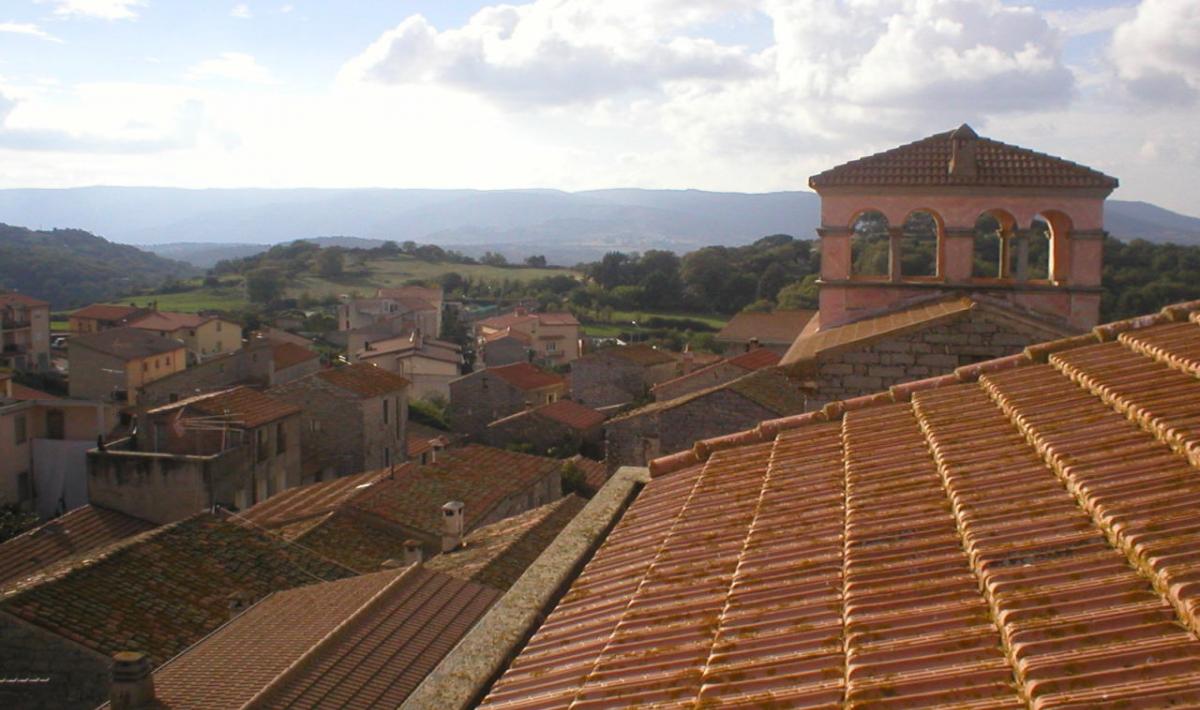 A small town on the border between the provinces of Nuoro and Sassari, in Sardinia’s central-north, with agro-pastoral traditions, ancient customs and prehistoric sites

It sits at the north-western edge of the Bitti plateau, a short distance from the river Tirso, in an area where ancient trails through woods of cork oaks lead to breath-taking views and sites of great archaeological importance. With about 250 inhabitants, Osidda is the smallest municipality in the Province of Nuoro, wedged between two territories, Buddusò and Nule, and surrounded by vast green expanses that invite long walks. In the Medieval period, it was part of the curatorial of Monte Acuta in the Giudicato of Gallura. Today it is a agro-pastoral town with close ties to its unique traditions. Its historical centre has retained fascinating architectural characteristics from the past: granite houses climb up narrow alleys paved with flagstones and overlooked by wrought iron balconies decorated with flowers that create scenic colour contrasts. Beam ceilings and rustic wood floors create warm and cosy environments. The imposing 19th century Palazzo Delogu, the town’s symbol, catches the eye. At the highest point in the town stands the Parish of Sant’Angelo, built in the 13th century. In May, the saint’s martyrdom and burial are celebrated, while laic festivities are held at the end of August. The city park is located a short distance from the church. On the main square, inside an old barrack, a miniature nativity scene with characters wearing traditional Sardinian outfits has been set up. In the town hall, you can visit an exhibition of historical photographs of the town.

The area surrounding Osidda has been inhabited since Pre-Nuragic times, as seen from the Punta Santu Paulu site to the north, where the town once stood. A few steps away, in the S’Impiccadolzu area, stands one of the tallest menhirs in Sardinia (over 7 meters in height): an imposing artefact immersed in greenery. The Bronze Age is represented by about fifteen nuraghes and various Giant’s Tombs. Some of the best preserved examples are S’Iscobalzu, with a five-meter-tall tower; the Piradolta complex (nuraghe and a Giant’s Tomb); Usanis nuraghe, perched on a granite mass and originally composed of two towers linked by a wall; and Merula, next to which a Well Temple once stood. The biggest site, however, is the village of Sa Contra e S’Eris, a charming and interesting Nuragic and post-Nuragic settlement. A short distance away but still in the Bitti territory, there is one of the most famous Nuragic sites of the island: the Su Romanzesu village/sanctuary.