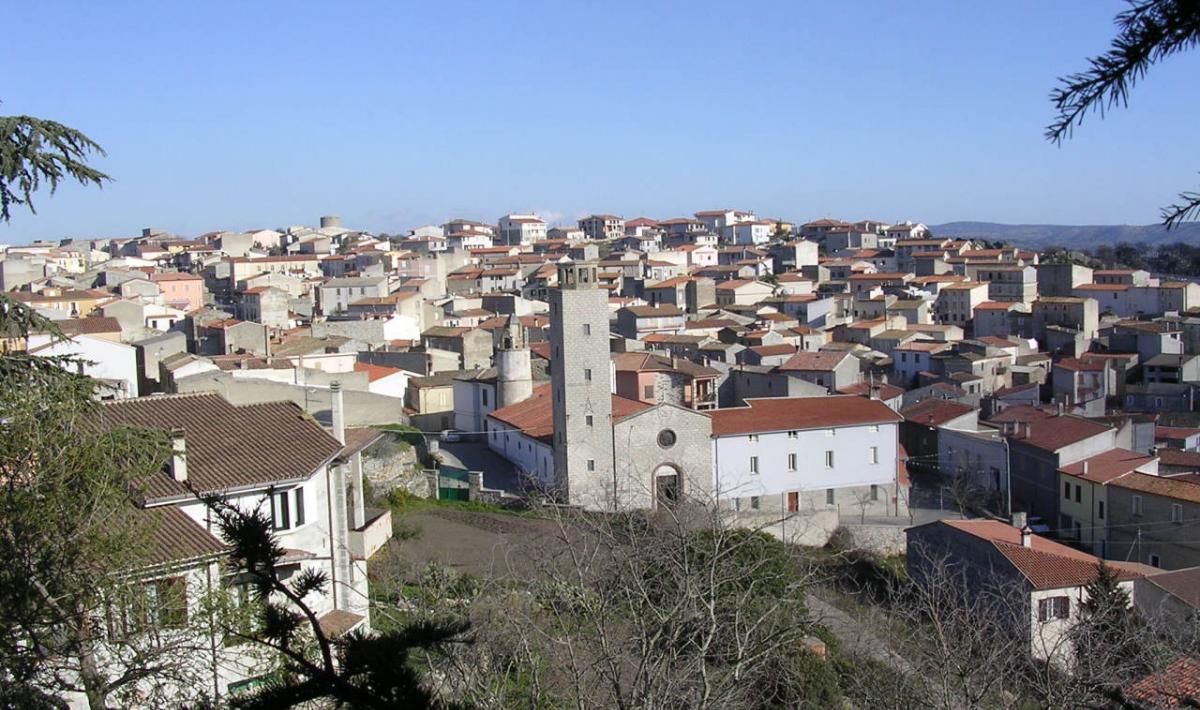 Famous for the art of weaving textiles, it is an ancient town of the Goceano region, in Sardinia’s central-north, surrounded by splendid panorama’s and prehistoric heritage
© OpenStreetMap contributors

It climbs to an elevation of 700 metres along the south-western edge of the Buddusò plateau: from its scenic view point, you can enjoy a panorama that encompasses all of the Goceano, with its alternating elevations, including the lush Mount Tolidda, plains and valleys cut by the river Tirso, creeks and mineral springs. Nule is a Late Roman or Early Medieval town populated by 1400 inhabitants. Nule, at the centre of a long dispute during the age of the Giudicato, is now famed for its textile arts. It is one of Sardinia’s towns most known for the production of refined carpets patterned a framas, with thin, brightly coloured flames, woven on extremely old vertical frames using techniques passed down through the generations. The weaving together of weft and warp generates a dense fabric with a back and front that are identical but opposite. The “flamed” patterns originate from ancient rites, while more modern patterns were designed by Eugenio Tavolara. At the end of April, Nule is the scene of Idda ‘e Manos Bonas when craftsmen open their workshops in a sort of a “know-how” fair. Equally skilled hands prepare the pasta, bread, sweets and pecorino sheep milk cheese, a specialty of this town with a long herding tradition. Streets, homes and churches bear signs of a thousand-year history. Specifically, the 16th century former Parish of Santa Croce, which houses a wooden crucifix, and the Parish of Santa Maria Assunta. A Catalan Gothic church (1601) with two bell towers (one with an unusual cylindrical shape), housing a Baroque wooden altar and valuable paintings.

Nule’s surroundings are an open-air archaeological museum. First traces of human presence in the area date to early Palaeolithic (30-10,000 BC). There is evidence of numerous Neolithic settlements: in addition to fragments of ceramics and tools, there are dolmen and menhir. During the Bronze Age, the area was densely populated, as seen from 18 nuraghes and three Giant’s Tombs. Of particular note, the nuraghe complex of Istelai and the village of Santu Lesai, known for a bronze statuette of Nule, depicted having an animal body with a human head, found in the area. Housed at the National Archaeological Museum in Cagliari, it may be an ex voto of the water cult. The most majestic, significant and best-preserved monument of the area sits seven kilometres from the town: Nuraghe Voes, dated to 1200-1000 BC, a period when the Nuragic civilization was at its peak. A complex structure composed of a central tower originally two stories high surrounded by a three-lobed bastion enclosing a courtyard. The towers are linked by curtains similar to those of Nuraghe Santu Antine in Torralba. The walls are composed of carefully shaped granite masses of decreasing size. Various Imperial and Republican Rome copper and silver coins and a Punic-age pottery fragment were found here. It joins other Phoenician-Punic pieces - a type of funerary urns - found at other Nuragic sites (s’Agara, Isporo and Tolidda).

A town of many attractions: it is one of Sardinia’s towns most famous for carpet weaving and sheep milk cheese, surrounded by a fairy tale landscape and fascinating Nuragic sites