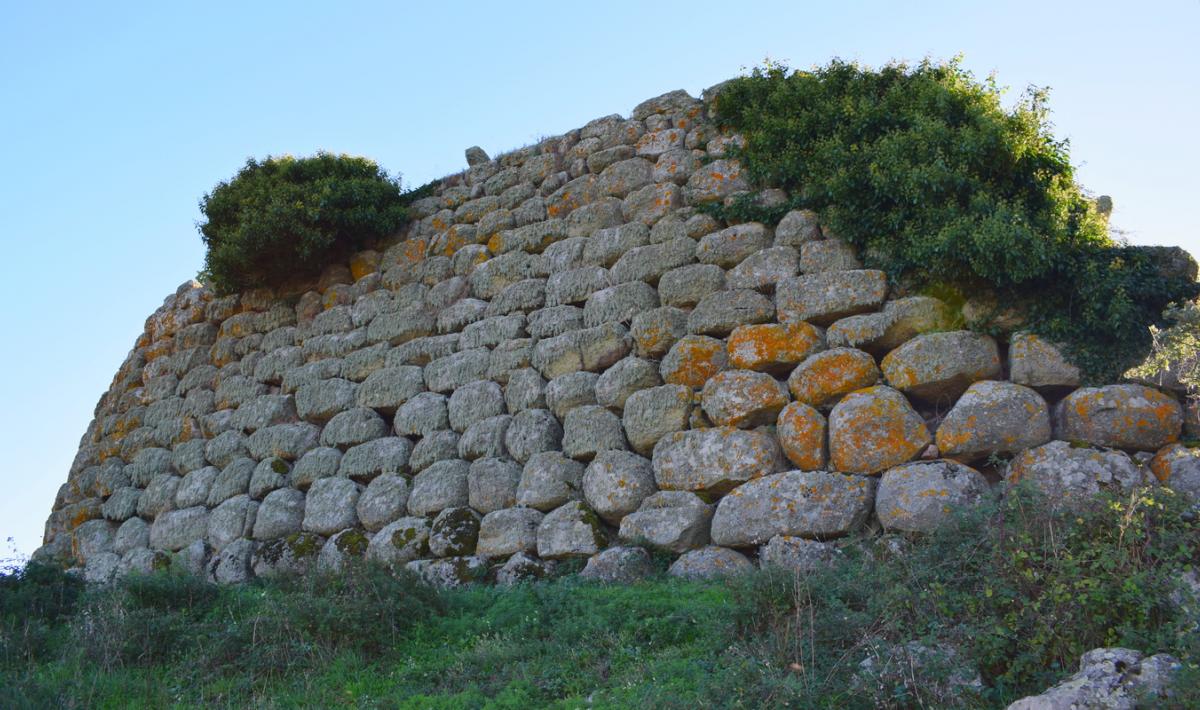 Imposing yet elegant architecture: at Nule, in the Goceano area, is one of the best preserved Nuragic monuments in all of central-northern Sardinia
© OpenStreetMap contributors

It is by far the most significant Nuragic legacy of Nule, an area with a high density of prehistoric remains and one of the best preserved in central-northern Sardinia. Perched at 700 metres at the south-western high plain of Buddusò, the Voes nuraghe dominates a panorama that spans all of the mountains of the Goceano, all the way to the valley of the lower Tirso river. The monument is located about six kilometres from the small town famous for its textiles and, above all, for its elegant carpets graced with framas designs, whose roots can be traced to the late Roman-high Middle Ages.

The monument is grandiose and its fundamental components remain intact, although they were never maintained or even the object of archaeological digs. Dated to the between the middle and late Bronze Age (1600-1000 BC), Voes was subsequently inhabited in later eras, as proven by a fragment of Punic ceramics and a hoard of copper and silver coins from the Imperial Age found there. The structure is a complex one, made up of a central tower which, it is believed, was once composed of three storeys. Around it, added at a later date, is a tri-lobed bastion: the three towers are connected by a corridor and laid out concentrically. At the entrance is a short corridor that leads to a small rectangular courtyard. The walls have openings that lead to the corridors that provide access to the rooms of the central tower and secondary spaces. The tower, aside from the circular room, has three niches set in a cross pattern with a tholos roof. To the left is a spiral staircase that leads to the rooms of the upper floor, where there are another three corridors that lead to the three secondary towers. The curved line of the tower makes it similar to the famous Santu Antine nuraghe at Torralba, while the bastion bears resemblance to the Losa nuraghe at Abbasanta.

The entire area around Nule is an open-air archaeological museum that includes a wide variety of Neolithic settlements, from dolmen to menhir, and plenty of Bronze Age remains: 18 nuraghe with surrounding villages, three giant tombs. The village of Santu Lesei is also of great importance, famous for the little bronze statue of Nule, an image featuring the body of an animal with the head of a man. It can be seen at the National Archaeological Museum of Calgari. At the end of the archaeological excursion, in the centre of Nule, a town made up of narrow streets lined with ancient stone houses, you can visit the XVI century former church of Santa Croce and the new church of Santa Maria Assunta, built in Gothic-Aragonese style, home to a wooden Baroque altar and valuable paintings.

Explore an amazing monument from the Bronze Age, majestic and entirely intact, witness to thousands of years of history and proof of the great architectural ability of the Nuragic peoples