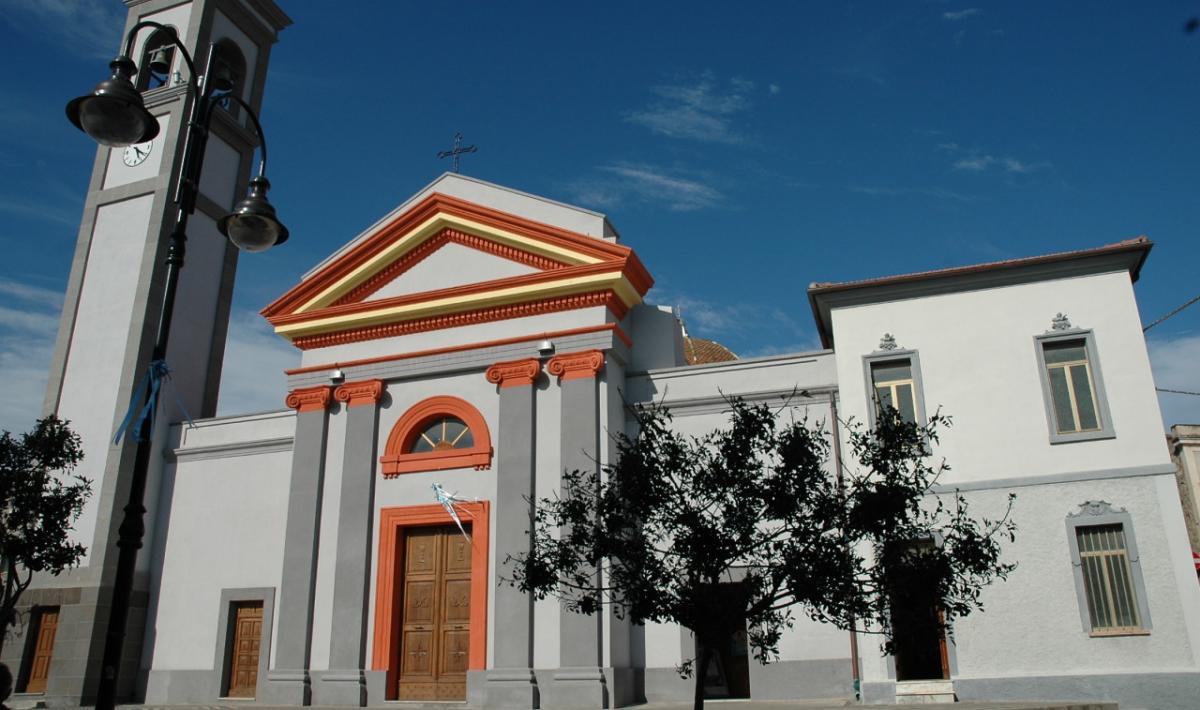 A farming town in Medio Campidano, 35 kilometres from Cagliari, in Sardinia’s south, characterised by cultural and archaeology site, beautiful nature and craft traditions

Its residential area has an elongate shape, almost parallel to SS131, the island’s main transport artery. Serrenti is a town of almost 5000 inhabitants sitting on a gentle slope along the western edge of the south-central Campidano plain, skirted by Riu Cardaxiu. It is the area where the fertile Campidano plain gives way to mildly rolling hills: the landscape starts to mutate and Mediterranean shrubs take over for cereal-cultivated fields and vineyards. The area is rich in sites of naturalistic, artistic and archeologic interest. The most notable of these are the Nuragic Nuraxi Oliri and Bruncu su Nuraxi sites and the well temple in Cuccui. The latter is surrounded by a flourishing cork oak forest that is extremely rare in Medio Campidano. Prehistoric findings of great interest were unearthed at Sa Tellura. Two large outcrops near SS131, known as Perda Longa are unique. They are topped by the scenic park of Monti Mannu. Recently reforested, it offers views of the golfs of Cagliari to the south and Oristano to the west. On April 25, at the summit of the park’s mountain, visitors can participate in the ecologic walks, tastings, music shows and athletic competitions of the Vivere Serrenti event.

The town draws its income primarily from farming, with durum wheat, tomatoes, artichokes and even asparagus being cultivated. A relatively new crop to the area, asparagus is at the centre of a popular May festival. Farming is rounded out by different crafts, most importantly, stone carving. Near Serrenti, there are mines of excellent quality trachyte, used in the construction of important sites, such as the courthouse in the capital city.

The centre of Serrenti is occupied by the 17th century Parish of Maria Immacolata. The patron saint’s Feast Day is celebrated on December 8 with a solemn procession accompanied by folk groups, traditional music and poetry competitions. The town has two other churches dedicated to Saint Giacomo, with a feast day in late July, and to Saint Vitalia, who was martyred in the Amphitheatre of Cagliari during the rule of Emperor Adriano. Her Feast Day is celebrated in early October and is most revered by the local community. Other important cultural sites in the town include the Municipal Theatre, inaugurated in 2006, the adjacent Casa Corda and the former slaughterhouse, which now host the library, events and festivals.

Less than half an hour from Cagliari, you will discover a farming town submerged in beautiful scenery and cultivated fields, famous for stone carving