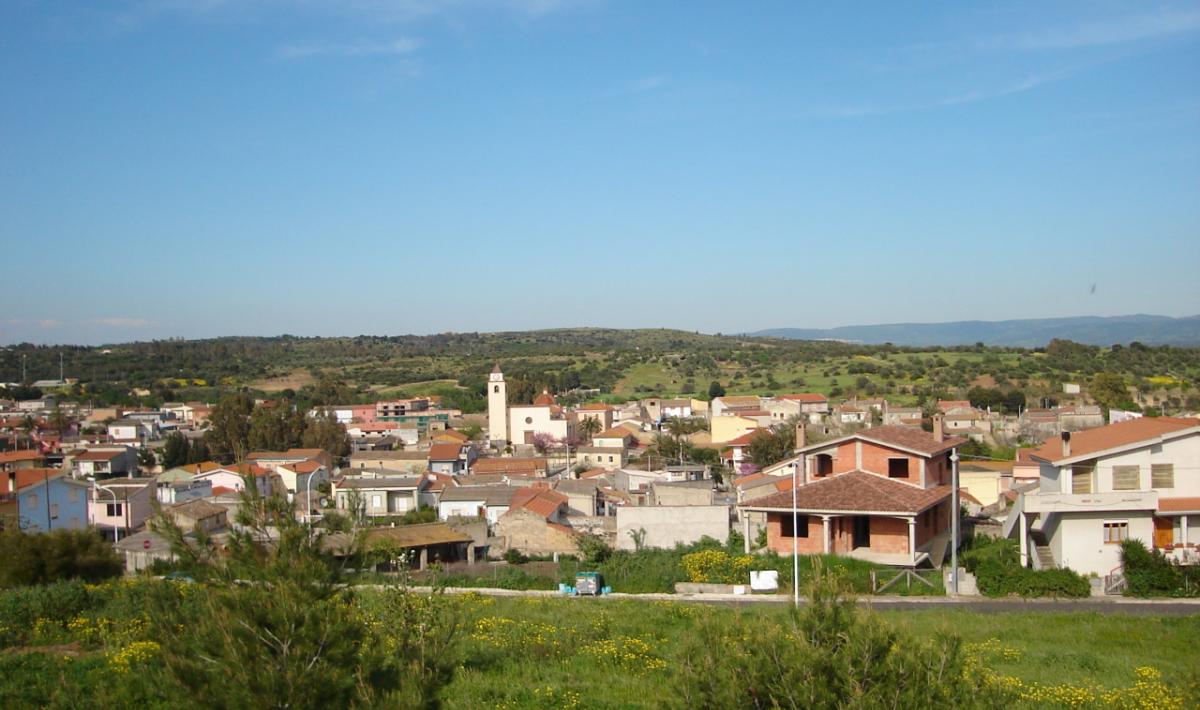 A small farming town in Trexenta, in Sardinia’s central-south, with deep-rooted traditions and ‘gems’ of Pre-Nuragic architecture, including some of the Islands most mysterious sites

It is situated at the bottom of a valley surrounded by rolling, fertile hills covered with fruit orchards, vineyards, grain and vegetables fields. Primentel is a town of 1200 inhabitants in Trexenta. In ancient times, it was a ‘granary’ of Rome, the presence of which is apparent in the settlements of Sioccu, Villa Dei and Santu Sibippu, which was erected on top of a predating Nuragic site. Other important Nuragic sites include the ruins at Tanca Mastia and the remains of the Santu Pedru Nuraghe. The town was founded around 1670 after the unification of two villages, Nuraxi and Saceni, separated by the Funtana Brebeis river, which now crosses the town. Pramantellu (in the Campidanese dialect) is full of history, tradition and archeological sites. In the town centre, stands the Parish of Madonna del Carmine. Dating to the end of the 17th century, it houses the 19th century marble altar and an ancient hand-made organ. The church’s patron saint is celebrated in mid-July. One of the town’s (and all of Trexenta’s) oldest celebrations, also honouring the Virgin of Carmine, is called Su Cramineddu. It is associated with the Festival of S’Accodiu and includes a procession in traditional dress. In February, Madonna of Laurdes is honoured with a procession to the Caves of Sa Ruta.

Along the road to Guasila, the eye is drawn to two sites just a few kilometres apart dating to the Recent Neolithic and Copper ages (3200-2000 BC): Domus de Janas of Corongiu and the Necropolis of S’Acqua Salida. The first, a single tomb, is composed of an access well, an antechamber and a chamber with an etched drawing highlighted in red (a symbol of blood and the regeneration of life): a vertical element opening upwards into two spirals. According to archaeologists, it represents the nose and eyes of the Mother Goddess depicted as the “Eye Goddess” that watches over the dead. Other etched, symbolic drawings are positioned to the sides. The necropolis, on the other hand, is a unique architectural selection of all the Pre-Nuragic burial types, with exceptional architectural features: columns and pillars, ritual ablation baths, niches, offering tables, chapels, recessed doorways, and traces of red painted decorations. It is etched into the Pranu Efisi relief, into two sandstone masses 150 metres apart: four Domus de Janas in one, and three pit tombs in the other. Tomb I with its long corridor, antechamber with painted doorway and main chamber with three burial cells is noteworthy. Two tombs have relief decorations imitating the wooden beams of sheds. The wall of another hypogeum contains depictions of bull protomes (symbols of strength and male fertility). The Goddess Mother and Bull God are Pre-Nuragic deities, symbols of life and fertility, both depicted in the domus of Primentel. Pottery from the Roman Republic period and the High Middle Ages has been unearthed at the necropolis.

You will discover a small farming town on fertile lands, a Roman granary, made famous by its Prehistoric funerary sites full of sensationally symbolic features 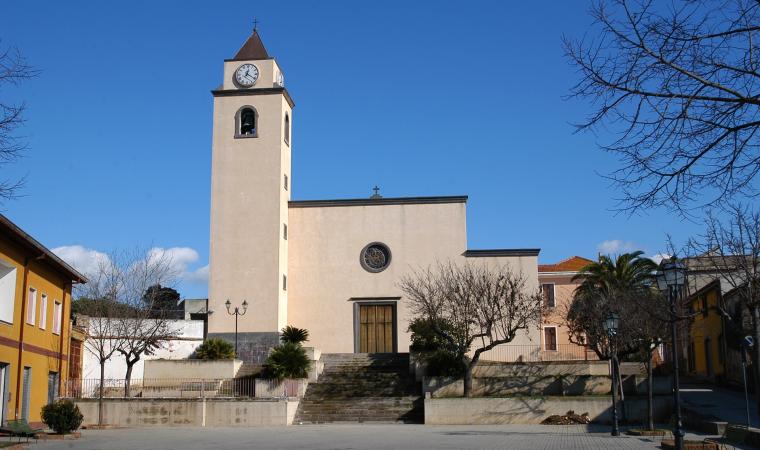 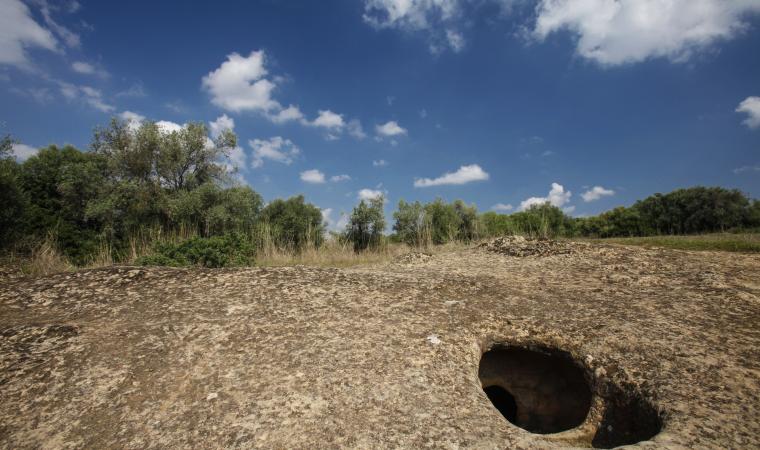 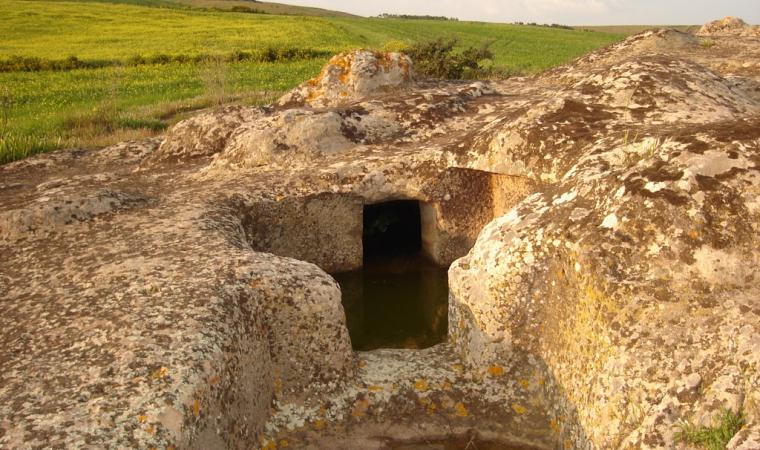 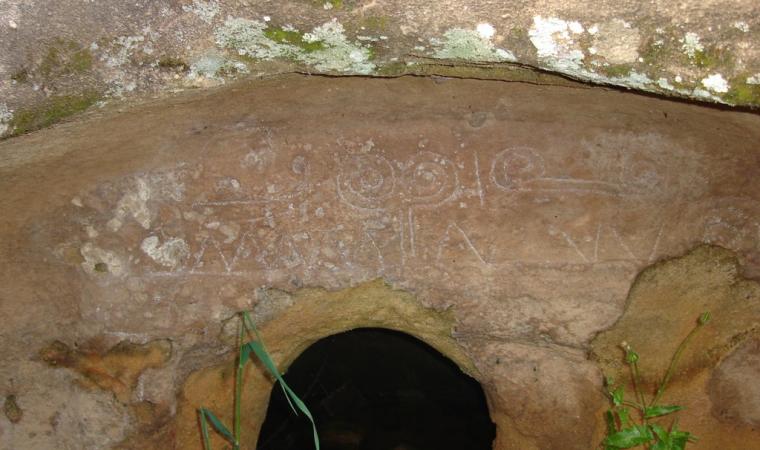