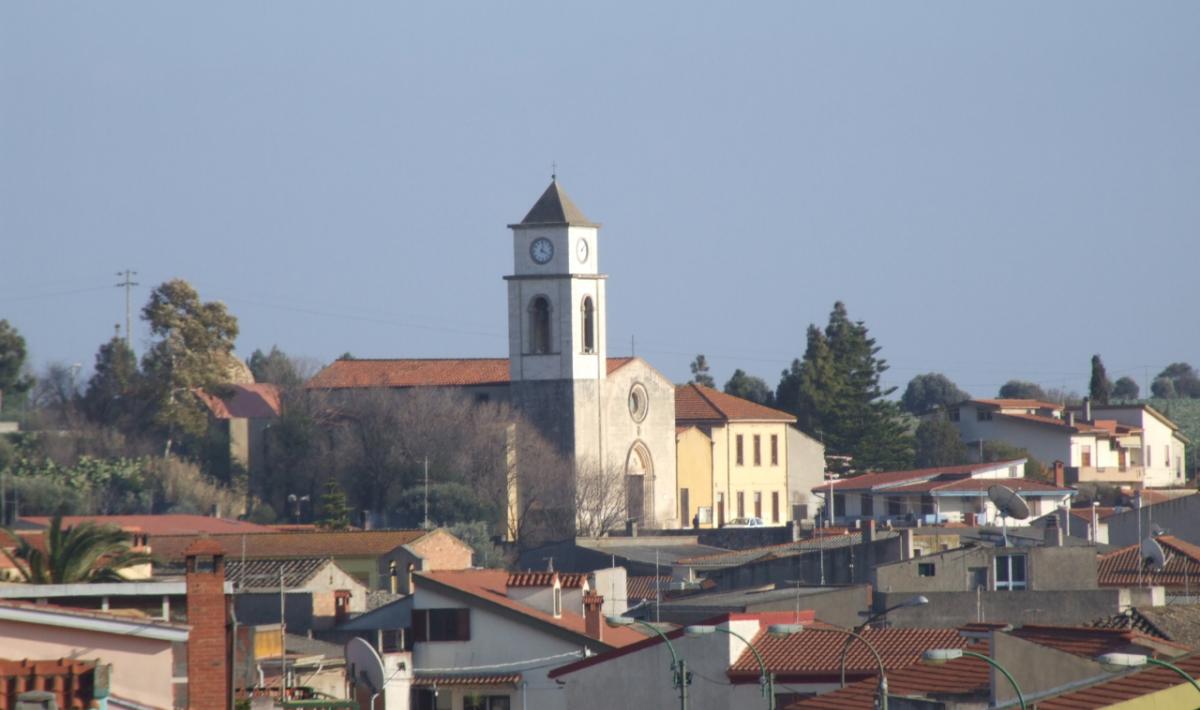 The important agricultural town, in the Medio Campidano province in southern Sardinia and 40 kilometres from Cagliari, is famous for festivals, its Romanesque church and great archaeological heritage

Crossed by the river Mannu, Samassi is one of the most productive agricultural areas of the Medio Campidano thanks to the fertility of its land. Samassi is a town of 5,000 inhabitants that, since its very origins (with evidence dating back to the year 119), has been dedicated to the cultivation of grains, vines, fruit, vegetables and, above all, violet artichokes. Ever since 1987, the artichoke festival has taken place each December, along with an agricultural-food fair and market, during which you can taste local gastronomic specialties. Throughout the event, the traditional Campidanese houses are opened, originally belonging to peasant families, built in Ladiri (mud bricks). On a hill in the historic centre stands a jewel in Romanesque architecture, the quaint Chiesa di San Geminiano, arising on the site of a Byzantine building of the 10th century, with some of its marble pilasters reused in the Romanesque layout. It was likely then rebuilt in the 13th century in vulcanite from the Serrenti quarries. Santu Millanu is celebrated in mid-September with the Sa Festa Manna, being the most heartfelt and once the only feast day of the agrarian calendar. The main church is the Gothic-Aragonese parish Chiesa della Beata Vergine di Monserrato, constructed with blocks of tufa at the end of the 16th century. The patron saint is celebrated on 8th September. Other interesting churches are in honour of Santa Margherita di Antiochia, of Byzantine worship celebrated at the end of July, and of San Giuseppe Patriarca, erected in 1652. At the end of May in the Oasi di Sant’Isidoro there is a farmers’ festival with a procession of decorated ox carts and tractors. Symbolic buildings are the elementary schools, with Samassi being amongst the first Municipalities to establish public schools (1824). In a land connected to traditions and festivals, the Carnevale Samassese holds a prominent place, combining allegorical wagons and sweet delights since the mid-20th century. The carnival opens with the Fuochi di Sant’Antonio Abate in mid-January. From mid-June to mid-September each weekend, there is the Estate Samassese event featuring shows, concerts and food festivals. The Festa Europea della Musica (European Music Festival) is also held in June, open to established musicians and emerging groups alike. The local musical soul is represented by the band ‘Stanislao Silesu’.

The first settlements in the territory date back to the late Neolithic period (3500 BC). Remnants were found in the locality of Palatziu, whilst Palamuras was the site of a pre-Nuragic settlement. The discovery at Sa Mandara of two idols depicting the mother goddess, exhibited at the National Archaeological Museum of Cagliari, was of great resonance. In the remnants of a Nuraghe in Stani a copper dagger and a sandstone Nuragic tower have been found. The remains of villages and burial grounds in the same prehistoric location and in others testify to the ‘Romanisation’ – Samassi was one of the main rural communities of the Campidano in the Roman era. The most unusual archaeological monument has come to light on the hill of San Gemiliano: a Vandal necropolis of tombs with barrel-vaulted chambers, an almost unique architectural example on the island, which confirms the passing of the Vandal tribe in the mid-5th century.

This is the town of artichokes and culinary specialities, home to a carnival and other traditional festivals, a very rare Vandal necropolis and a Romanesque architectural jewel