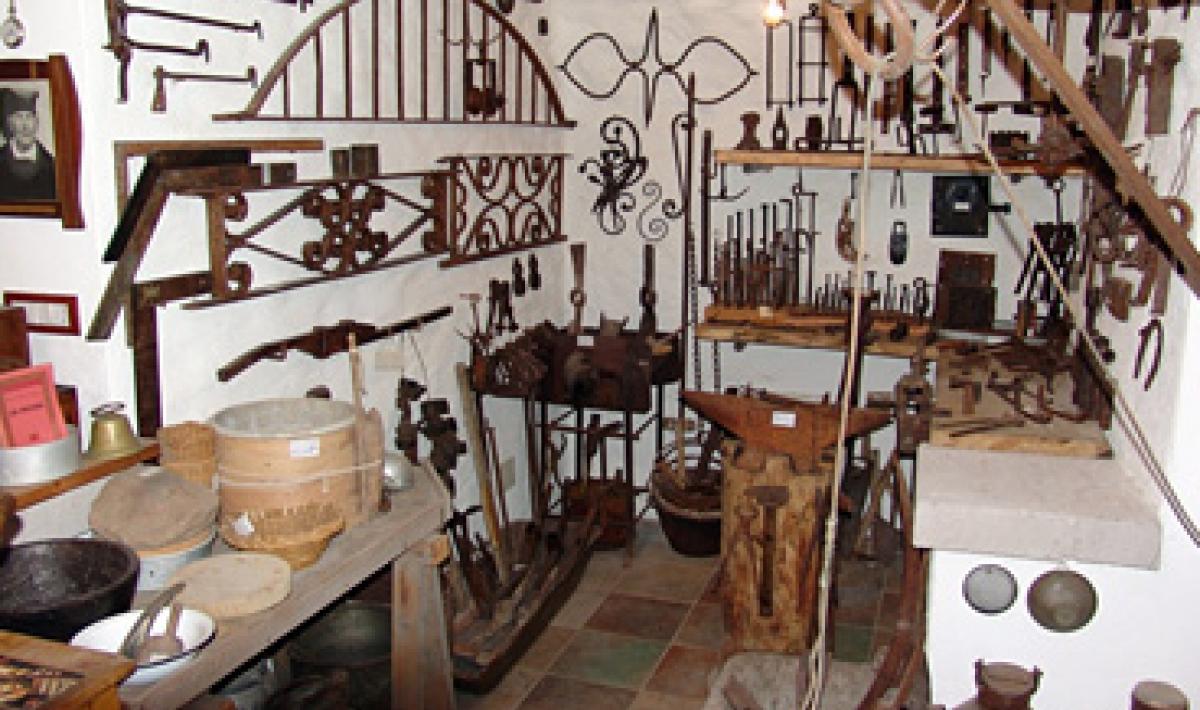 This museum is in Ozieri. Its naïf layout creates an unusual ambience, with a striking abundance of displays, arranged more according to fancy than to modern museum canons, creating a stimulating and captivating atmosphere. It is the brainchild of Giuseppe Saba, a son of Ozieri himself, who over many years has collected, saving them from otherwise inevitable loss, a large number of daily life objects from the small town's peasant culture and ancient craft workshops.

The Taverna dell'Aquila - the Eagle Inn, is thus an exhibition midway between an actual inn and an ethnographic museum. It takes its name from a striking stuffed eagle, gifted to the museum by the family of Ozieri-born painter Giuseppe Altana.

The exhibition focuses on several themes: craft activities, the peasant culture, a wine collection and a mineral collection. The first room is largely taken up by a collection of spirits and wines, mostly from Sardinia and the rest of Italy: in all, more than 2500 1-litre bottles of wine and about 700 miniature bottles. The most prized pieces are a local wine from the 1927 vintage, and especially a large selection of vermouth, liqueurs and distilled spirits from the 1940s, '50s and '60s with their original fascinating labels. The company of Torquato Marogna, a local soft drink producer, is acknowledged with a stylish soda siphon and a selection of soft drinks no longer in production, including the once famous "spumetta", a kind of Italian coke.

Some rosolio liqueurs produced by the museum owner himself are also on display: Brindel, Dolce Sogno and the Allegretto di Ozieri, sweet companions in relaxed small-town get-togethers, served in tiny period tumblers.

But there is plenty more to catch the eye: the corner with the doctor's traditional equipment, and the shoemaker's, blacksmith's and barber's shops. The farming culture tools include now forgotten items with bizarre names, such as the "rompiballe", a kind of three-toothed rake used to scatter fodder for livestock, or the "zanzara" (mosquito), a special plane for finishing blocks of soft stone.

There are also keys, locks and wrought iron handles, and artistic ceramic insulators, bearing witness to Ozieri's claim to having been the first electrified town in Sardinia (1907). Another section is devoted to traditional household ware: primitive cooking burners made from a tufa stone block, sieves and a baker's shovel for making Ozieri's traditional flatbread (spianata sarda) and radiators of all shapes and kinds. Last but not least, a collection of minerals and fossils from around the world.