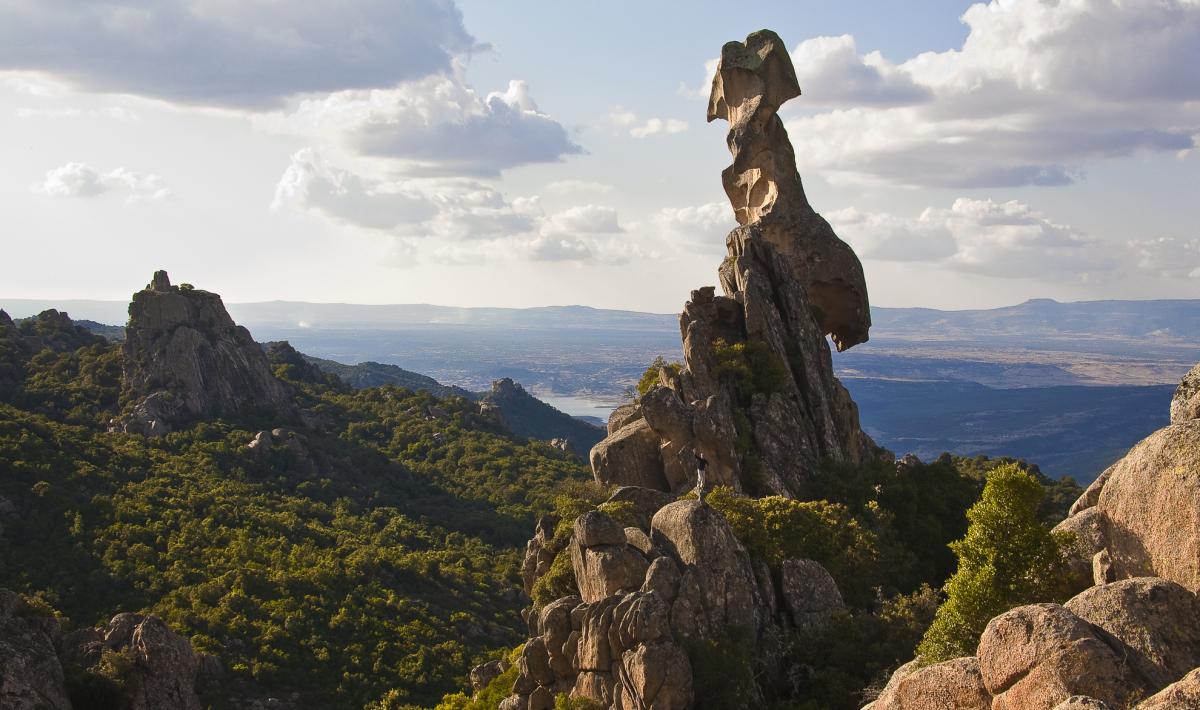 On the southwestern slopes of the Gennargentu massif, in the exact centre of Sardinia, lies a small village with ancient traditions and a lush territory rich in natural monuments

It is located at an altitude of over 700 metres on a granite plateau, surrounded by the mountains of Barbagia di Ollolai, covered by dense oak, cork oak and holm oak woods, and characterized by massive rocks sculpted by the weather, among which the two rocks of Sa Crabarissa, with a feminine appearance, and that of Sa Conca de su Cannizzu, shaped like an eagle. Austis is a little village with approximately 800 inhabitants, well-known for its agritourism facilities that will allow you to enjoy typical local dishes like sa fregula stufada, based on wheatmeal pasta baked in the oven. The breeding of sheep and goats it its main activity.

Beautiful granite houses distinguish the historical centre of the village. They are organized around the parish church of Beata Vergine Assunta, dating back to 1567 - as is confirmed by an inscription inside the building - in which there are various sculptures by Austis-born artist Elio Sanna, among which a crucifix, made from a single piece of wood from a wild pear tree. The most important religious celebration takes place in September, dedicated to St. Anthony of Padua. The church in his honour, built in 1669, is situated in the locality of Sa Sedda de Basiloccu, and inside it there is a precious Baroque altar.

The name Austis dates back to the Roman period and refers to the Latin base Augustis. The area in which the village is located was already inhabited in prehistoric times, as confirmed by the various nuraghi scattered around and dating back to the Bronze Age (beginning in 1700 BC). Subsequently, its territory was probably inhabited by the Nurensi tribes or the Celsitani tribes of the Gennargentu, that were in command of the Imperial army in the 2nd century AD. Austis emerged as a 'stazzo', a stopping place in the Roman-Augustan period, along the road that led from Karalis (Cagliari) to Olbia, passing through Forum Traiani (now Fordongianus).

You will visit a typical village in the centre of Sardinia, with agricultural, cultural and food and wine traditions. You will be impressed by several original rocks in its territory