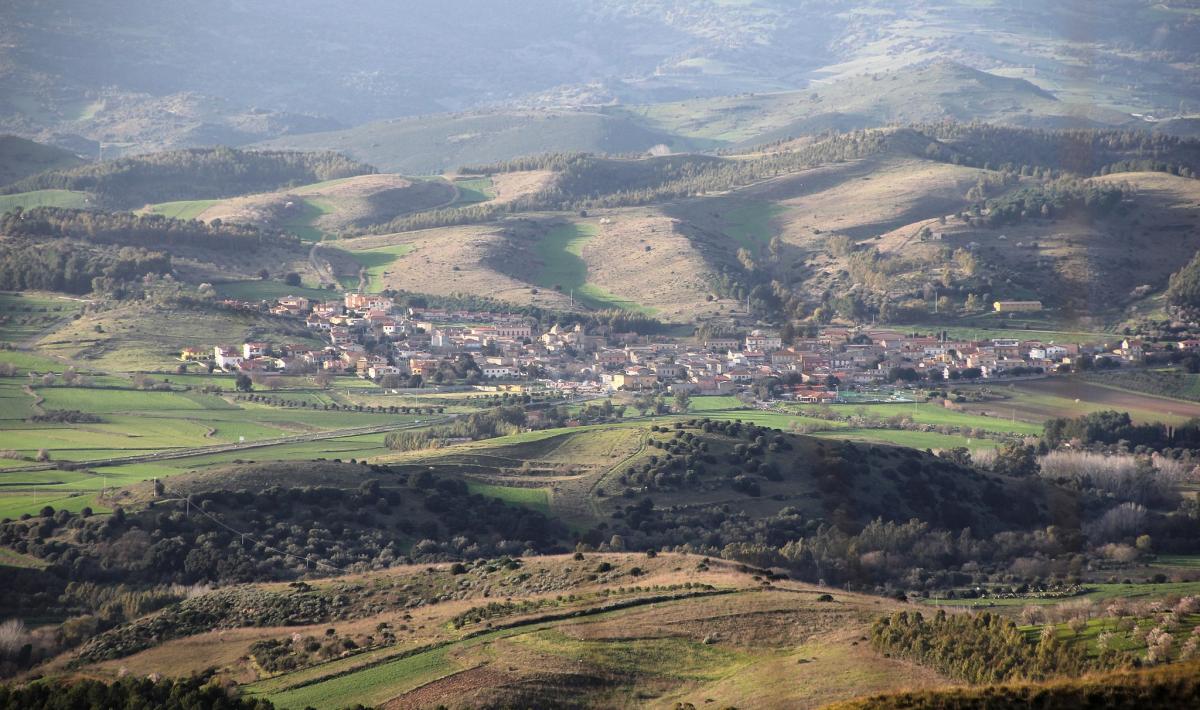 A small agro-pastoral town in the Campidano plain of Oristano, from which it is 45 kilometres away, in Sardinia’s central-west, characterised by a beautiful historical centre

Set in the gentle landscape of northern Campidano plain, it is the town of gates: dozens of various architectural value can be seen in the town centre. Simala a small town with 350 inhabitants in Upper Marmilla. Founded in a fertile valley crossed by Rio Mannu and cultivated for cereals, legumes, fruit, grapes and olives. The river, once called the ‘sacred river’, flows through cane thickets and groves of poplars and willows in a sacred pre-Nuragic area with a menhir related to the water cult in its centre. It is the most important Neolithic site in an area at the foot of Monte Arci Park and its deposits of obsidian, the Prehistoric ‘black gold’ of the Mediterranean. Numerous Bronze Age sites are in the area: the Giant’s Tomb of Piscina Craba and about a dozen nuraghes. Following Roman conquest, the area was densely populated and mined for lead and silver. Evidence of many settlements and traces of a road connecting Neapolis to Uselis are still visible. The most important Roman site is the Rustic Villa of Gemussi, equipped with thermal baths embellished with mosaics and other decorations. The Paleo-Christian Cemetery of Santu Sadurru is also of note.

The town’s name is said to derive from the Semilitenses, who lived here before the arrival of the Romans, or from the Greek thymalla, euphorbia, which is abundant in the area. The original town is Early Medieval in age. The first mention of the town dates to the end of the 11th century, during the rule of the Giudicato of Arborea, when the Church of Santa Caterina d’Alessandria was given to Vittorini monks. The church is one of the Byzantine holy houses that have been destroyed, just as the villages of Pardu and Gemussi, but whose names are still in use. The current town is arranged into two axes at the intersection of which stands the Parish of San Nicola, a unique example of 18th century sacred architecture characterised by an extremely original dome. It houses prized marble and wood altars of the Piedmont and Liguria schools and decor including silver items (15-19th centuries), 18th century vestments and hand-made carpets. During the patron saint’s feast in early December, chestnuts and novello wine are offered around a bonfire. In early October, Saint Vitalia is celebrated at the country church dedicated to her with a procession in traditional dress. The town centre also contains a grain bank and noble residences of Neoclassical inspiration: the oldest is the residence of the Monserrat Deana family (1554). The winding side roads are lined with “rural” courtyard houses, with porticoes surrounding cobbled courtyards. The facades are embellished with monumental gates. Some houses have two, one to enter the house and another to enter the porticoes. In total, there are about 60, with exposed stone, arches, wood architraves, friezes and terraces. A unique characteristic with respect to other nearby towns is the presence of ‘pigeon lofts’ over or next to the doorways.

Monumental gates are the distinctive characteristic of a town with a long history, interesting archaeological sites and charming ancient churches 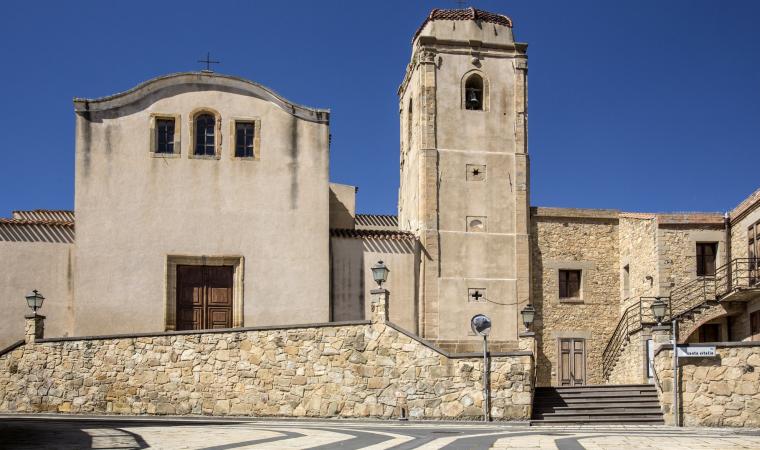 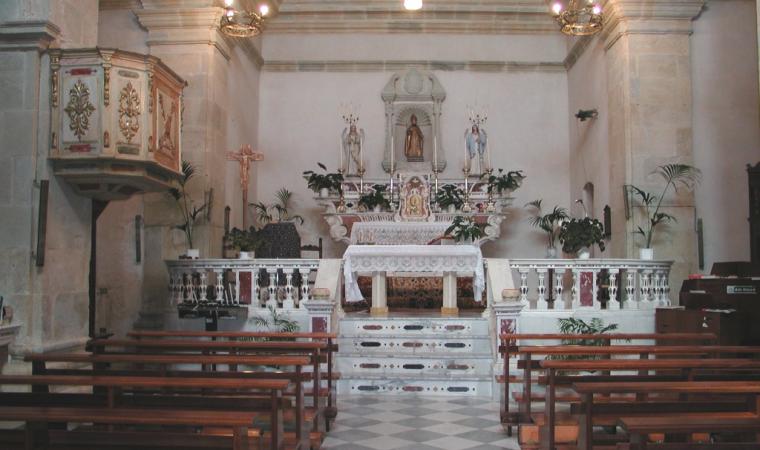 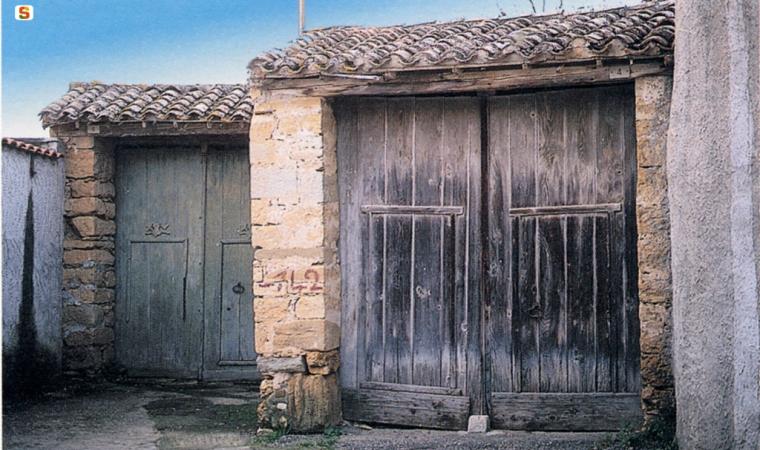