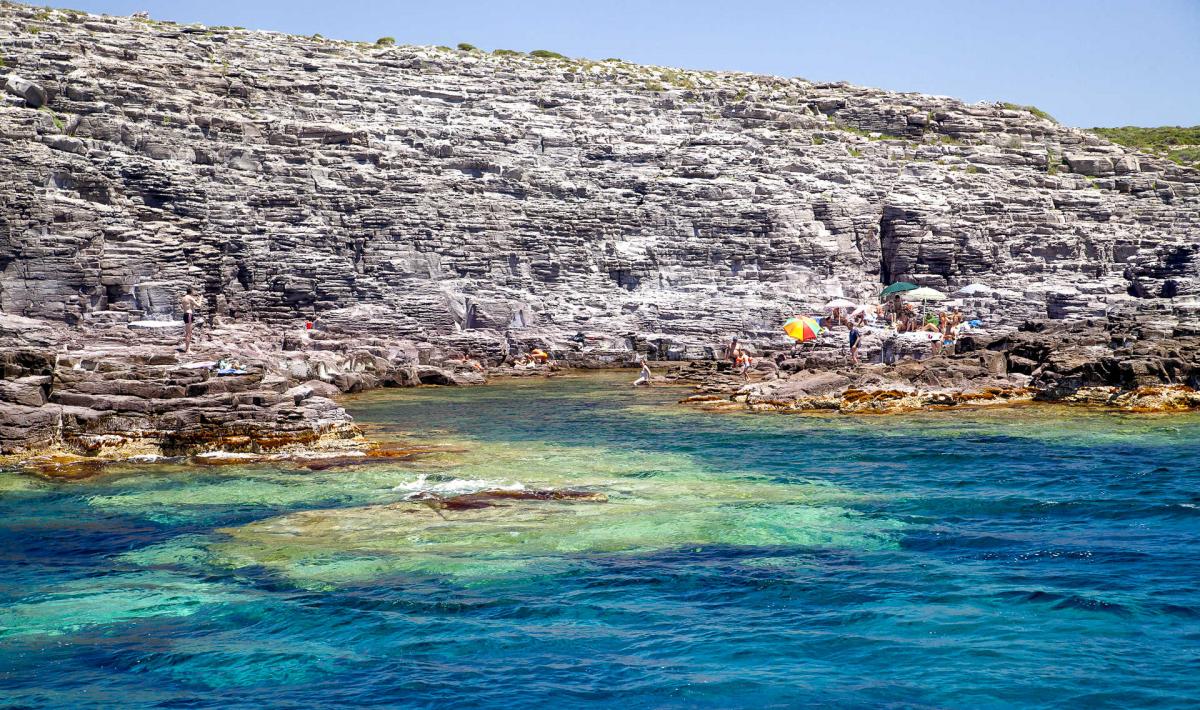 A natural pool where you can relax and have fun diving and swimming in the clear water and rocky seabed of one of the islands that symbolise the Sulcis archipelago, in the far south-western tip of Sardinia

This is one of the main attractions of San Pietro, in the territory of Carloforte. La Conca is found in the Mezzaluna gulf, in the southernmost tip of the island, and is characterised by plunging cliffs, a rocky seabed and clear, deep water. The rays of the sun create multi-coloured reflections thanks to the high, dark rocks. This is the ideal place to relax and have fun, especially if you love swimming.

The beach has a car park and is popular with underwater fishing, diving or snorkelling enthusiasts. An unforgettable panorama is also guaranteed for cavers, with several caves opening onto the cove. The surrounding landscape is completed by Mediterranean bushes, such as cistus, strawberry trees and myrtle.

La Conca is one of the many wonders of San Pietro, the second largest island in the Sulcis archipelago, 40 minutes by ferry from Calasetta and Portoscuso, surrounded by fragmented coastline and stupendous coves. To the north is the romantic Cala Vinagra; to the northwest a deep inlet that ends in the enchanting Cala Fico, designated LIPU reserve to protect the Eleonora's falcon; to the west the impressive promontory of Capo Sandalo, dominated by Italy's most western lighthouse, built in the 19th century; lastly, to the south are the two pillars that symbolise the island, known as Le Colonne.

The cliffs also provide refuge for other bird species: the peregrine falcon and the Corsican gull, while the salt marshes are home to pink flamingos and black-winged stilts. Carloforte is the only town. Its inhabitants, who are descendants of the Pegli fisher folk from the island of Tabarka, speak Tabarchino, a Genoese dialect. Tuna fishing has made the island famous all over the world, as demonstrated by a 17th century tuna boat on the rocks near the Punta beach. Every year, between the end of May and early June, this tradition is celebrated with an international culinary event called the Girotonno.

Slip into a clear, deep, natural pool with all the colours of blue, surrounded by high, dark cliffs, caves and Mediterranean brush 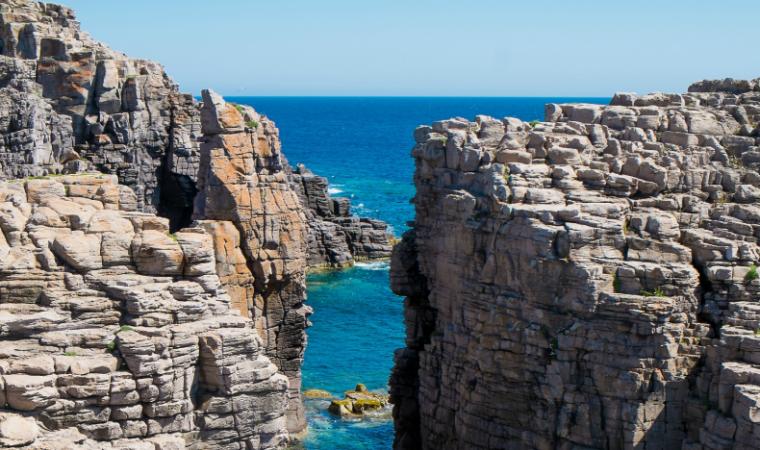 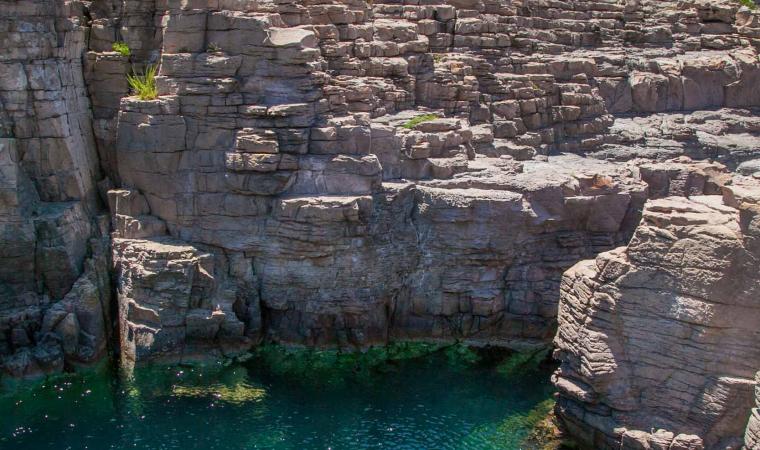 La Conca is found in the locality of Golfo della Mezzaluna on the Island of San Pietro in the municipal area of Carloforte. It is reached by going along the 102 provincial road from the harbour of Carloforte and following the signposts for the beach.