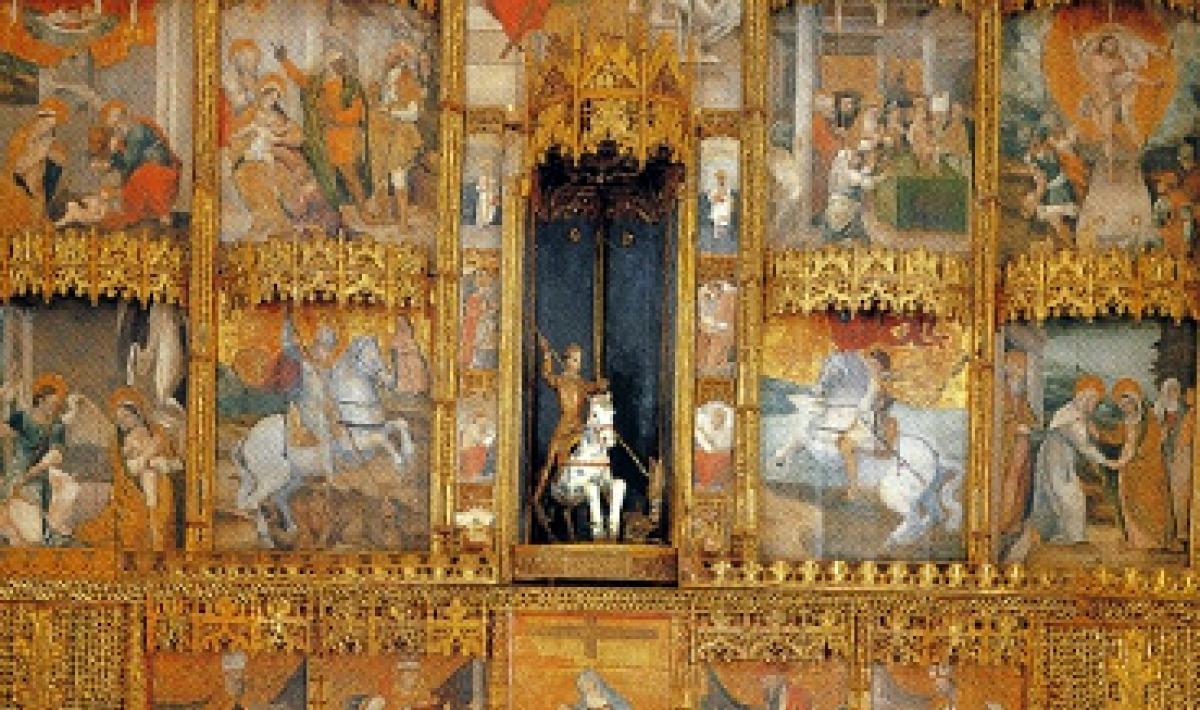 The Retablo of San Giorgio, in Perfugas, is housed in the chapel of the same name in the Parish Church of Santa Maria degli Angeli.

This retablo, the largest in Sardinia, with no less than 14 panels, was painted by an anonymous artist in the 16th century and forms the background to the other religious artworks on display. The soul of the exhibition is the small collection of painted wooden statues. the finest one being a 14th-century statue of the Virgin.

The retablo is accompanied by two striking pieces: the statue of the Saint, which predates the retablo, and the maiden who, according to legend, was freed from the dragon.

The museum also has a collection of silver and gold pieces, some rare items and parts of a Sardinian woman's costume from the 17th-18th centuries. One especially interesting piece is a cross-reliquary, from a 16th-century Sardinian workshop.

Ancient documents are also on display, including one of the earliest extant parchments consecrating a church: it is the record of consecration of the Church of Santa Vittoria, today in the territory of Erula, dated 1120. This is accompanied by a later re-consecration parchment, dated 1320. The former deed mentions the name of the first-known Bishop of the ancient diocese of Ampurias: Nicolaus Galuleiu.