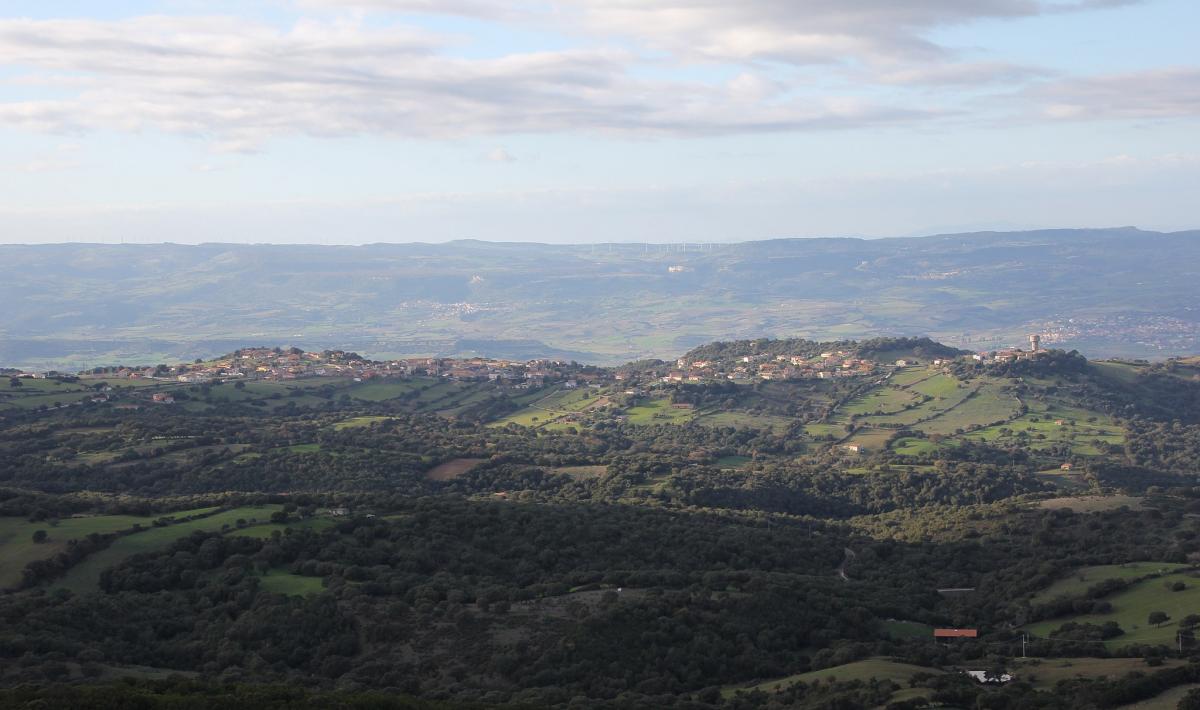 A small town in the Anglona region to the north-western of Sardinia, it has been autonomous since the end of the 20th century and is a great treasure-trove of historical and archaeological finds
© OpenStreetMap contributors

Originally a fraction of Perfugas, Erula was officially founded in 1988 by the ‘scorporo’ (separation) of the territory into four towns. A village of about 800 inhabitants within Anglona, Erula was built in the 19th century by around fifty Gallura farming families hailing from Aggius, Bortigiadas and Tempio Pausania, who imported traditions and dialectal variety. They settled in Su Sassu, once a forest also populated by deer, fallow deer and rare species of birds. Its origins can perhaps be traced back through the usual winter transhumance of the shepherds. The first houses were constructed in the Su Nuraghe district. The city centre is spread out, as is typical of Gallura stazzi, and extends to the main street. Erula was formed starting with the Chiesa di Nostra Signora del Sacro Cuore (1932), a parish that includes historic churches of the fractions Erulesi, in particular the sanctuary of Santa Vittoria di Su Sassu, in Romanesque style, possibly attributable to the Victorians of Marseilles. Parchments, intact to this day, reveal that it dates back to 1120 and are the oldest document on Sardinian churches.

The territory of Erula has been frequented since Neolithic times, as evidenced by the Domus de Janas near the town. Its wooded plateau and richness in springs was favourable for the Nuragic settlement, as is evidenced by the remains of the Erula nuraghe ancient megalithic edifices atop a hill, around which the first nuclei of the medieval village were built, Pubattu, Sa Toa (or, Poligosu) and the incomplete Nuragheddu, around which numerous boulders are scattered, all useful for the study of Nuragic architecture. Perched on an elevation is the nuraghe Spiene, known for the discovery (1925) of a votive ship with a deer protome, being the most valuable and important find ever discovered in Sardinia and preserved in the national archaeological museum of Cagliari. In the Sotgiu nuraghe, rather, lay shards of amphorae, pottery and Roman coins. An “elsa gammata” votive dagger found in the village is preserved in the archaeological museum of Perfugas. The plateau was also the site of Carthaginian trading traffic, as can be determined by a small treasure-trove of Punic coins, depicting the goddesses Tanit and Kore. As for the Roman age, large jars containing coins variously dated from the Julio-Claudian dynasty to the Antonine emperors were discovered. Also noteworthy is the discovery of a milestone indicating the one hundred and eightieth mile of the Tibula-Carales road.

As a Gallura enclave in Anglona, Erula is characterised by the traditions of its families of origin and by the numerous and important finds from each prehistoric and historical epoch