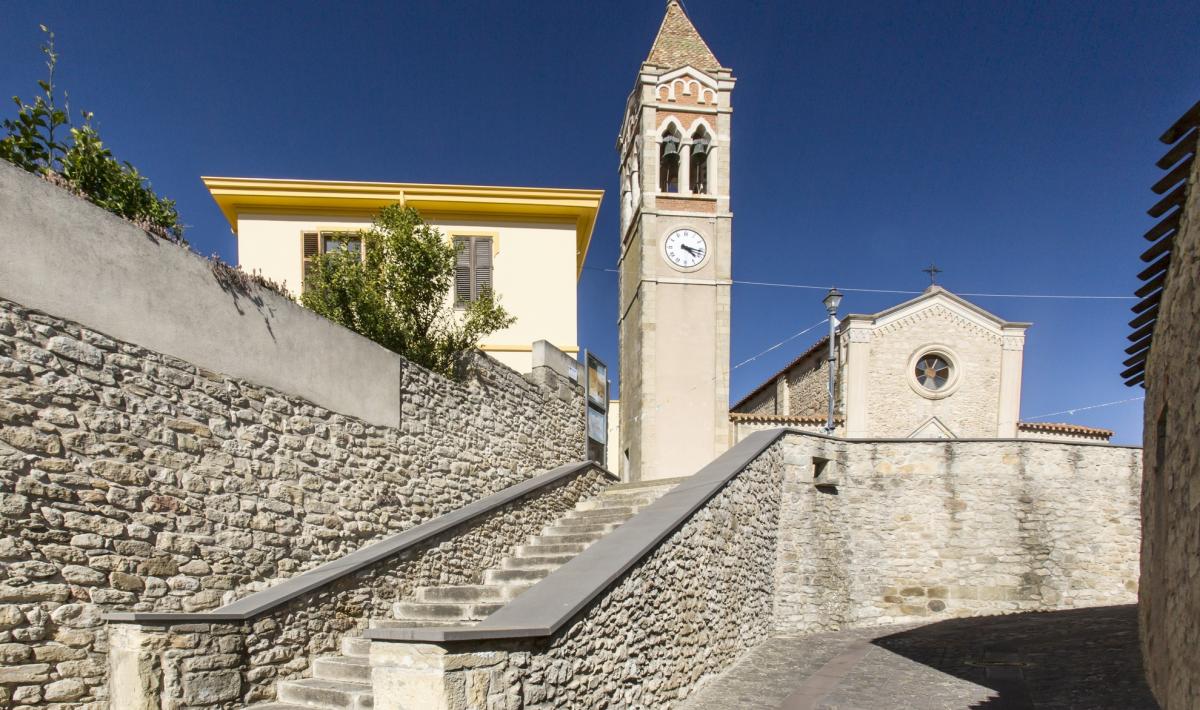 In Roman times, it was known as Uselis. Today, Usellus is a small and charming town at the foot of Monte Arci, 35 kilometres from Oristano, in central-western Sardinia

In a unique setting amongst the hills and mountains, between the parks of the Giara and Monte Arci and surrounded by luxuriant forests of oaks, stands a small town with a glorious past. Usellus is a quaint village of less than 800 inhabitants of the upper Marmilla. Its ancestor is Uselis, a town inhabited since the 8th century BC by people who traded with Phoenicians and the Punic populations of Tharros, then the colony Iulia Augusta from the 2nd century BC. It was an episcopal see for a millennium (from the 3rd to the 12th century) and capital of Curatoria in the Giudicato of Arborea. The Roman town controlled the passageways with the Barbaria and a crucial point when heading towards Aquae Napolitanae (Sardara), Forum Traiani (Fordongianus) and Neapolis (in Capo Frasca). The fundamental document attesting to the status of a colony is a bronze tablet of patronage from 158 AD, with the Usellenses being holders of the same rights and duties as citizens of Urbe. The geographer Tolomeo mentions Uselis as one of the only two Sardinian civium romanorum colonies (the other is Turris Lybissonis). Other Roman remnants are the bridge in the locality of Su Forraxi, a large number of brick tiles and the well-preserved network of roads. On the Roman ruins, on the hill of Donigala, arose the Chiesa di Santa Reparata, with three naves and a façade surmounted by a bell tower. Around the churchyard, the cumbessias have been preserved, being lodgings for the faithful used during novenas and festivals.

Abandoned in the 12th century, the town was rebuilt further downstream, in its current position. The historic town preserves numerous houses with lollas (porticos) open onto cobblestone courtyards that overlook the streets bearing imposing portals. At its heart stands the 17th-century parish church of San Bartolomeo, the patron saint celebrated at the end of August. Of late, an art exhibition has been inaugurated every year. Two kilometres from the town, in the pretty village of Escovedu, is the Chiesa di Sant’Antonio da Padova. Here, traditional architecture can also be admired, especially the 18th-century manor house of the Prinzis. Here also stands the communal winery, which produces excellent Malvasia, Monica and Vermentino varieties from the vineyards on the hills. From the olive groves comes a prestigious extra-virgin olive oil, whilst delicious cheeses, ricotta and meats come from the pastures. Skills and creativity are expressed in the processing of ceramics, iron, wood and stone, such as the tiles that complete the traditional mosaic of Usellus. There is also no lack of festivities, with the procession in honour of Sant’Isidoro held in mid-May, associated with the Sagra della Pecora (lamb food fair). In addition to Santa Reparata, another rural building of worship dates back to the time of the Vandals - the Chiesa di Santa Lucia, celebrated in early September with solemn rituals and a communal lunch in the s’Arroxiu wood. Near the church is the Tomb of Giants, Matrox’e Bois, flanked by the Nuragic complex of Santa Lucia, surrounded by cyclopean walls and the remains of huts. It is the largest of the nine Nuraghe in the territory. Mankind has been present in these area since the pre-Nuragic age, thanks to the strong drawcard of the obsidian, the ‘black gold’ of the Neolithic period, coming from the regional park of Mount Arci, of which 300 hectares belong to the Municipality of Usellus.

This is a town full of stunning vistas, with an immense natural and historical-archaeological heritage, revealing glimpses of the lives of the many ancient peoples that have settled here since Neolithic times