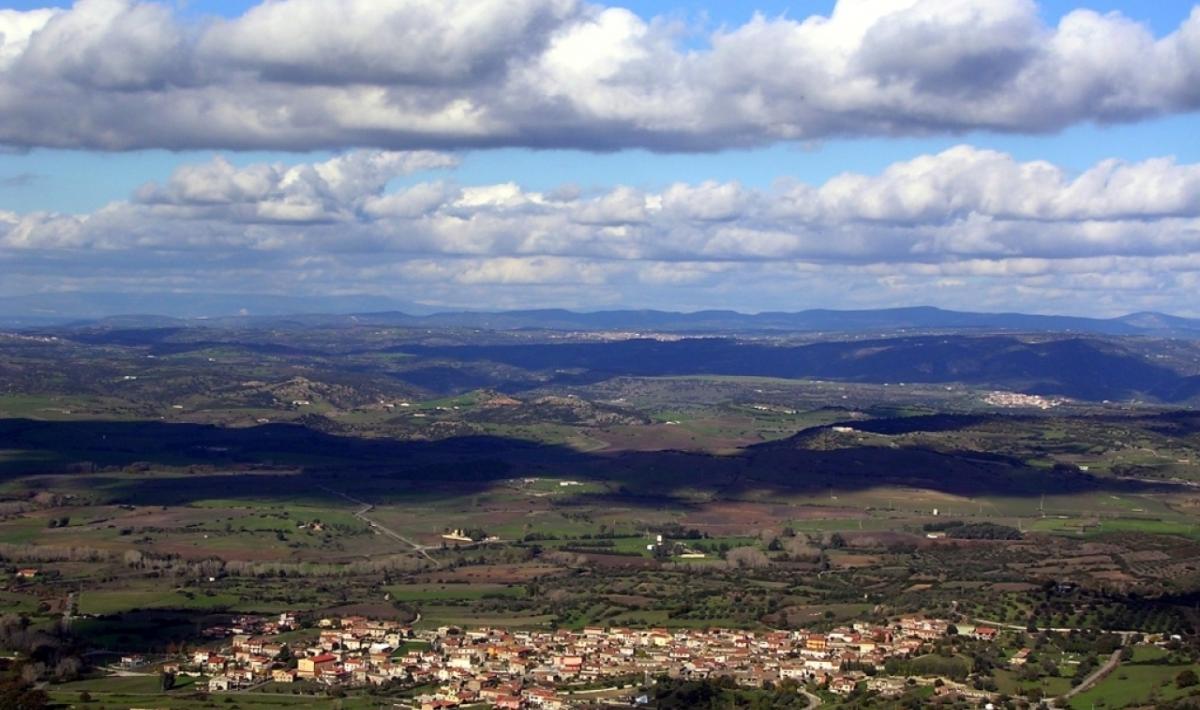 In Marmilla, in the central-western part of Sardinia, lies a quaint little country village, surrounded by captivating and lush landscapes, dotted with nuraghi

It is located at an altitude of approximately 300 metres, on the slopes of the immense basalt plateau of Giara, on the side that extends from Scala Margiani to Corona Arrubia, in an area filled with centuries-old downy oaks and holm oaks, surrounded by sheer rock faces and moistened by temporary ponds. Assolo, a little village with 400 inhabitants, is surrounded by the dense vegetation of the Marmilla hills, making the views truly spectacular. All around the village, the woods make space for little roads, like Scala Cabirada and Scala Argiolas, that lead to the plateau, a nature reserve famous for the extremely rare Giara horses. In a valley situated between Giara and the hill of Giuerri, flows the evocative waterfall of Sa Caddaia, surrounded by greenery. Once upon a time, the village women would come here to wash clothes. All around, there are numerous springs: Abamasoisi, Genna Sobi, Cabirada and Barracca 'e Chiccu Soi.

The village, with its distinctive features, will remind you of a nineteenth-century village: along the roads in the historical centre, you will encounter the traditional Campidano-type houses 'with courtyard', featuring ancient and majestic gates, spacious courtyards and loggias (is lollas). They are situated around the parish church of San Sebastiano, dating back to the 17th century. The patron saint is celebrated on 20 January, with traditional bonfires, processions, music and dances. In the outskirts, there is the little church of Santa Lucia. The rural celebration in honour of the saint takes place in mid-September, featuring equestrian skill tests and the procession of the traccas (decorated carts pulled by oxen), that also characterize the celebration of St Isidoro, in mid-May. The festival of the fregola (fregola is a type of Sardinian pasta) is a must, as is the living Nativity scene 'Sulla Via del Cometa' (On the Trail of the Comet), at Christmas, which is a theatrical performance along the streets of the historical centre of the village.

The territory of Assolo is dotted with numerous nuraghi, an impressive 25. You will be able to admire the Mammuzzola, the Moro, the Planu, the Narbonis and the Sassaioni, as you walk along the trails that lead to the Giara. In the valley around the village, you can admire the nuraghi San Pietro and Santa Lucia. Close to the little church of the same name, interesting artefacts from the Roman era have been found.

You will visit a village of ancient stone houses with courtyards, surrounded by lush vegetation and archaeological sites, a short distance from the fascinating Giara