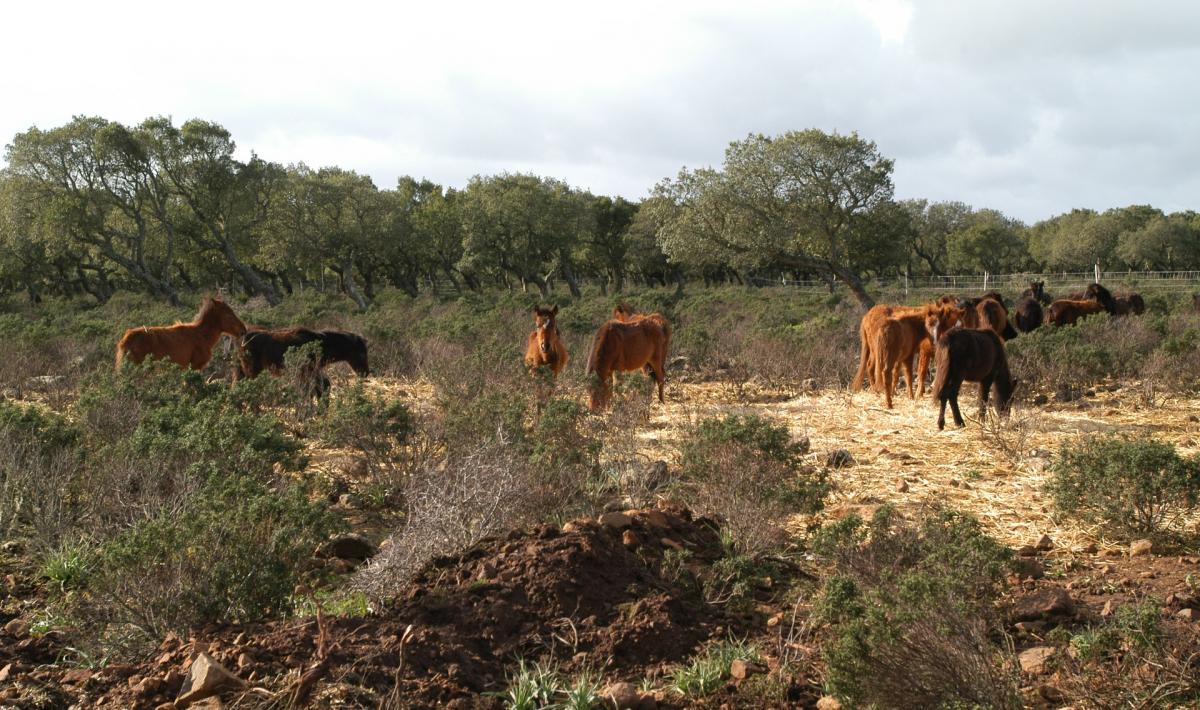 A little municipality in Alta Marmilla, in the central-southern part of Sardinia: the Giara and its little horses, archaeological sites and Fra Nicola give it lustre and fame

An enchanting landscape where time stands still, a Nuragic legacy and intense devotion. These are the characteristics of Gesturi, the northernmost village in the Marmilla region, with over a thousand inhabitants. Its territory partially occupies the Giara, a plateau 600 metres high, once an impressive volcano and now an unparalleled oasis in the Mediterranean. Vegetation and animals live in symbiosis: a 'natural museum' with a dense blanket of botanical species, rare flowers and plants that adapt to the climate and the territory. They receive moisture from Is Paulis, enormous pools of water, even four metres deep. All around, there are valleys dominated by Mediterranean scrub and hills on which there are olive groves and vineyards, from which excellent quality wine and olive oil are obtained. Then, along the precipitous ridges of the plateau, forests of oak trees and poplars appear and make way for the cork oak woods on top of the plateau, almost all of which are 'crooked', having been bent by the strength of the wind. This wildly beautiful place is inhabited by ducks, Eurasian woodcocks, Eurasian jays, hares and, above all, Giara horses, a protected species whose origin is shrouded in mystery and of which there are about 500 specimens living in small groups. Rocky elevations stand out on the plateau, interrupting the level trend of the ground. Here, you can walk amidst the signs that man has left over 3500 years, including the 'father of all Nuraghi', the Bruncu Madugui Protonuraghe. There are thirty archaeological sites, among which the Menhirs and Domus de Janas of Sa Ucca 'e Su Paui, the Tombs of Giants and Nuraghi of Pranu 'e Mendula and the Punic and Roman villages of Tana and Tupp'e Turri.

Gesturi is a destination for pilgrimages, thanks to Fra Nicola (1882-1958), who was beatified by Pope John Paul II and who lived in a modest house in the little village, currently used as a museum. From here, you can follow an itinerary along narrow roads with dwellings that have portals and archivolted verandas, churches in the old town centre and rural sanctuaries. Devotion is expressed in six religious buildings: in the centre, you will see the bell tower standing out, 30 metres from the parish church of Santa Teresa d'Avila (1607), celebrated in mid-October. In the outskirts, you will find the church of Santa Barbara, the most ancient (1473), just outside the municipality. The Madonna del Rosario (17th century) is home to the Is Cunfrarius Biancus, a confraternity that, during Holy Week, is responsible for the Madonna. Taking care of the Christ is the task of the brothers of the Holy Sepulchre, who reside in the little church of Santa Maria Egiziaca, which is unusual because of its architecture and its 'dressed statues'. Four kilometres from the village, nestled in a forest of centuries-old trees, there is the church of Madonna d'Itria (1620), with its festivities that are possibly of Byzantine origin and begin on the first day of Pentacost. Along with these celebrations, there is also the lay feast of the sheep. The most heartfelt festivity is the one for Fra Nicola: two days of intense celebrations.

Spellbinding timeless landscapes, valuable archaeology and fascinating devotional traditions, a place that will remain impressed in your mind 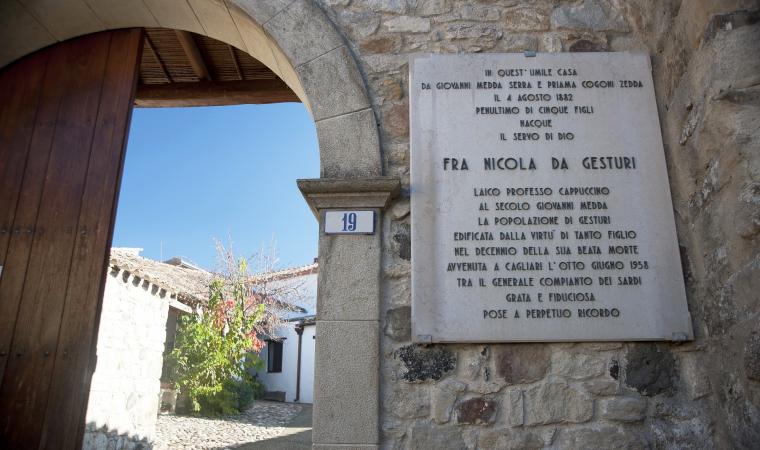 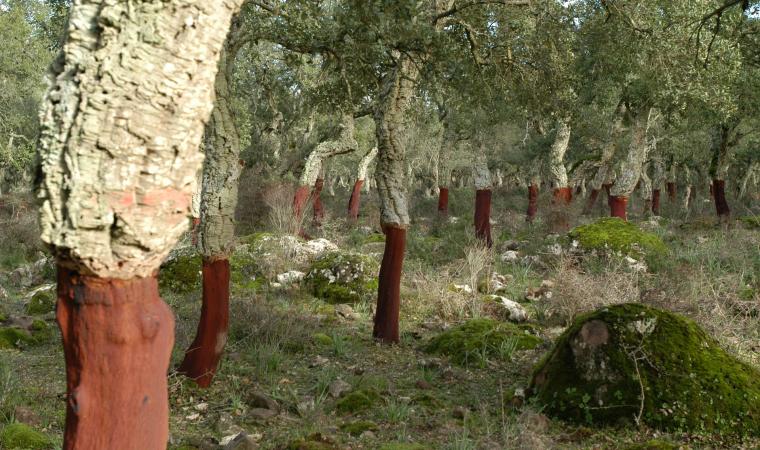 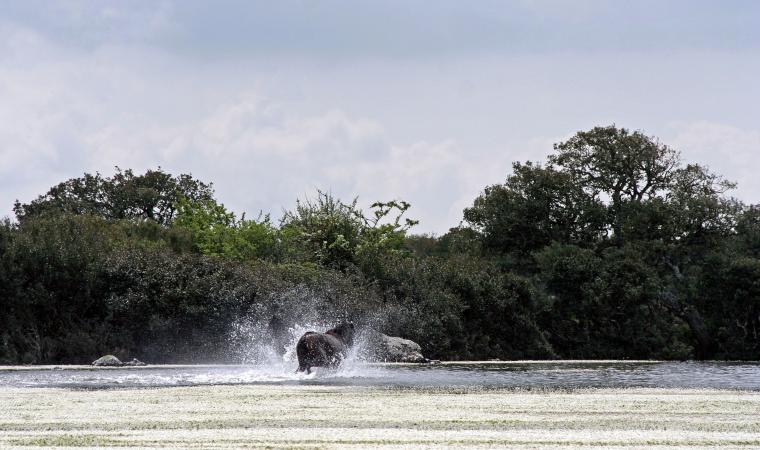 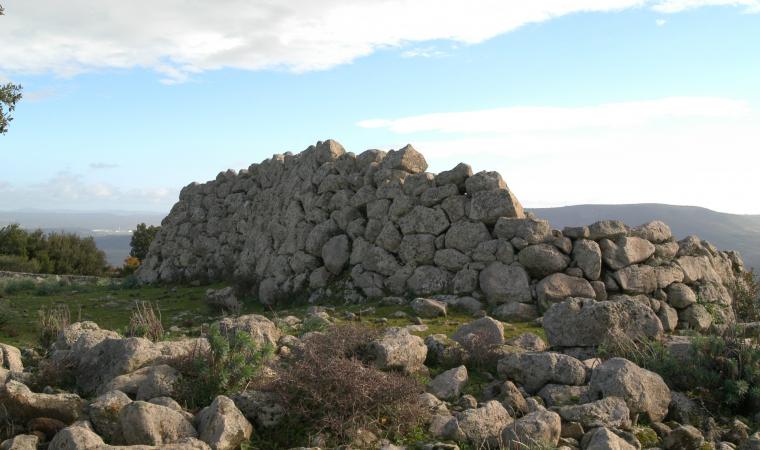