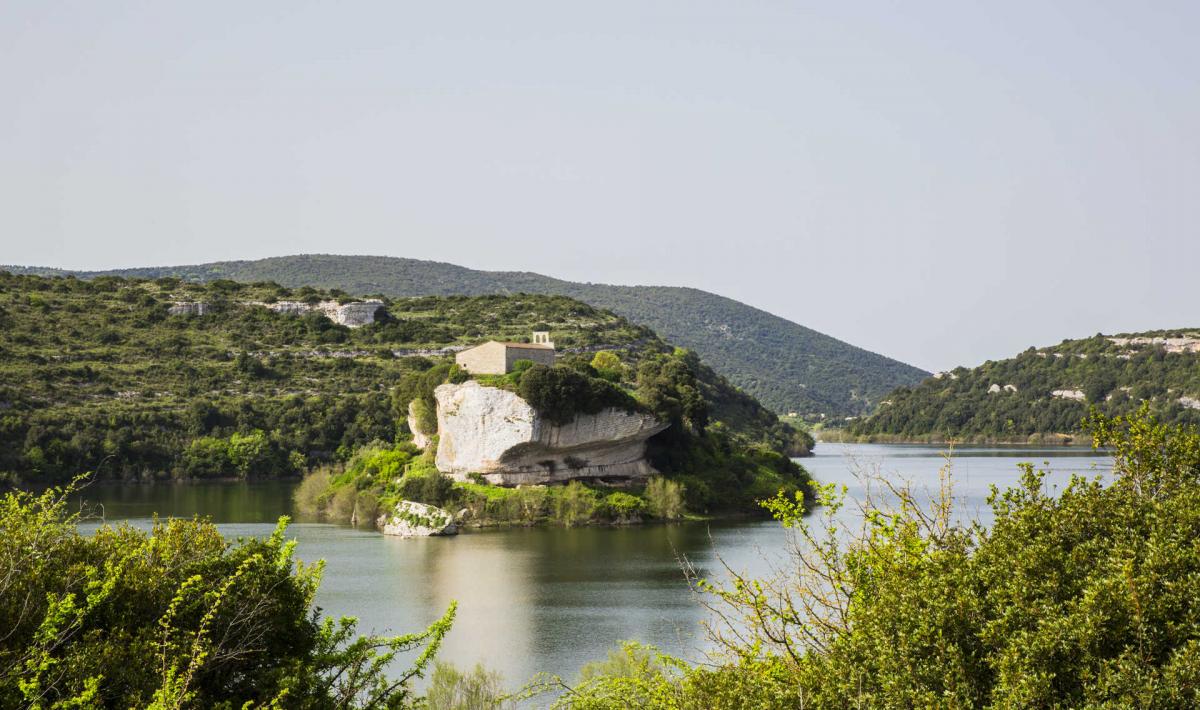 A lake-park where a variety of sports – hiking, climbing, canoeing and mountain biking - can be enjoyed lies nestled in the Sarcidano area, an historic region in south-central Sardinia

The church of San Sebastiano sits on an island in the middle of the lake and its reflection in the water creates a lovely panorama of plays of light and colour. The lake is named after the church, which you can reach by swimming to it or in a canoe to see for yourself how many of the ancient legends surrounding it are true.

The Lake of San Sebastiano is in the Isili district and was created by the is Barrocus dam that catches the water of the Mannu river. Along the river’s banks, the lake’s shoreline and all around the surrounding area you can go sports fishing, canoeing, rock climbing and hiking. The route of the little Trenino Verde train runs along the water’s edge and then goes on to Sorgono. The old and now abandoned railroad line that headed towards the Medio Campidano is great for mountain biking and hiking.

San Sebastiano lake is also fed by the rio Corrigas river, along which rise steep cliffs formed some 23 million years ago when much of Sardinia was still under water. Rock climbers come here from all over Europe to climb its sheer rock face, home to more than three hundred climbing routes of various levels of difficulty. All year round, internationally ranked professional free climbers come to the calcareous rock faces found in the is Barroccus area, especially the faces of su Pizzu ‘e Nedda, which rise in a narrow gorge and create beautiful canyons.

The landscape around Isili also includes gently sloping fields of crops, flat plains and fertile countryside. Here you can go on delightful nature walks, horseback riding and cycling, and stumble upon a myriad of prehistoric remains: menhirs megalithic tombs, domus de Janas chambre and 48 nuraghes, most importantly Is Paras, Atzinnara and Nuraxi Longu. There are also traces of Roman and Punic settlements, like the two arches of a bridge over the Brabaciera river constructed in the II and III century CE. The town’s historic centre is also not-to-be-missed, home to churches containing priceless art and the museo per l’Arte del Rame e del Tessuto (Copper and Textile museum), the only one of its kind in Sardinia. One of the town’s most important events is the Bistiris e Prendas, when 400 men and women clad in traditional dress from all over the island gather in a procession.

You’ll be amazed at the beauty of a lake where all sorts of outdoor sports are practiced and at the rest of the Isili area, great for nature walks, archaeological exploration and visits to cultural sites 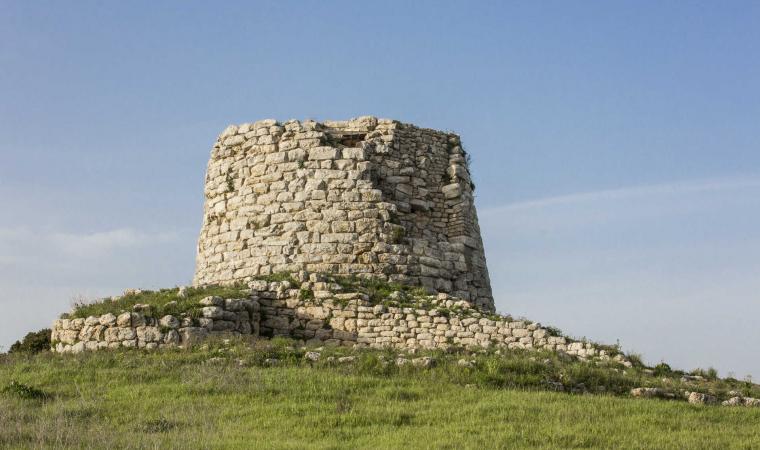 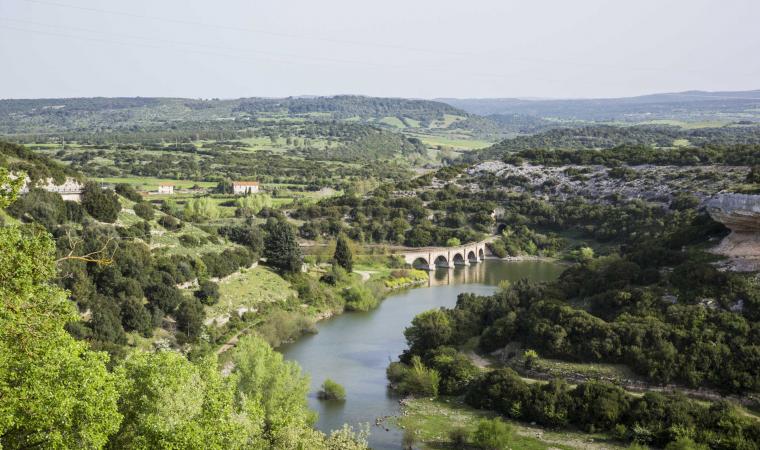 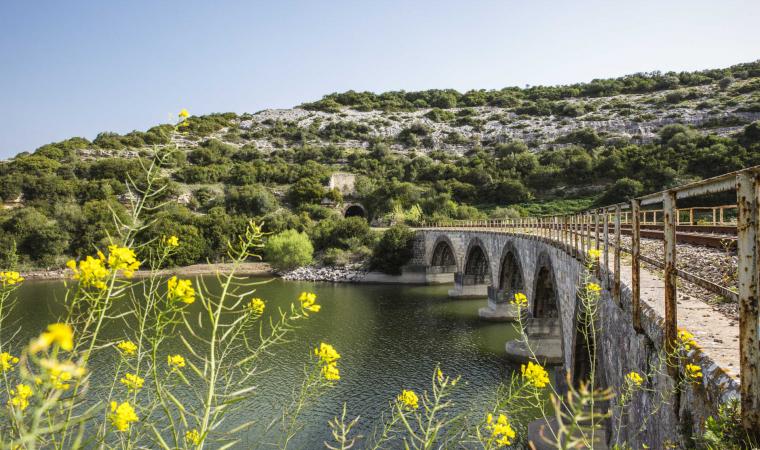