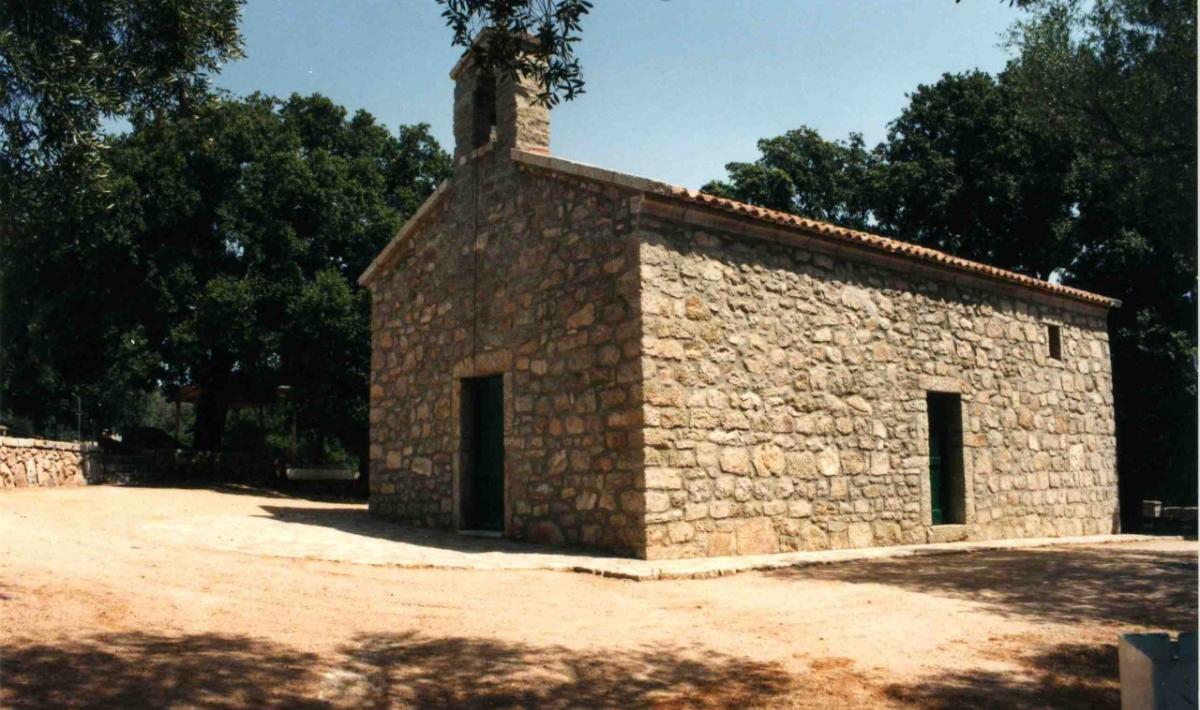 A ‘young’ and pretty village of granite houses, in the centre of the Gallura region in north-eastern Sardinia, Sant’Antonio di Gallura lies near Arzachena and the sea of the Costa Smeralda
© OpenStreetMap contributors

Rising to 350 metres high, Sant’Antonio di Gallura is surrounded by granite mountains and deep valleys lush with oaks, holm oaks and Mediterranean scrub, backdropping the Lago del Liscia. The village is populated by 1,500 inhabitants, including those of the hamlet Priatu and various villages. Until 1979, when it became an independent municipality, it was called Sant’Antonio di Calangianus, after the municipality on which it depended. An obligatory waypoint from the inland heading towards Costa Smeralda and the Parco dell’Arcipelago della Maddalena, it is the ‘heir’ of Villa de Castro, whose existence is documented by Liber Fondachi (1317) and Compartiment de Sardenja (1358) and of findings of burials, jewels and coins, including a Genoese coin from 7th-8th century. The early medieval village was located at the foot of the Lu Naracu overlook, today the highest point of the town from which you will admire views ranging from the Limbara massif to the Arzachena and Palau sea. From this height, it is possible to see the hills dominated by the stazzi (rural settlements), fundamental elements of the Gallura agricultural-pastoral culture. It is surrounded by Liscia, the largest artificial reservoir in the island’s north, formed by the dam of the same name. You can coast along the side of Sant’Antonio aboard the Trenino Verde (Green Train) and cross its waters aboard a paddle boat. On the side of Luras stand the 1,000-year-old olive trees of Carana.

The name Lu Nuracu, together with the toponym Lu Nurachéddu (in Campu d’Idda), are the ‘clues’ to the territory’s use in the Nuragic age. Near the viewpoint stands the Chiesa di Sant’Andrea, dating back to the mid-18th century and elected as a parish in 1907 (for only five years). Around the small sanctuary, the new inhabited nucleus developed. With the increase in population, the construction of a major church was necessary. Hence, the new parish church of Sant’Antonio Abate was built in 1912, having a basilica layout with three naves divided by arches, a high altar and frescoed apse. The patron is celebrated in mid-January with the Fuochi di Sant’Antonio Abate event. Not to be missed is Palazzo Mannu, in the noble architecture of the Gallurese, built entirely of granite. Doors and windows are outlined by architraves and jambs, whilst the upper floors are adorned with wrought iron balconies. The interior preserves furnishings and structures from the early 20th century. Nearby are charming country churches, and venues for hosting events, where you will discover the most authentic Gallura delights and savour delicacies such as Zuppa Gallurese and Mazza Frissa. There is the Madonna di La Crucitta and the sanctuary of San Giacomo, celebrated in May, San Leonardo and San Giuseppe, celebrated in June, and the rocky church of San Costantino, perhaps of early medieval origin, next to which there is Lu Pulteddu, a sort of ‘window’ that, according to tradition, upon being passed by three times, cures abdominal pain.

This characteristic town keeps alive the authentic culture of the deepest Gallura region, amidst granite hills, dense blue forests and a lake, forming the perfect destination for excursions