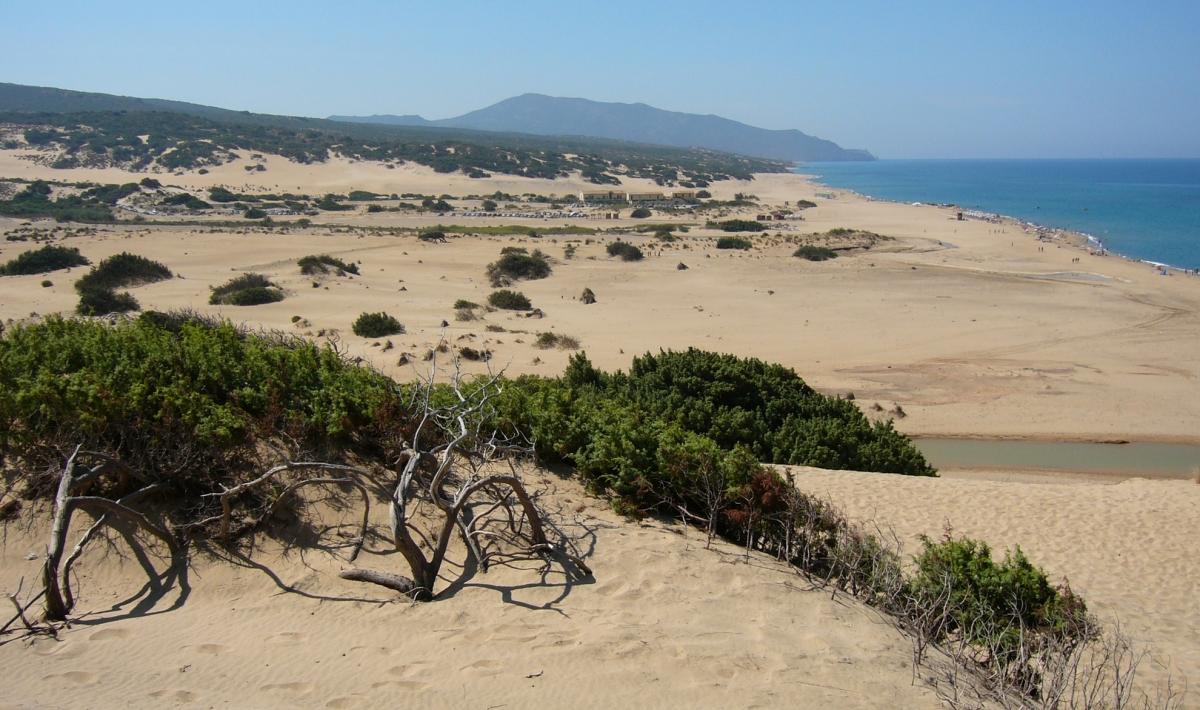 The blowing of the wind contours the sandy deserts, the changing tones of the sea and the echo resonating within the abandoned mines - such is the charm of a town in the south-west of Sardinia with its famous Costa Verde

The etymology of the name Arbus is uncertain. Amongst the hypotheses: albus, white like the vegetation-free rock that emerges on the mountain peaks; arburis, for the abundance of trees that characterised its territory in the past; or arabus, due to the Barbarians that once invaded its coasts. What is certain and well-known is the skill of its craft-folk when it comes to working curved-blade knives, the is arresojas. The boundaries of its endless territory are also not in doubt, rendering it one of the largest in Italy, second only to Sassari in Sardinia. Arbus occupies a vast portion of the central-southwest area of the island and has a long (47 kilometres) and beautiful coastline, alternating with ‘deserts’ of golden sand and cliffs overlooking the sea. Such is the Costa Verde, a succession of immense beaches with its sand dunes being amongst the highest in Europe, immersing into waters of shades of blue and emerald green. In the background is a landscape of vegetation shaped by the force of the winds that twists the centuries-old junipers down to the ground. The charm of the sites merges with the hospitality. Those who visit Arbus do not come here by chance. These visitors are not fans of structured entertainment, fully-equipped resorts and coastlines but instead seek something simple and comfortable, with original features of the Sardinian lifestyle.

The Costa Verde stretches from the promontory of Capo Pecora, abundant in seafood, with its extreme southern border shared with Buggerru, up to the white-sanded beach of Pistis, the northernmost beach south of the Capo Frasca peninsula. It passes through the enchantment of Scivu and Piscinas, the two symbolic beaches, to Portu Maga, the beautiful Marina di Arbus, Funtanazza and Torre dei Corsari, other jewels of Arbus. In spring, the coast becomes a paradise for surfers who find a perfect series of waves to ride, whilst the calm atmosphere of summer offers long and evocative days by the sea that conclude with postcard-worthy sunsets. In wild and isolated places, you can come across the Sardinian deer, or even sea turtles that lay their eggs along the beaches.

The territory of Arbus consists in unspoilt nature along with living testimony to the hard and exhausting work of mining, which can be ‘relived’ in the monuments thanks to the industrial archaeology of Montevecchio (partly in the territory of Guspini) and Ingurtosu, having once been a mining village that has since been abandoned, creating a ‘Wild West’ landscape with abandoned buildings, disused machinery and desolate tunnels, with the ruins telling stories of men and their toil. At one point in time, a train carried the extracted material to the sea to load it onto ships. You can still see the rails and trolleys amongst the dunes of Piscinas.

Almost 50 kilometres of coastline consisting of desert dunes and cliffs overlooking the sea, intermingled with remnants of the mining and manufacturing art - this is Arbus 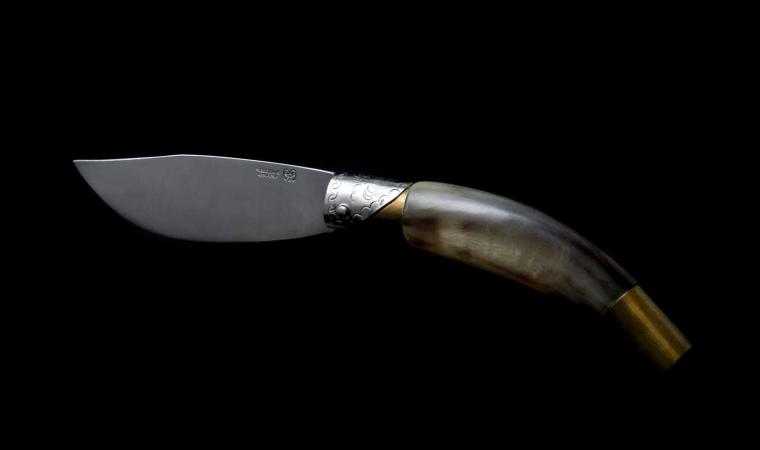 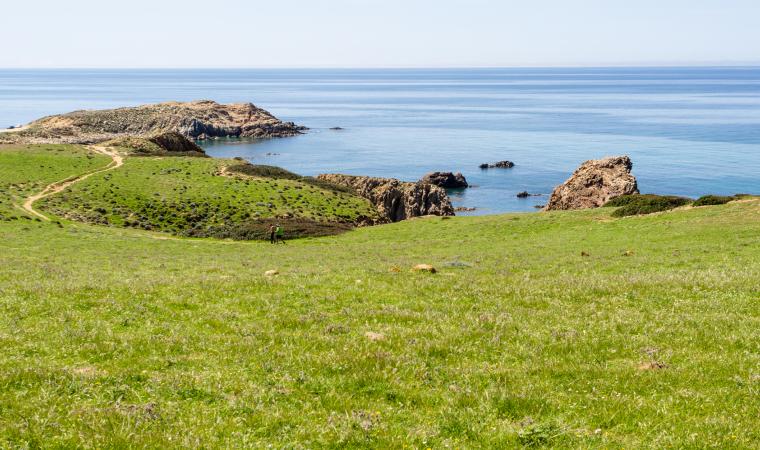 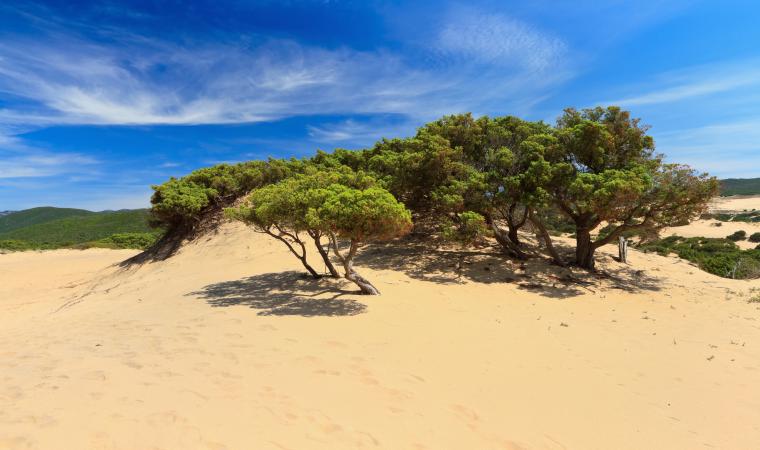 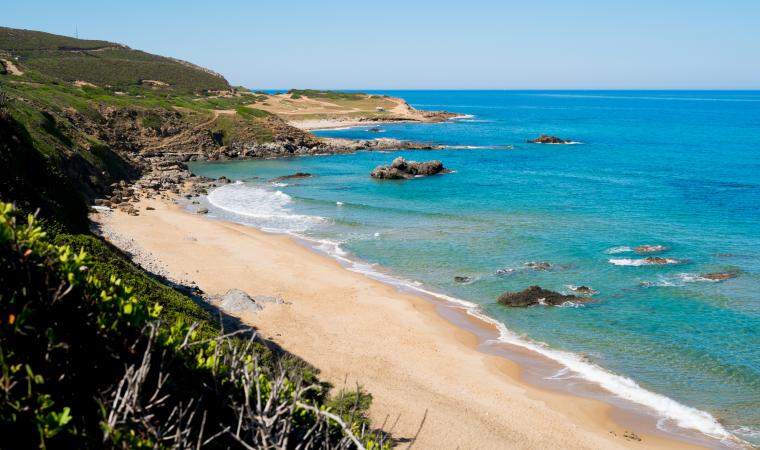 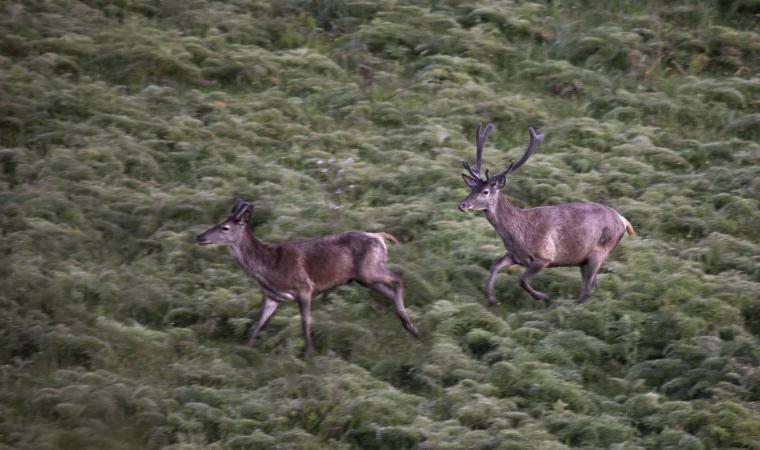