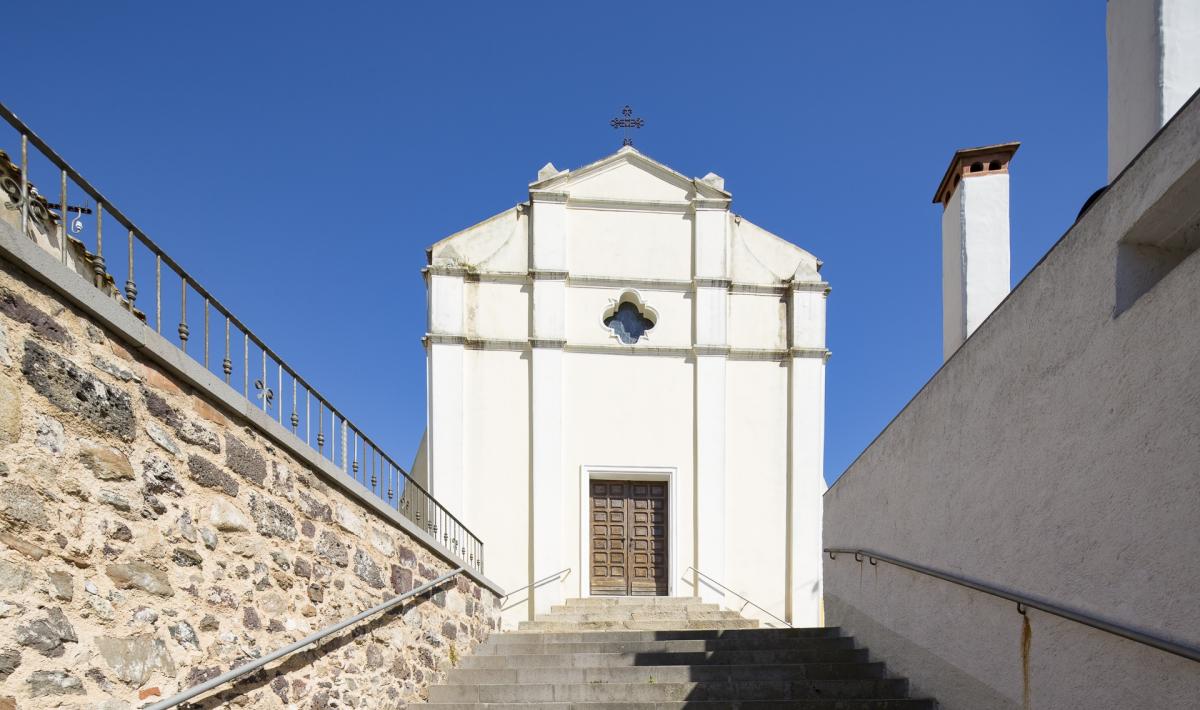 This charming agricultural-pastoral village in the historical region of Baronia in central-eastern Sardinia stands out thanks to its nature, traditions, archaeology and the local food and wine delicacies

Set in a natural amphitheatre that opens to the south, towards the plain of Orosei, Onifai lies between the Su Gollei plateau and the bank of the river Cedrino. Onifai is a town with just over 700 inhabitants. In the historic sub region of Baronia, it is famous for its food and wine, such as exquisite cheeses, prized honey and delicious cannonau and vernaccia wines. The production of olive oil from the ancient olive groves, traditional breads, pastas and desserts is also characteristic. One opportunity to savour these delicacies is during the summer market-show of Gusti e Sapori Onifaesi. The Villa di Onifai, built under the Aragonese (1409), belonged to the Guiso family of feudal lords of the barony of Orosei for four centuries. The first settlement was built near the Chiesetta di san Giorgio, dating back to the end of the 14th century and once a parish church. In mid-April, the much-loved celebration of the patron saint is celebrated. The current parish church of San Sebastiano, which was reopened in 1765 after reconstruction, presents Romanesque features with strength and sobriety. From the Chiesa della Vergine di Loreto, a splendid panorama over the Cedrino valley can be taken in. Mid-January in the churchyard of the Chiesa di Sant’Antonio da Padova, the Fuochi di Sant’Antonio Abate are lit, accompanied by an offering of typical sweets, beans with lard, and wine. From 30th May to 13th June, there is the ‘Tredicina’ for the Saint from Padua, which sees his simulacrum accompanied in a procession by groups wearing traditional clothes, including the sumptuous garments of Onifai. Rising up in the Parco degli Ontani is the Santu Juanne Istranzu, built in granite in 1968, where Saint John the Baptist is celebrated on June 24th. Also of great significant for the locals are the rituals of the Settimana Santa (Holy Week), led by the confraternities of Santa Croce and Carmelo, and the ancient custom of Sas Animas for Ognissanti (All Saints).

Majestic centuries-old junipers dot the countryside, whilst alder trees, poplars and willows form the habitat of purple herons, western marsh harriers, Audouin’s gulls, common moorhens, common kingfishers and western swamphens, all in the surrounds of Cedrino. Looming over the village is Monte Tuttavista, covered with holm oaks, cork oaks, conifers and Mediterranean scrub. The rocks of the massif are 450 million years old and can be explored in the Conca Niedda and Fraigada peaks. Heading towards the valley, there is the Sa Badde Conca Manna, which takes its name from a hole in the limestone. On the eastern border of the Onifa territory stands the peaks of Artu De, Istiotha, Nidu Abile, where one can view spectacular granite forms shaped by time, including the Sos Sombreros, the form of which resembles a sombrero. Fascinating visit is Monte Oddie, where basins have been used as Nuragic houses. The territory was inhabited as early as the Neolithic period, as evidenced by Dolmens of Istrullio and the Domus de Janas of Doddoi, Enas, Isthiolài, Oddoene and Ominzana, composed of atrium and interconnecting funerary chambers. From the Bronze Age, there are the Tombs of Giants of Cutinas, the fortified hills of Ortzidda and Locherie, the Protonuraghi Perchètha and Rampinu and Nuragic structures leaning against the natural rock, such as Latas and Omine Intreu, and tholos such as s’Iscampiatòrju. A double wall encloses the fortress of Osana, consisting of Polylobed Nuraghe and a sacred spring. In the surrounds are the remains of huts.

To be explored is a traditional village, famous for agricultural-food products from a territory dotted with granite hills, river landscapes and prehistoric remains 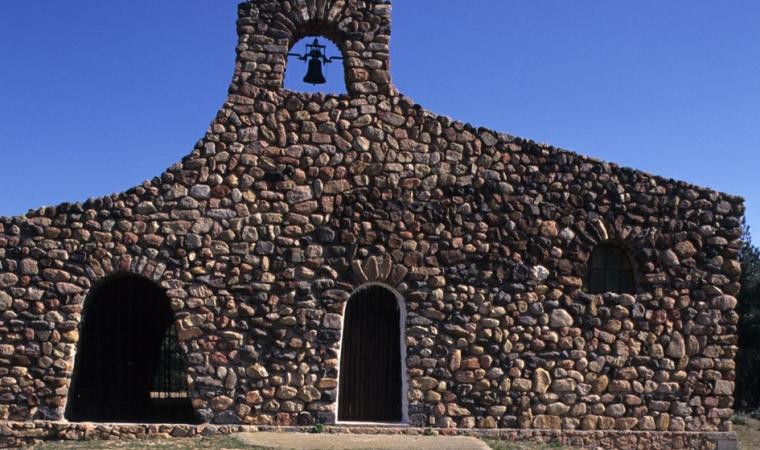 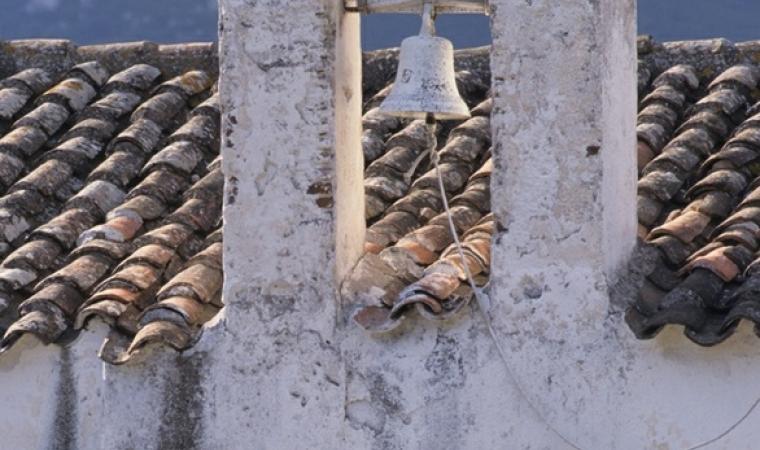 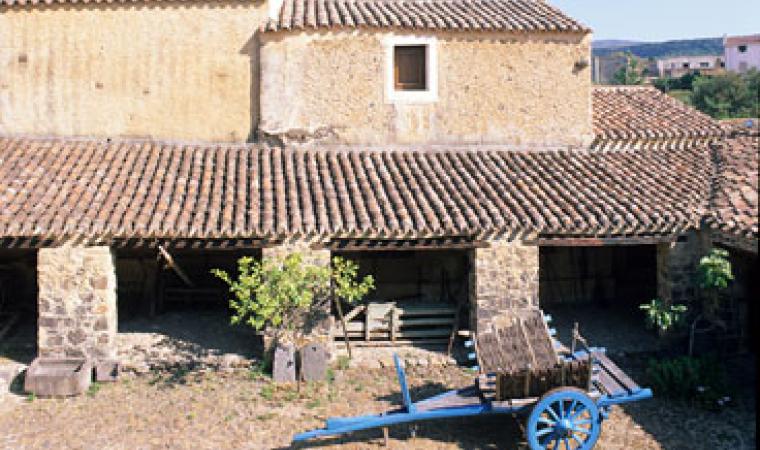 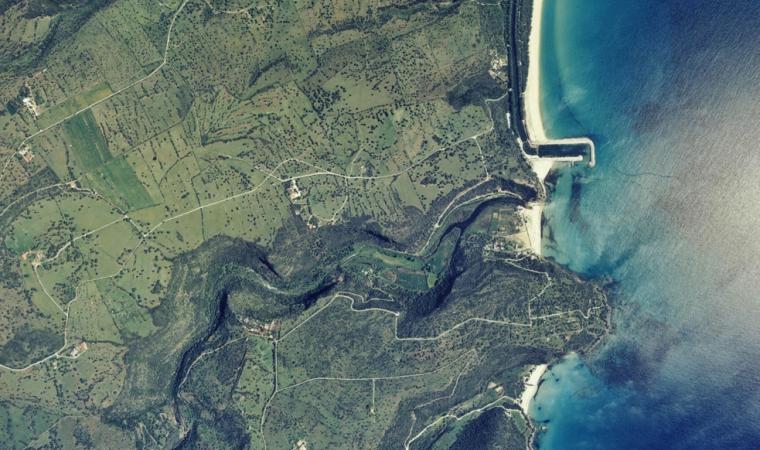