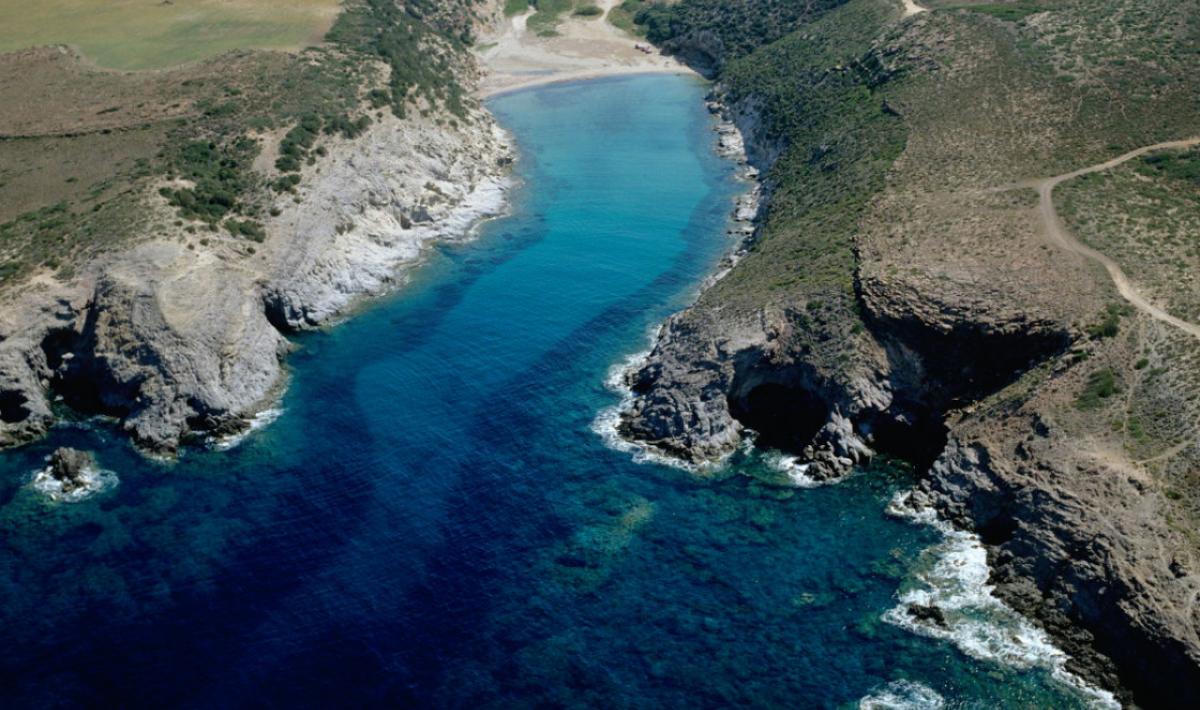 A stupendous, one-of-a-kind cove, at the end of a long fjord with emerald-green water you will find a hidden beach: its coral and shell sand and placid of waves make this beach a relaxing shelter
© OpenStreetMap contributors

Its name derives from its long inlet, a fjord with emerald-green water that leads from open sea to a strip of sand that is rarely crowded and is sheltered from the wind and from marine currents. Cala Lunga is on the western coast of the Sant’Antioco island, in the Calasetta territory: other bays have very elongated profiles, but none other has, at its end, a beach that runs into the hinterland for many metres with ochre sand made of thick grains mixed with shells and coral fragments, surrounded by rocks covered by juniper trees, mastics, rosemary bushes and prickly pears. The rocky bottom deepens progressively, making it perfect for snorkelling, scuba diving and underwater fishing. The beach boasts plenty of parking space, a restaurant and an agency for beach equipment rental.

The island has some areas that can only be reached by boat and through excursions on foot or by mountain bike. Leaving from Cala Lunga, you can explore cliffs with secluded corners, such as Cala Tuffi, a natural pool surrounded by rocky walls. Along the coast you can see rocks whitened by salt air in Cala Sapone, where Phoenicians once fished for tuna, and Cala della Signora, marked by flat rocks with little pools. Other pearls in the Calasetta territory are Portixeddu, a little pebble beach, and the beaches Sotto Torre, delle Saline, and the big beach. In the Sant’Antioco territory, the largest beach is Co’quaddus, while another wonder is Is Praneddas, a terrace over the sea, two hundred metres high, rich with colours and scents of aromatic plants. Is pruinis, Santa Caterina pond and Serra is tres portus make up an ecosystem where flamingos, grey herons, little egrets and black-winged stilts come to nest. In the rocks of Capo Sperone, the southernmost tip of the island and a special protection area, live peregrine and Eleonora’s falcons. The island has been inhabited since the Neolithic, as can be seen in the menhirs sa Mongia and su Para and the Giant’s tombs su Niu and su Crobu. In the centre of Sant’Antioco, once called Sulky (or Sulcis), founded by Phoenicians in 770 BC, conquered by Cartago and at the peak of its splendour in Roman ages, the sanctuary of San’Antioco Martire, patron saint of Sardinia, is particularly interesting. To know more about the island’s history, visit the ethnographic and archaeological museum, the Barreca.

White sand, crystalline sea with turquoise, azure and emerald green hues, coves and bays among the limestone rocks, calm and tranquillity: one of Sant’Antioco’s most beautiful beaches 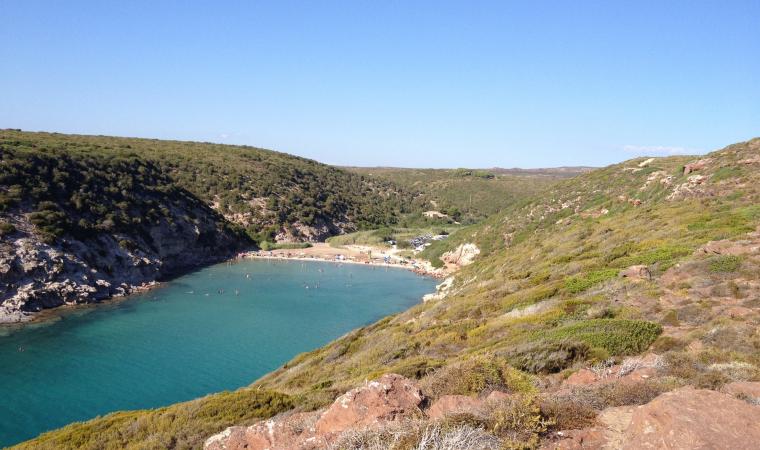 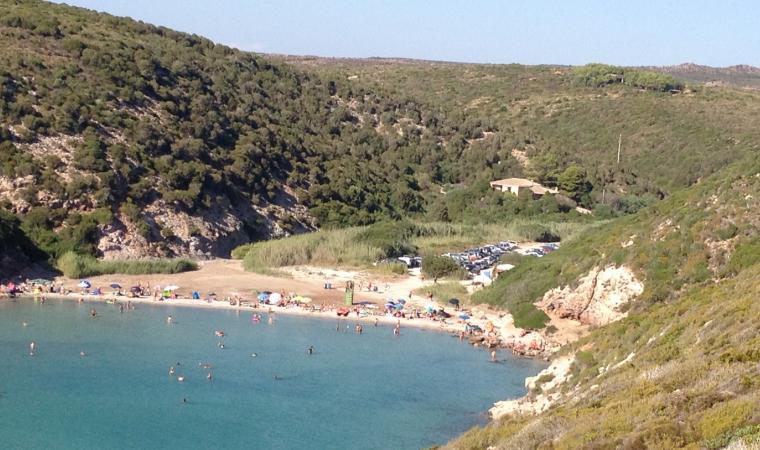 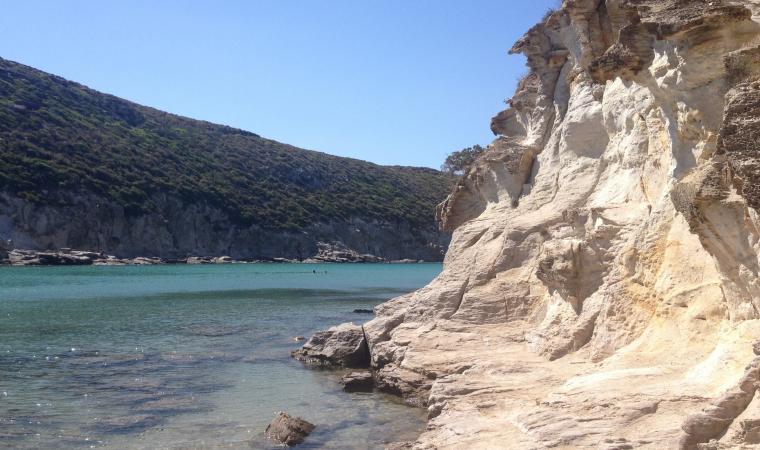 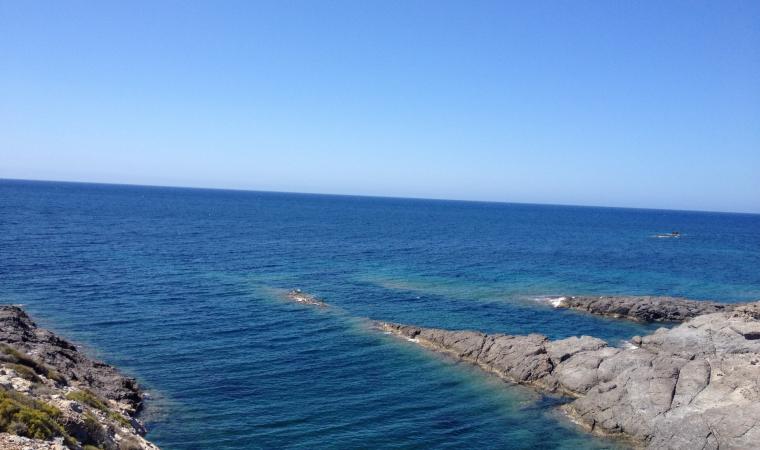 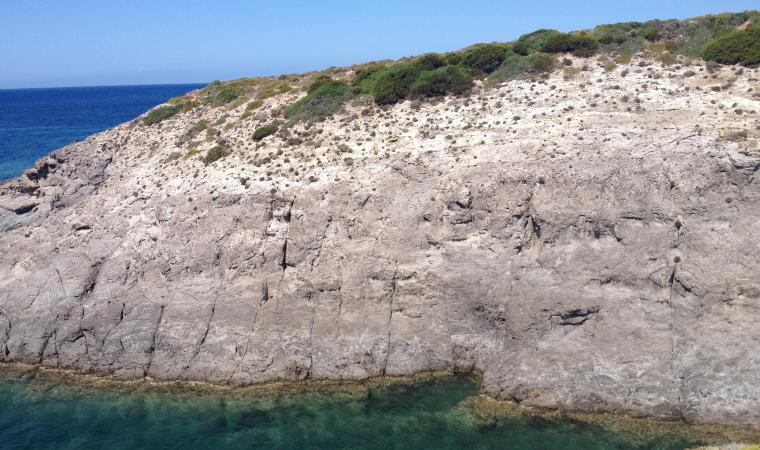 Cala Lunga is in the locality of the same name on the island of Sant'Antioco, in the territory of Calasetta. It can be reached along the dirt road linking Cala Sapone to Calasetta. 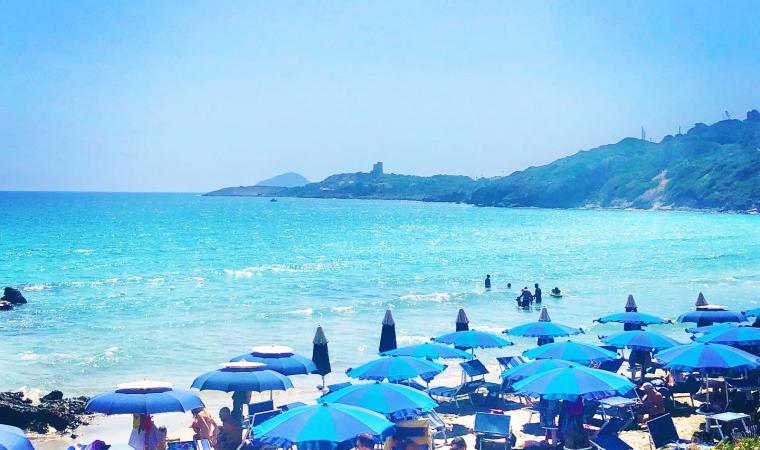