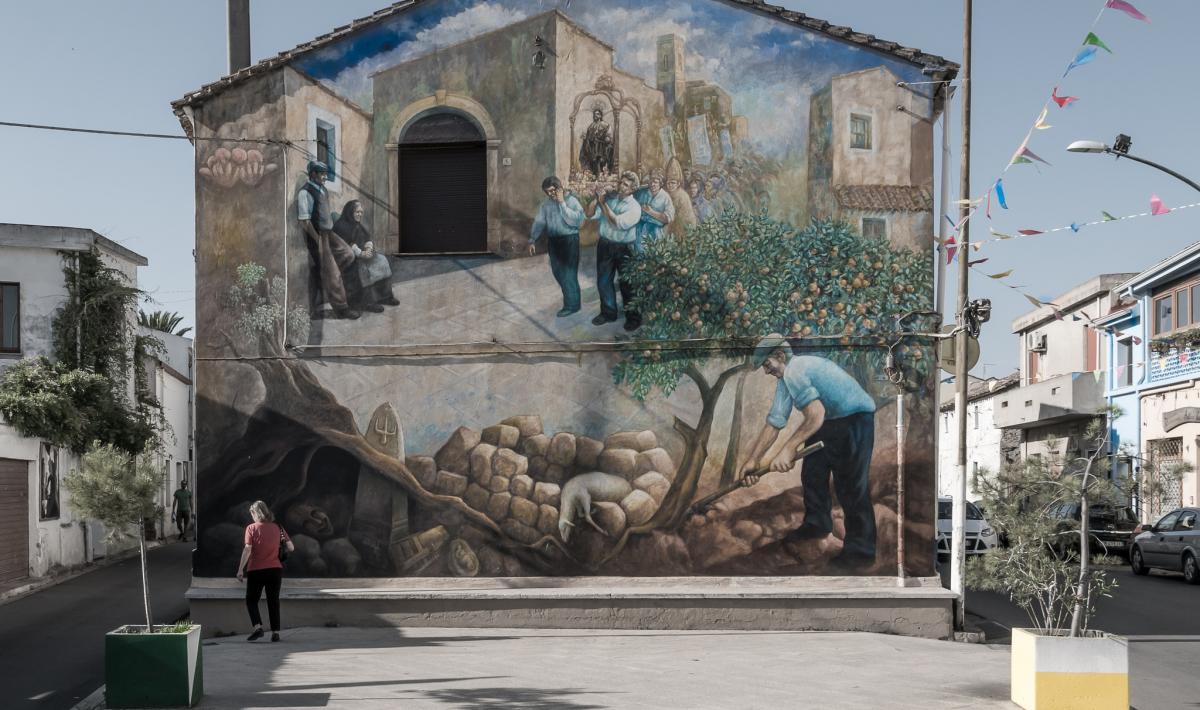 A town/museum located twenty kilometres from Cagliari in southern Sardinia, San Sperate is famous for its murals, ‘sounding stones’, cultural vivacity and freshly-grown produce, including peaches

Art and nature blend magically in a town extending within the fertile area of southern Campidano. San Sperate is one of the most productive agricultural towns of Sardinia, populated by over 8,000 inhabitants, located not far from the Monte Arcosu park and the beaches of southern Sardinia. An immense garden of colourful and fragrant orchards surrounds the village. The production of citrus fruits and peaches is renowned, with a festival held since 1960 dedicated to such, associated with the celebrations of the patron saint held in mid-July. Events include a procession, shows and exhibitions of excellent products, including honey and tomatoes. The festival is an opportunity to savour Malloreddus and Panadas, homemade breads and delicious desserts. At its heart are the artistic works created in ceramics, iron, leather and wood, together with the creation of jewellery.

San Sperate is a town-museum. Strolling through is an adventure in art: hundreds of colourful murals adorn the streets, recounting the history, rural traditions and life of the community. The ‘muralism’ developed in the revolutionary 1968: Pinuccio Sciola conceived the project of transforming the village into a workshop of creation to which local, Italian and foreign artists still adhere and contribute. The town has hosted famous musicians and theatre writers, workshops and artistic events, such as Il Fiume dei Writers (2009) and Colore Identità (2011). Sciola is the creator of the ‘sounding stones’, sculptures that evoke ancestral influences via sound. In the megalithic garden stands a tribute to the San Sperate artistic genius, being exposed stones inspired by prehistoric megalithic art. The cultural dynamism is the result of associations organising exhibitions and festivals such as the Cuncambias at the end of July, which transforms the San Giovanni district into a theatre comprised of Campidanese houses, just like the other historic districts. In the centre stands a 17th-century manor house, used as a museum, and the 19th-century Casa Tola, designed by Architect Gaetano Cima.

The history of the village commenced at the dawn of the Nuragic Age (18th century BC). Found within the village was a Nuraghe model, now kept at the National Archaeological Museum of Cagliari. There are clearly-visible Punic remains - four necropolises and the ruins of an inhabited area - along with those from the Roman era, with the Civitas Valeria, passed along the road from Karalis to Tharros. Under the rule of the Vandals, many African bishops exiled to Sardinia brought relics of saints with them, including those of the martyr Speratus. According to tradition, on the site where they were found, the parish church of San Sperate was built in the 17th century, containing a chapel dedicated to Santa Prisca, celebrated each May throughout the last four centuries. To admire is a baptismal font with a bas-relief of Saint John baptising Jesus, and the ‘Aragonese’ bell tower. Hailing back to the Byzantine age, albeit having been restored several times over, is the Chiesa di Santa Lucia, with Romanesque additions in Baroque architecture, and the former parish of San Giovanni Battista, a synthesis of Byzantine, Romanesque and Gothic styles whose charm lies in its sobriety and harmony. The saint is celebrated, together with the apostles Peter and Paul at the end of June. Festivals mark the life of the community. Not to be missed is the Corpus Domini, for which balconies and doors are decorated with sheets and tapestries, whilst the streets are sprinkled with mint and fragrant flowers.

A town where art and nature magically blend in murals, colourful streets, sculptures, exquisite fruits and delicious food, together with extraordinary artisan products 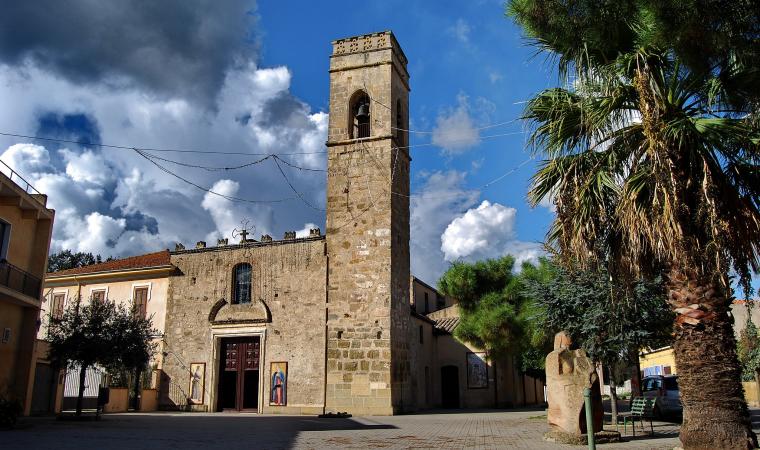 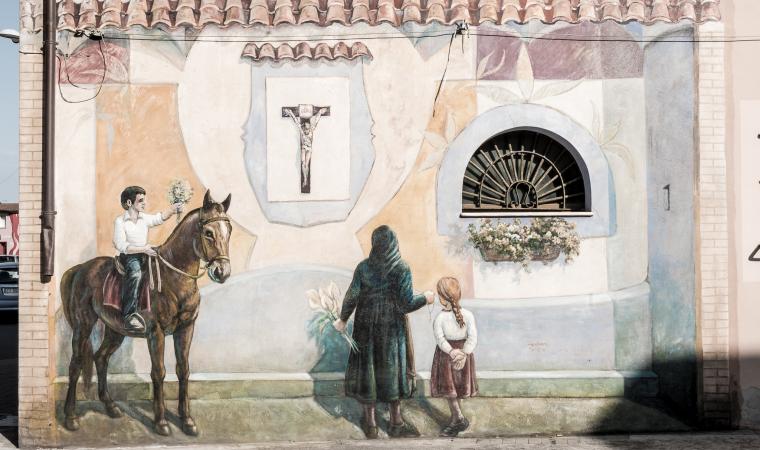 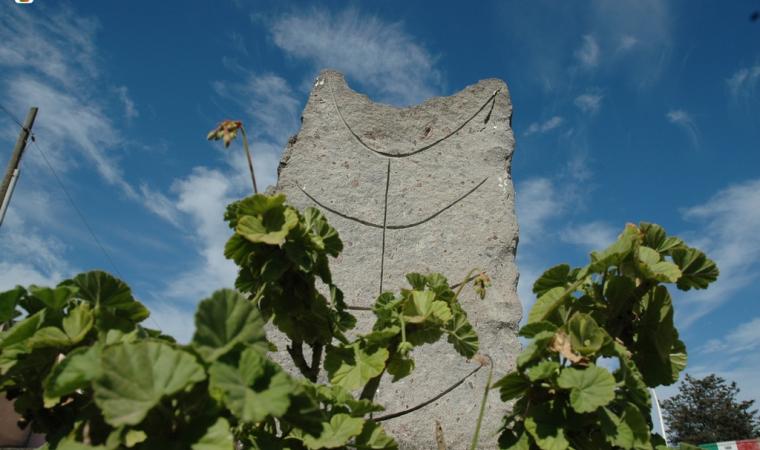 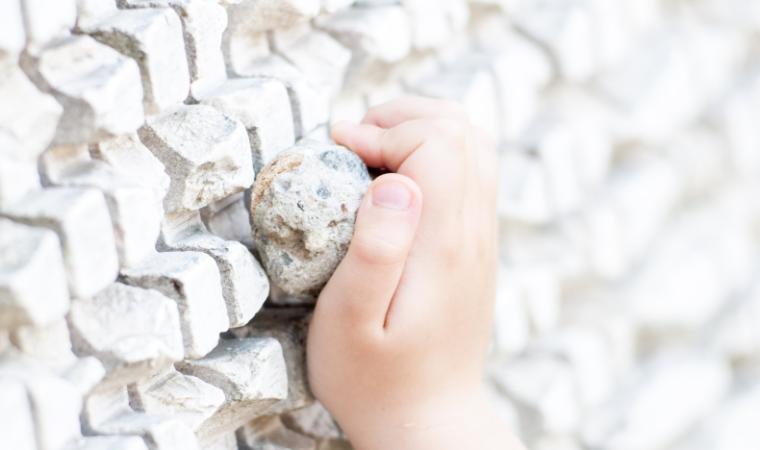 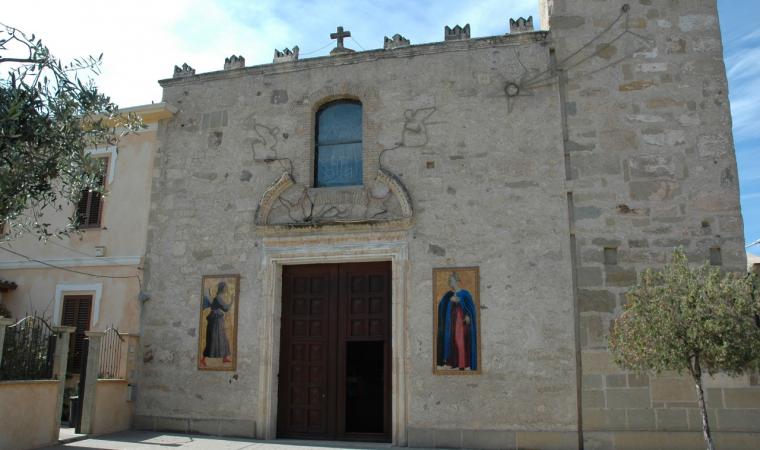