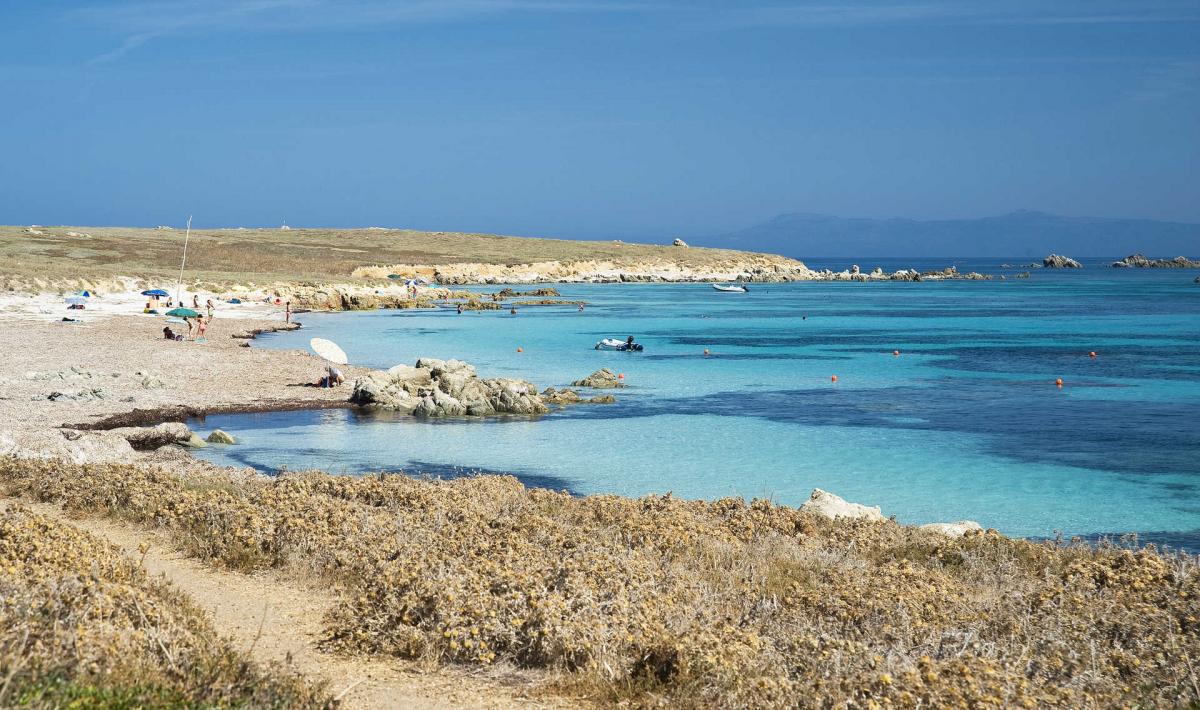 Off the central-western coast of Sardinia lies an uninhabited island in a special nature reserve; the name hints at its often choppy seas, but its nature and landscape is an enchanting, unique oasis

Originally it was named MaluEntu, now known as Mal di Ventre. Perhaps it was a mistranslation. Named for its persistent winds, especially north wind, that often make for dangerous sailing around it. However, the remains of a nuraghe, other ruins and wells for collecting water show that the island was once inhabited. Reached from the ports in the Oristano gulf, it is five miles from Capo Mannu and is part of the Sinis peninsula marine area, in the territory of Cabras, which also includes the nearby Catalano rock.

Mal di Ventre is a flat expanse of granite, two and a half kilometres long and one kilometre at its widest. The lighthouse that dominates the island is placed at its highest point, just 20 metres above sea level.The "table" of 85 hectares, covered by arid steppe dotted with Mediterranean brush, is populated by rabbits and turtles. Monk seals are rumoured to have been seen. The island is a strategic stop-over for various nesting birds: Eleonora's falcon, shags, Mediterranean shags, short-tailed shearwaters and gulls.

The western coastline is rocky, featuring CalaMaestra and CalaPonente. The eastern shore offers enchanting coves with small, sandy or quartz beaches such as CalaValdaro, very similar to Mari Ermi opposite, one of the three "pearls" of Sinis, together with Is Arutas and Maimoni. On the island, don't miss Punta Libeccio and Caladei Pastori. The seabed is ideal for diving, inhabited by crustaceans (lobsters and langoustines), molluscs and infinite species of fish, including barracudas, grouper fish, croakers, sea bass and breams. Dolphins can often be spotted. It is not by chance that the site is of community interest and under special protection.

The unpredictability of the sea has created a ship graveyard in the vicinity for Roman, Spanish, 20th century and other ships. In the Denti di Libeccio, to the west, at a depth of 27 metres, lies an incredible discovery: a 36 metre Roman shipwreck that sank between 80 and 50 BC, carrying 2000 lead ingots. At Caladei Pastori lies the wreck of a steamboat, while to the north, at Formiche di Maestrale, lies the Joyce, a merchant ship from Cagliari that sank in 1973.

Experience a day in a natural paradise with an otherworldly atmosphere, an island that is stunning in the winter with the sea that crashes over the coast, and bathed in suggestive colours in the summer, with fascinating coves and panoramas 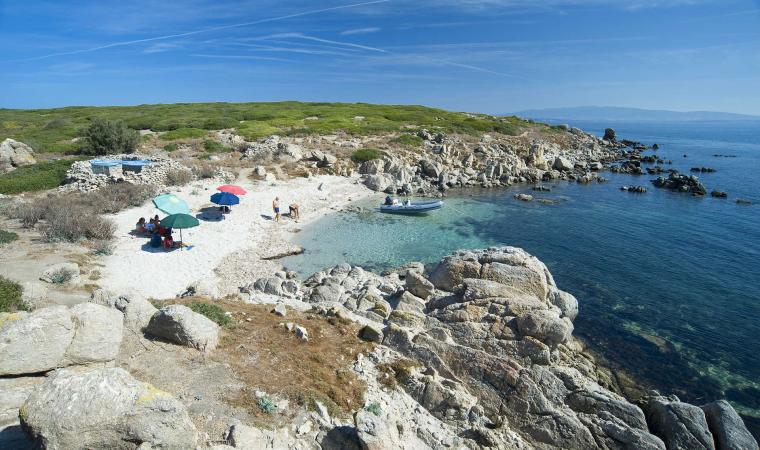 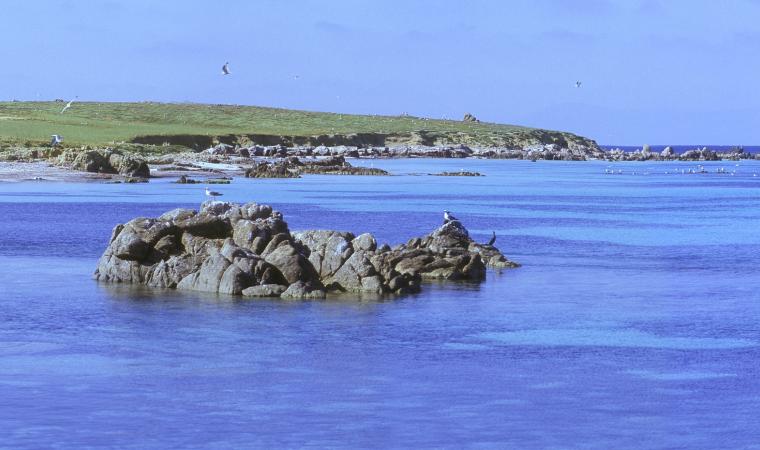 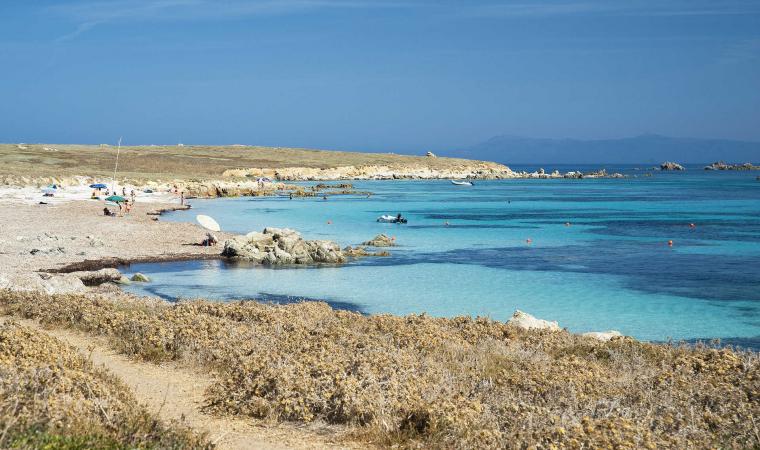 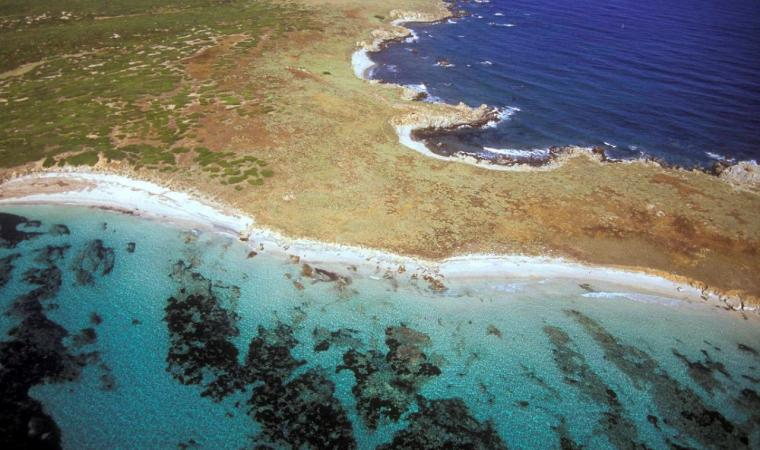 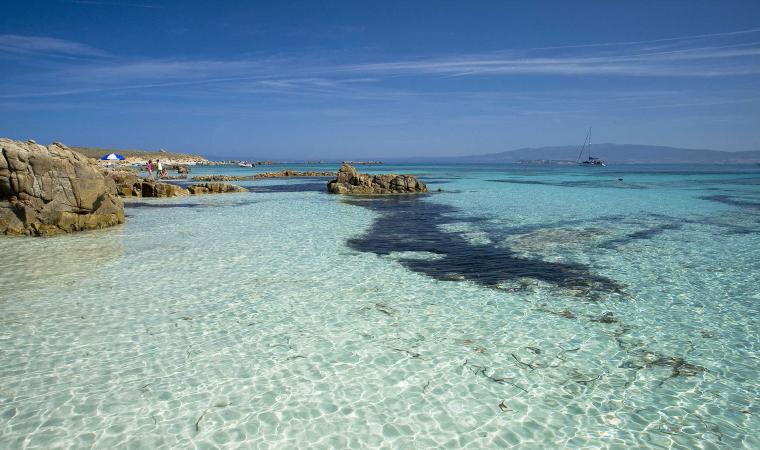 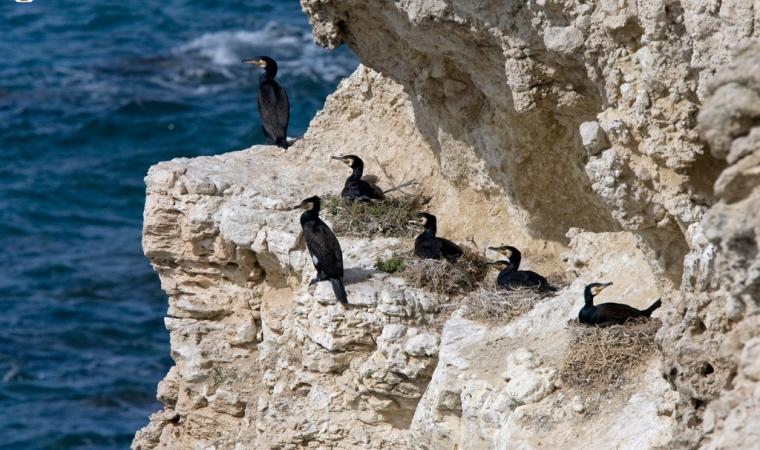