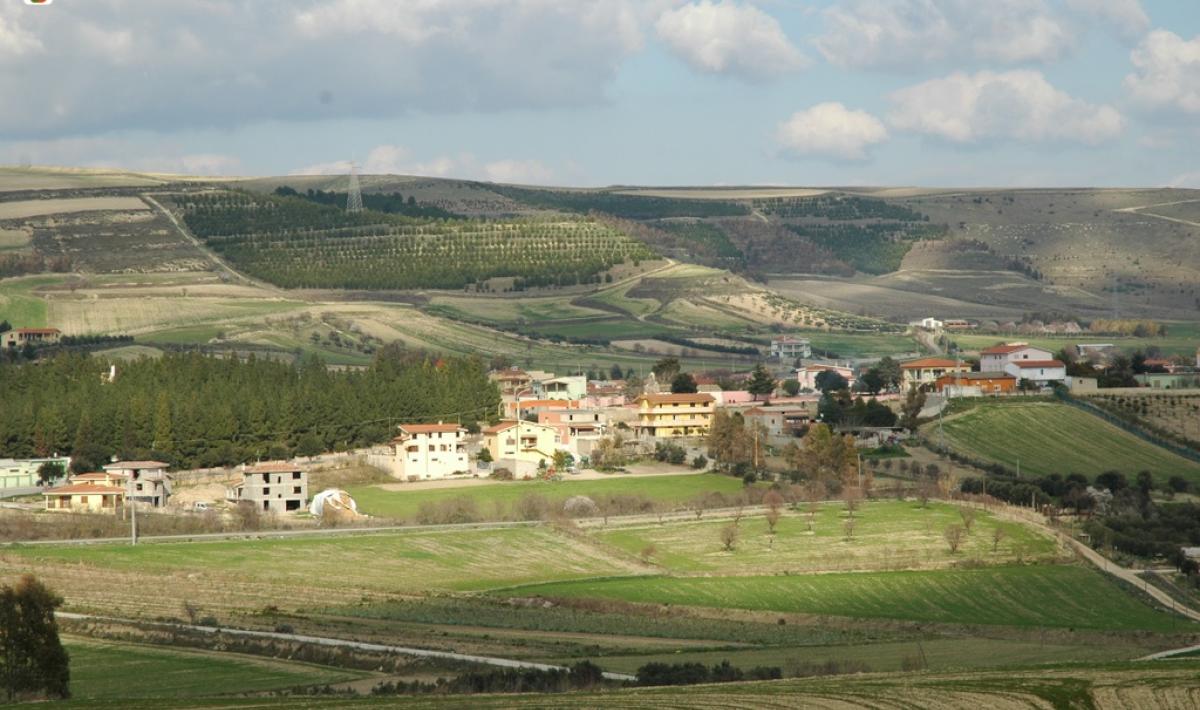 A small agricultural town in Trexenta, in the central-eastern part of southern Sardinia, Guamaggiore is characterised by traditions, ancient churches and culinary delicacies
© OpenStreetMap contributors

Its undulating territory extends from the fertile hills of the Trexenta subregion to the slopes of the Saturno and San Giovanni mountains. Guamaggiore is a village with 1,000 inhabitants, where focus has always been on the production of grain. This has resulted in excellent durum wheat flour, from which fresh artisan pasta is made. One of the typical products is fava beans, protagonists of many a local dish. The gastronomic tradition is expressed in the particular preparation of snails, rabbit a su chittu and sweets (amarettus, gateau and pardulas).

Human presence in the territory of Gomaiori (in the local dialect) is documented from the pre-Nuragic era, with the settlements of the nearby Monte San Mauro dating back to the middle of the 4th millennium. Remains of no less than 25 Nuragic structures, often positioned to defend the territory, attest to the dense population in the Bronze Age. The Nuragic stones were reused for the construction of ancient Christian buildings of worship. In particular, the Chiesetta di Santa Maria Maddalena, a medieval parish church built as of 1219 on the ruins (and using the materials) of the Nuraghe located on a hill southwest of the town, once the fulcrum, that is today the entrance of the village. The interior has a single nave with wooden trusses. The exterior is characterised by the portico and bell gable. In front of the square before the church, which hosts the celebrations honouring of its patron saint at the end of July, stands the Church of San Pietro Apostolo, a Romanesque sanctuary built at the end of the 13th century atop a set of stairs. The rectangular structure bears a single nave with three niches in the presbytery. The tiled roof is based on a wooden plank. The face of a puto (cherub) is sculpted in an imposing holy water font that dates back to 1675. In the front is a portal with a pointed arch surmounted by a bell gable. Subsequently, the town developed around the new parish church of San Sebastiano Martire, built in the second half of the 17th century. The choice of the foundation’s placement is linked to a plague epidemic. The surviving inhabitants of Gueymajori settled near San Pietro where they built it as an offering to the martyr. This became the ‘new’ heart of the town, around which beautiful rural houses rise today in Ladiri (clay bricks). Of a rectangular layout, the parish church is enriched by the presbytery and the five side chapels with polychrome marbles and wooden statues. Many valuable furnishings date back to the initial layout, such as the basin of the sacristy (1678). An ancient pipe organ is preserved in the choir. On the façade is a bell tower with a square design. In honour of the saint, two celebrations are held each year - on 20th January with the lighting of a bonfire, and at the beginning of May with a characteristic festival, Is Carrus a Monti.

To be discovered is a small village in the traditional sub region of Trexenta, immersed in simple and fertile elevations, rich in medieval buildings of worship, and enriched by centuries-old traditions and gastronomic specialties 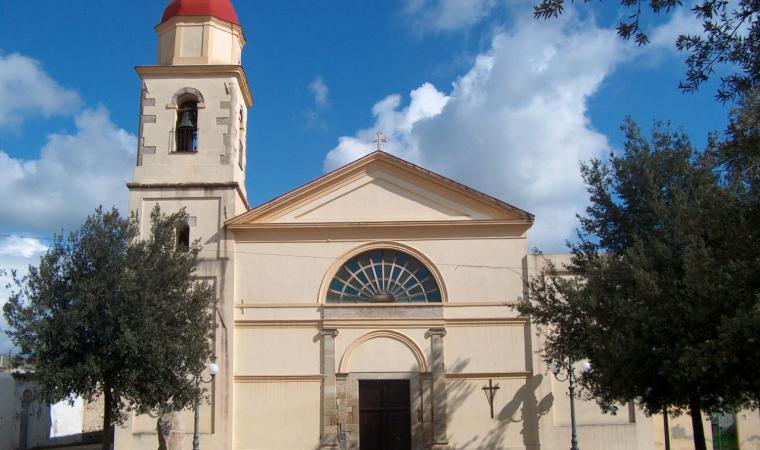 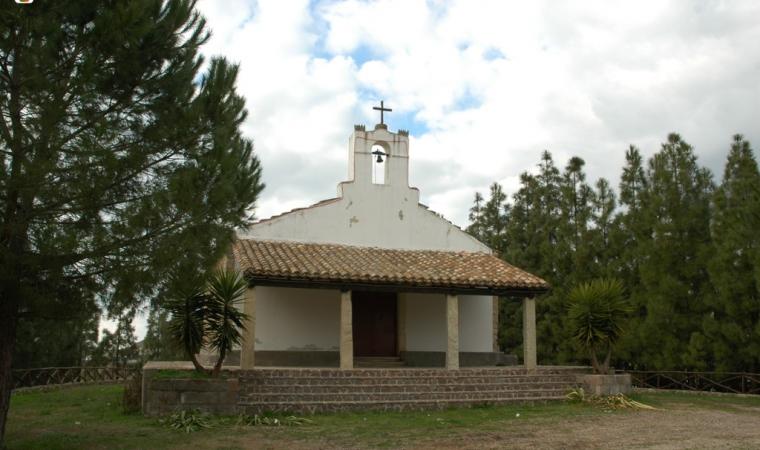 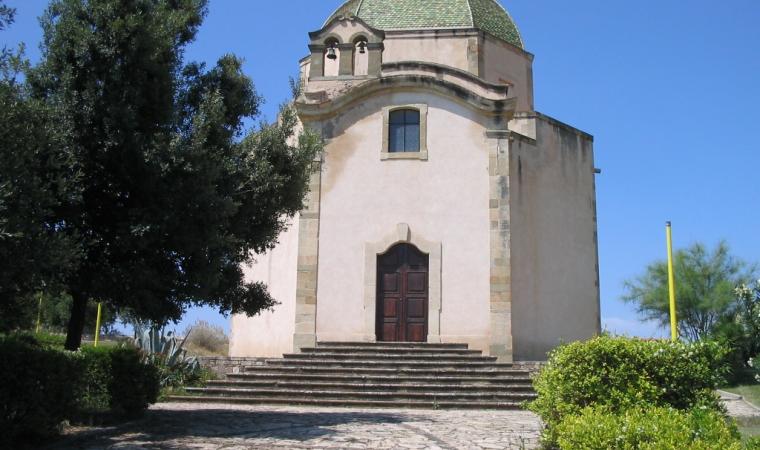 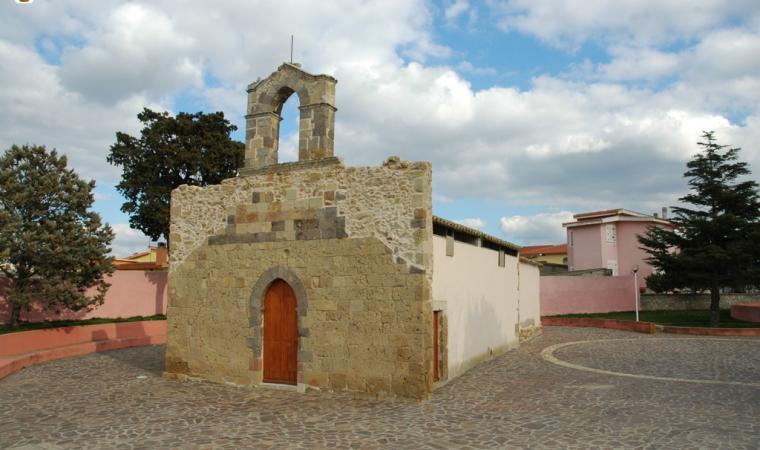