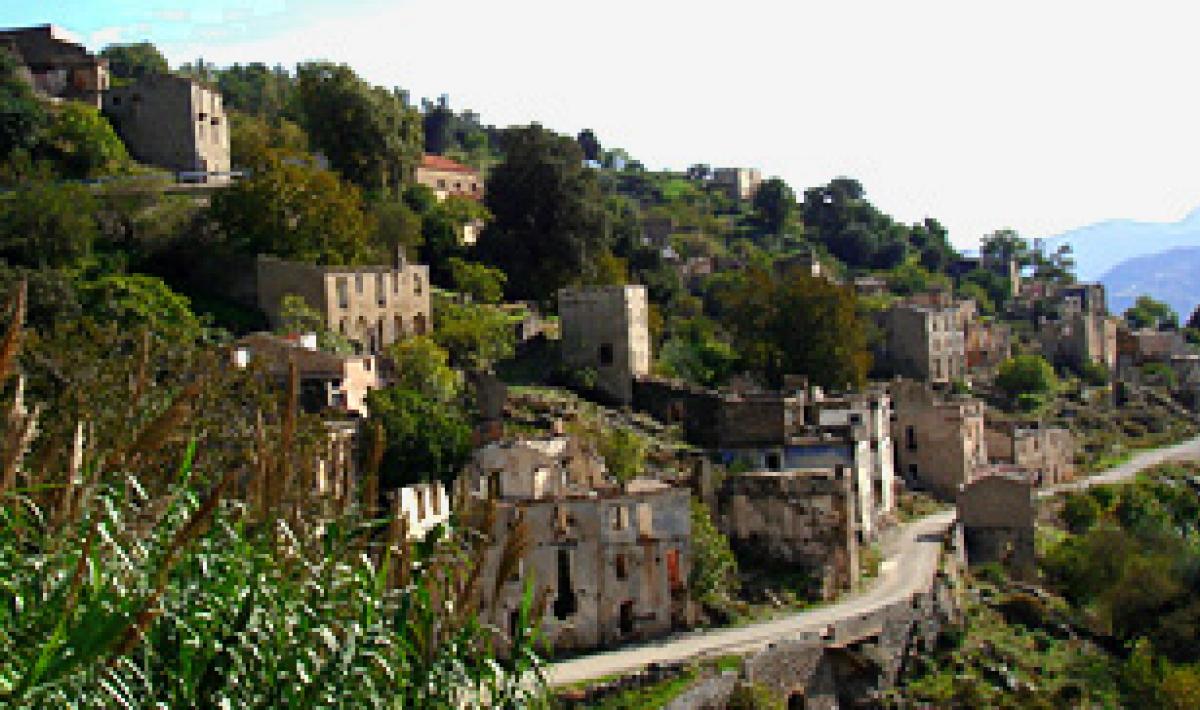 A small but important town in the Olgiastra hinterland in east-central Sardinia whose beautiful landscape stretches down to the seaside, blessed with a myriad of natural attractions

The town itself climbs upwards along a deep gulley with 700 and 800 high walls that came about after landslides caused by torrential flooding in 1951. This forced Gairo Vecchia to be evacuated, and the remains are now a fascinating ghost town. Some of the inhabitants went to live on the coast and founded Cardedu, others went to Gairo Sant’Elena (or new Gairo), now with a population of 1,500. Eight kilometres further on is the suburb Gairo Taquisara, which has a Trenino Verde stop along the Mandas-Arbatax line. It was once the a stop along the shortest stretch of Sardinian railroad that took off from Gairo and followed the river Pardu to Jerzu, the end point and today a museum known as the Stazione dell’Arte (in the town of Ulassai).

The Gairo area goes from Gennargentu to the sea. You will enjoy stunning landscapes: the protected Perda ‘e Liana natural monument stands out majestically in the distance. At 1300 m it is the highest of the Ogliastra tacchi, or outcrops, and is populated by mountain goats and surveyed from above by the lammergeyer. It’s unusual shape is one of Sardinia’s morphological attractions: on a conical trunk rises an impressive tower whose walls climb upwards for 50 metres and a diameter of 100. As you go up, the vegetation thins until it just about disappears along the base. Another natural attraction is the Taquisara grotto, accessible over a route laid out for visitors. Above the grotto is Mount Ferru, graced with natural pools fed by the su Accu ‘e axina river. Enjoy a dip in the water! Mt Ferru and Mt Cartucceddu embellish the coastline with deep purple rocks, while juniper trees fill the air with their heady fragrance. This is the lovely scenario of Marina di Gairo, a quiet, charming seaside resort. Its gems include Coccorrocci and su Sirboni (the boar). The former is a four-kilometre stretch of soft, round, coloured pebbles that are a perfect match to the shades of blue and green of the sea. A nice long hike will take you along the promontory that separates it south of Marina di Tertenia. The latter is blessed with all the beauty of pristine nature and is known as su Sirboni, (or Cala Francese). The fine white sand on the beach stretches far into the shallow green hues of the Mediterranean Sea. The surrounding area is dotted with pre-Nuragic and Nuragic era monuments, remains like is Tostoinus and Perdu Isu and the Giant tomb at rocky fortress that is Taquisara. Nearby, are other landmarks well worth exploring: the famous Serbissi nuraghe, for example, in the Osini area. The region’s most heartfelt celebrations take place in early August in honour of the Madonna della Neve and the Pentecost, all of which includes the enjoyment of such delightful sweets as piricchittus and amaretti, not to mention other treats and renown wines.

A fascinating town with two lives, before and after the terrible flooding, a region that is a treasure trove of natural attractions on the coast and inland