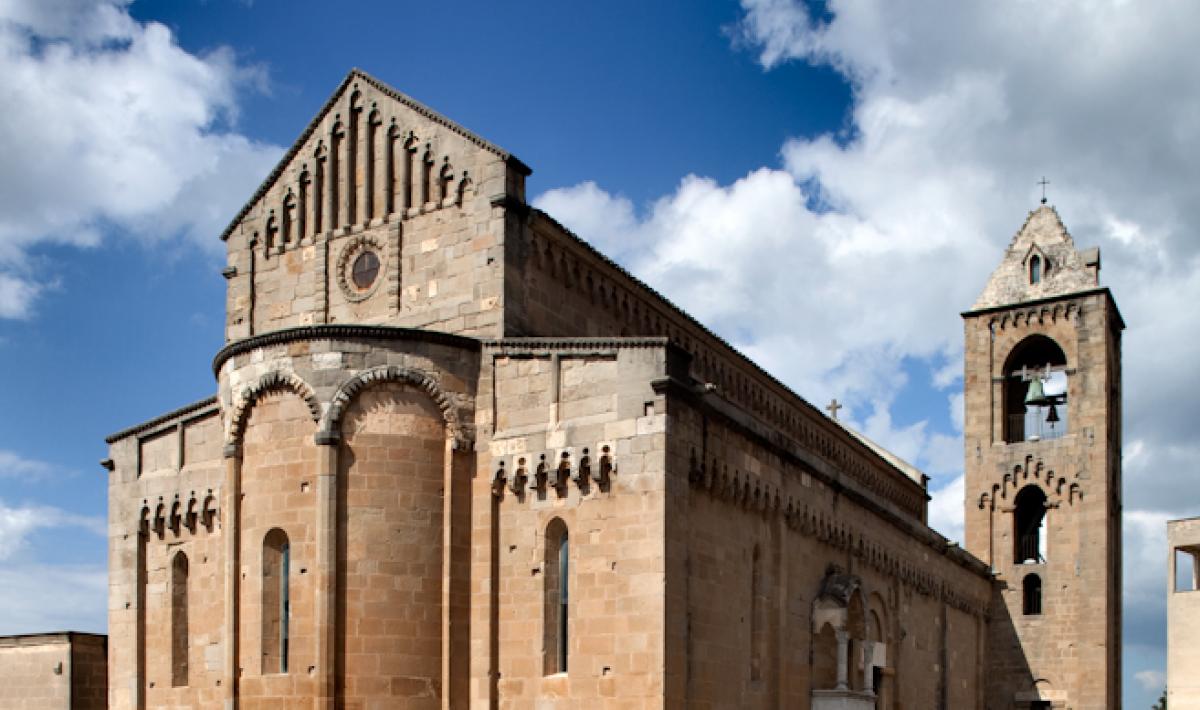 It is the main town in the Parteolla region, in the southeastern part of Sardinia, 25 kilometres from Cagliari, famous for olive oil, wine and one of the Island's most important Romanesque churches
© OpenStreetMap contributors

It was established in 1905 when the two ancient villages of Sicci San Biagio and San Pantaleo, its two patron saints, merged together. Dolianova is a little town with almost ten thousand inhabitants and a territory defined by the Romans as Pars Olea, placing the accent on the widespread olive-growing activity. The first documents regarding Dolia date back to 1089. Close to the residential area, you will find an environment that exemplifies evolved rurality, with orderly olive tree cultivations (some of which are centuries old) and vineyards. Unsurprisingly, there is a museum of oil-producing tradition, Sa Mola de Sa Notariu, in the town, located inside Villa Boyl (17th century). Dolianova is also famous for wine-growing and viticulture: Nuragus, Nasco and Moscato. Also worthy of note is its cheese-making activity: excellent sheep's and goat's milk cheeses come from its cheese factories.

The traditional Campidano dwellings make the town stand out. Among these, the Villa de Villa is worth visiting. It dates back to the first few years of the nineteenth century and is used for exhibitions and other events. The old town centre is located around the symbol of Dolianova: the former cathedral of San Pantaleo, a unique Sardinian Romanesque church, as well as one of the most precious in southern Sardinia, built between the beginning of the 12th century and 1289 (the year of its consecration). Forms and decorations bring to life an overall mixture of various influences, resulting from the different phases of its construction. An architectural gem and one of decorative exuberance, it has always been a place of worship: first Early Christian, as is confirmed by the 5th-6th century baptismal font preserved in the presbytery and the remains of a 10th century church pertaining to the Early Middle Ages. The temple, which was a cathedral of the diocese of Dòlia until its suppression (1503), will strike you, not only for its architectural majesty but also for its sculptural decor and pictorial works, like the Retable of St Pantaleon (end of the 15th century). The celebrations in honour of the patron saint embrace two periods: two weeks after Easter and the end of July, with sacred ceremonies and cultural events. At the end of September, the medieval festivity takes place in the parvise of the former cathedral. At the beginning of September, don't miss the equestrian joust of S'Attobiu de Is Parigliantis, with costume parades and folk groups.

The Dolianova countryside has been inhabited since prehistoric times, especially in the hilly area. Over 120 Pre-Nuragic and Nuragic sites have been counted, where numerous artefacts were found and are now kept in the National Archaeological Museum in Cagliari. The Nuraghi of Sa Dom'e S'orcu, the Tomb of Giants of Su Tiriaxiu and the Nuragic complex of Sant'Uanni all stand out. In Roman times, the Patulcenses Campani settled there and are mentioned in the Table of Esterzili. In addition, the Baths of Sa Cora are evidence of the Roman era.

This is the land of wine and olive oil, in the centre of a fertile, highly productive territory, which is also famous for the former cathedral of San Pantaleo, a unique Romanesque temple on the Island 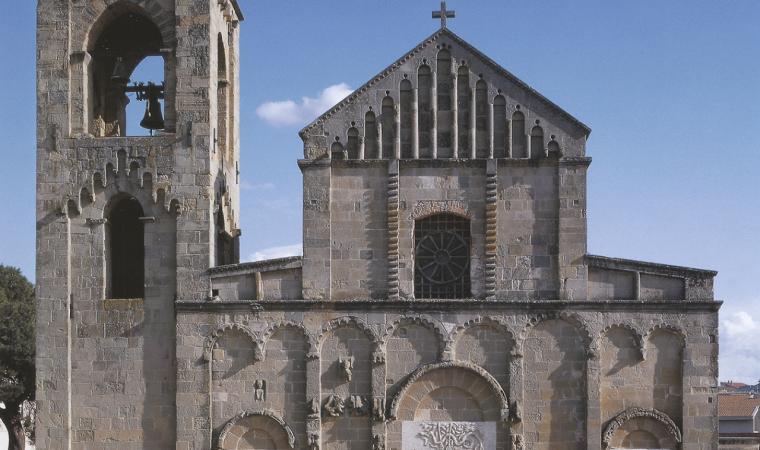 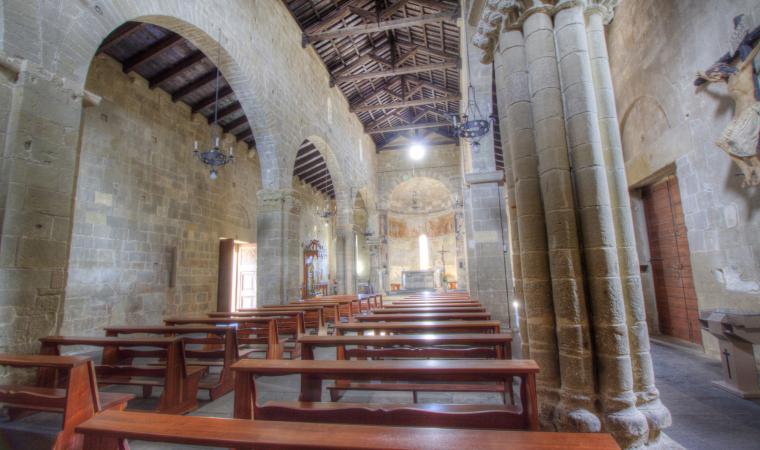 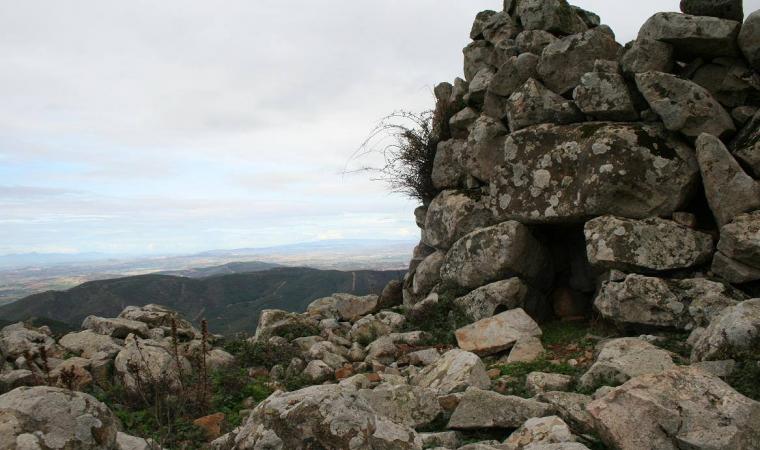 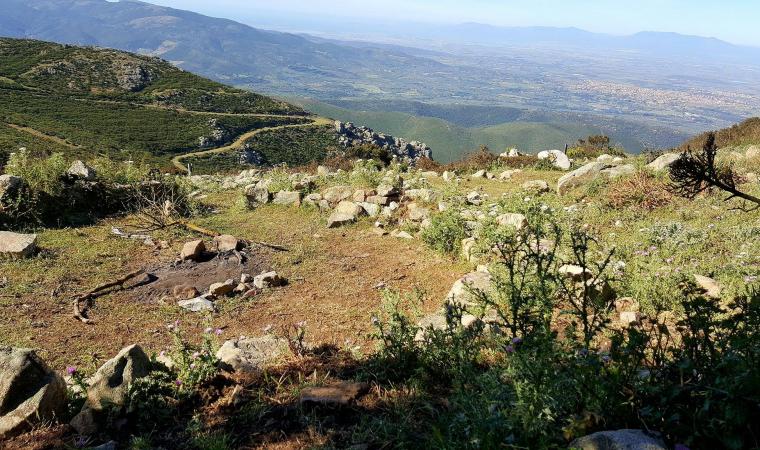 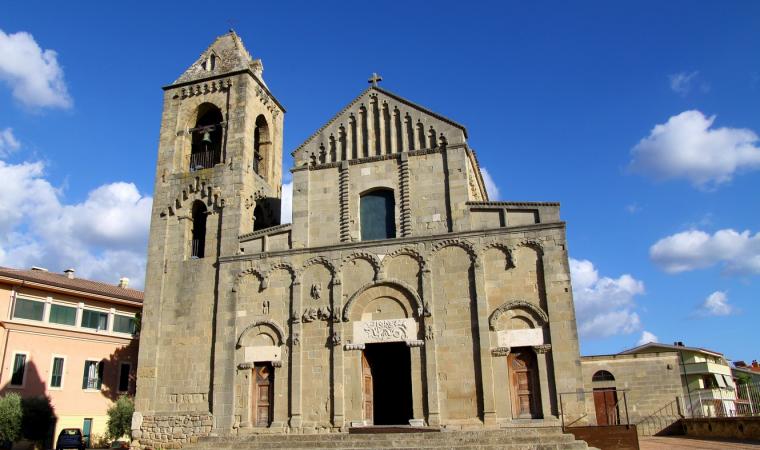 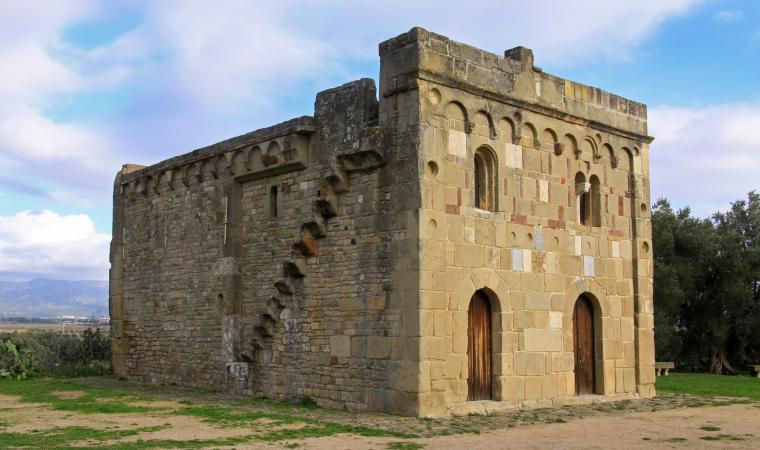 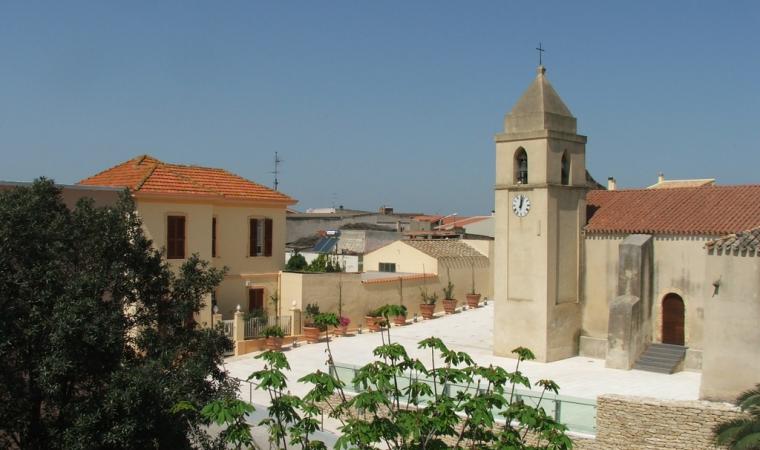 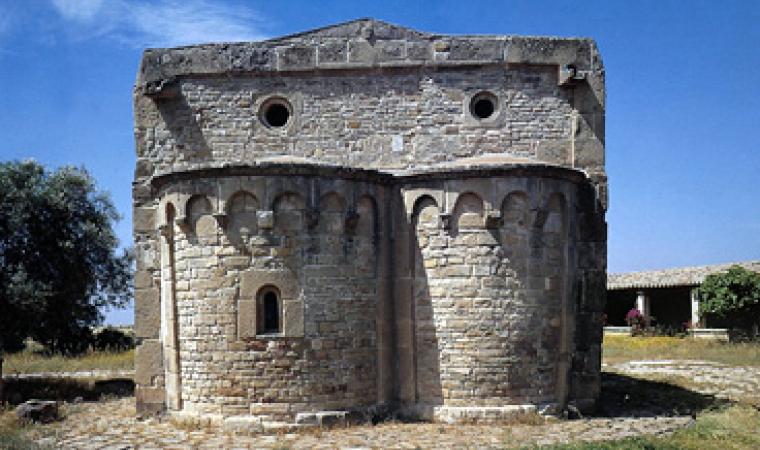 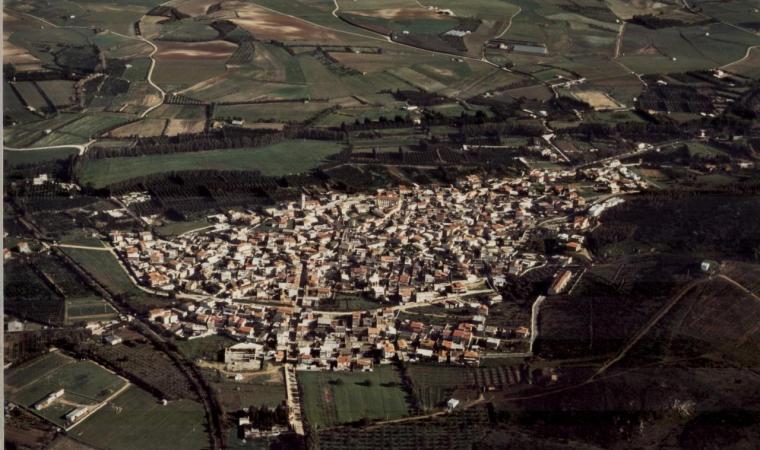 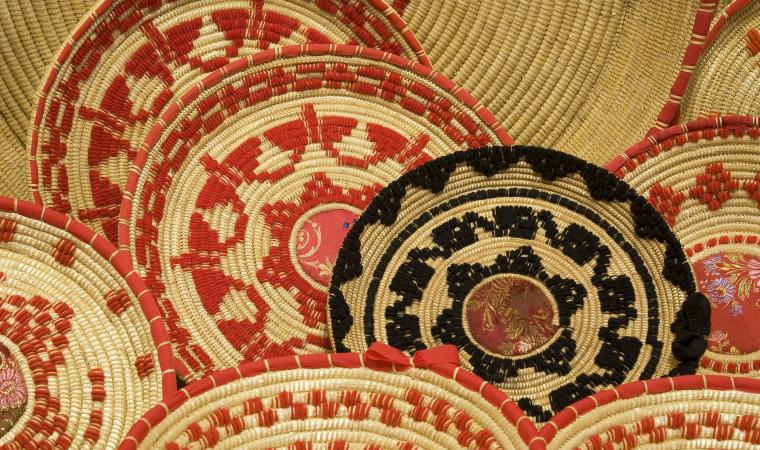 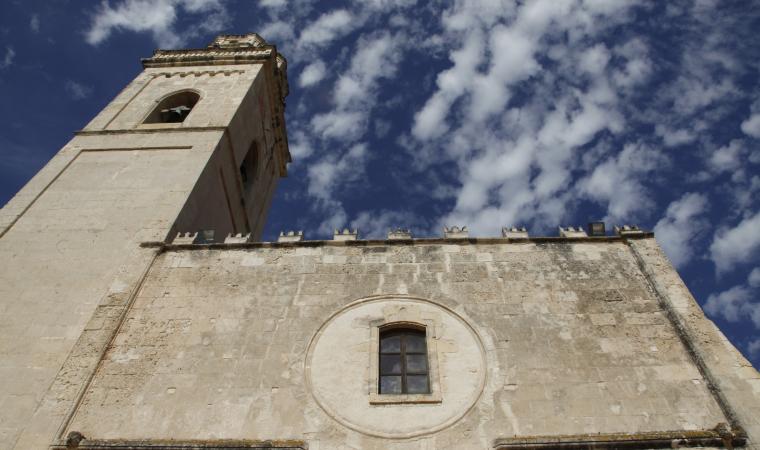 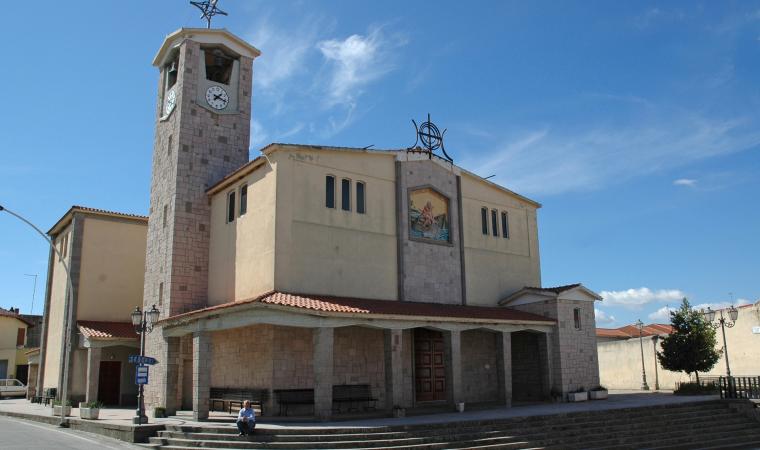 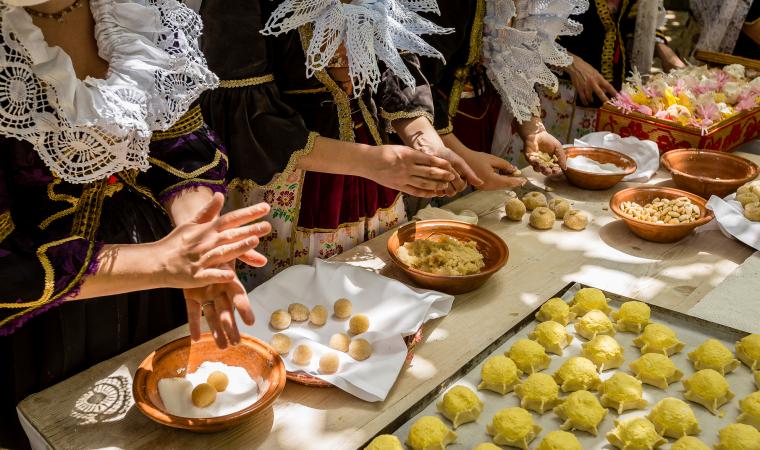 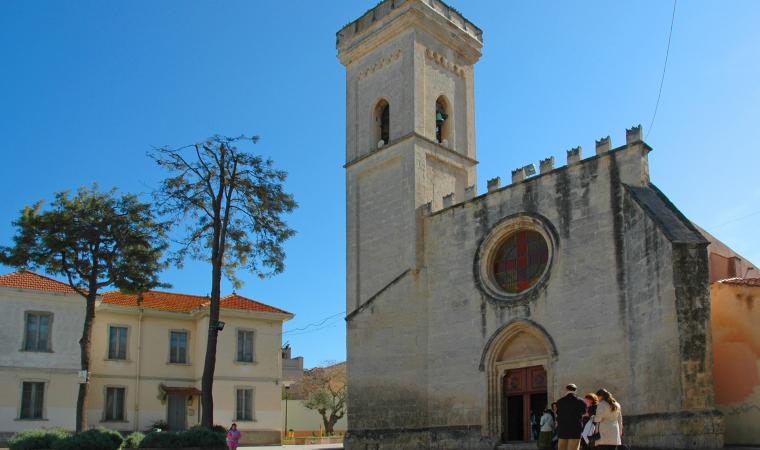 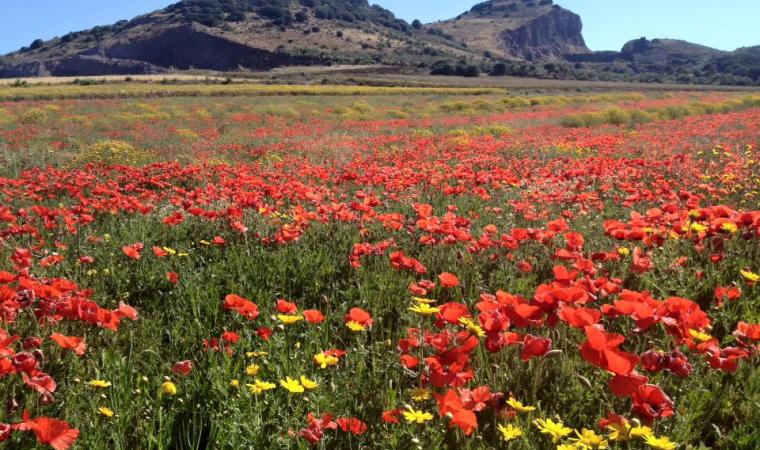 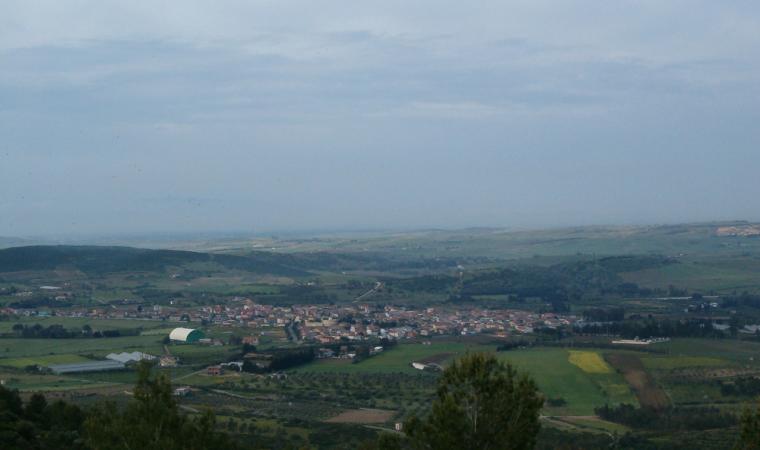