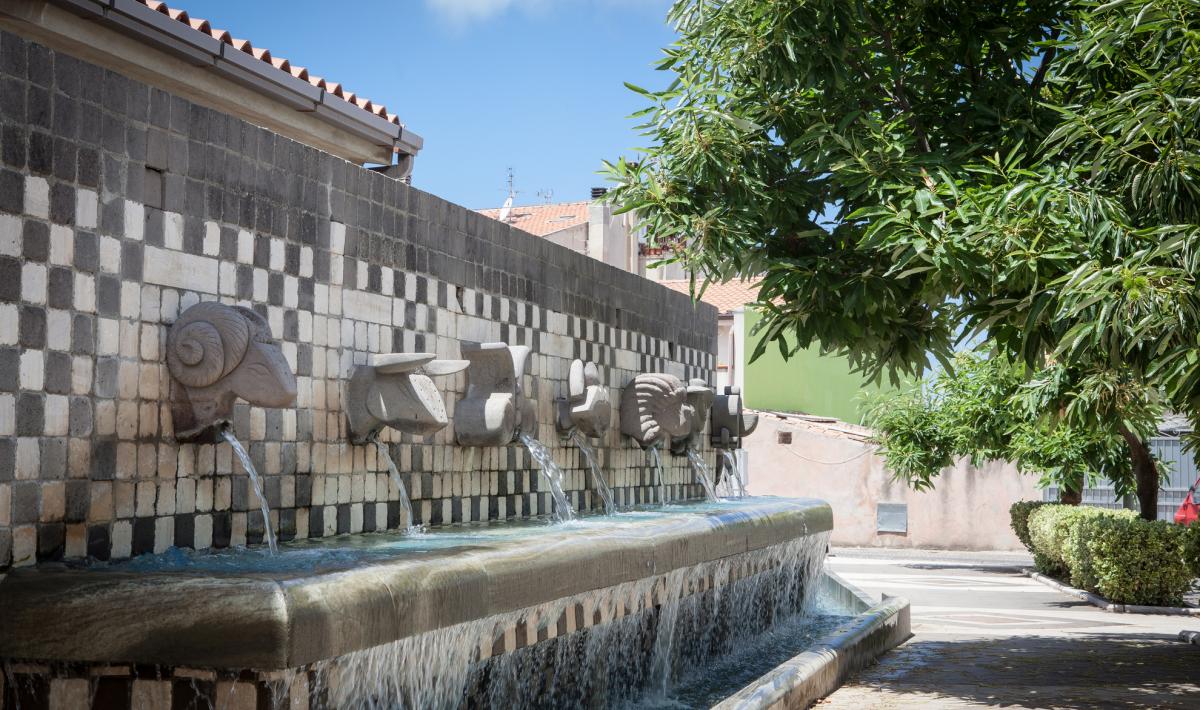 A tiny 'open-air' museum-village country-museum in the Planargia region, in central-western, Sardinia, famous for the art of weaving, murals and Malvasia wine

It shares the production of asphodel, cane and willow baskets with another little village, Flussio, to which it is joined without any interruption by State road 292 that crosses the Planargia region. Tinnura is a little village of just 250 inhabitants, among the smallest on the Island. It is located nine kilometres from Bosa and 55 from the provincial capital, Oristano, on a basalt plateau and it looks out onto the fertile valley of Modolo. Breeding and agriculture are the main activities here: olive groves, fruit orchards are cultivated here, as well as vineyards from which excellent wines are produced, particularly Malvasia.

The little village is an 'open-air' museum of modern art: in the evocative streets and paved squares, you can admire monuments and statues of Sardinian artists (among which Simplicio Derosas and Pinuccio Sciola) and colourful murals painted on the façades of the houses, depicting moments of rural and village life. You will also be impressed by the variety of colours of the streets paved in red trachyte, white marble and grey basalt, along which, in the springtime, you will notice the plant fibres drying in the sun to be used for basket-making. Until not long ago, the water used to macerate the asphodel came from the village fountains, among which the Funtana 'e giosso, of which you can admire the architraved entrance and the little plastered dome. The place name itself, which has pre-Roman origins, probably comes from thinnías, the spiny rush plants that grow along the nearby rivers. Also worth visiting is the seventeenth-century parish church of Sant'Anna with its elegant striped red-brick bell tower. The patron saint is celebrated at the end of July with religious and civil rituals. Another heartfelt celebration is that for the blessed Vergine del Rimedio, at the beginning of September.

The territory of Tinnura was already inhabited in the pre-Nuragic age, as is demonstrated by several menhirs. Dating back to the Bronze Age, there is the nuraghe Tres Bias (or Trobia), a complex structure placed to guard the surrounding area and the nearby Tomb of Giants su Crastu Covocadu, one of the largest and most important on the Island, around which artefacts from the second half of the 2nd century BC, namely the Roman era, have been found. Numerous farms that cultivate cereals were linked to it and survived right up until the Middle Ages, when the village was under the domination of the Giudicati, first of Cagliari, then of Arborea, with a short period under the feudal government of the Malaspina family.

It is the village of asphodel baskets and Malvasia wine: paved streets, monuments in the squares, dwellings coloured by murals and green landscapes all around, dotted with archaeological sites 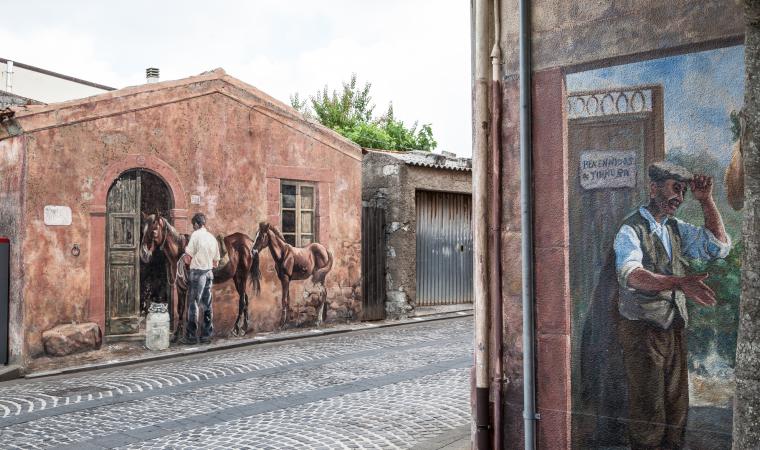 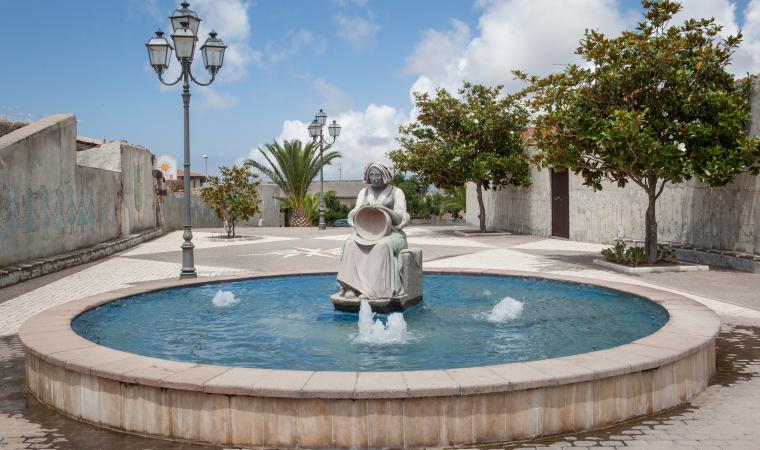 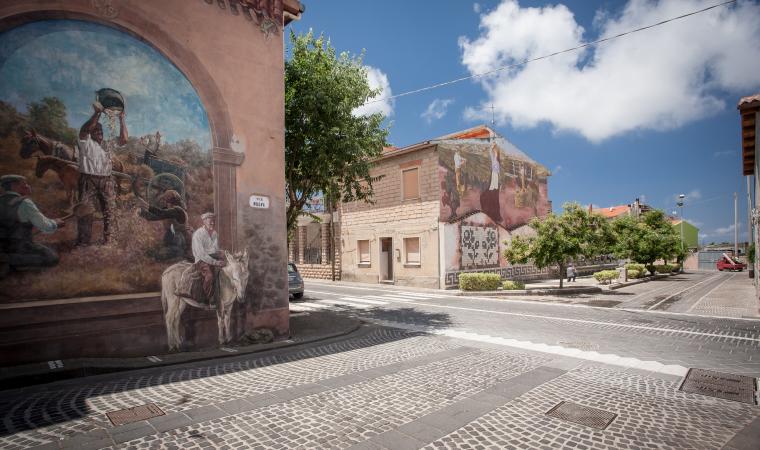 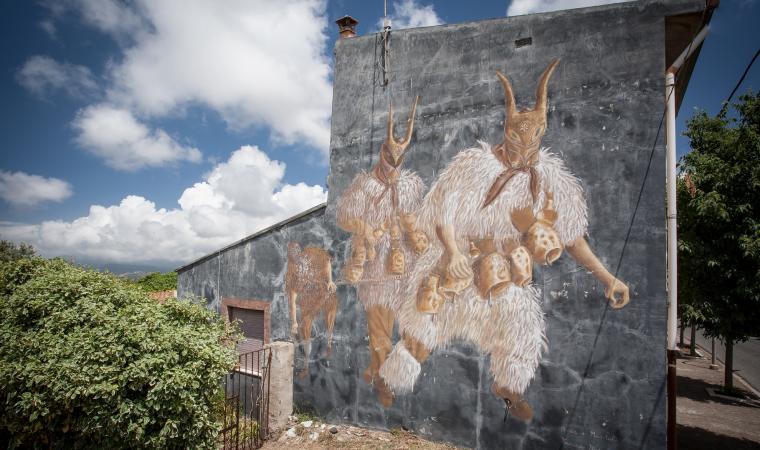 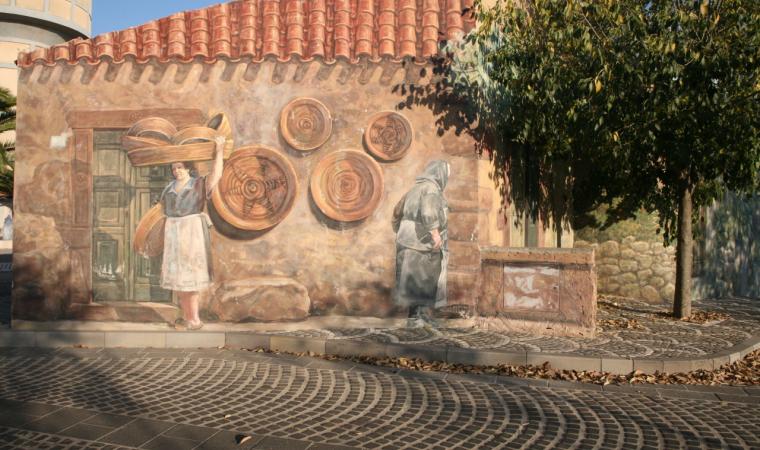