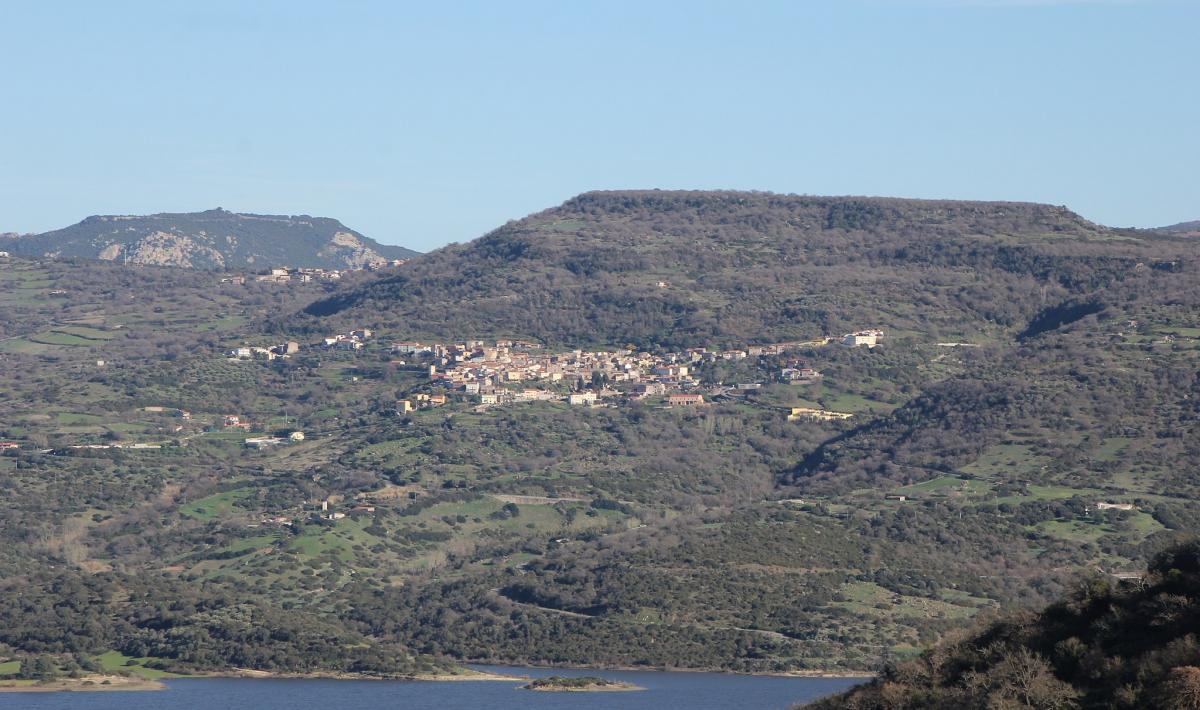 A delightful village in Barigadu in central Sardinia, halfway between Oristano and Nuoro, Sorradile overlooks Lake Omodeo and is rich in ancient churches and prehistoric heritage.
© OpenStreetMap contributors

Stretching along a gentle slope overlooking Lake Omodeo and surrounded by hills with alternating almond groves, olive groves, vineyards and ancient oaks, Sorradile is an agricultural-pastoral town with 400 inhabitants in the Barigadu region, which is part of Borghi Autentici d’Italia (the official authentic villages of Italy), serving as a ‘linkage’ between the plain and the mountain in the Tirso valley. It was originally called Oiratili, a Villa donated in 1156 by the Barisone Giudice (ruler) of Arborea to his wife, Algaburga di Catalonia. Exalted in its narrow streets is the red of the trachyte adorned the houses it decorates and lit in a plethora of shades when illuminated by the sun. Two districts form the village: Corte ‘e Susu, built in ‘terracing’ style, from which you will see views of lake and hills, and Corte ‘e Josso, further downstream, where there is the Parish Church of San Sebastiano. Built in 1642 on a Romanesque layout, it is a sumptuous example of sacred art of the 17th-century picapedres, blending Romanesque, Gothic, Renaissance and Baroque elements. The patron saint is celebrated twice - on 19th January and mid-May, together with the Sagra dei Dolci di Mandorle (almond sweets food festival) and Magasinos Apertos. On 16th January, the Fuochi di Sant’Antonio Abate light up the parish churchyard. A highlight in the village is the Chiesa di San Michele Arcangelo, rebuilt in the 15th century, along with two impressive shrines in the countryside with respective muristenes, resplendent with lights and colours and resounding with songs and dances during the novenas. In the church of Santa Maria Turrana, perhaps dating back to 1573 (but originally from the mid-13th century), celebrations are held in early September with a procession that accompanies the wooden statue of the Virgin Mary (who has a dark face) to the Sas Iscaleddas wood, followed by nine days of saying the rosary and laudas and s’Issadorzu, the last night of the celebration. In San Nicola (ever since the second half of the 12th century), in the church of the lost village of Nurozo, celebrations are held in mid-September.

The territory is a trekker’s paradise: in the Salto di Lochele, amidst cork oaks and downy oaks, one can admire a gorge in which flow the waters of the Taloro which, along with the Tirsoflow, which joins the Omodeo, the largest body of water of the Island, rich in nature and history. When the water level is low, a petrified forest and various Nuragic structures can be admired. On one of its banks stands the greatest testimony of the third millennium BC, the Domus de Janas of Prunittu, a total of 15 multi-chambered sepulchres, amongst which is Tomb X, known as Sa Cresia. Other Neolithic necropolises are those of Sas Lozas, consisting of five Domus with architectural-decorative motifs, and of Isterridorzu, formed by six hypogea. The Nuragic legacy is noteworthy, with remains of huts, a Nuraghe that was transformed into an oven for baking tiles, the mono-tower Urasala and another ten Nuraghe structures submerged by the lake. On the banks stands the religious complex of Su Monte, similar to the Sanctuary of Santa Vittoria. A wall encloses two minor structures, which includes a hut, and the temple, of which the base can be seen, composed of an entrance and circular chamber with a ‘altar-basin’ and a model of a Nuraghe in the centre. The area has been inhabited since the ancient Bronze Age (1800-1600 BC) to the Late Punic Age (250 BC). In the exhibition dedicated to the excavations of Su Monte, there is an impressive reproduction of the altar-basin, ceramic finds, lithics and votive bronzes.

A village with an evocative and authentic charm, surrounded by unspoiled nature, it preserves centuries-old traditions, ancient buildings of worship and prehistoric heritage. 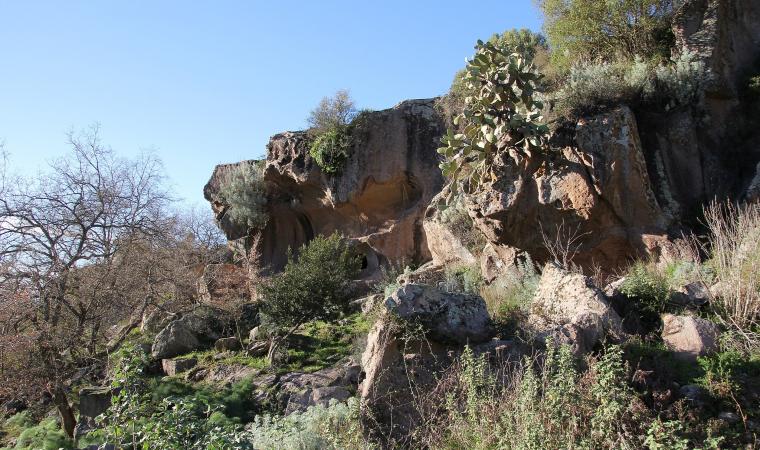 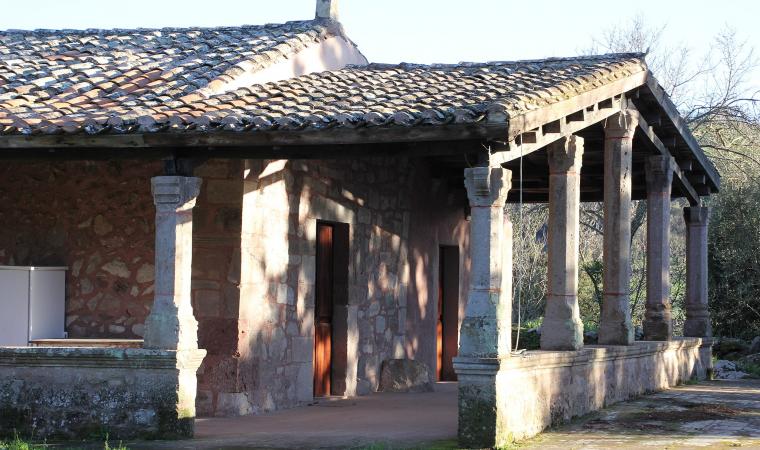 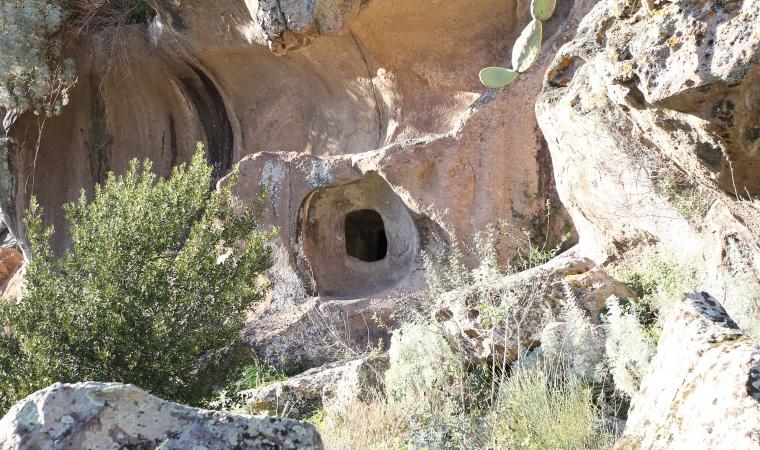 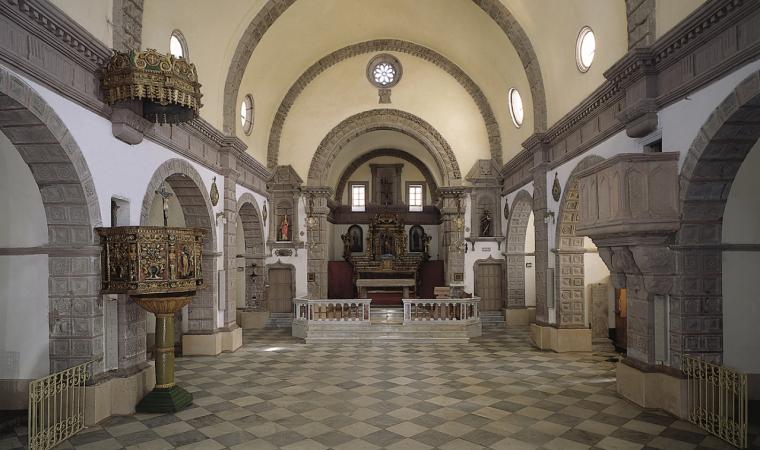