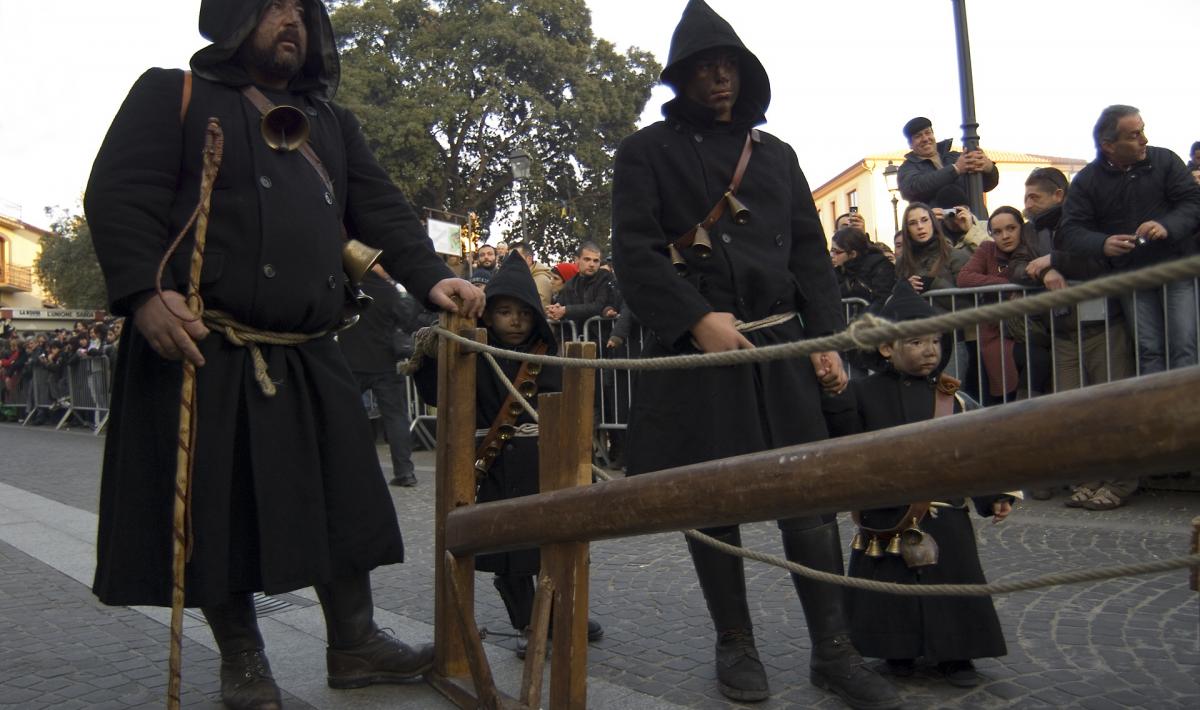 A characteristic "granite" village in central Sardinia, half-way between Nuoro and Macomer, with a wealth of craft and carnival traditions, churches and archaeological sites
© OpenStreetMap contributors

The village is set on the edges of the Marghine mountain chain, on the granite plateau of sa Serra, where there is a natural park abounding with prehistoric relics. Orotelli is a town with 2000 inhabitants in the Barbagia di Ollolai, one of Borghi autentici d’Italia, known for producing excellent quality wheat, leather and stone goods as well as for its ancient traditions, such as the famous Thurpos (blind man's) mask, worn by men along with a black orbace (heavy woollen) hooded coat. Along with Mamoiada and Ottana, Orotelli is one of the most significant Barbagia carnivals. The hypotheses surrounding the origins of the name focus on its characteristics: it could derive from the Greek term oros (plateau) and tello (to be born), or from the Latin ortellius, land of gold, for the wheat. Compared to other nearby agricultural towns, Orotelli has always been known for its cereal-growing tradition. The local cobblers are masters in creating the traditional leather sos cambales (boots). You can see them at work in November, during the Autunno in Barbagia event.

The town is divided into two nuclei. The low, robustly-built granite houses of the historical centre are laid out around the parish church of San Giovanni Battista, an impressive Romanesque monument with a suggestive 14th century bell tower, or the nearby Church of San Lussorio, built in the 18th century in granite blocks. The new quarter of Mussinzua features the once-rural church of San Salvatore (16th century) and the other parish church of Spirito Santo, built on the ruins of a 14th century Aragonese church. The church of patron saint San Giovanni (celebrated in late August), built in red trachyte in the early 12th century, has undergone several restorations that have altered the original Romanesque layout, of which only the facade, apse and pilasters of the transept and sides remain. For 23 years (1116-39) it was the home of the diocese of Othana, while the new cathedral, the Church of San Nicola in Ottana, was being completed. Two other sanctuaries stand out in the countryside, in the centre of abandoned medieval villages: Nostra Signora di Sinne and the Church of San Pietro in Oddini, located next to the Sos Banzos hot, sulphurous springs with therapeutic properties.

The origins of the town date to pre-Nuragic times, as confirmed by the Sinne dolmen. The Giants' tombs of Forolo and sa Turre ‘e su Campanile, along with several Nuraghes (some of which have only one tower) date from the Bronze Age, including the spectacular Aeddos Nuraghe, one of the most important prehistoric remains in the Nuoro area. Built from enormous blocks of granite, the sheer size has remained intact over the millennia. The small Càlone Nuraghe that dominates the entrance to the town, and the Nuraghes with a central tower and tripartite bastions in the sa Serra park, are also of interest.

In a town in the heart of Sardinia, you can discover a way of life that has survived the centuries, from ancient churches to Nuraghes, from carnival masks to cambales 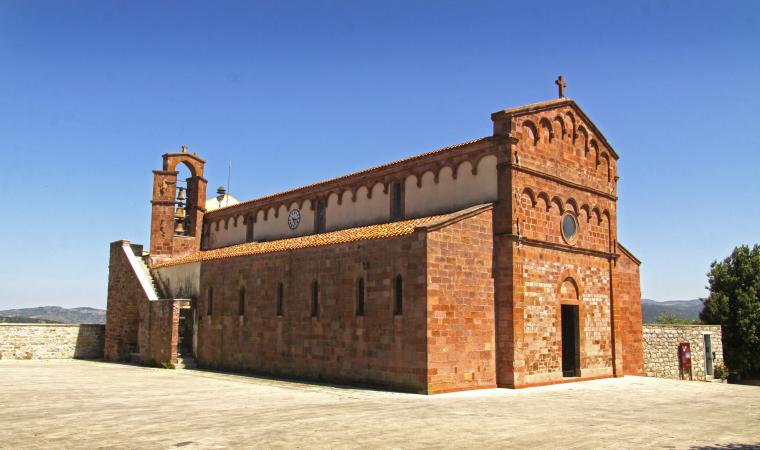 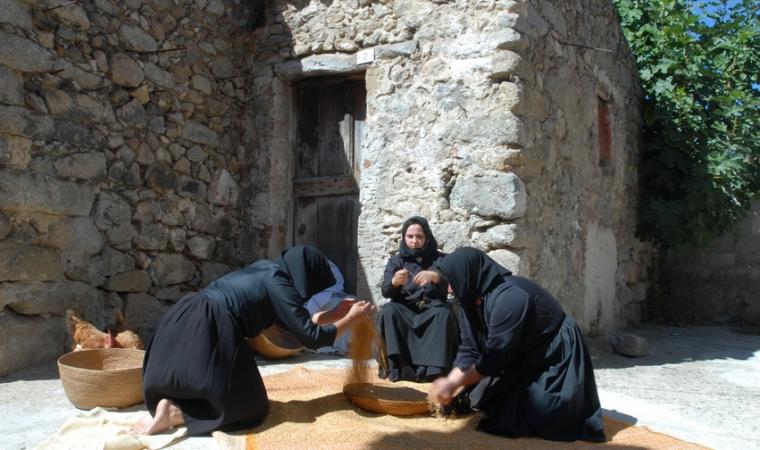 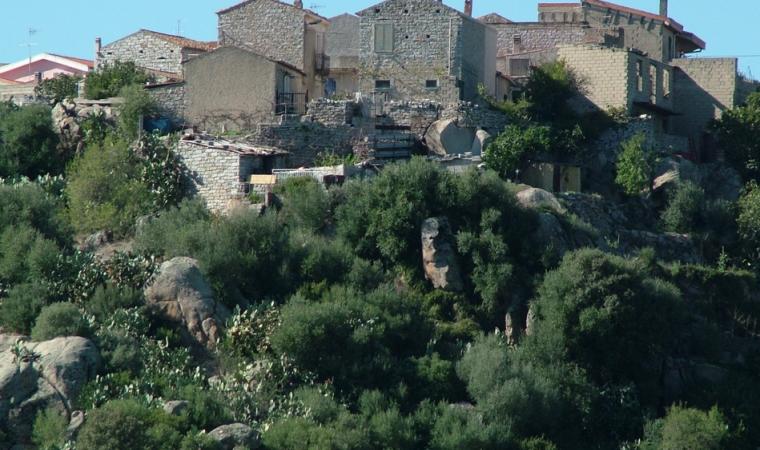 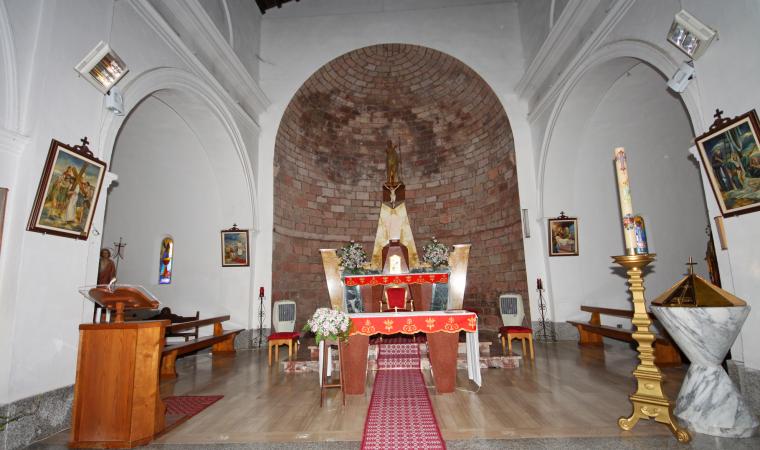 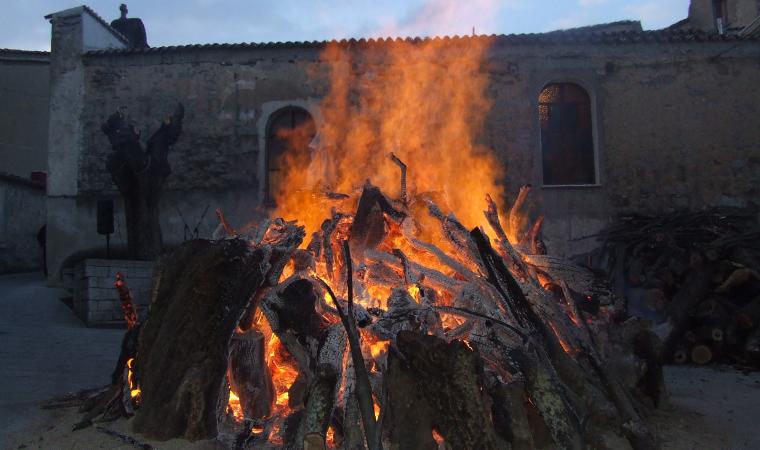 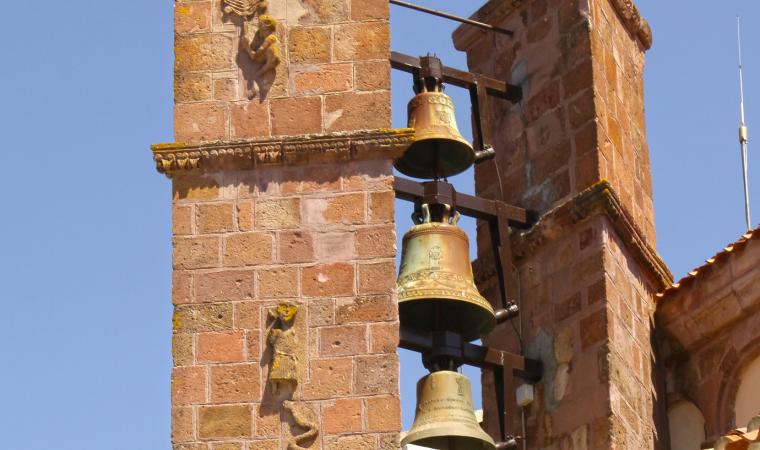