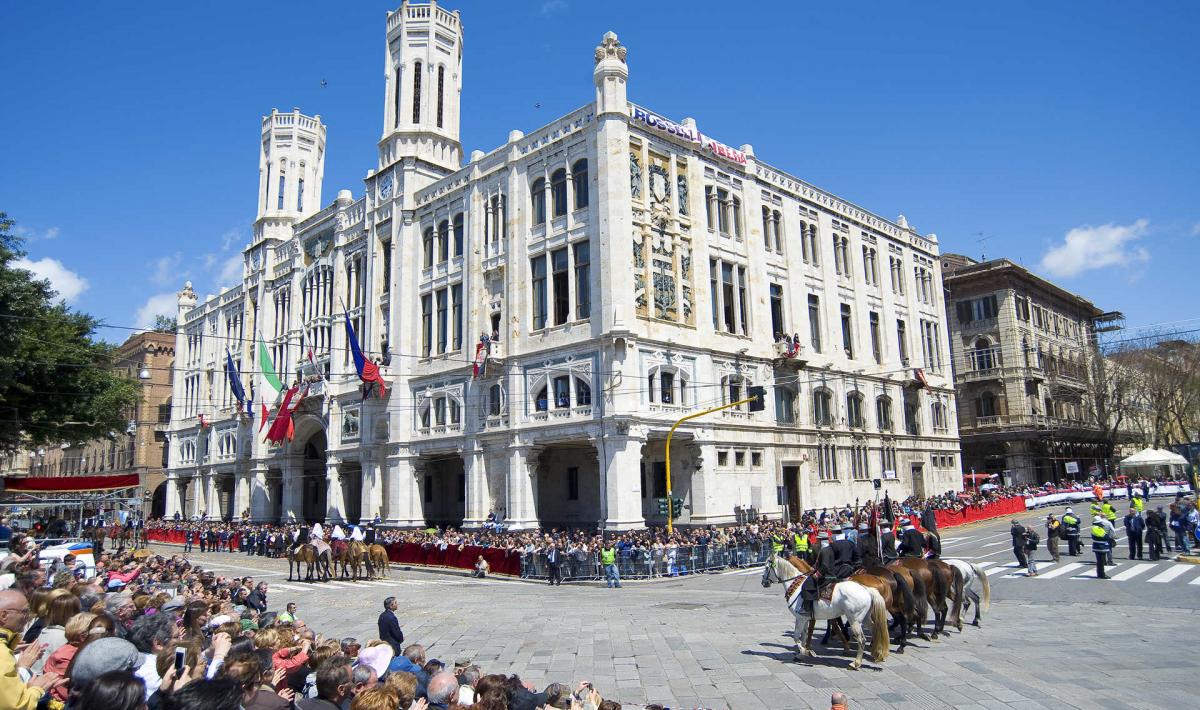 Cagliari’s Palazzo Civico, or City Hall, rises above the harbour like a bastion of white stone, elegant in shape and colours, perfectly in tune with the other old buildings that line Via Roma. City Hall was originally located at Piazza Palazzo in the Castello quarter, fortified higher part of the city and symbol of its defence. Thanks a the far-sighted initiative of Mayor Ottone Bacaredda, the city’s main institution was moved to the more popular Marina quarter adjacent to the Stampace quarter by the seashore, a sign of changing times. In 1896 the city’s councilmen had deliberated that the seat of government should leave the city walls and head down towards the harbour. The building’s design was based on a Gothic-Catalan model and constructed with white calcareous rock graced with art deco embellishments. It was solemnly inaugurated in 1907. The move was an expression of a new political trend that reflected the ideas of the business class: visibility, comparison and openness, a radical departure from aristocratic pride and diffidence. Cagliari presented itself to the world as a modern city with an impressive ‘visiting card’: a new City Hall that was not spared the bombing raids of WWII and thus rebuilt between 1946 and 1953.

The building can be visited like a museum and occupies a city block set between Via Roma, where the main entrance is, Via Crispi, Angiogi and Largo Carlo Felice. The façade is graced by a portico of seven arches plus the central arch, which leads to the courtyard. At the top are two 38-metre high octagonal towers, while four obelisks decorated with the heads of the Four Moors adorn the corners. Works in bronze by Andrea Valli grace the prospects: an eagle holding up the city’s emblem, two lions and allegorical representations of Agriculture, Commerce and Industry. A two ramps of stairs lead to the upper floor. In the Consiglio hall are three important works by artist Filippo Figari. The nearby Giunta hall is home to the Gonfalone and the XVI-century retable of the Consiglieri. In the Wedding Hall is a work by Figari depicting a Sardinian wedding, as well as a variety of beautifully crafted artisanal furniture. There are also jewels, archaeological relics and the simulacrum of St. Agostino. In the mayor’s room is a large 1620 Flemish tapestry, and in the Savoy room three works by Maghinotti: portraits of Vittorio Emanuele II, of Carlo Alberto and his arrival in Cagliari in 1840. 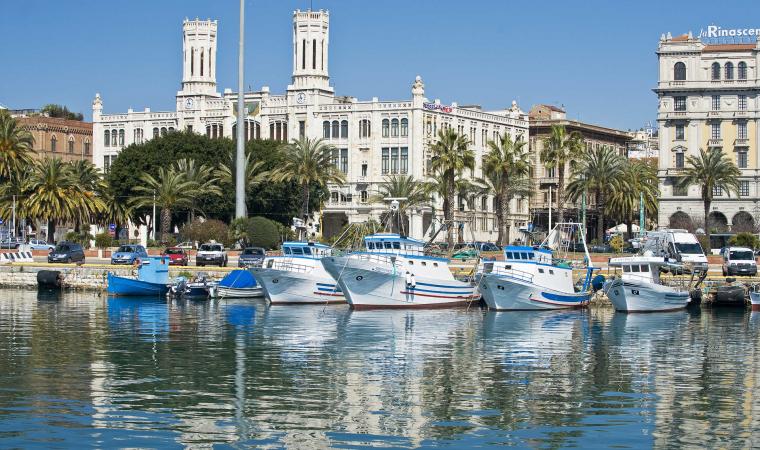 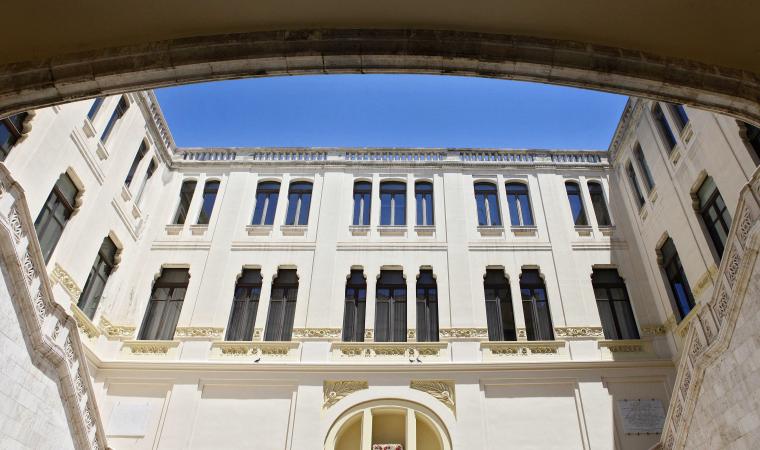