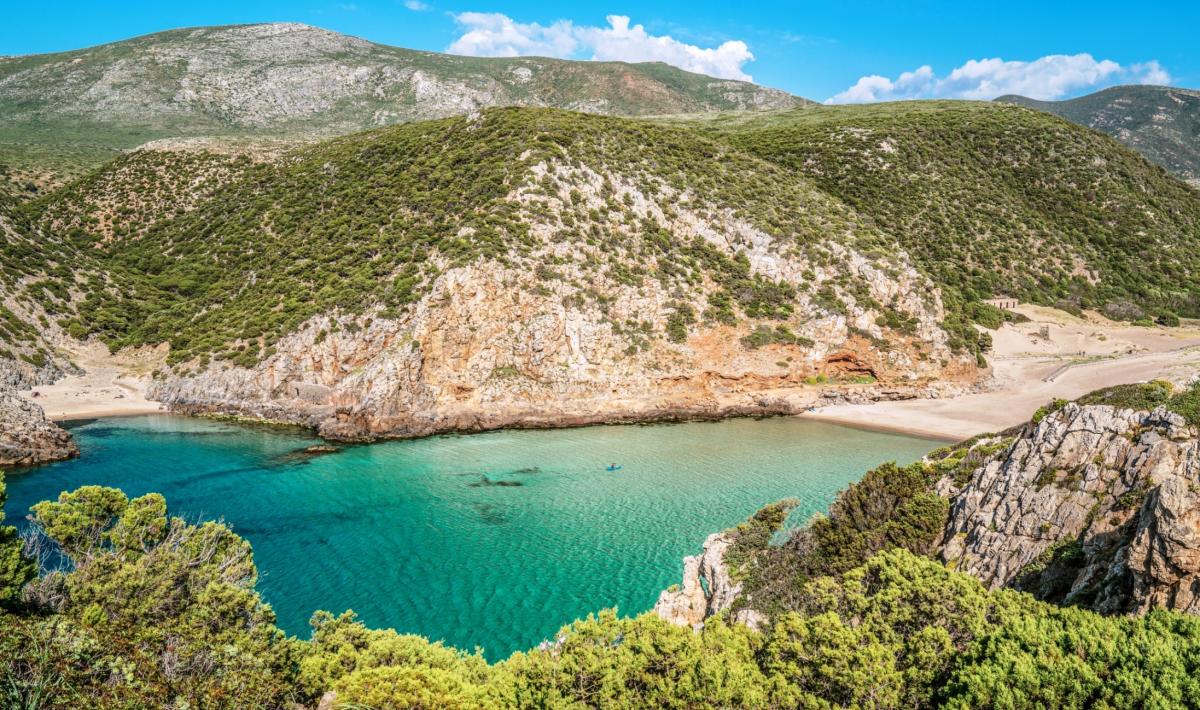 On the south-west coast of Sardinia, on the border with Sulcis, there is a splendid bay framed by high cliffs overlooked by a Spanish tower, where a history of mining and uncontaminated nature blend in a single landscape
© OpenStreetMap contributors

Up until 1940, minerals were mined and loaded onto ships here. Like an authentic open-air industrial museum, CalaDomestica, two kilometres south of Buggerru, still preserves the ruins of warehouses, deposits and tunnels dug by the miners. One of these to the right of the cala leads to a second, hidden, almost intimate cove known as La Caletta.

The larger cove is a deep and stunning inlet, almost a fjord, with a wide, sheltered beach with soft, compact sand that ranges from white to amber and gold. Small Mediterranean bushes dot the dunes behind the stretch of sand. In front, there is one of the most beautiful, turquoise and azure seas of Sardinia.

The impressive, white, calcareous cliffs that surround the beach make it feel like you're in a corner of paradise, where uncontaminated nature rules. The seabed is low and sandy, with a few rocks out to sea near the promontories. You won't hesitate to pull on a mask and dive in to admire the extraordinary submarine world, with a huge variety of fish swimming in the crystalline water. It is no coincidence that it is particularly popular with underwater fishing enthusiasts. CalaDomestica has a large car-park, camper van area, picnic area, access boardwalk and campsite. It is overlooked by a 18th century Spanish tower about 10 metres high, from which you can admire an unequalled panorama: climb up to the promontory on the left of the coast by following the path leading up from the beach. The tower was used in the 20th century as a second war's watchtower.

You'll be fascinated by several stretches of the surrounding coastline: to the right of the modern tourist port near the town centre, you'll find Buggerru beach, with its find, soft sand opening onto a limpid, azure sea (which has received awards from Legambiente and the Touring Club). The town is built on an old mining village, dating to 1864, overlooked by the exit of the Galleria Henry, a modern-day tourist attraction that once had a steam train running through it to carry the minerals extracted. To the north of the town you'll find the sandy dunes of San Nicolao, behind which is a dense pine wood, the perfect place for a mountain bike excursion.

Visit one of the most beautiful and wild beaches of Sardinia, a stunning display of uncontaminated nature, breath-taking coloured water and mining ruins 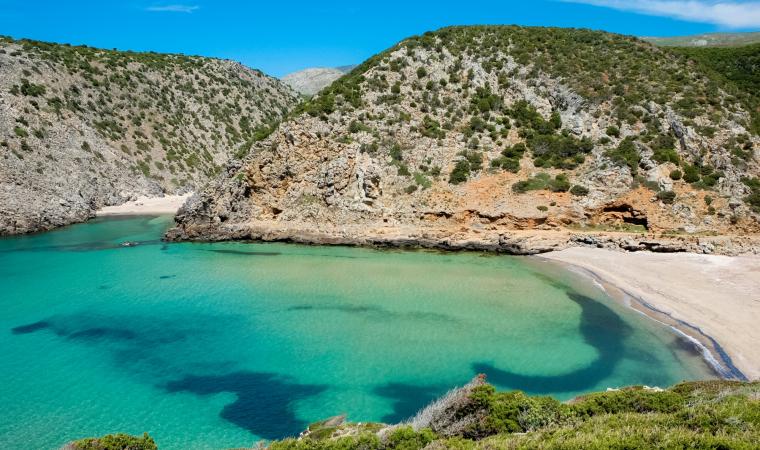 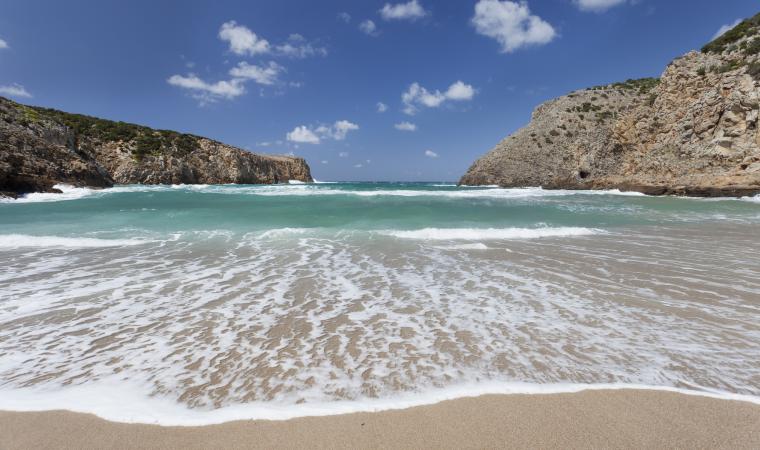 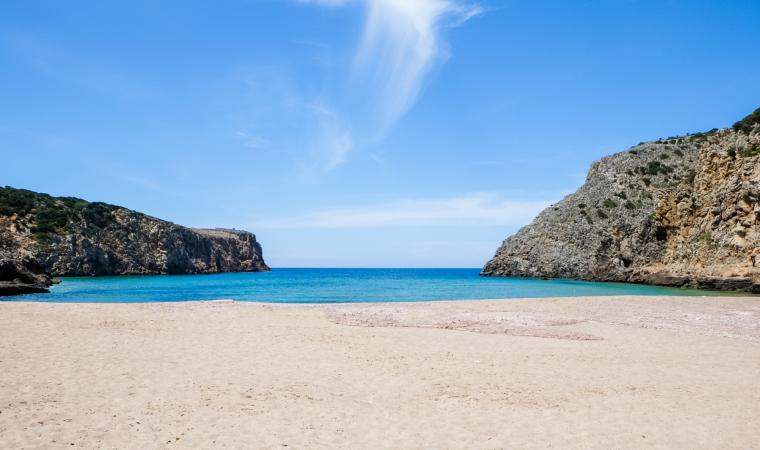 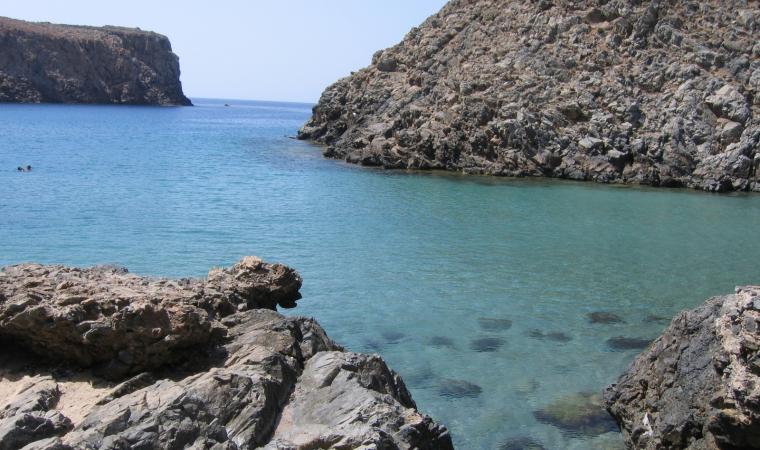 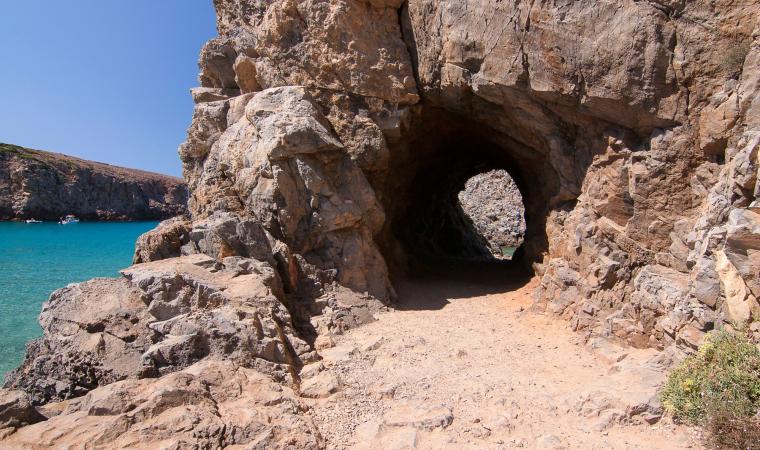 Cala Domestica is easily reached by following the SP 83 provincial road. Just before reaching the town o Buggerru, signposts are found for the beach.