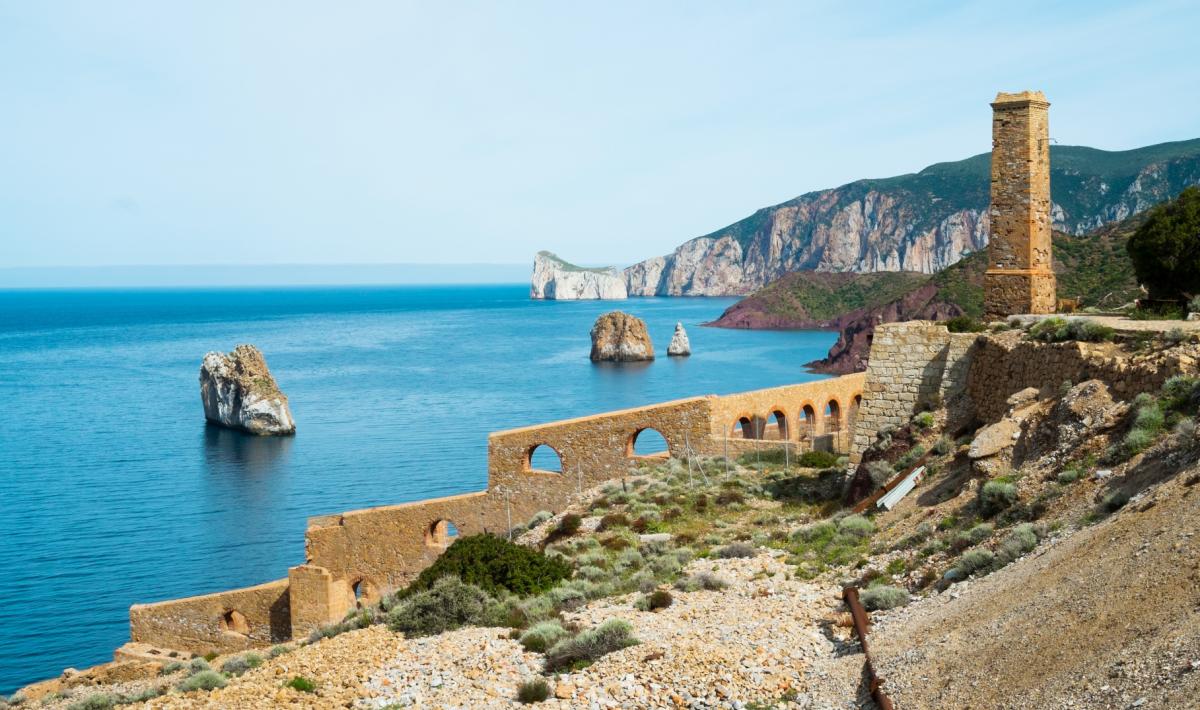 Iglesiente, at the far south-western end of Sardinia, is one of the most important examples of industrial archaeology, set in a landscape dotted with extraction wells and tunnels, processing stations and docks, buildings and the homes of the miners
© OpenStreetMap contributors

Its brick and stone processing station looks out over the coast of Masua, with lovely views of the shore of Pan di Zucchero (or Sugarloaf), which can be admired from a panoramic trail. Aside from the impressive processing station over the shoreline, what remains today of the old lead and zinc mines of Nebida, fifteen kilometres from Iglesias, are an abandoned office building with workshops and the small village where the miners once lived. It is one of Sardinia’s most interesting industrial archaeology sites and an integral component of the geo-mineral park of Sardinia, a heritage that has received UNESCO recognition. You will get there skirting Fontanamare beach.

The first modern mining efforts in the area date to the late XIX century, at about the same time as work began at the Salto Gessa mines in Buggerru. Houses in the village of Nebida were built around a square, a workers recreation centre, a health clinic, administration offices and a church. Three thousand people lived there in 1910, one third of whom worked in the mines. Today there are only about one hundred inhabitants, a ghost town. The side of the mountain is dotted with work stations. The style of construction can be considered Neo-Medieval, typical of mining sites, as evidenced by the crenulated roof trim and the pointed-arch window frames. Spectacular views of the sea are enjoyed from the Lamarmora station built in 1897, lead and zinc were processed. The station is composed of four stages that slope downwards to the coastline along with arches. There are two ovens and two chimneys on the sides. Inside is where they separated, classified and stored the minerals. The building also housed steam-powered equipment and ovens. At the lower end was a deposit and a small port for the boats to dock for loading. The floor was made of tiles and the roof, no longer there, was wooden. The mine was very productive in the first half of the XX century, with a peak in activity in the 1930s, and interrupted only by the two world wars. It went downhill during the great mining crisis of the 1970s and the town of Nebida emptied along with it.

You’ll be fascinated by an old building set over the sea, once an important mine, and by a huge rock stack that sticks out of the deep blue sea 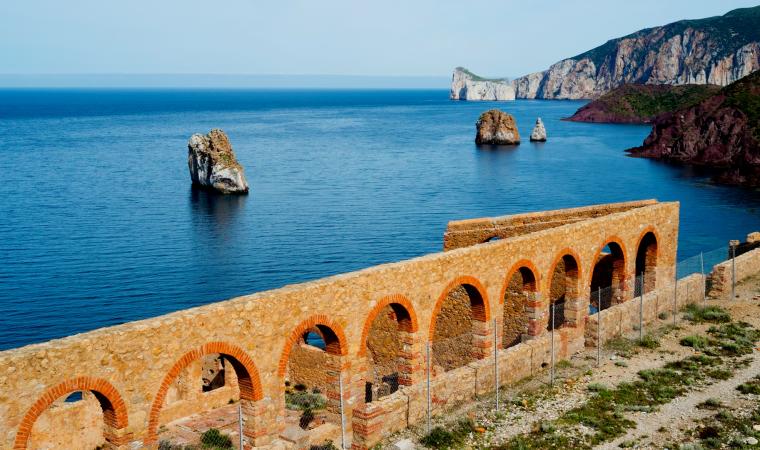 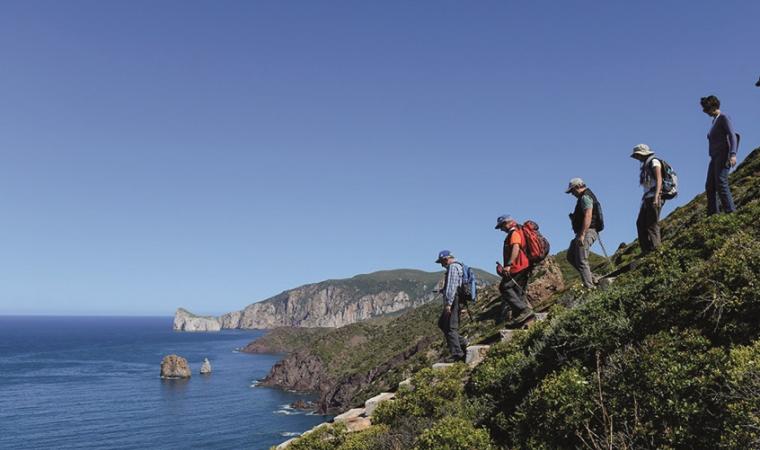 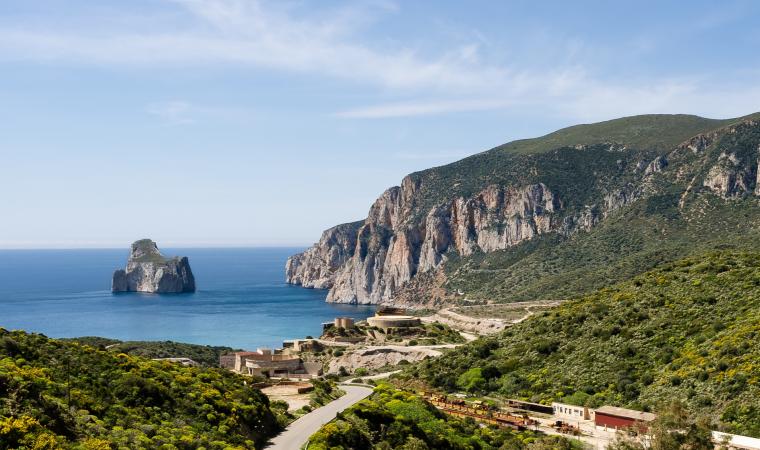