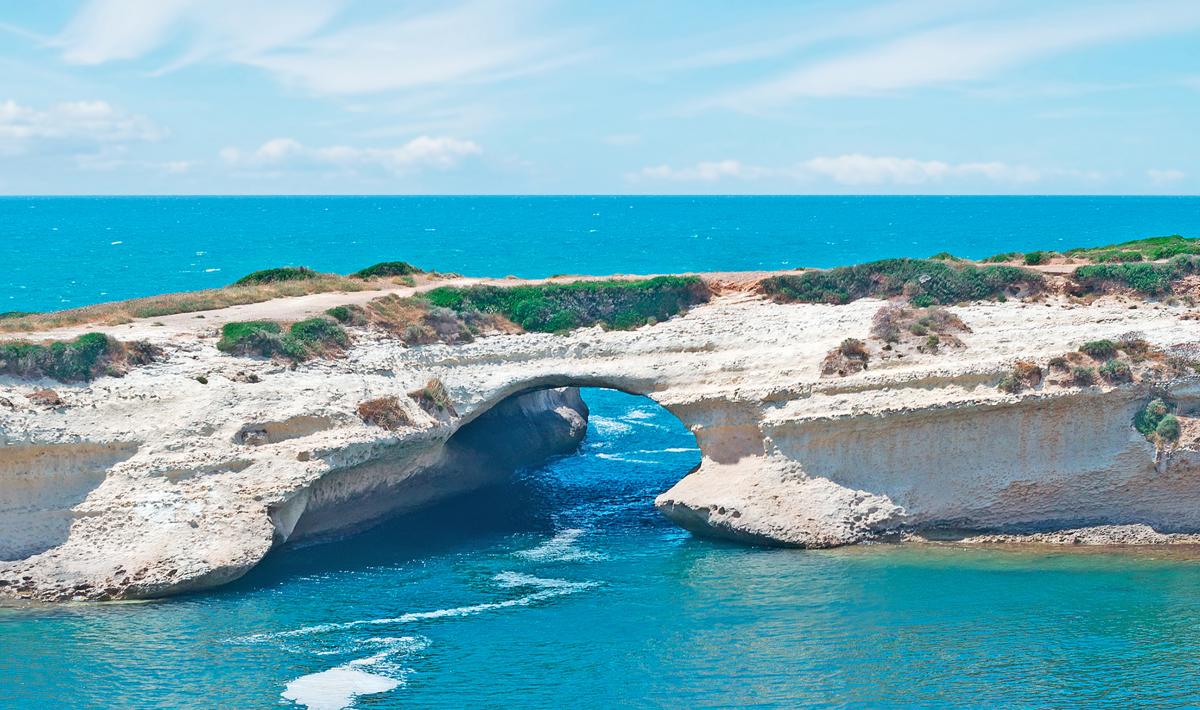 This coastal village in Montiferru, in central-western Sardinia, is known for an arch-shaped rock, forged by the sea and wind to embellish a small beach

This is a magical place to visit at least once in your lifetime, an icon of the artistic “vein” of nature that has inspired directors and writers… and which is sure to inspire you too. In the northern part of the picturesque village of S'Archittu, on the Cuglieri coast - an important town in Montiferru and a historic area of the upper Oristano region - is a white cliff surrounding a delightful little beach, where an arch opens up, created by the erosive action of atmospheric agents on the sedimentary limestone rocks, termed as “lunar” thanks to the reflections generated. Originally a grotto, it is today a natural monument - specifically, s'Archittu, perfectly fused within a spectacular environment complemented by three islets shaped like a mushroom, also polished by the persistence of the waves. You can reach the cove directly from the tourist village by walking along paved path north of the houses.

The natural “bridge” is enchanting at sunset, when the orange sun seems to fit right within, almost imprisoned by the arch, ensuring your photographs will be truly remarkable. The scenic effect is beautiful even at night, illuminated by artificial lighting. Usually - and not surprisingly - only the most intrepid and experienced dive from its summit, being about 15 metres high and the setting of the 2001 World Championship of High Diving. The sheltered “beach of the arch”, on the other hand, is ideal for relaxation, its carpet of fine ochre sand flecked with golden reflections and shell fragments, extending into a shallow and sandy seabed. The panorama in the surrounds ranges from the deep blue of the sea to the green of the Mediterranean scrub. The services and amenities include ample parking, disabled access, canoe and skate rental and nearby hotels, restaurants and commercial activities.

At the opposite entrance of the tourist village, to the south, lies the Spiaggia Stella, a narrow and long beach of light-coloured sand with a hint of grey tones and pebbles, protected by the great Scoglio della Balena (Whale Rock). Calcareous rocks emerge from the shallow seabed, with the shades of the waters ranging from emerald green to blue. The seaside promenade of the tourist village is enclosed by the light-coloured rocks of Torre del Pozzo. Below the ancient tower is a small cove, sa Capanna, characterised by tuff formations.

2.5 kilometres north of s'Archittu stands Santa Caterina di Pittinurri, the largest seaside village (and tourist resort) of Cuglieri, located 14 kilometres away, having risen up around the church in honour of the saint. Its enchanting beach is set in a fjord between sa Rocca de Cagaragas, a limestone cliff overlooking the sea, and the promontory of the Pittinuri tower, enriched by captivating grottos.

The port of the ancient city of Cornus was possibly located in the Cala de S'Archittu, the archaeological area of which lies nearby, on the plateau of Campu e Corra. Founded by the Carthaginians at the end of the 6th century BC, the city's acropolis stood on Corchinas hill, with the residential and craft districts extending across the slopes. Cornus was the setting of the Sardinian-Punic resistance, with the famous revolt led by Hampsicora against the Romans during the Second Punic War (215 BC). From the Carthaginian era are the walls and sepulchres, whilst from that of the Romans is a thermal building. The most representative part of the site is the complex of Columbaris from the late Christian antiquity, with three basilica buildings identified, plus two from the 5th-6th century and one that is even older, along with an extensive cemetery area (3rd-4th century). Next to the basilicas, you will spy walls that perhaps belong to an episcopal building.

If you are seeking wonders of nature, you will be greatly impressed by S'Archittu, an enchanting beauty along the west coast, where the sunsets are film sets 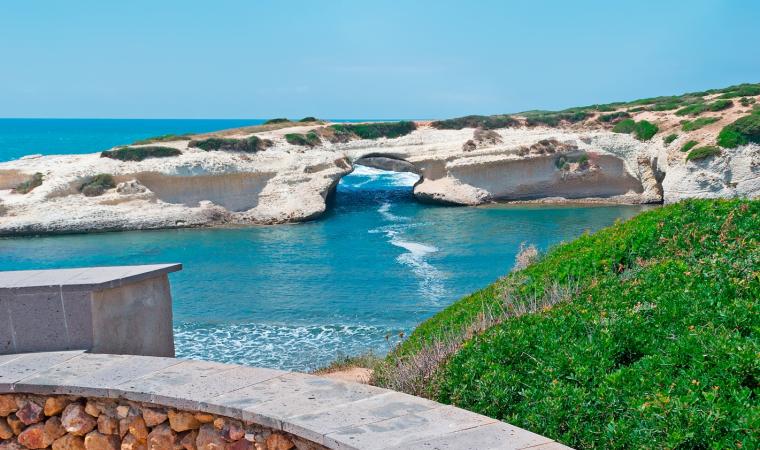 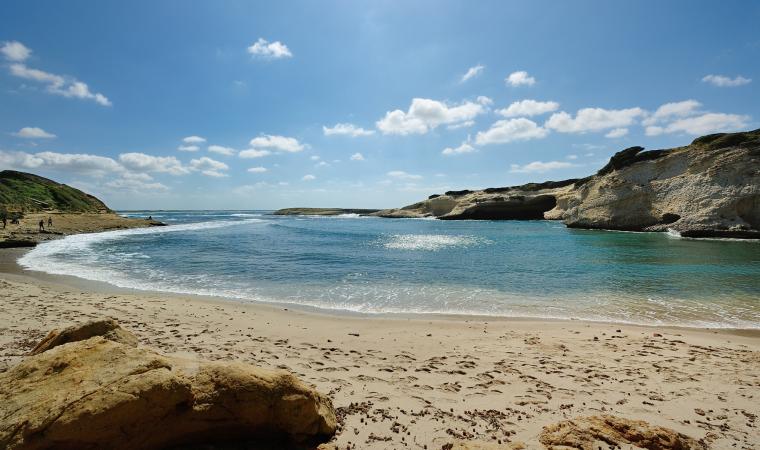 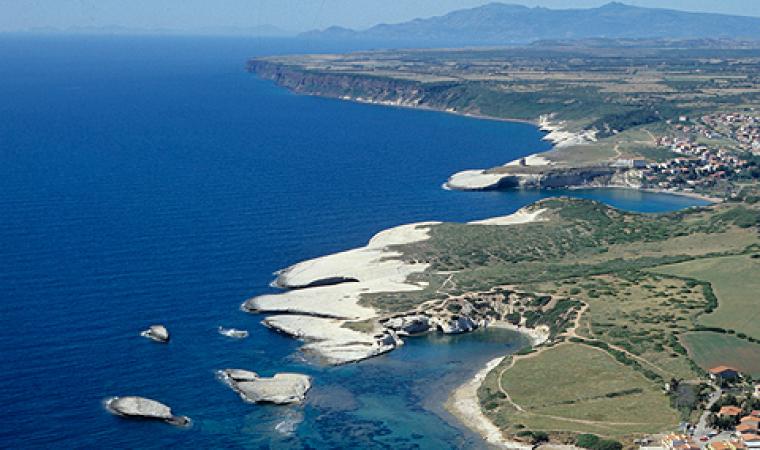 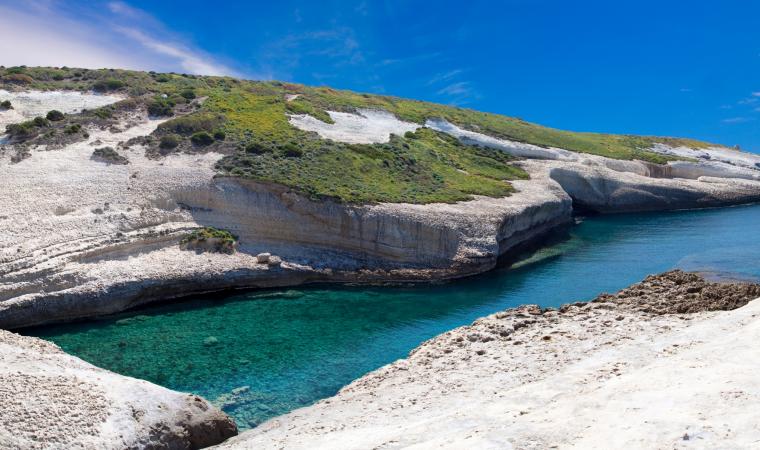 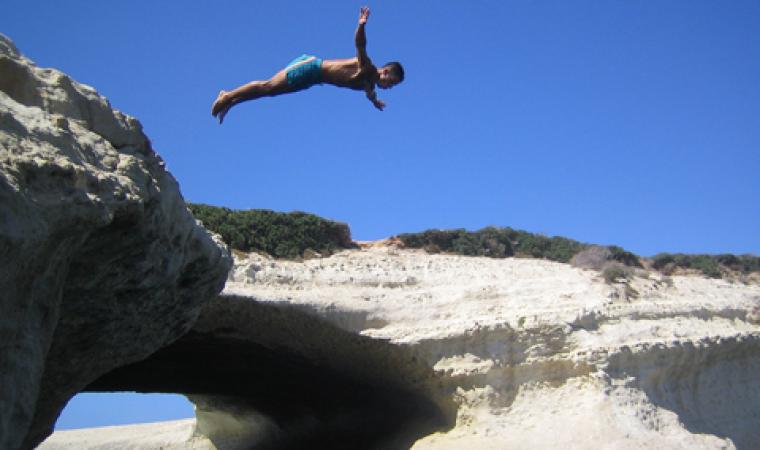 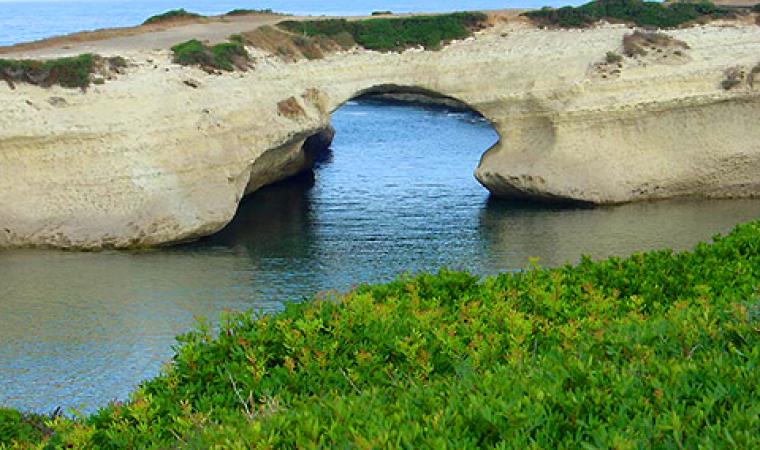 It is reached from State Road SS 292, driving from Oristano towards Cuglieri. After crossing the village of Riola Sardo, continue past the Torre del Pozzo locality until you get to the village of S'Archittu. Take one of the side roads to the left leading to the paved waterfront promenade. 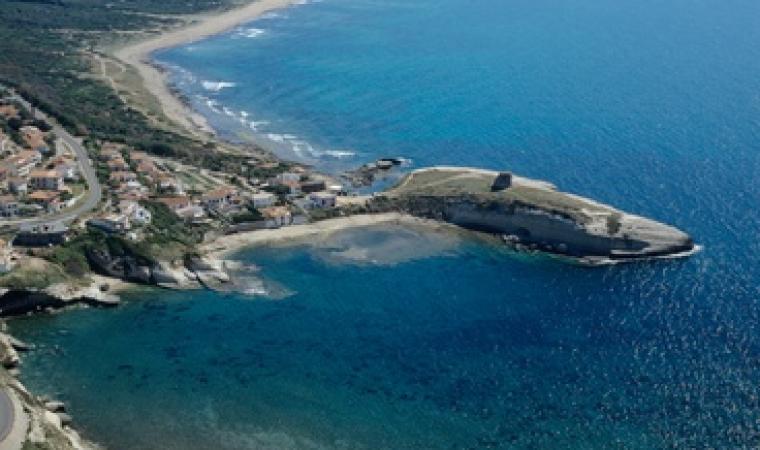 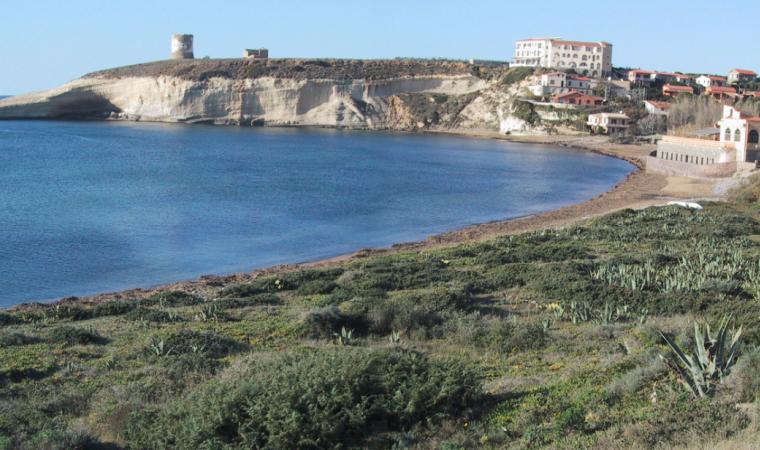 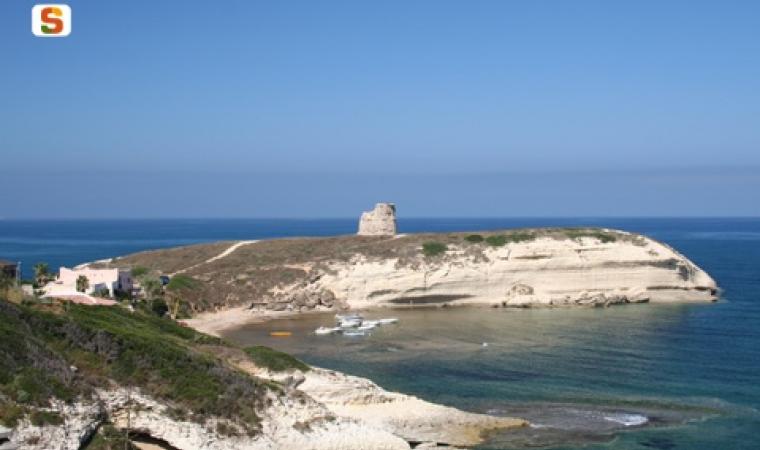 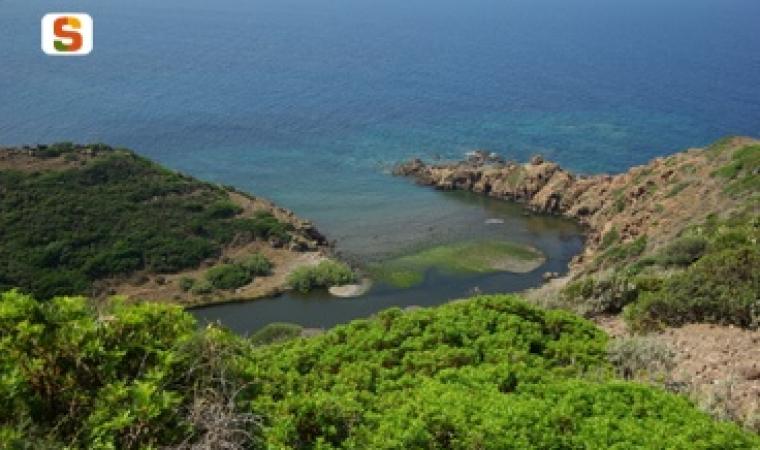