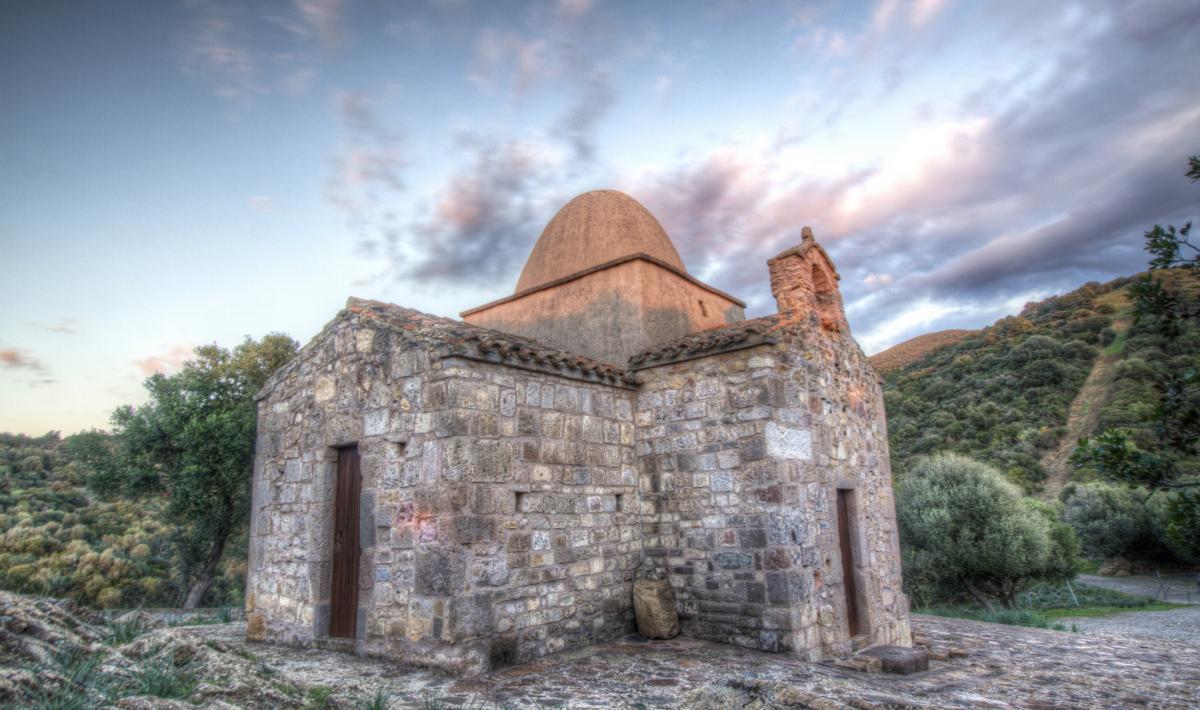 A small mining town in the Sulcis sub-region, in Sardinia’s far south-west, set apart by two famous churches, one Nuragic and the other Byzantine

Its name means ‘the place of walnut trees’, which were once very common in this part of the Sulcis. Nuxis is a town of 1,500 inhabitants, independent municipality since 1958, enclosed by two rivers and set among the ruins of its past: prehistoric sites, one of the oldest Christian churches on the island and industrial archaeology sites, an inheritance of a history of mining. Today, the town’s main income comes from farming and animal husbandry, in addition to two remaining active mines: Mount Tamara and Truba Niedda, where prized minerals, particularly black marble, are extracted. The mining activity, now in sharp decline, has gone on for thousands of years, as seen from dozens of abandoned mines. However, there is a considerable revival of textile arts, basket weaving, and knife and musical instrument making.

When the town was under the control of the Crown of Aragon it was called Nugis or Nughes. The name was changed to Nuxis in about 1300. Later, it was abandoned due to Barbarian raids. At the end of the 15th century, it took on new life and expanded in the 18th century thanks to nearby country homes, where farmers stayed until harvest time and shepherds until the ageing of cheese. A short time later, entire families began moving here. The present-day village arose from the joining together of these traditional houses (called furriadroxius or medaus). In the 18th century, Nexis became one of the most important towns of Sulcis Iglesiente.

The most important church in the area stood (and still stands) in the countryside: the Church of Sant’Elia of Tattinu is a small jewel (ten metres long and nine wide) of Paleo-Christian architecture, one of Sardinia’s oldest churches. Built around the year 1000, when Benedictine monks enjoyed a lot of influence, the church sits in the valley of the river Tattinu, at the foot of Mount Tamara. This area has been inhabited since prehistoric times, mined from early on and a religious centre by the Nuragic period, as seen from the discovery of a Well Temple of Tattinu with the adjacent village (6th century BC). The temple differs from other Nuragic wells in the absence of visible structures and a vestibule, length of the staircase (28 steps) and well opening, which form a rectangular space eight metres long, and in its unique bottle-shaped section. The ex-votos discovered inside include a lot of pottery attributable to the end of the Bronze Age. The numerous nuraghes dispersed around the site are of similar age. Nuxis’ archaeological sites are rounded out with Neolithic sites: the S’Acqua Cadda Necropolis of the Monte Claro culture, located in a hamlet of the same name, and the Domus de Janas in Is Pillonis and Pranedda.

You will discover a characteristic town with a thousand-year-long mining history, where two religious symbols distant in time but linked in their sacred nature catch the eye