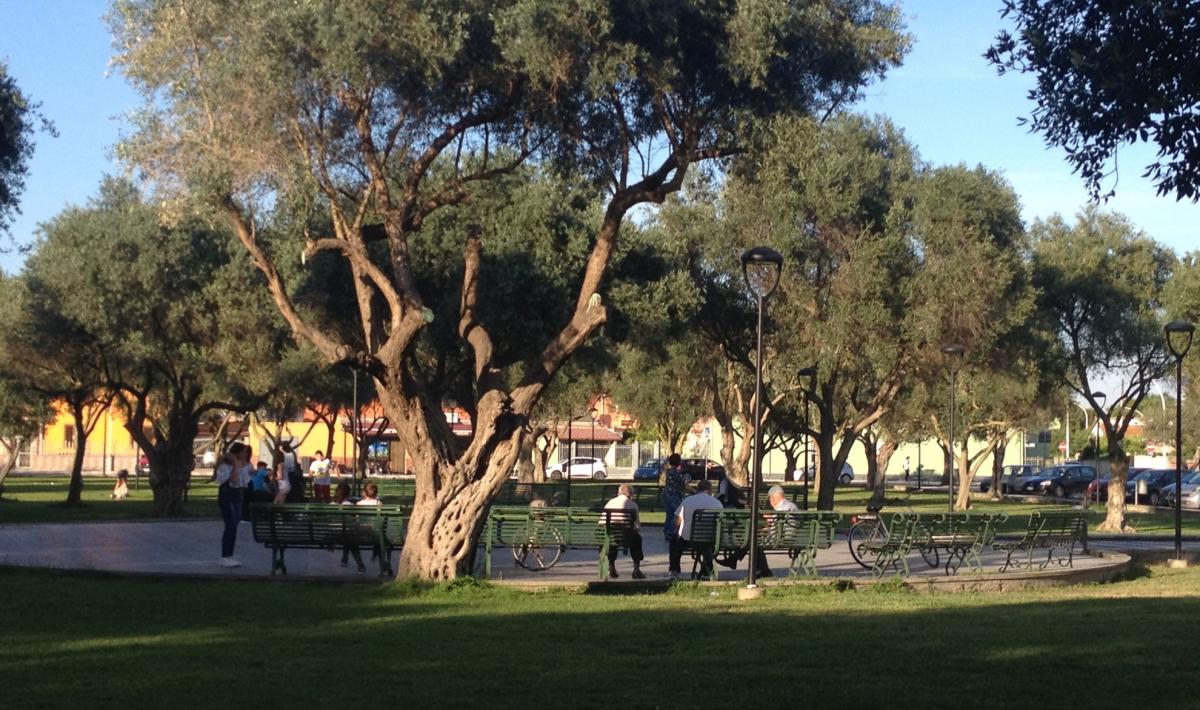 It is located in a vast fertile area between Lower Campidano and the valley of Cixerri. Uta is a little city with naturalistic, historical-artistic and archaeological value, populated by eight thousand inhabitants, in urban and demographic expansion. In the old town centre, there are houses from the early twentieth century, built using raw bricks and with a 'courtyard' structure. In mid-December, in the park of Piazza S'Olivariu, the Fair of Territorial Productive Activities takes place. This is a good opportunity to get to know the area's specialities, from Ricotta cheese ravioli and Campidano-style malloreddus to fregola with meat broth and legume minestrone soup, sa panada, roulade of pasta filled with meat and potatoes, roast lamb, suckling pig, mullets and eels, traditional pastries, macaroons and bucconettus made with almond paste, pardulas, with Ricotta cheese, pani de saba breads, piricchittus and pistoccus, as well as wines, like Monica, Nuragus, Vernaccia and Moscato.

Part of the four thousand hectares of holm oak forest, cork oak forest and Mediterranean scrub of Mount Arcosu where, among other species, the Sardinian deer and fallow deer live, is located in the territory of Uta. It is one of the Island's symbolic parks and the most important WWF natural oasis in Italy. Inside it, you will travel along various 'nature itineraries' surrounded by a variety of flora and fauna. The territory around you offers splendid landscapes, like the forest of Gutturu Mannu. A few kilometres from Mount Arcosu, there is the little rural church of Santa Lucia, celebrated for three days at the end of August. In the countryside to the south of the village, there is the church of Santa Maria that the monks from St Victor of Marseilles built in the 12th century, along with the monastery: it is a beautiful example of Sardinian Romanesque architecture. Built using limestone ashlars, it has three naves with a wooden roof, divided by arches set on columns. One of the capitals dates back to the Roman era, as does the holy water stoup. The architrave portal on the façade is decorated with a weave pattern and set on corbels with lions.

The territory was frequented during the Late Neolithic age, as is demonstrated by Su Niu de Su Pilloni, where you will see the remains of buildings arranged in a circle, maybe huts, and an important perimeter wall. Menhirs, fragments of gravestones, pottery and obsidian have also been found. Dating back to the Bronze Age, there are various Nuraghi, some of which are well-preserved in the localities of Su Planu de Monti Arrexi and S'Inziru. As well as these, a remarkable discovery was also made at the slopes of Mount Arcosu (1849): eight Nuragic bronze statues, among which the 'tribal leader', thirty centimetres high, now kept in the national archaeological museum of Cagliari.

Not far from Cagliari you will discover an important town that has maintained centuries-old traditions, surrounded by one of the most beautiful parks in Sardinia and archaeological sites 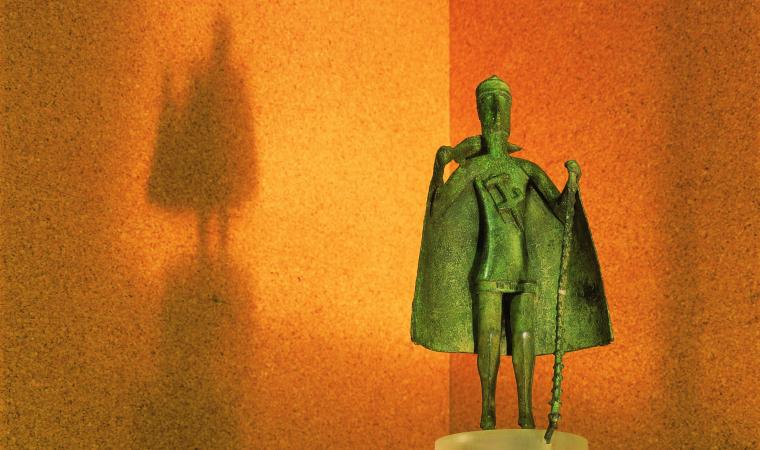 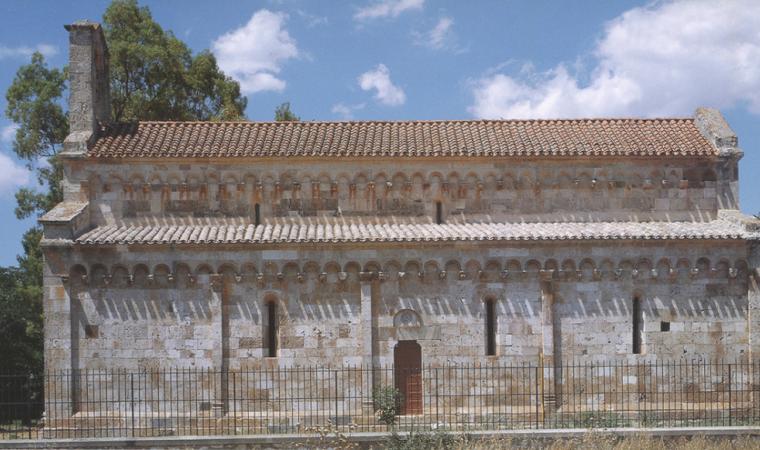 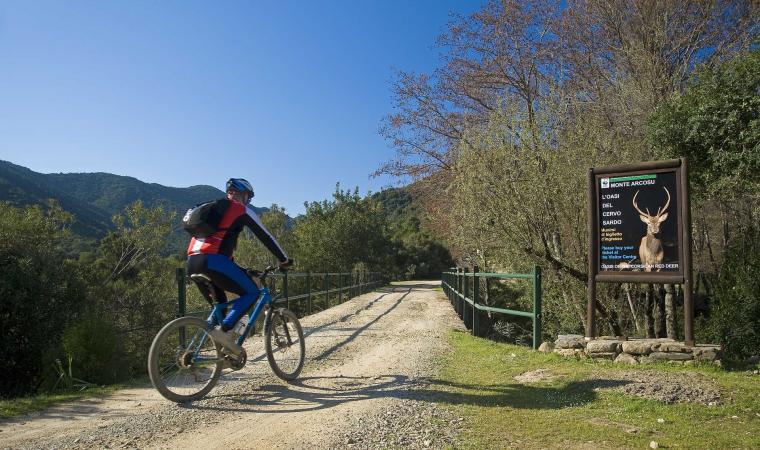 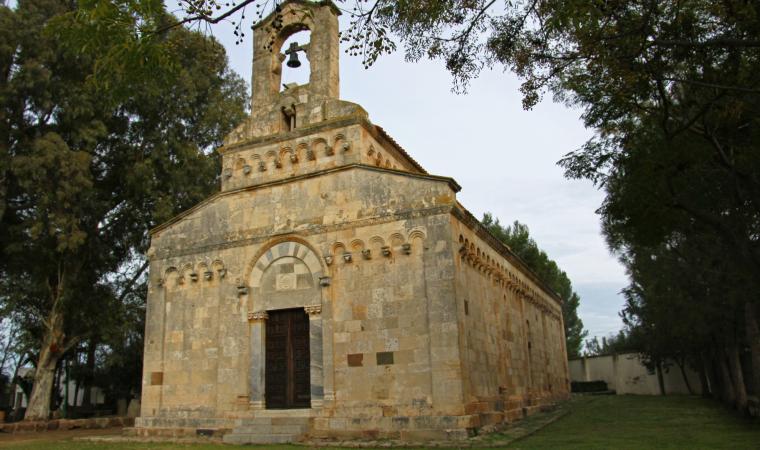 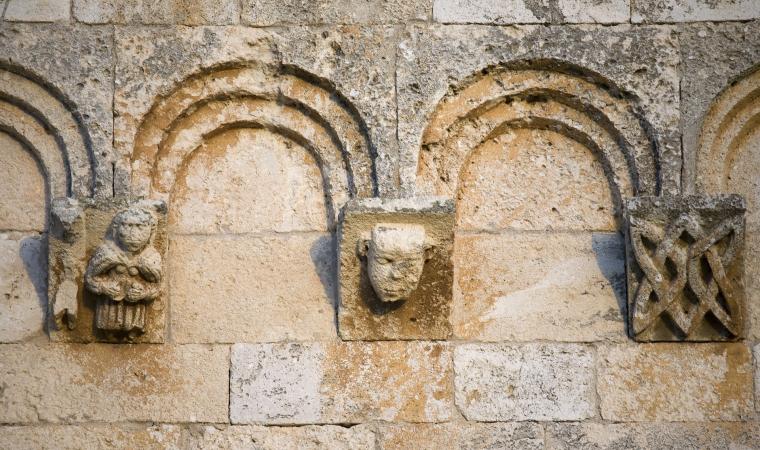 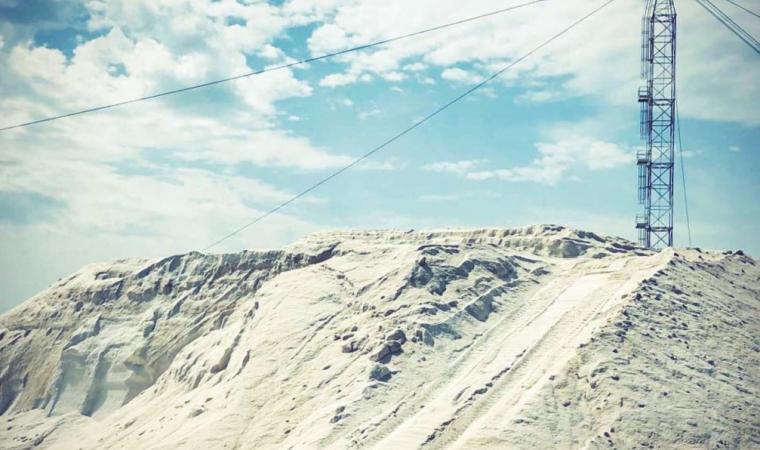