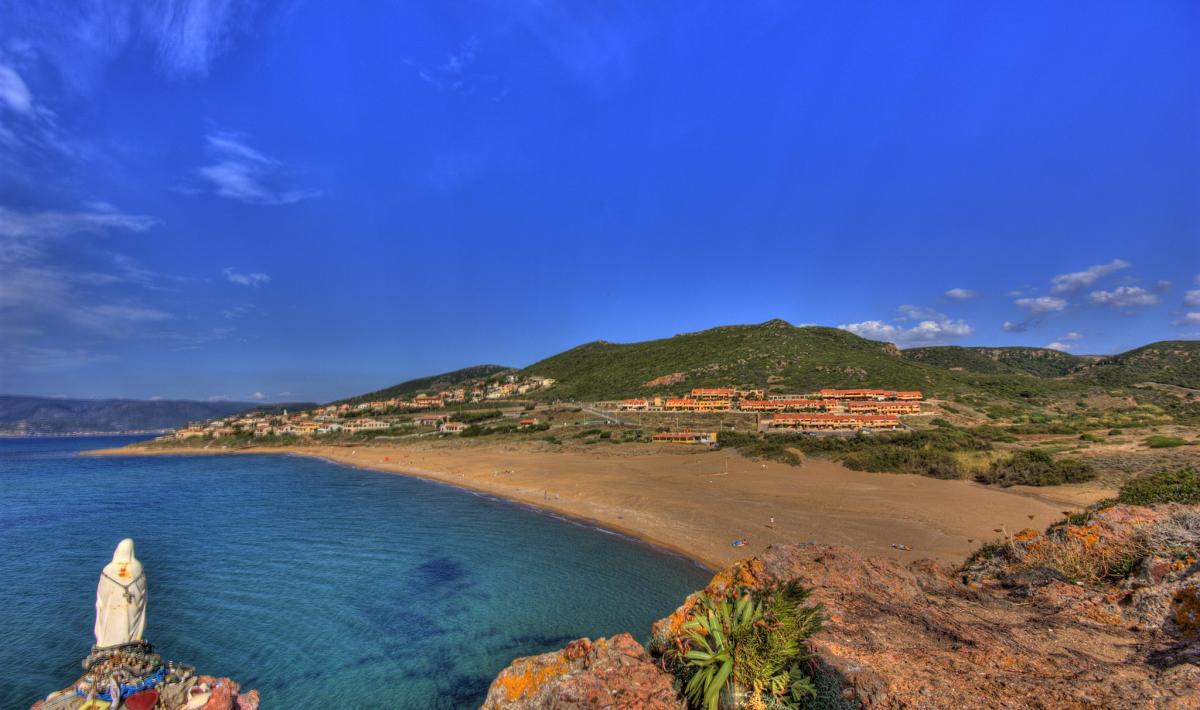 A wide beach of light sand, washed by the blue sea, feather in the cap of the Tresnuraghes coast, in Planargia, in central-western Sardinia 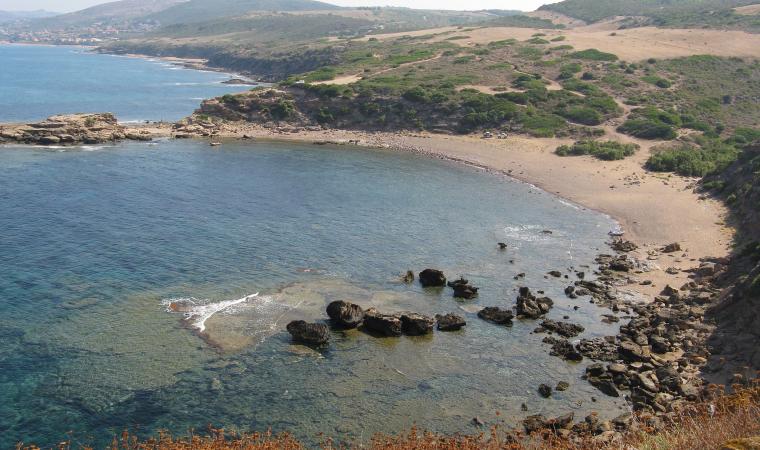 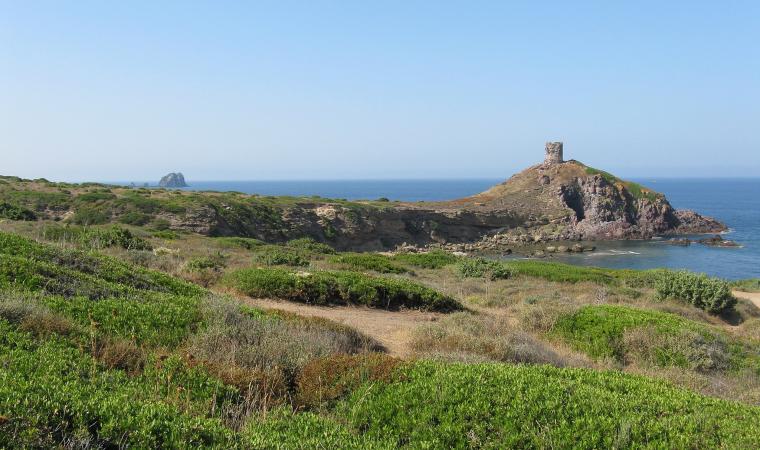 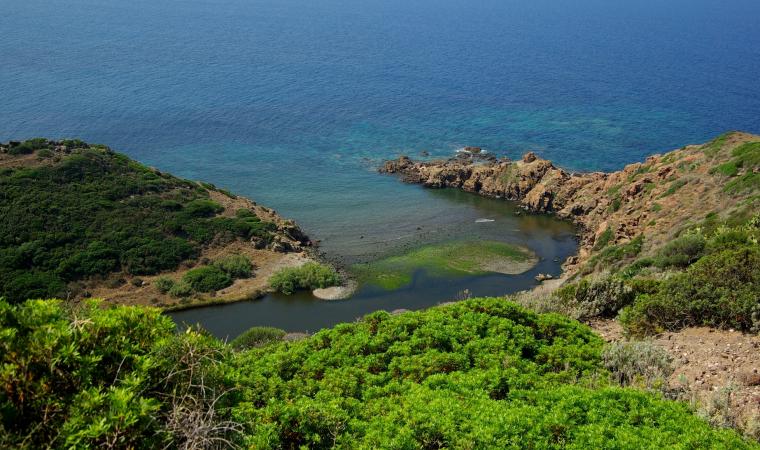