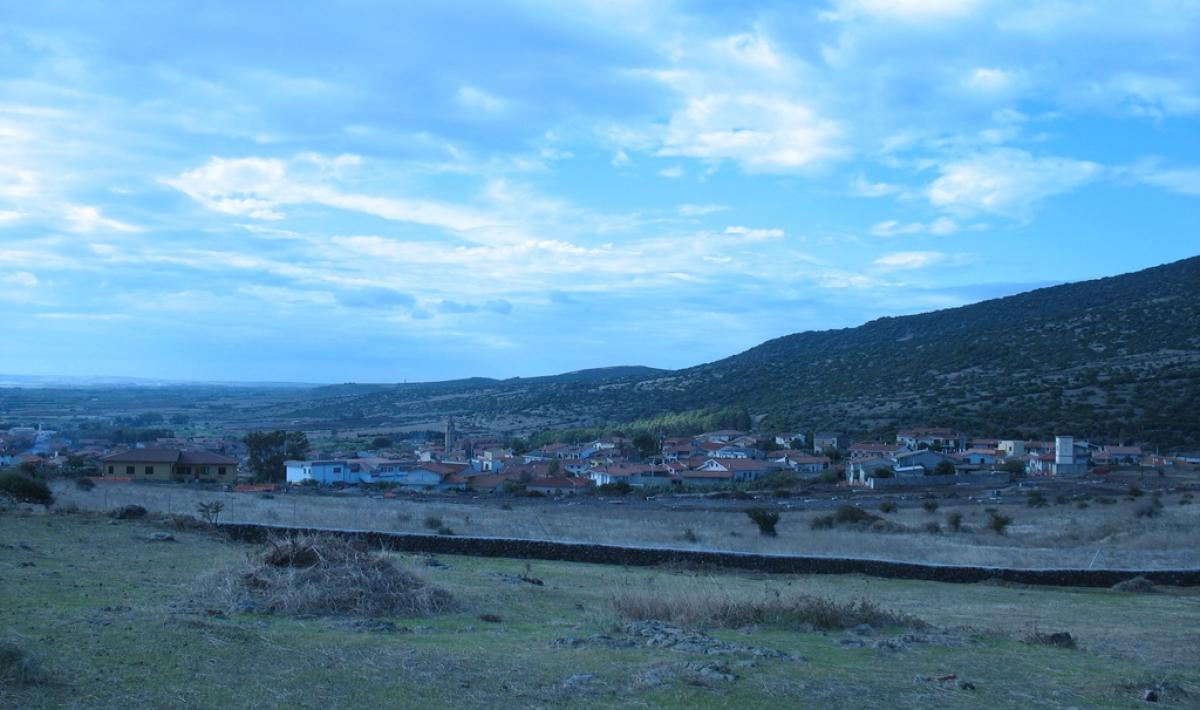 A town in the Alto Oristanese area in central-western Sardinia, characterised by traditions, a myriad of nuraghes, Roman ruins and a magnificent "desert-like" coastline
© OpenStreetMap contributors

The town is set on the border between Campidano di Oristano and the Montiferru massif, near the splendid beaches of the Sinis peninsula. Narbolia has a population of 1800, with basalt homes decorated with murales of scenes from its long agricultural past. Today the town's economy relies on a combination of agriculture, farming, and tourism; in the 19th and 20th centuries it also included lime production (with 19 kilns in the area). The town is known for producing cereals, fruit and quality wines to combine with its culinary specialities, such as at the Saboris Antigus festival in July. Each religious festival has its own typical pastry: papassini for All Saints Day, is pardulas for Easter, amarettus, gueffus and mustazzolus for christenings, weddings and saints days. During the carnival period, a zippole festival is held. The most popular festival is for Santa Reparata in early October. She is the patron saint of the parish church, which dates from the 17th century and has a Baroque altar (1790). Another unmissable religious building in the town centre is the old church of San Pietro Apostolo, whose saints day is celebrated at the end of June. The town is overlooked by the rocky Mount Rassu (nearly 500 metres), which is surrounded by foothills covered in Mediterranean brush. The Rio Cunzau valley separates the mountains from the great plains of Cadreas, which has a wealth of archaeological remains. Then there is the coastline, dominated by the sand dunes of Is Arenas. It is a small "desert" that has been cleared and stabilised since the 1950s. A pine forest runs from Torre del Pozzo to is Benas, right up to one of Sardinia's longest (7 km) and loveliest beaches. This green oasis of pines, acacias, pistacia, junipers, orchids, palms and grassland also hosts an 18-hole golf course that blends into the dunes and pine forest, making it one of the most spectacular in Europe.

The area has traces of settlement dating back to the Neolithic: the Funtana e Figu site and the domus de Janas at Campu Darè, where a dozen Giants' Tombs were built several centuries later: the megalithic nuraghic burials are set within a square shape framed by four nuraghes. One theory suggests that the name Narbolia is derived from Nurapolis, city of the nuraghes. There are around twenty, dating back to the mid and late Bronze Age (16th to 13th century BC), many of which are complex, a few are single-tower, and one is an archaic "corridor" nuraghe. They are surrounded by walled villages. The most significant is the Tradori nuraghe. A sculpture of a human head similar to that of the Mont'e Prama Giants dates to the late period of nuraghic civilisation. Don't miss sa Murallia, in the old town: a 17 metre long, 3 metre thick and 3.5 metre wide basalt wall built over a four-lobed nuraghe in Phoenician-Punic times. Fragments of plaster hint at its use in medieval times: perhaps as a castle built for Eleonora d'Arborea. Roman villas with baths also remain: in Sant'Andrea di Psichinappiu the ruins were transformed into a Christian church; at su Anzu (the baths) you can see a frigidarium with apsidal bath and what was once mosaic flooring, along with three hot areas, one with a decorated vault. The remains date back to the 1st to 4th century AD.

Discover a town set between the sea and the mountains, full of archaeological remains, with an immense and fascinating beach made of "desert-like" dunes 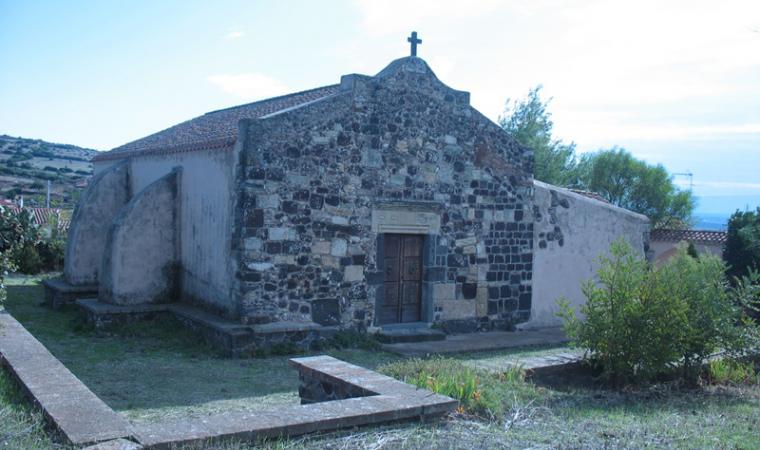 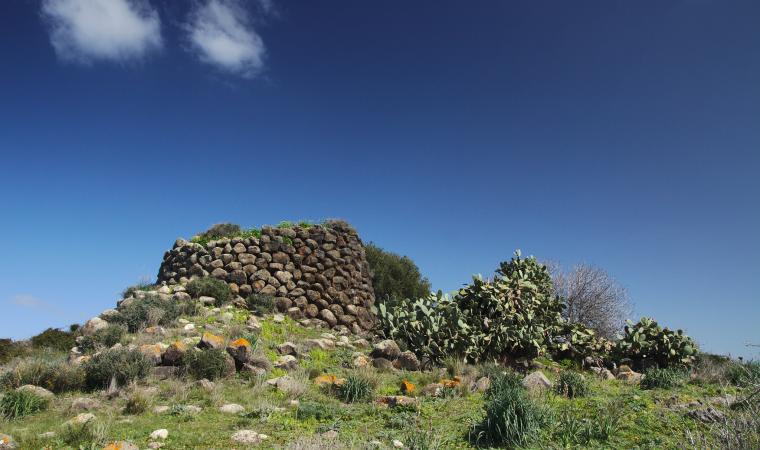 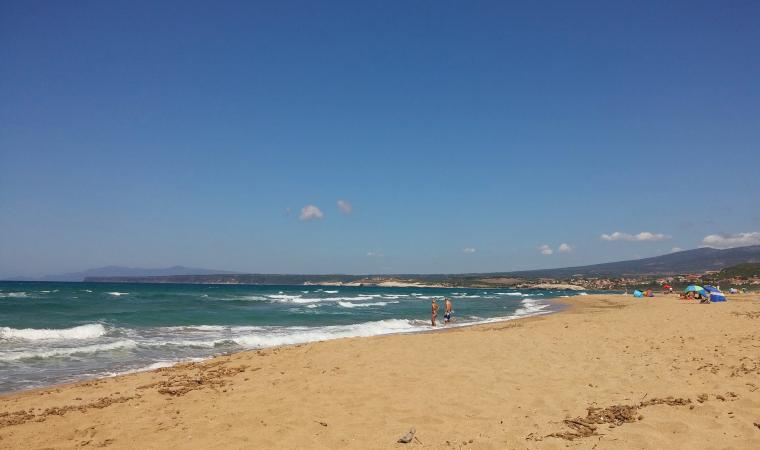