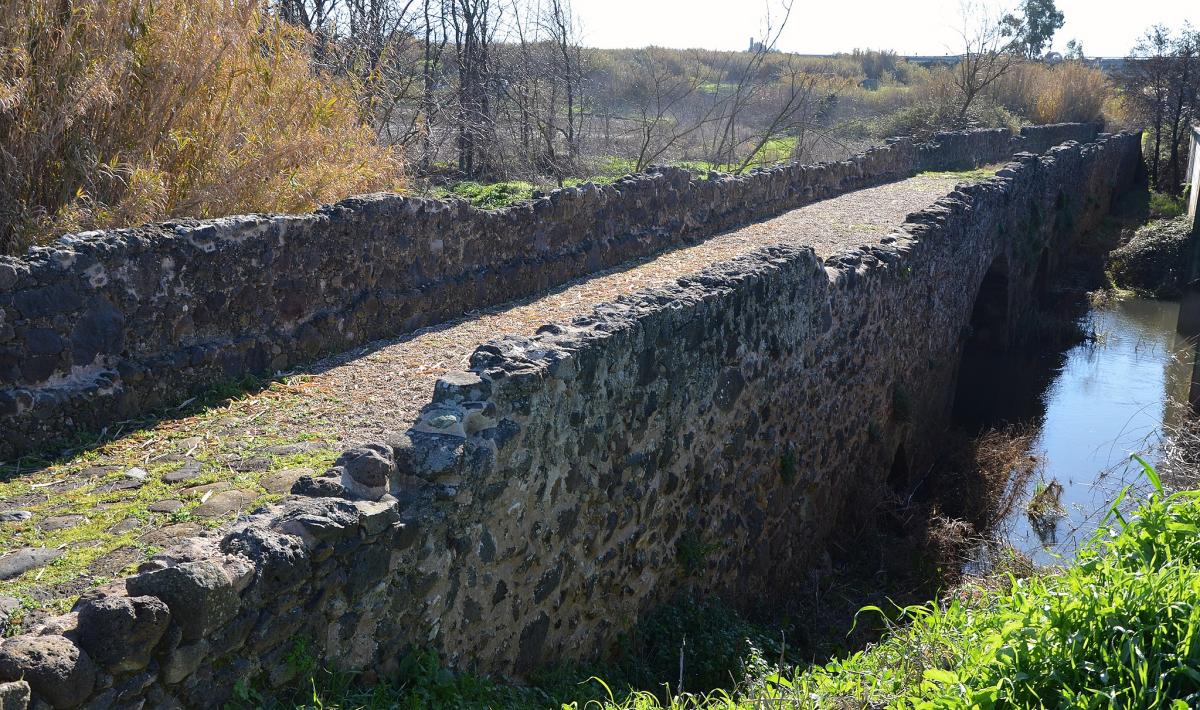 A small rural medieval town in the Campidano of Oristano (15 km away), graced with old churches, prehistoric remains and traditional cuisine
© OpenStreetMap contributors

Tramatza sits on a very fertile part of an alluvial plain dotted with basaltic boulders, proof of the volcanic activity of nearby Montiferru. It’s a small town of some 1,000 inhabitants at the edge of the Oristano Province and is cut through by the Cispiri river, one that has played a major role in its history and rural economy, including the production of highly resistant reeds. You see plenty of them along the river bank, together with willows, rushes and tamarisks – or tramatzu in local dialect, hence the name – a bank that is home to herons, water fowl and egrets. The remains of a Roman bridge dated to the late Republican early Imperial Age were found near the river.

The first official mention of Tramatza appears on the foundation documents of the Santa Maria di Bonarcado monastery in 1130. It was part of the curia of the Milis Campidano, within the giudicato of Arborea. The town boasts rural houses built with bricks made of earth mixed with dry straw, graced with characteristic doors and loggias. They surround the church of saints Maria Maddalena, Salvatore and Geminiano, consecrated in 1388 and home to a sarcophagus with raised decorations from the giudicato period. The patron saint, Maria Maddalena, is celebrated in late July. On the outskirts of town you’ll see the XVII century church of San Giovanni Battista. He is the most venerated of the saints and celebrated in late June during a festival associated with the sheep festival. Other heartfelt celebrations are the bread festival in May, the onion festival in August and the novello wine festival in November, all celebrations in keeping with rural traditions. Sant’Efisio is celebrated in mid-January with a huge bonfire. Local cuisine includes a variety of delicacies made with legumes, especially fava beans, onions, potatoes, roast sausage, chicken and rabbit in a vernaccia wine sauce, vegetable stews and eel with cheese. The sweets prepared especially for the festivities and ceremonies are very popular: amaretti biscuits, bianchini, gueffus, pabassinus de saba, pardulas, pirichitus, pistoccus and “sighs.”

Many artefacts found in Tramatza point to the presence during the Neolithic Age of pre-Nuragic peoples living in two villages: su Sarrigheddu and is Launeddas, peoples who buried their dead in the domus de Janas. There are also a variety of Nuragic remains, including Attus and Mannu.

You will visit a traditional rural town of the northern Campidano region, whose fine products are the basis for delicacies and where the signs of history remain intact