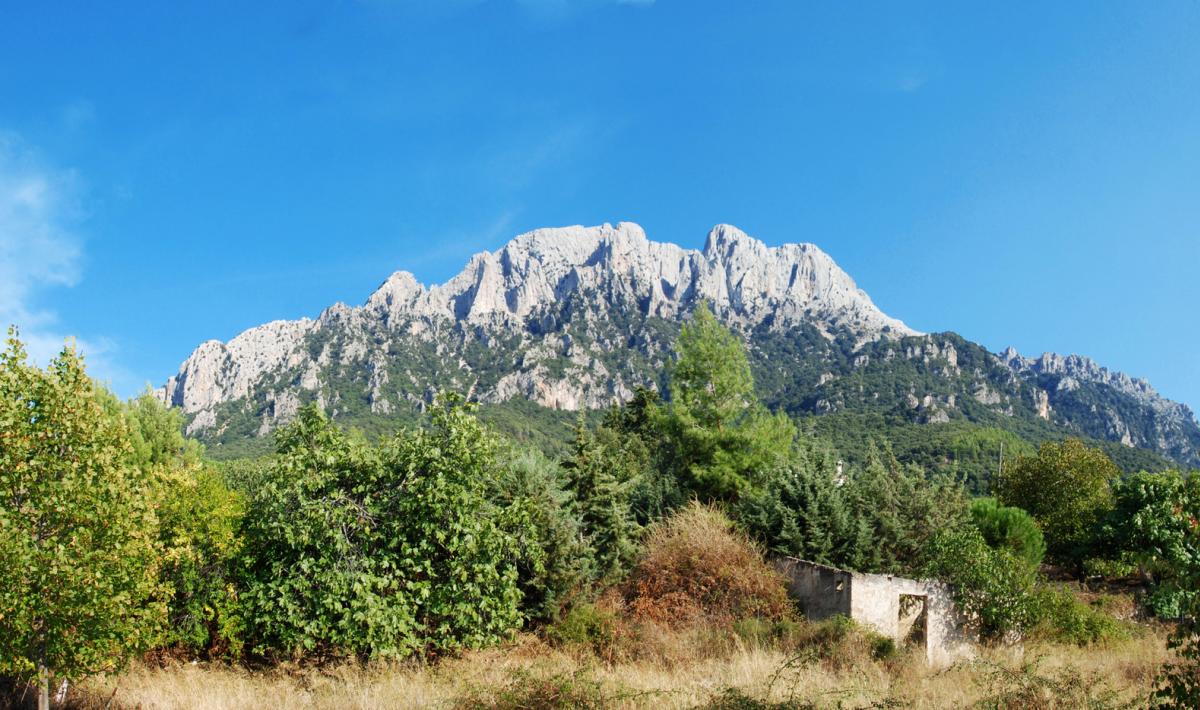 An impressive limestone-dolomitic massif stands in the territory of Oliena, in the central-eastern part of Sardinia: climbing it is an unforgettable experience
© OpenStreetMap contributors

Its appearance is characterised by sheer limestone rock faces, crags, white pinnacles, caves and large plains. It is rugged and barren at the summit, covered in holm oaks in the middle strip and is adorned by olive trees, vineyards and almonds in the lower part. Mount Corrasi is the highest peak of the vast and inaccessible plateau of the Supramonte mountain range, as well as being one of the most evocative elevations in the Island. The challenging trails that cross it and climb to an altitude of 1463 metres are destinations that expert (and in good shape) trekking enthusiasts aspire to and arrive in Oliena to climb it. From the summit of the Corrasi, you can enjoy spectacular views and a 360-degree panorama that stretches from the coastlines of the Gulf of Orosei to the Gennargentu massif. Flora and fauna complete this 'special' place with its dolomitic atmosphere: although it might seem completely arid and desolate, in reality there are 650 botanical species here, about 60 of which are native ones. It is a green paradise of the highest order, persuading the Italian botanical society to include the mountain in the census of the biotopes of greatest interest, where birds of prey like the golden eagle, the buzzard, the Eleonora's falcon and the peregrine falcon reside and where the mouflon roams freely.

In the Oliena part of the Supramonte mountain range, which features valleys, plains, sinkholes and canyons, as well as the Corrasi, you can tackle other summits: Ortu Hamminu, sos Nidos, the evocative mountaintop of Cusidore and Carabidda, at the foot of which lies the village. Something else that trekkers should not fail to do is climbing Mount Maccione and, above all, visiting the valley of Lanaittu, rich in natural and prehistoric sites: within it, you will find the village of Tiscali, the caves of sa Oche and su Bentu and the Corbeddu cave. At the entrance to the valley you will find the sacred area of sa Sedda ‘e sos Carros, important for the traces of metalworking in the Nuragic period and as evidence of the practice of the cult of the waters. A visit to the su Gologone, which has been declared a national monument, is a must. “The murmur of the surrounding forests is like that of a sea not far away; a riptide at the foot of the mountains”. This is how Elio Vittorini, in his 'Viaggio in Sardegna' (Journey to Sardinia, dated 1936) evokes the sensations generated from by Oliena, a Bandiera Arancione (Touring Club of Italy Orange Flag) municipality and one of the most distinctive villages in the Nuoro area, with an enviable position, natural beauty, cultural traditions and welcoming community. Products, like embroidery on silk scarfs and filigree jewellery, Carasau bread, rustic cuisine and Nepente, the renowned Cannonau wine revered by the poet Gabriele D'Annunzio, are just a few of the things that make it stand out.

You will discover the highest peak of the Supramonte mountain range, a rugged and captivating limestone massif, with its wild and uncontaminated nature, the summit of an enchanted territory 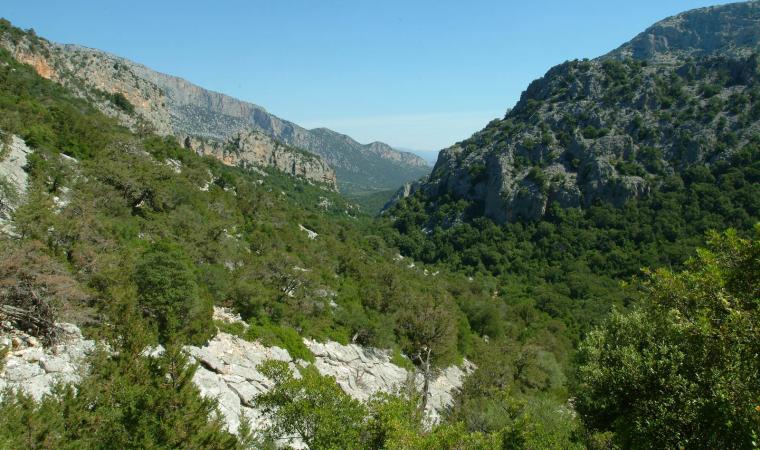 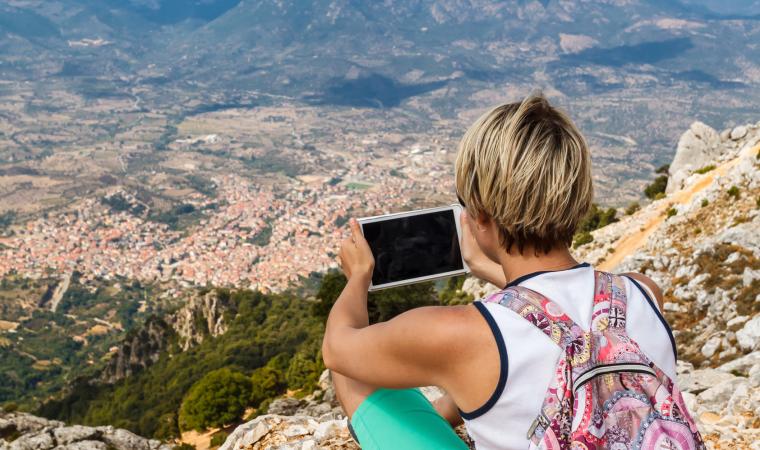 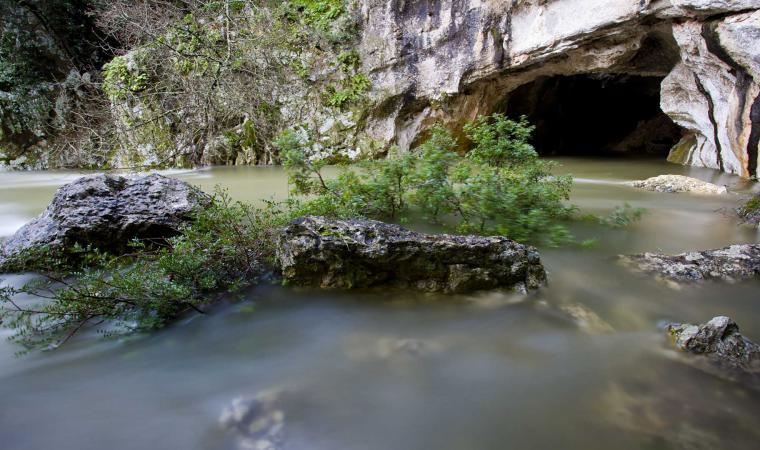 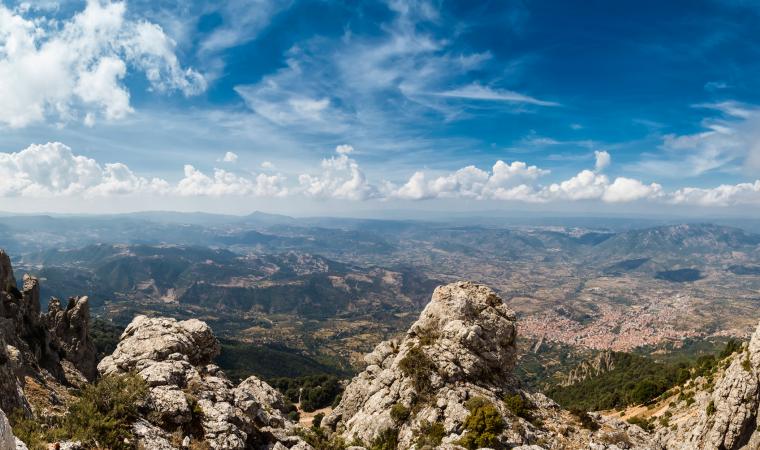 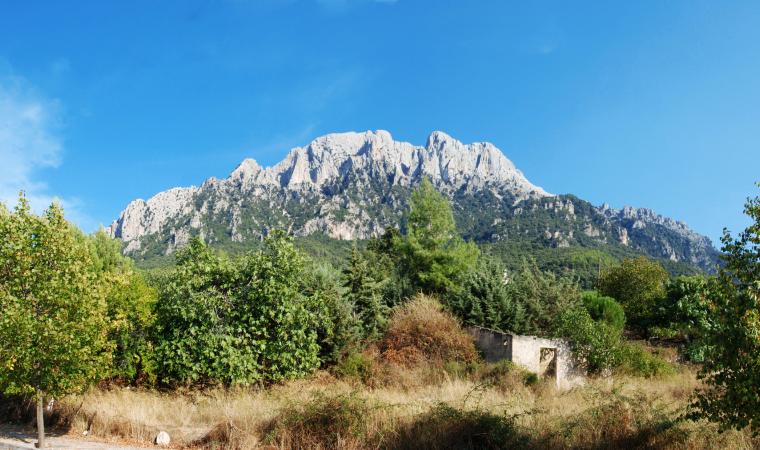 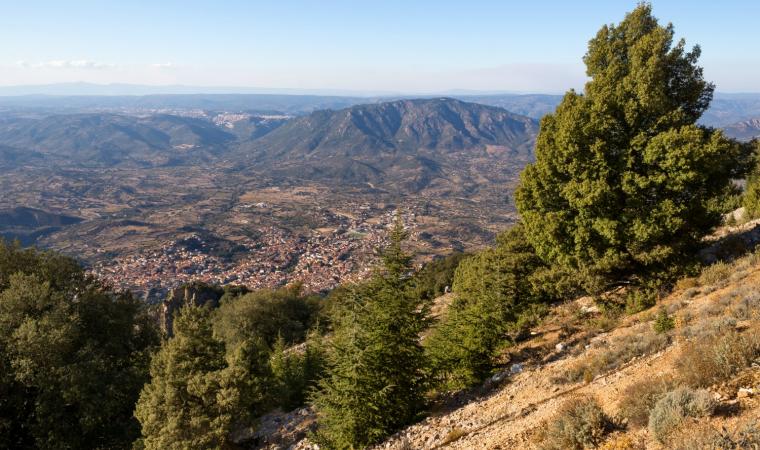 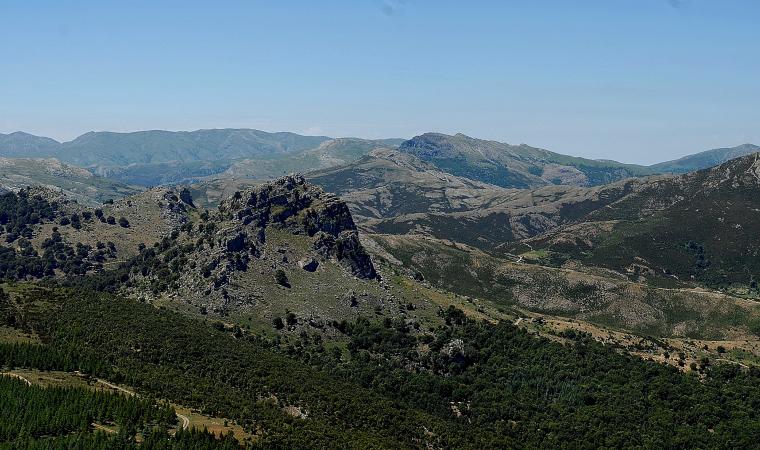 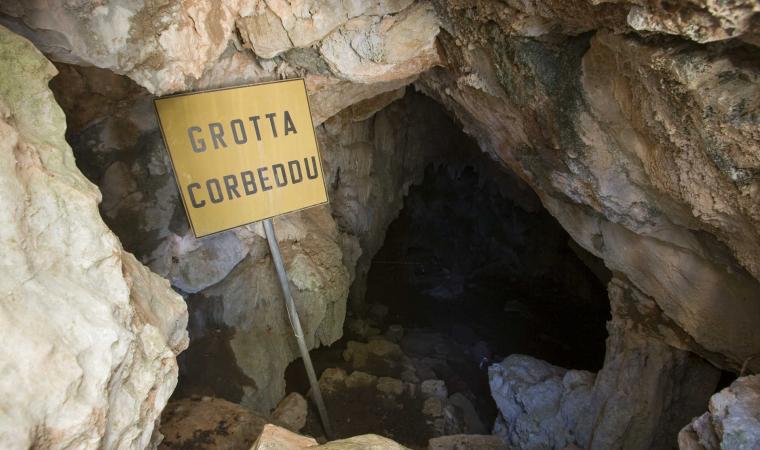 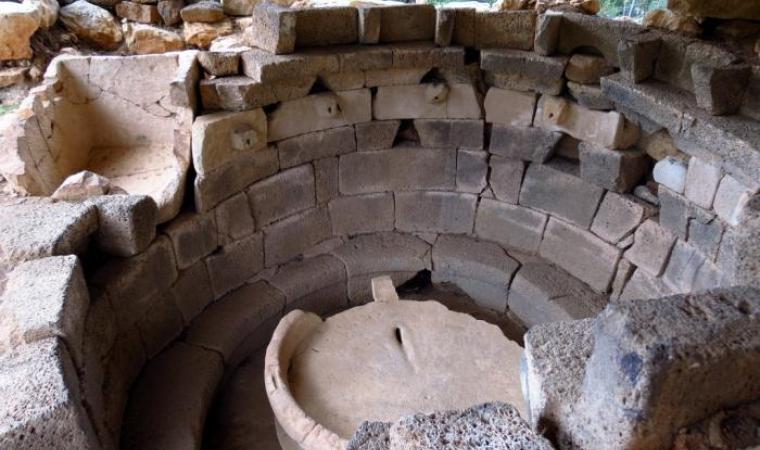 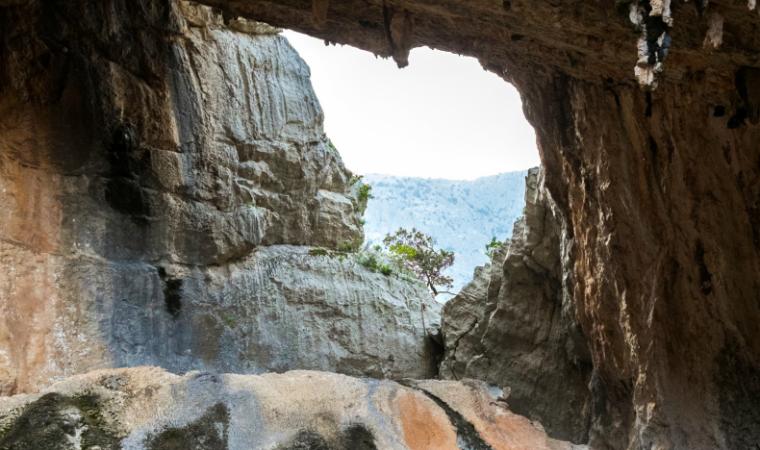 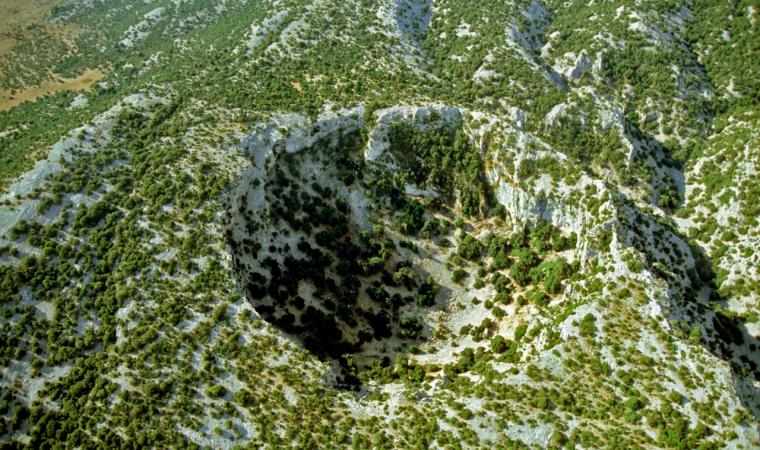 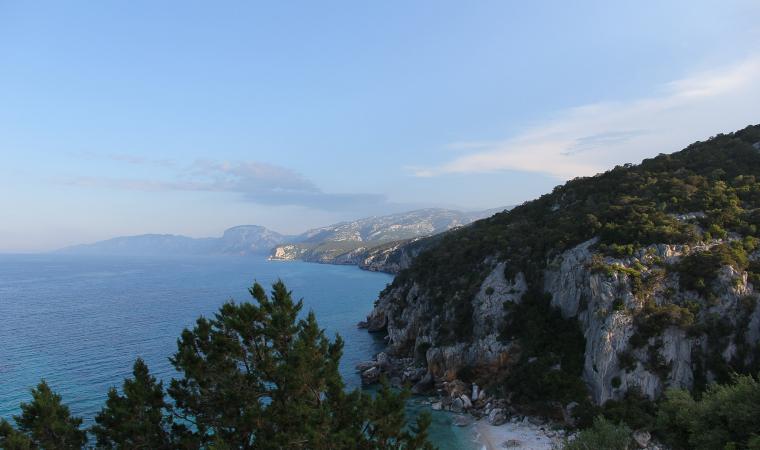 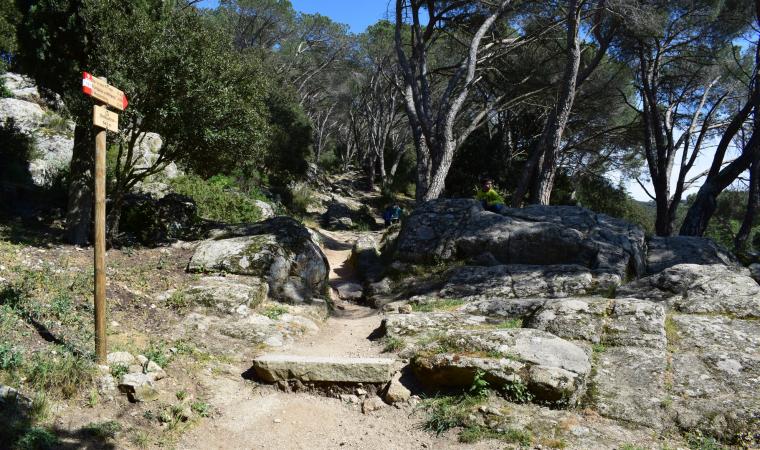 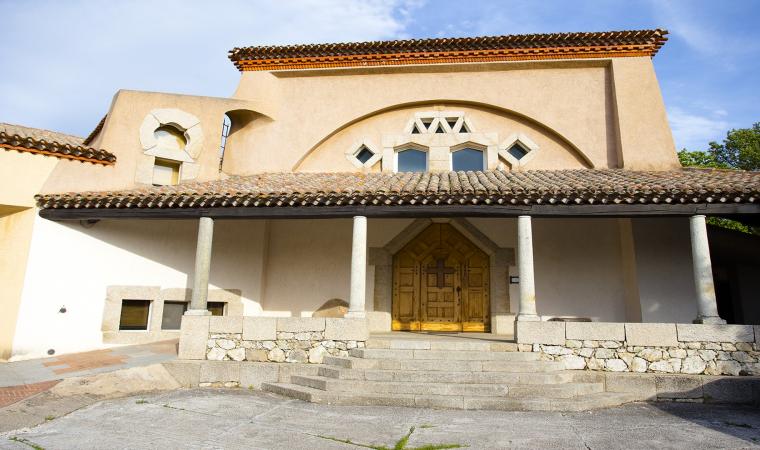