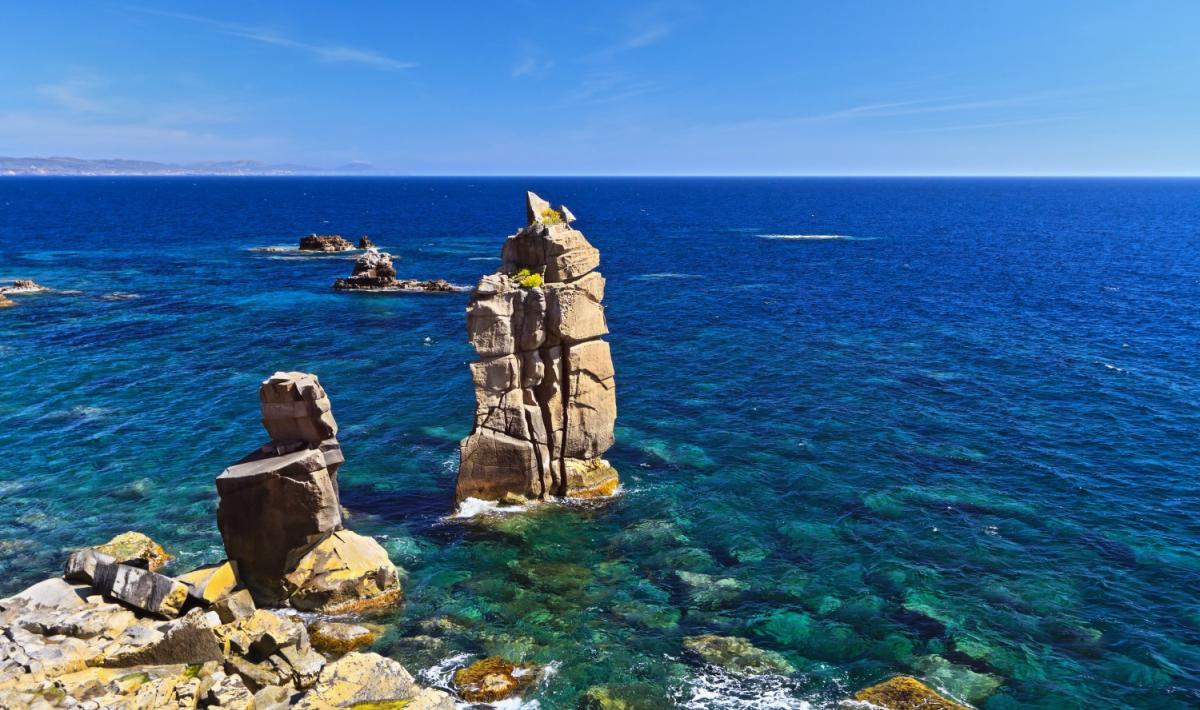 In the Sulcis archipelago, there is a natural monument that symbolises the far south-western tip of Sardinia; a dour, wild place dotted with breath-taking rocks and cliffs, an unmissable stop for your holiday in Carloforte

Two natural, dark grey columns rise from the blue sea, in a scenery of promontories, coves and cliffs. The Colonne di Carloforte, standing in the southern part of the island of San Pietro, owe their name to their impressive, tall shapes, modelled by the wind and sea. Up until 2010 they were both 16 metres tall (and originally perhaps double that). After violent storms, in particular that of November 2013, only the base of one remains. Next to them lie the barely visible remains of other, similar pillars. They are surrounded by cliffs and caves that emphasise the wild soul of the area, like the mouth of an inactive geyser. Legend has it that the two pillars of volcanic stone are of miraculous origin: one hypothesis is that the apostle Paul transformed two sea monsters into grey rock to protect the island; another tells that a pair of sailors were turned to stone by divine punishment.

The Colonne are a very popular destination for excursions, including geological itineraries on board the steam boats that circumnavigate the island. By land, you can reach the area by car from the centre of Carloforte. Just to the west of the pillars you'll find the delightful inlet of Cala Fico, where the Eleonora's falcon nests in a natural reserve established by the LIPU in 1993. Nearly all the last specimens of this bird of prey, perhaps 300 pairs, are found on the island of San Pietro. They can be approached with small boats and viewed when the sea is calm. You can also see them from the mainland, thanks to a 70 metre long footpath linking the tarmac road to the island's south-western tip.

Explore the rest of the island's coastline, nearly 40 minutes by ferry from Calasetta or Portoscuso. Still in the south, not far from the pillars, you'll find the natural pool surrounded by cliffs that plunge into the sea known as La Conca; to the north lies Cala Vinagra, to the west the impressive promontory of Capo Sandalo, dominated by Italy's most western lighthouse, built in the 19th century.

Visit the unforgettable natural monument of the island of San Pietro, created by the wind and sea, in the midst of a splendid coastal landscape of promontories, coves, beaches and cliffs 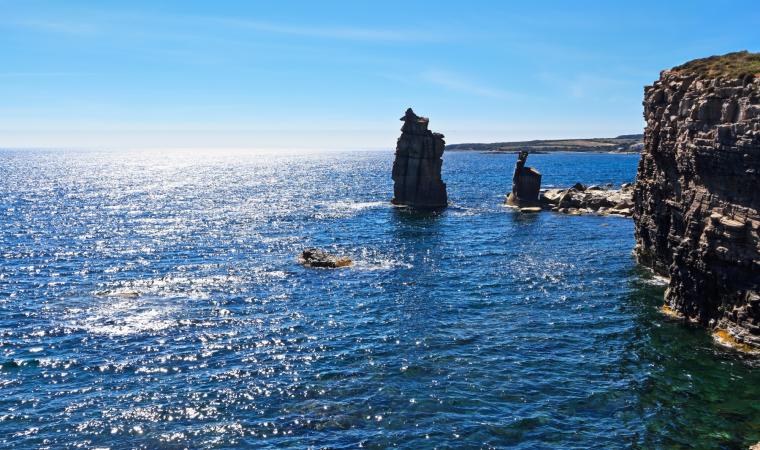