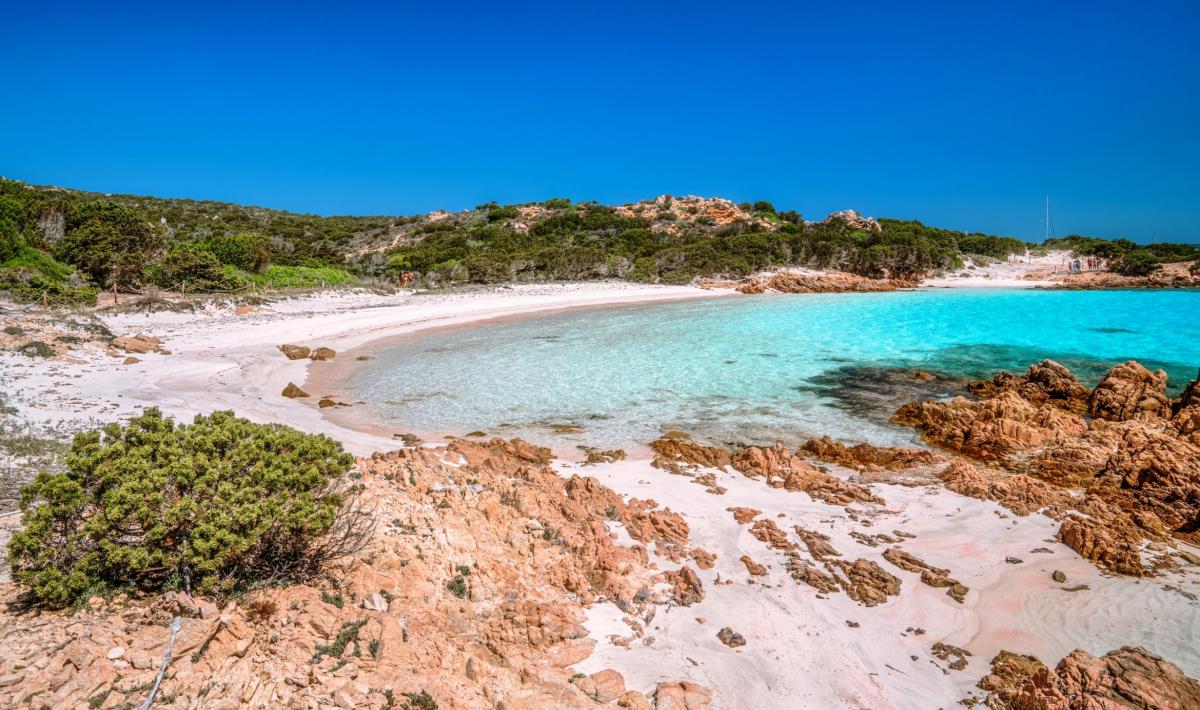 In the extreme north of Sardinia, near the Bocche di Bonifacio, among the islands of the national park, there is an inaccessible paradise, a mirage to be admired from afar but which reveals the wild nature of one of the world’s most beautiful beaches
© OpenStreetMap contributors

Even from afar, it displays its entire beauty with sensational colours. Budelli is one of the brightest gems of the Maddalena Archipelago, famous for its turquoise waters and for the Spiaggia Rosa, the Pink Beach, one of the most beautiful beaches of the Mediterranean. Its pink colour is derived from ground shelled microorganisms called Miniacinia miniacea, that live among the posidonia and are transported to the beach by the currents. At Cala Roto, where the beach is located, in 1964 Michelangelo Antonioni shot the scene of the girl’s fable in “Red Desert”, capturing the nature of this place in its full spontaneity. Formerly private property. Budelli became part of the national park in May 2016. Today, protected by environmental regulations, you can admire it from afar as a masterpiece of nature, accompanied by the park’s guides, without setting anchor, swimming in the sea or even stepping on the beach. Even from afar, the island is fascinating. Together with Razzoli, Santa Maria and nearby Spargi, it makes up the wildest part of the archipelago. It totals 12 kilometres of coast and a territory of 25 hectares, inhabited solely by the island’s custodian. The view from the top of Mount Budello (87 metres) is breath taking: granitic rocks and lush vegetation hide coves of fine sand and blue sea, such as the Spiaggia del Cavaliere beach to the northeast. It is a marvellous cove of light, impalpable sand, embraced by golden and pink rocks covered by the scented Mediterranean scrub. The sea that bathes it is of an almost impossible blue. No wonder it is also called “the Madonna’s port” (or mantle). Behind the beach there is a pond populated by little egrets, herons, coots and mallard ducks. The “Cavalieri” are protected as well: boats are not allowed nearby, but you can set anchor from afar, within a delimited area.

To get to Budelli, try a guided tour and rent a boat leaving from the Emerald Coast, La Maddalena, Palau and Santa Teresa Gallura. The seabed of the entire archipelago, also known as cetacean sanctuary, is perfect for diving. Do not miss the Washington shallows between Budelli and Spargi.

A timeless myth and the symbol of the park, a masterpiece of nature to be admired from afar: it offers unforgettable emotions, clear waters that lap against a red shoreline, and vegetation with colours and scents of a paradise on earth 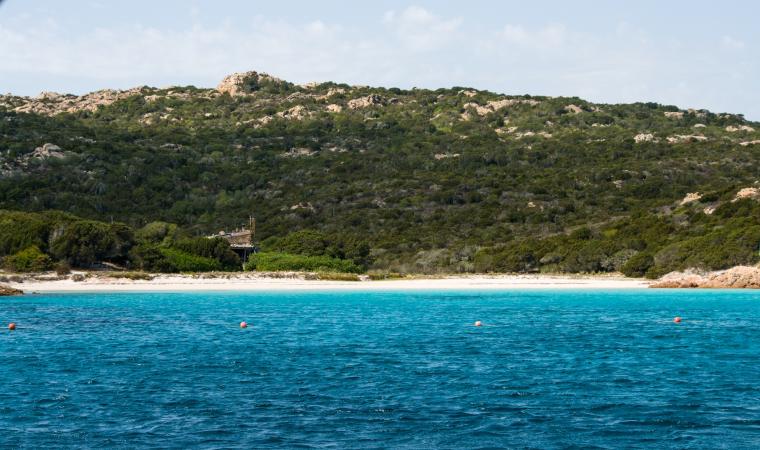 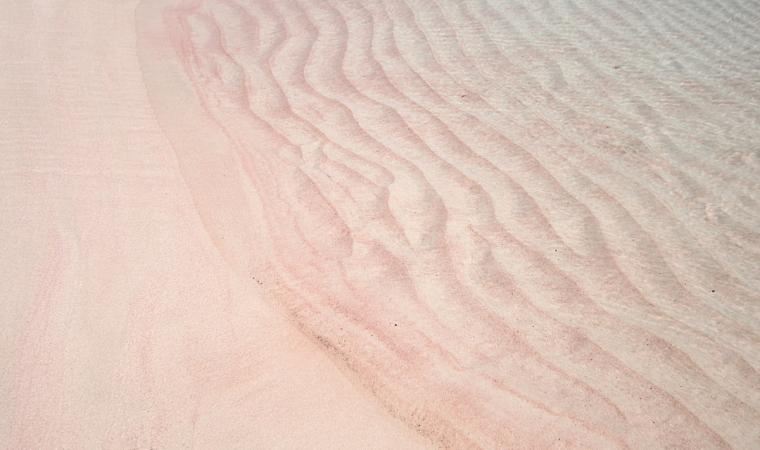 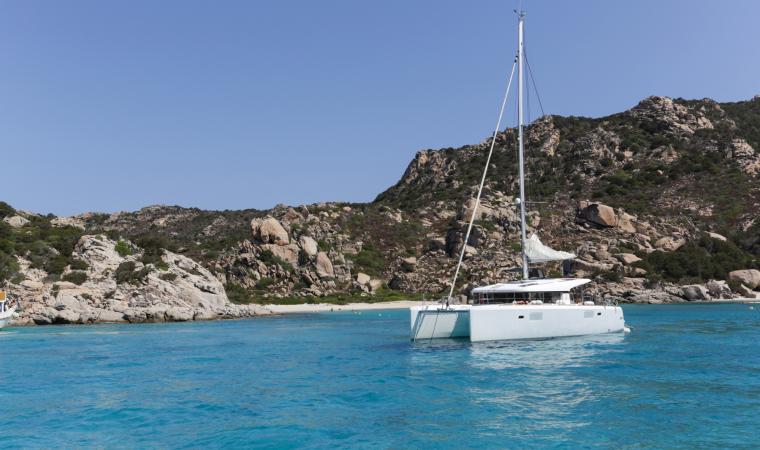 Budelli can be reached by boat, which can be rented locally, in the Maddalena Archipelago or the Costa Smeralda. 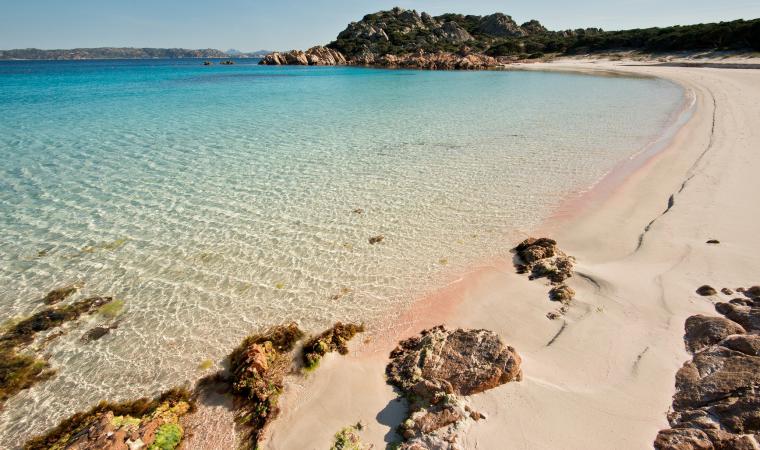 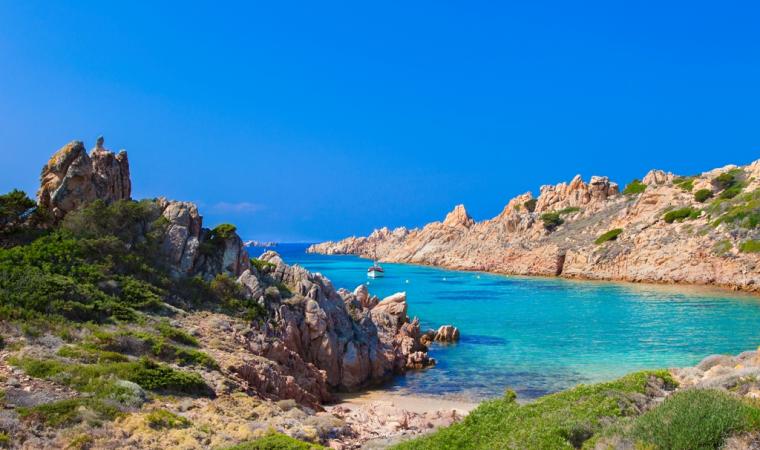 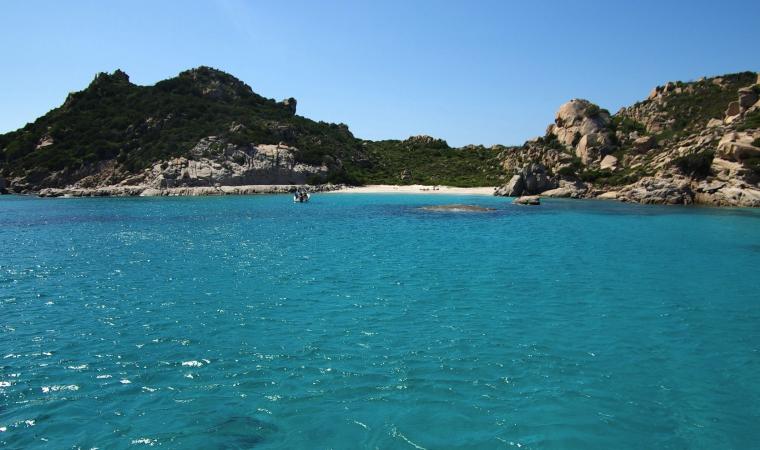 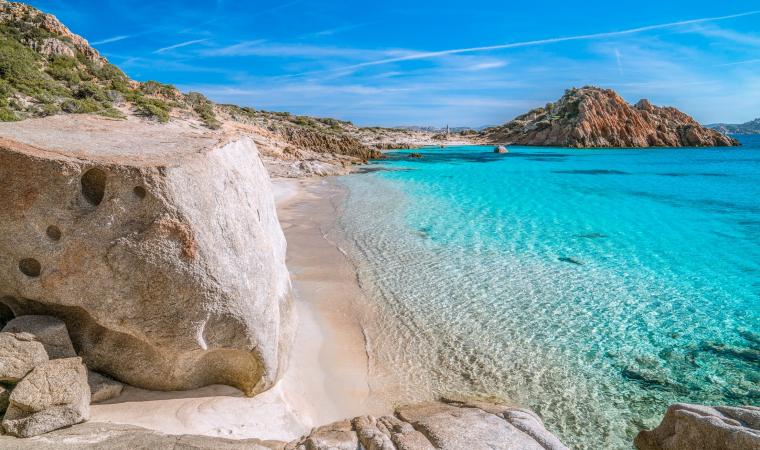 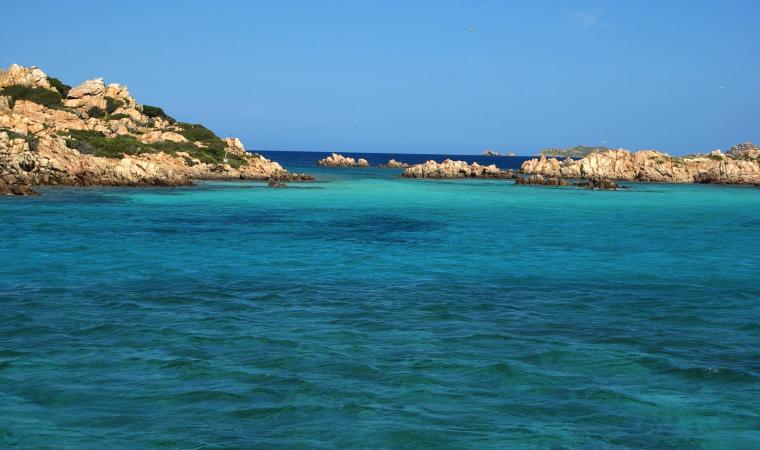