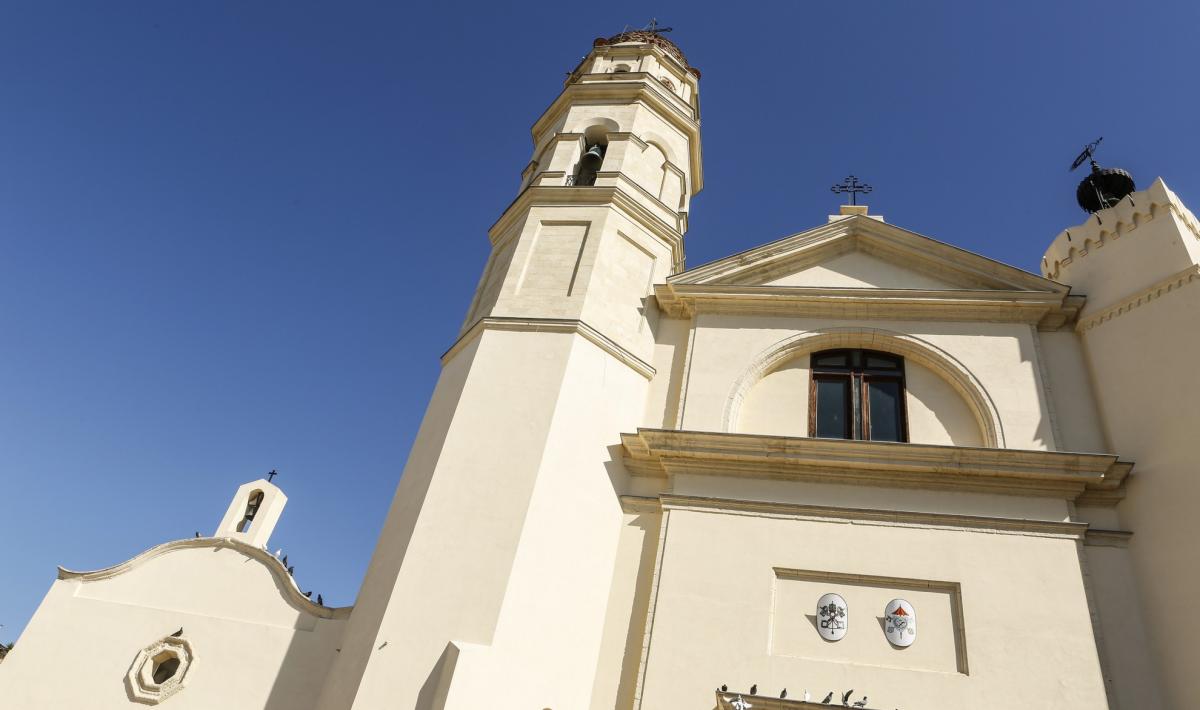 The main Catholic place of worship of Quartu Sant'Elena, the second largest city of southern Sardinia, guardian of the local traditions and a treasure trove of artistic masterpieces

One of the few completely frescoed Sardinian churches, an architectural monument that is the result of nine centuries of reconstructions and restorations, the last complete one of which was in 1996-99. The parish church of Sant'Elena stands in the historic centre of Quartu Sant'Elena, elevated to the dignity of a minor basilica in 2007 by Pope Benedict XVI. Saint Helena, mother of the emperor Constantine the Great, is the patron saint of the third largest Sardinian city by inhabitants. In 1826, Quarto added its name to the official denomination, which eventually became Quartu Sant'Elena in 1862. The oldest cult building dedicated to the saint was built in the mid-12th century in Romanesque style, and large enough for the needs of Quarto domino, one of the villae from which the current city derived. Between the 15th and 16th centuries, a larger church in Sardinian-Catalan Gothic style was built. Next to the façade there was an octagonal bell-tower, the pride of the city at the time as it was unique in the district of Cagliari. After various renovations, the church was destroyed by fire in 1775 and reconstruction work ended in 1828. The restoration of the end of the 20th century gave it its current appearance: from the previous church remain the oratory of the Rosary, the bell-tower, the clock tower and two chapels. Today its neoclassical façade stands out in the square named for it, completed by a triangular tympanum and divided into two orders by a springcourse cornice: at the bottom there is a wooden portal, and a glazed window in the upper part. On the right side stands the liberty style tower with the clock, and on the left stands the octagonal bell-tower, tall, slender and domed. The single nave is barrel-vaulted. Three round arches divide the internal harmony into three bays. At the intersection, an airy octagonal dome rises. The presbytery floor is in precious marble, laid at the end of the 20th century, while the rest of the paving is 19th century. The vaults and walls are all frescoed with paintings made almost all in the years 1924-40. The frescoes depict the battle of Ponte Milvio, scenes from the life of Jesus and the Madonna, the Holy Family and St. Helena presenting her son Constantine to the Trinity. Among the sculptures in marble, don't miss a baroque-style pulpit, sculpted by Pietro Pozzo in 1741, an antependium that is the oldest item of furnishing (1684), the two white water stoups at the entrance and, above all, the main altar made with polychrome marbles in baroque style by Giovanni Battista Franco in 1818, modified and expanded in 1907 by Giuseppe Sartorio. Its niche houses the statue of the patron saint, which is carried in a procession during the festival in mid-September. On the right is the 17th century wooden crucifix, and behind is an 18th century wooden choir. There are six chapels, three on each side, all barrel-vaulted and intercommunicating. Those on the left are dedicated to the Assunta, who is depicted asleep (dormitio Virginis), to Saint Joseph and to the Blessed Sacrament, in an area remaining from the previous Gothic church. On the right, in addition to the 'baptism' chapel, are the chapels of Saint Gabriel, which houses a large canvas painted by Bacicia Scano - who did most of the frescoes - and of the Sacred Heart of Jesus with the oldest wooden altar in the church. In the transept are the chapels of the Rosary and the Holy Crucifix, whose altar holds a dying Jesus. Next to the transept there is a large sacristy, which preserves a walnut screen, a white marble washbasin and a 1732 fratino table.

One of the symbolic monuments of Quartu Sant'Elena; inside are precious marbles, precious frescoes and ancient wooden statues, including that of the patron saint