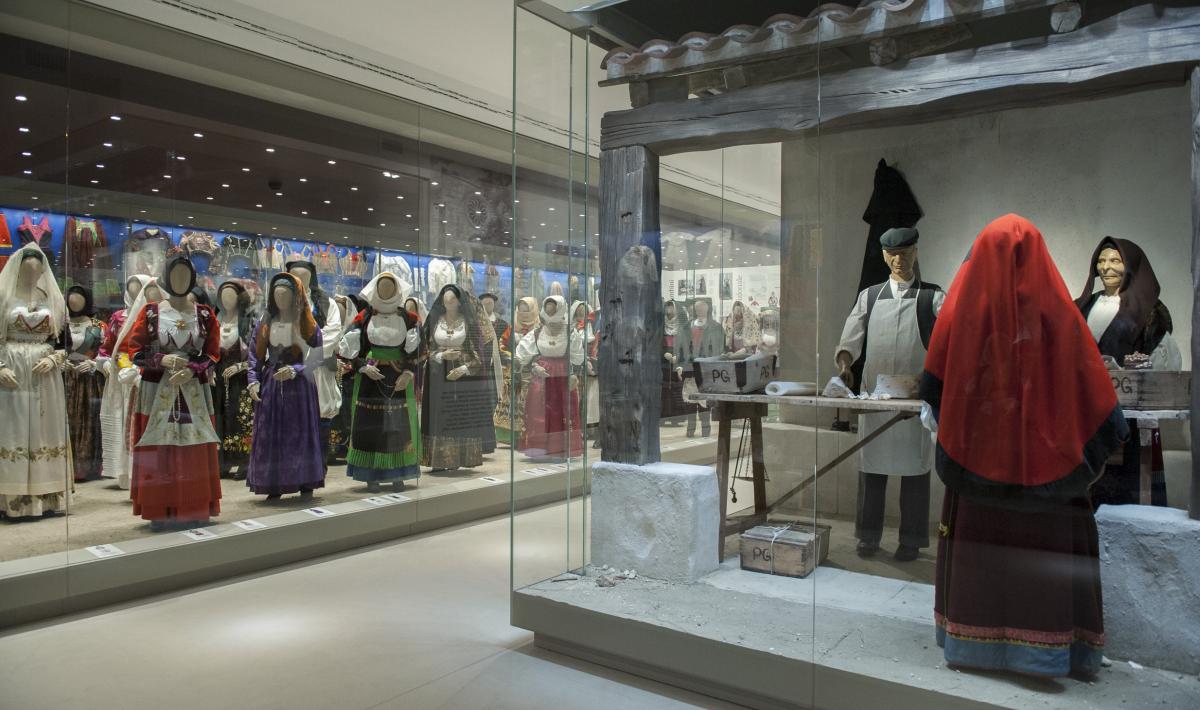 The rooms of an “ethnographic village”, carefully arranged on the outskirts of Nuoro in central Sardinia, encapsulate the Sardinian culture and traditions of the 19th and 20th centuries
© OpenStreetMap contributors

Imagine discovering the “tangible and intangible” traditions and modern history of a people, all within a single environment. Such a place exists in Nuoro within a complex of buildings housing the Museo della Vita e delle Tradizioni Popolari Sarde (the Museum of Sardinian Life and Folk Traditions), formerly called ISRE (Istituto Superiore Regionale Etnografico - the Regional Ethnographic Institute), being the most complete ethnographic exhibition of the Island. Built between the 1950s and 1960s on the hill of Sant'Onofrio, based on a design by the architect Antonio Simon Mossa, today it is one of the most visited museum complexes on the island, thanks to the skilful representation of the island's cultural and handicraft beauties. The route winds through three areas split into six environments. You can admire the tangible signs of Sardinian culture - the garments from the early-20th century, those worn “daily” and those used for ceremonies - also protagonists of the festival of the Sagra del Redentore (Festival of the Redeemer), the main event of Nuoro, featuring textile artefacts produced on traditional looms, an extensive collection of jewellery and amulets, weapons and utensils, around 60 instruments from Sardinian folk music (also 'toy' versions) and wooden Carnival masks linked to archaic pagan rituals, all accompanied by cowbells and sheep skins. In the dedicated rooms, you will find Thurpos and Eritaju of Orotelli, Boes and Merdules of Ottana and Mamuthones and Issohadores of Mamoiada. The museum is also a place of ancient flavours, with exhibitions of more than 600 varieties of traditional breads, some being veritable works of art. An auditorium room is dedicated to temporary exhibitions, concerts, theatre performances and international documentary festivals. You will be fascinated by the ethnographic films produced during the biennial international film festival, and by the images in the photographic archive of visual anthropology.

ISRE is a “scattered” museum system - the headquarters are in Via Mereu on the outskirts, connecting a network of other “thematic” museums in the city centre, part of an ideal identity pathway extending throughout the territory. In the historic district of Seuna, you will find the birthplace of Grazia Deledda, the most important literary site of the city, which safeguards the memory of the author who opened the Sardinian borders to the world. Next, you can immerse yourself in over thirty thousand volumes of the ethnoanthropological and museological specialist library. Nuoro is the Sardinian Athens, in which you can take a fascinating cultural journey. In a panoramic location alongside the cathedral of Santa Maria della Neve, you can access the Tribu cultural space and the Museo Ciusa that displays the sculptures of Francesco Ciusa, winner of the Venice Biennale (1907). The artist, the Nobel Prize winner Deledda, and the writers Salvatore and Sebastiano Satta also brought acclaim to the city. Nearby is the MAN, a famous art museum that hosts temporary international exhibitions and permanent displays of 20th-century Sardinian artists.

Here is the most complete representation of the cultural and identitary traditions of Sardinia, gathered within a “village” of ethnographic spaces in the city of museums par excellence 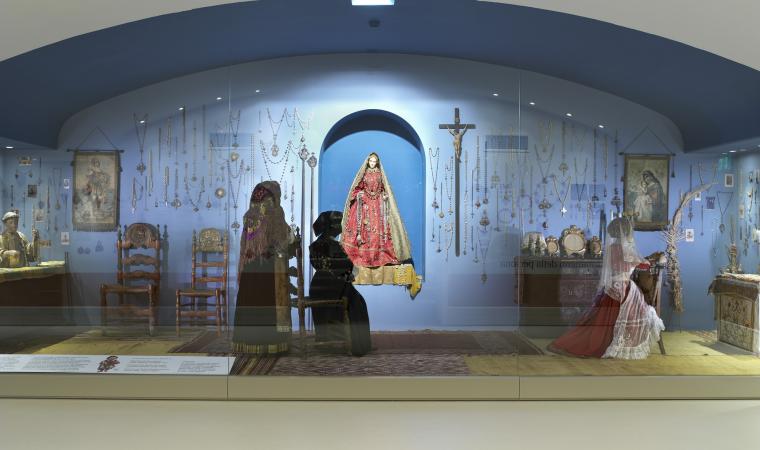 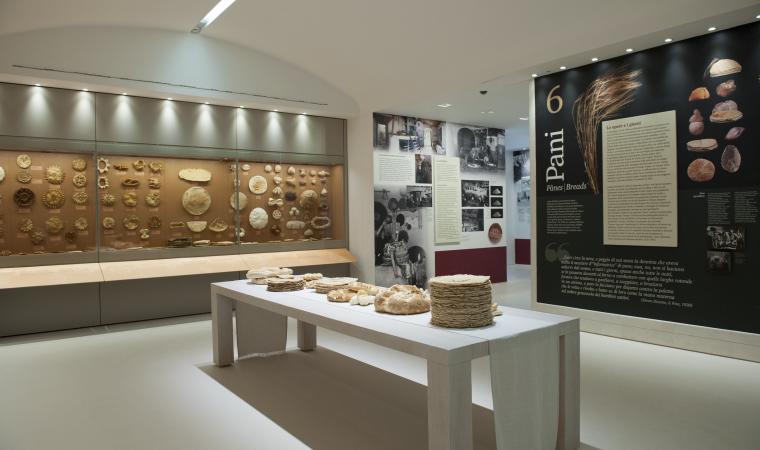 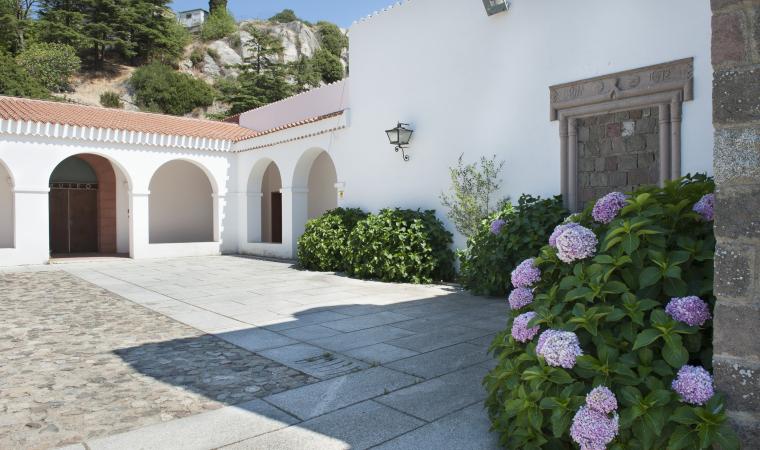 © OpenStreetMap contributors
Address: via A. Mereu, 56 - 08100 Nuoro Phone +39 0784 257035 - +39 0784 242900 fax +39 0784 253943 - 0784 37484 Managing Agency: Regione Autonoma della Sardegna - Istituto Superiore Regionale Etnografico, via A. Mereu, 56 - 08100 Nuoro Opening times: from 1 October to 14 June 09.00-13.00 and 15.00-17.00 (including weekends), closed on Mondays. from 15 June to 30 September 09.00-20.00 (7 days a week). Tickets: Free entry. Guided visits available subject to booking. Guided visits and educational activities for schools, by prior arrangement. Assistance to teachers for seminars, and assistance to students attending specialisation courses. The museum has an annexed Specialist Library belonging to the ISRE, accessible via prior written request. Bookshop. Accessibility: there are a few short flights of steps that can be negotiated with the help of the Museum's security guards.
© OpenStreetMap contributors