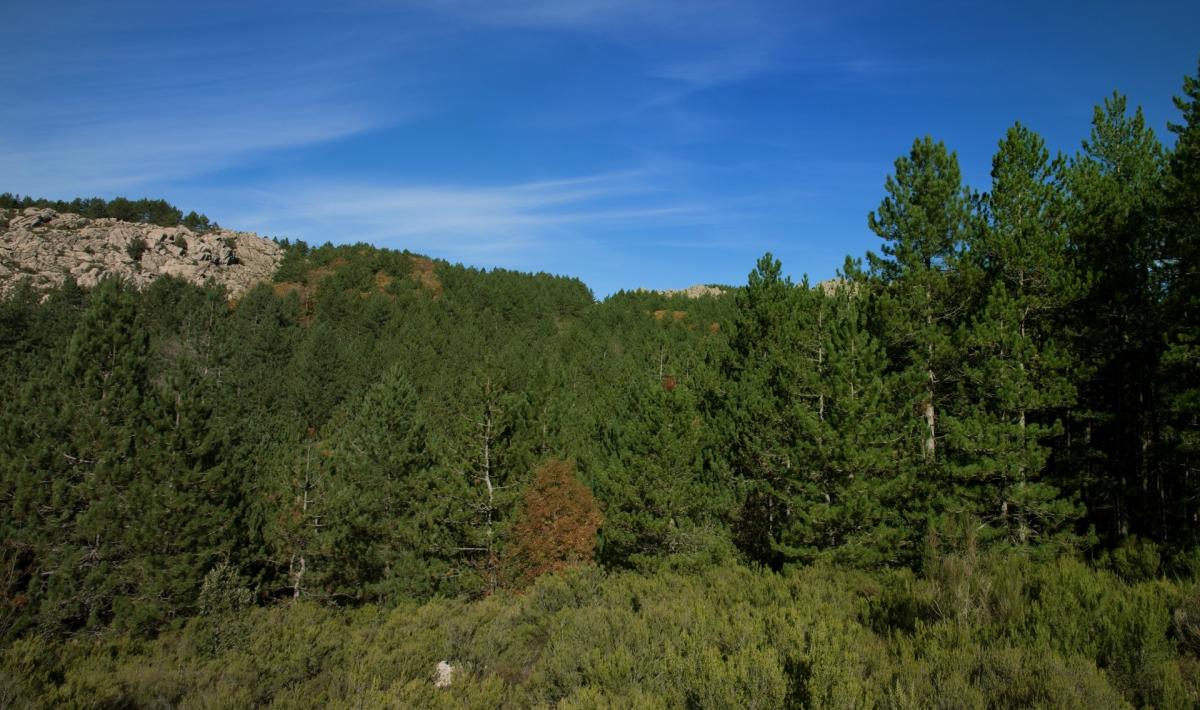 A massif in northeastern Sardinia, on the border between Gallura and Logudoro, a scenario dominated by rocks shaped over time by the weather and covered in Mediterranean greenery

Over thousands of years, water and wind have eroded its granite rocks, giving them bizarre and spectacular shapes, making them seem almost suspended, whitened by the snow in the winter and shining with every shade of green throughout the rest of the year. Monte Limbara stands majestically in the northeast of the Island, and was already given the nickname of limes Balares by the Ancient Romans, because it marked the border between Gallura, inhabited by the Corsicans, and Monteacuto and the eastern part of Logudoro, inhabited by the ‘Romanized’ Balares people. The territory of the massif is situated in four municipalities: the northern and northwestern slopes are in Tempio Pausania, the eastern slope is in Calangianus, the southern slope is in Berchidda and the southwestern slope is part of Oschiri.

The green mantle varies according to altitude: bushes prevail on the peaks, while at medium-low altitude the mountain range is covered in shrubs of Mediterranean scrub: strawberry tree, heather, phillyrea and mastic grow in the moist soils, while cistus, dwarf juniper and broom grow in the more arid soils. Despite fire damage, the holm oak is still dominant in some places and, in the valleys, is associated with maple, holly, ash and yew trees (rare on the Island). In other areas, instead of the ‘old’ holm oak and cork tree woods, conifers have been planted. You will also notice also the quaking aspen and, along the watercourses, oleanders, black alders and willows. Rare plants are hiding in the undergrowth, such as Limbara ribes, Corsican viola, and royal fern - three of the territory’s 56 endemic species - and it is also the home of mammals such as the wild boar, the weasel, the hare, the marten, the fox and two reintroduced species, the fallow deer and the mouflon, symbols of Sardinian wildlife. The golden eagle, the ‘sovereign’ of the Limbara skies, flies over the peaks, along with the northern goshawk, the peregrine falcon, the buzzard and the Eurasian sparrowhawk. Among the amphibians, there is the European mountain salamander and the painted frog.

Much of the territory is managed by the regional agency Forestas, which has divided it into two forest sites and has set up various hiking trails there, with names that evoke the particular features of the mountain, some of which can be covered by mountain bike. The nine kilometres of the ‘tafoni’ itinerary leads to the discovery of granite rocks eroded by weather; the ‘link’ through the woods and artificial ponds, populated by aquatic birds and fish; ‘animals and plants’ leads to the fence where mouflons and fallow deer live; the ‘southern side’ leads from the peaks into the southern valleys. The ‘summit’ trail is 12 kilometres long and crosses the Pavari garden - with species of exotic plants – and reaches Punta Balistreri, the highest peak of the Limbara (1362 metres), which was named after a fugitive from Tempio Pausania who took refuge there in the 17th century: he was never found and was protected by the mountains and by a community that supported him. The Summit was first a communications base for NATO and then for the Italian Air Force. Nearby, there is a small church, Chiesetta della Madonna della Neve. Other summits at high altitudes are Berritta, Bandiera and Giugantinu. ‘The way of the waters’ is the 30 km trail that reaches the countless sources of excellent quality low mineral content water dotted over the slopes of the massif. 29 water sources and fountains have been counted and are all made of granite, blending perfectly with the environment and surrounded by greenery. Various specific itineraries with refreshment and picnic areas make it possible to visit them. All around, the views will leave you breathless: from the valleys around the Coghinas lake to the northwestern coast.

The mountain is part of the history of climbing: the first climbs on the Island took place here (1921). There are numerous classic climbing itineraries, known as clean (meaning that the rock is left unaltered) even to a height of over 200 metres. The climb at Monti Longu, also known as Torre Littaghjesu stands out. It is one of the most beautiful granite peaks on the Island. Every year the Limbara hosts a musical event of international fame, Time in jazz: the music rings out between the rocks and woods, a picturesque setting for rhythmic expressions. The Semida (path) ecomuseum of art and nature is located on its slopes: visitors are accompanied on a journey of discovery of works of art set in the natural oasis, while down in the valley, on the outskirts of Berchidda, the land of Vermentino wine, you will find the wine museum as well as the regional wine shop: the ethnographic-oenological journey illustrates the cultural aspects of wine production in Sardinia.

While holding your breath, you will admire a majestic granite colossus sculpted by wind and water, whitened in the winter and ignited by infinite shades of green in the other seasons 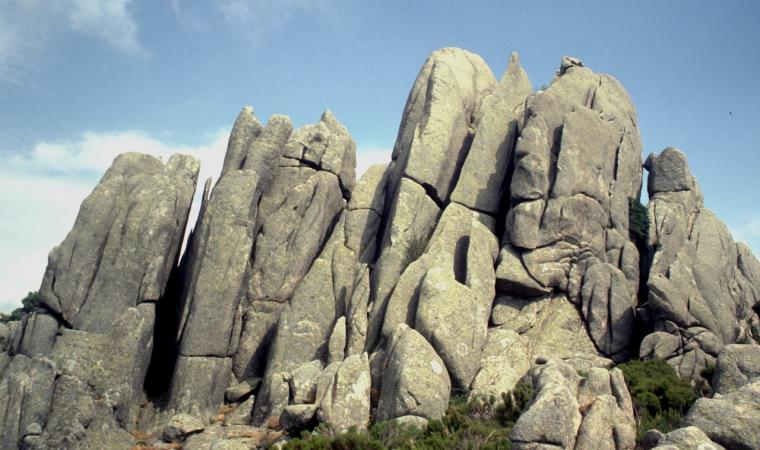 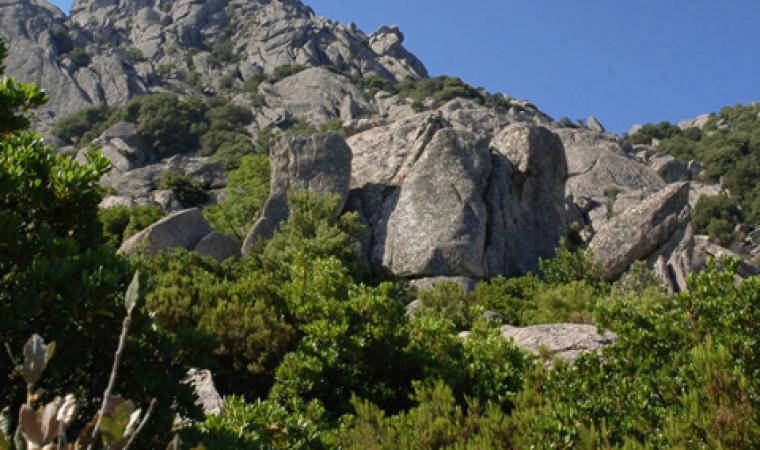 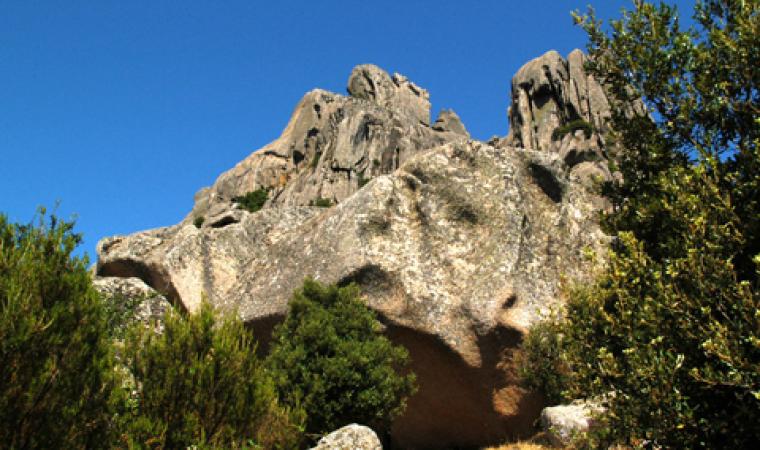 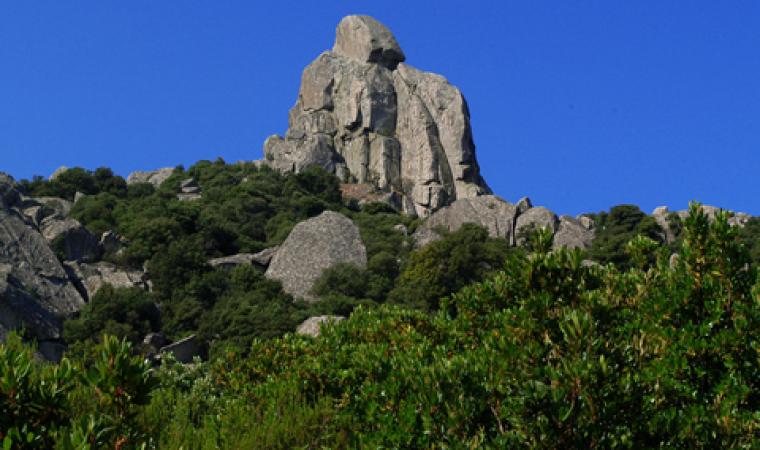 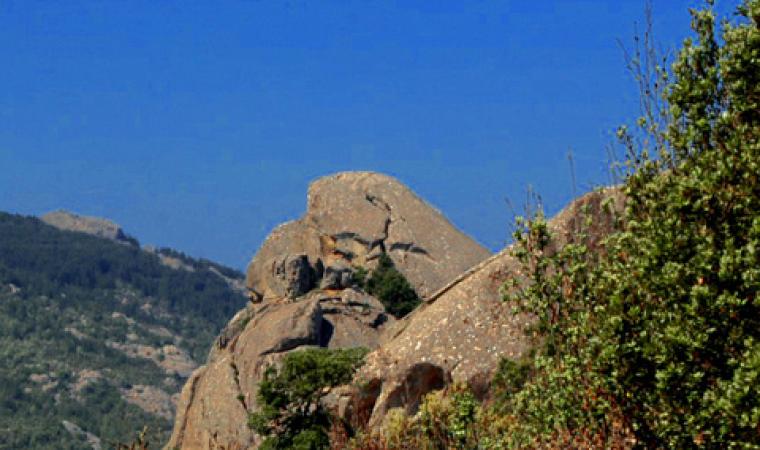 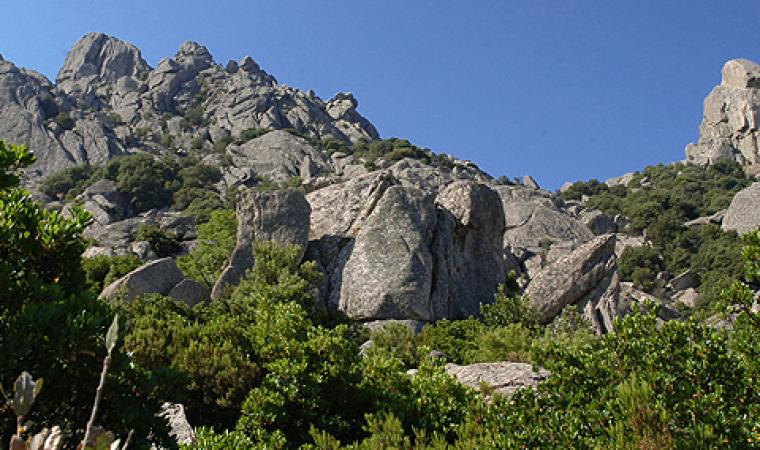 To get to Monte Limbara north, go out of the town of Tempio Pausania, along the SS 392 towards Oschiri. At the 7 km marker, in the locality of Coradoreddu, are the forest area offices. The southern slope is reached from the town of Berchidda along the SS 597 Sassari-Olbia or the SP 62. Coming from Tempio you reach the heliport of Valliciola and go as far as the small pond Su Sciucchi that is found inside the forest.