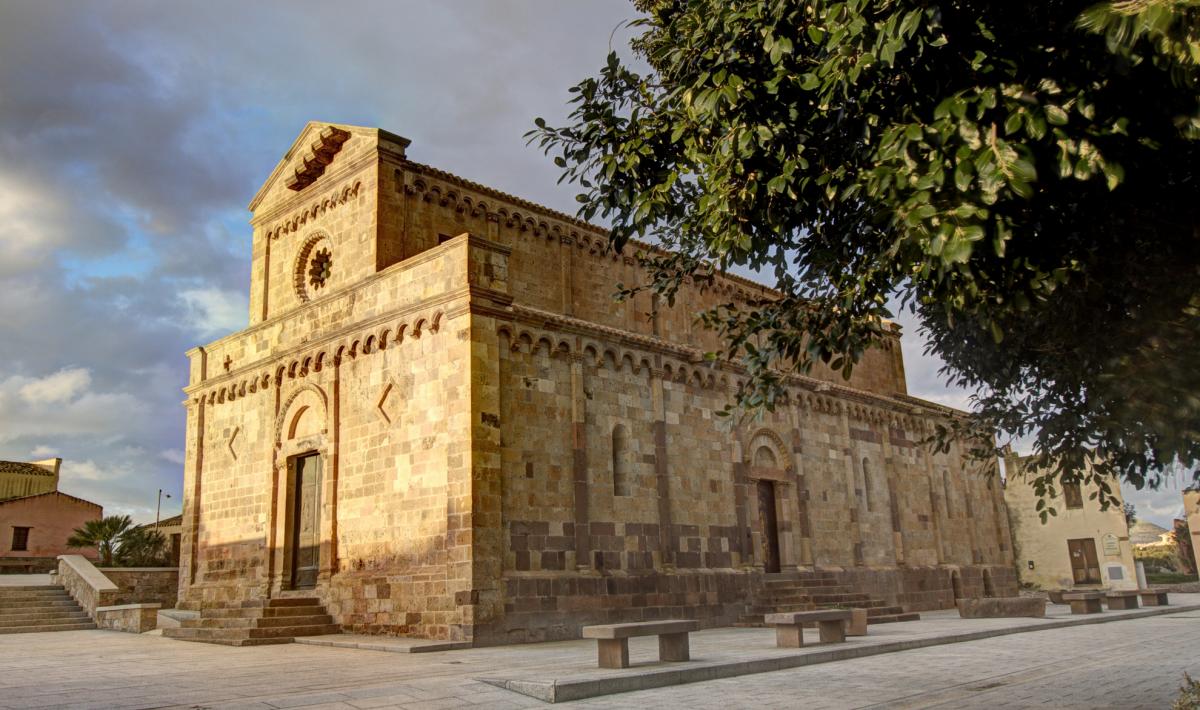 Once the main town in the Sulcis region, in southwestern Sardinia, now a tourist destination thanks to its natural scenery, traces of a great past and prehistoric sites

“Tratalias is not close to anything.” This is how ‘The End is Known’ (1992) begins: a taxi driver replies to Fabrizio Bentivoglio, on his way from Cagliari to the town in lower Sulcis, which he believed to be closer. The film confirms the initial statement: Tratalias seems like a village far away in time, with the charm of thousands of years of history still intact. It emerged opposite the Gulf of Palmas around the year 1000 (like its current one thousand inhabitants) and its period maximum splendour was during its time as an episcopal see in the Pisan and Spanish period. It maintained a leading role until the nineteenth century. The original village was abandoned in the 1980s, after the creation of the artificial lake of monte Pranu, when its seeping waters made the homes inaccessible. The new village was created a few hundred metres away. The ‘ghost’ village with just a few renovated stone houses will take you back to the enchanted atmosphere of the ancient Tatalia, once enclosed by three ‘Baroque’ arches (two are still intact), which may have been entrances to the citadel. In the centre there is the cathedral of Santa Maria di Monserrato, built between 1212 and 1282, where the diocese of Sulci was located from 1218 to 1503 after the abandonment of Sant'Antioco and the coast in 1503, due to the threat of Saracen incursions. It is a real gem of Romanesque art with architectural forms unique on the Island. Behind it, there are artisan workshops, where you can observe them at work, in person. In the church square there is the Casa Spagnola, which dates back to the 12th– 13th century and was first renovated in the 17th century. Additional spaces, containing the museum of the Tratalias territory, were added to the original nucleus. The cart that carries the simulacrum of the Virgin of Montserrato in the procession on the Sunday of the Ascension is kept here. It is a ritual dating back to the transfer of the episcopal see to Iglesias. Since then, every year, the statue is taken to the village on the carriage festively ‘dressed’, followed by procession in traditional costume. On this occasion, you can savour Tratalias cuisine: snails in sauce, cheese ravioli, suckling pig and lamb offal on the spit, accompanied by Carignano wine.

You can go horseback riding or take a trip by mountain bike in the monte Pranu park natural oasis, along marked itineraries, roads once by shepherds and disused railways. Inside it, there are a large number of archaeological sites: 11 nuraghi, four villages and two Tombs of Giants, out of a total of 40 Nuragic settlements in the Tratalias territory, inhabited since Neolithic times (as confirmed by the village of Tracasi). The main one is the nuraghe is Meurras complex, surrounded by a village and a Tomb of Giants. They were positioned to guard the territory, along with the nearby and impressive Carroccia, also with an annexed Tomb of Giants. At the top of a hill, there is the Sirimagus complex, while the best-preserved nuraghi are the monotower Cuccu and the Tratalias complex, with a central tower and three perimeter towers joined by curtain walls.

You will experience the enchanted atmosphere of a village with a great past, which has preserved its former splendour, including the former Cathedral, surrounded by a beautiful territory dotted with archaeological sites