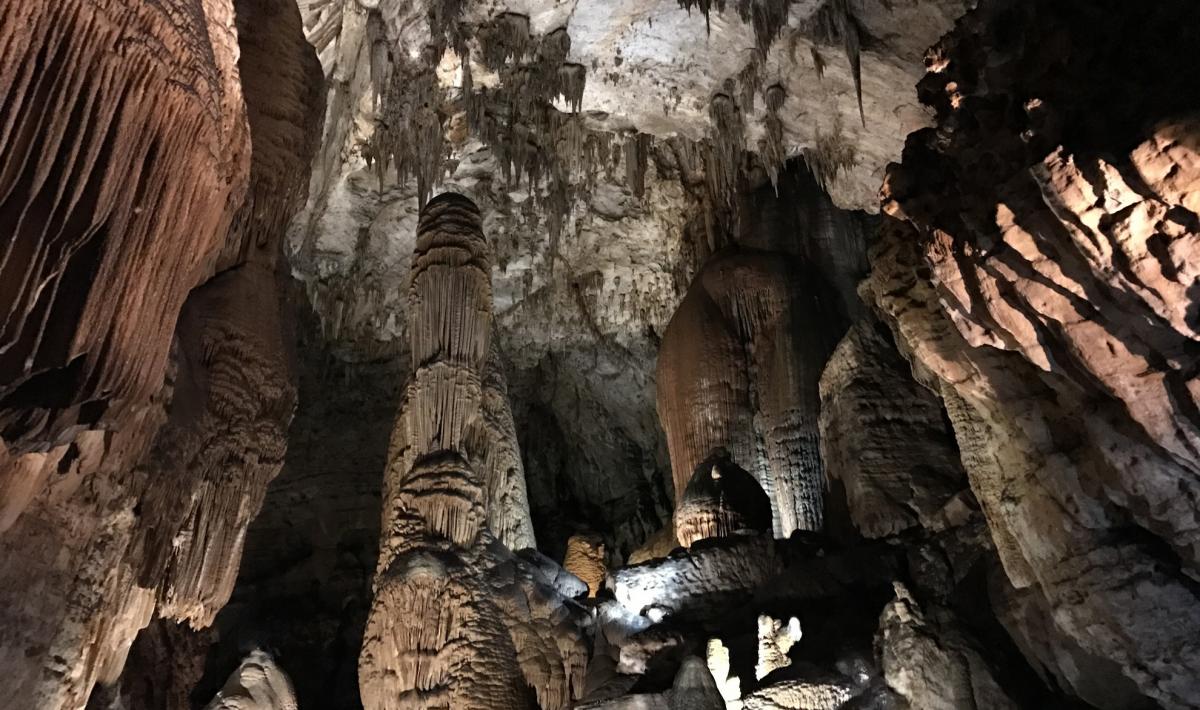 One of Europe's most impressive caves is found in Ogliastra. To get to its innermost parts, you need to walk along hundreds of steps, but the visit is well worth the effort: you will witness an unparalleled sight

The beauty of the stalagmites and festoons hanging from the walls is amazing, as is majesty of its spaces: it opens up at an altitude of 880 metres and extends over 850 metres, all of which can be visited. The Cave of Su Marmuri - meaning 'the marble' because of the unusual appearance of the limestone rock - is found one kilometre from Ulassai, a reference point for climbing and trekking enthusiasts. To get to it, you need to take a road situated between rocky outcrops and deep gorges. The immense cavity, formed 150 million years ago by the force of the water, extends along the rocky outcrop known as the Tacco di Ulassai, a massif that overlooks the village.

The entrance opens out onto a steep escarpment practicable thanks to a flight of steps and open to the public since the 1950s. Leaving behind the effort of having climbed hundreds of steps, you can start to enjoy a leisurely stroll on flat ground along the magnificent concretions, which are still being formed, and you can visually 'climb' breathtaking heights. In some areas, the walls are 70 metres high: it is the most impressive cave in Europe.

The one-hour visit takes place along an easy trail that passes through a series of extremely high ‘rooms’ and basins, two small lakes fed by the incessant trickling of water, a series of stalactites, stalagmites, pisolites and splashes, globular shapes formed as a result of dripping water. The atmospheric temperature is constantly around ten degrees C. Of the numerous spaces to see, it is worth stopping off at the Grande Sala (Large Room), which is 72 metres long and 30 metres wide, the Organ Room, with its concretions that look like organ pipes, the Cactus Room, featuring two twenty-metre high stalagmites, similar to cactus plants, and the Room of the Bats, the Gallery of the Basins and the Terminal Gallery. The view is captivating, wherever you look.

Su Marmuri is one of the most famous natural monuments of Sardinia, and not unique in Ulassai, which boasts an incomparable 'waterscape' created by the imposing waterfalls of Lequarci and Lecorci, which descend whirling from vertical limestone walls just half a kilometre from the town. The waters of Lecorci flow just below the famous cave and journey on to join those of Lequarci.

On the nature trail, don't miss the chance to dip into the great cultural tradition of Ulassai, a real museum-town that was the birthplace of famous artist Maria Lai, whose works are dedicated to the Art Station.

Take an unforgettable journey into the bowels of the earth between spectacular halls with huge stalagmites and stalactites, extraordinary 'column' concretions and underground lakes 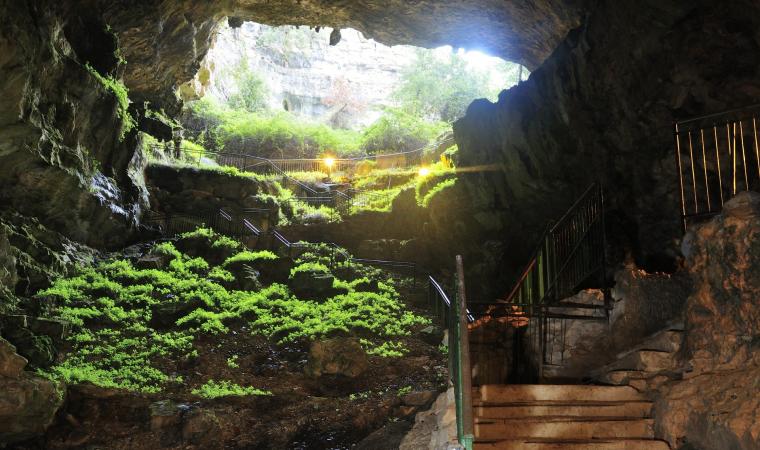 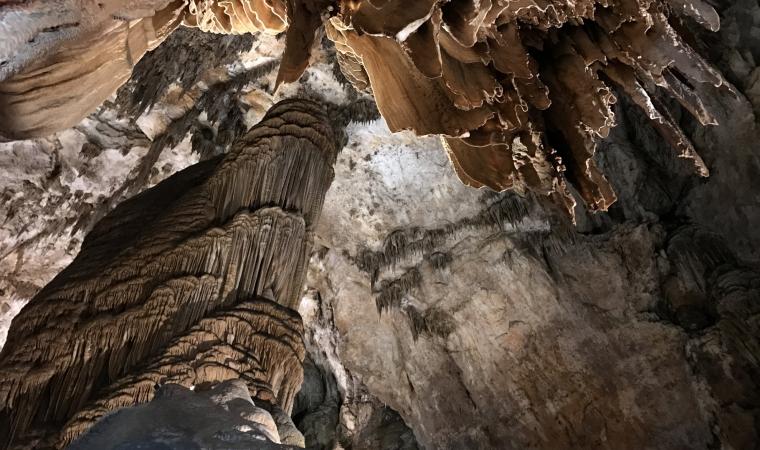 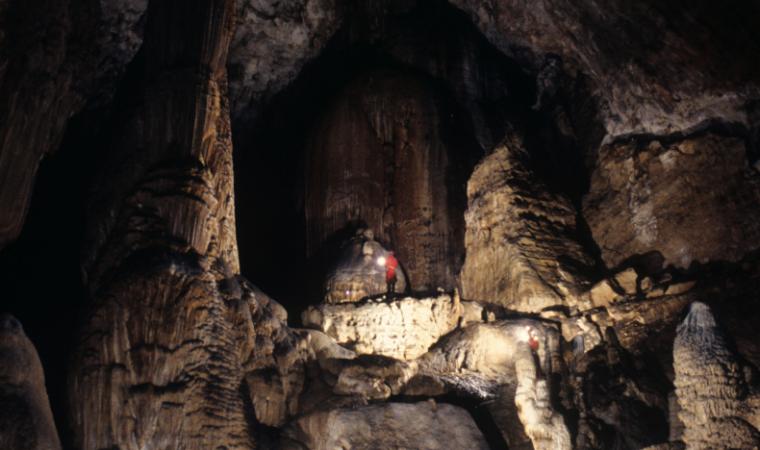 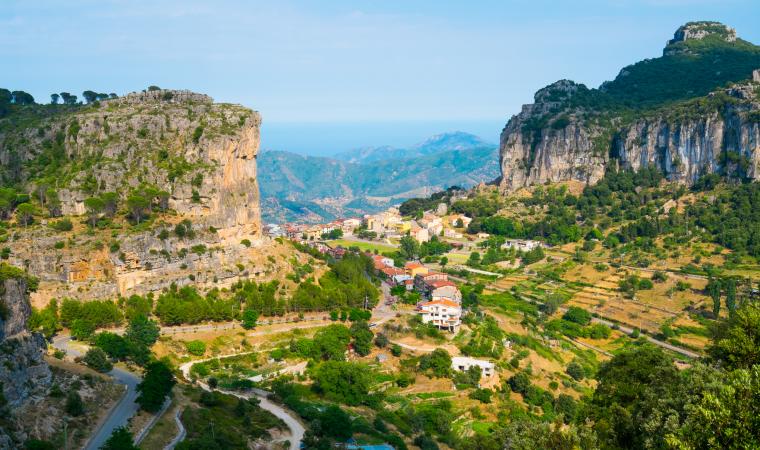 Set in the calcareous massif that rises above the town of Ulassai, about a kilometre away, the cave is accessed from the town along an asphalted road, along an exciting route among the rocks and the ‘heels’ separated by huge gorges.