On a plateau overlooking the sea in central-eastern Sardinia, a very structured and well-preserved 'urban' site tells you about the life of the nuragic peoples

It stands on the plateau of Gollei, in the territory of Dorgali, about ten kilometres from the town, surrounded by rugged hills, millennial olive trees and Mediterranean vegetation. Serra Orrios is one of the best preserved nuragic complexes: here, you can journey through time to a village-sanctuary, built entirely of basalt blocks, representing a purposefully designed proto-urban settlement in terms of size and architectural structure.

You can take a careful look at the well-preserved civil and cultural buildings of the nuragic age. The village consists of a hundred circular huts, built with a base of rows of stones and originally covered with branches. They are simple, or divided into different rooms - also to keep the animals, typical of a society dedicated to agriculture and breeding - overlooking a single courtyard with a well. Niches or closets have been created in the walls. The floors are in stone slabs, cobblestones or simple beaten earth. At the centre was a circular hearth, bordered by stones. Clay, and perhaps cork, was used to waterproof the buildings. The houses are grouped into three blocks, connected by small streets and squares. 'Hut 49' stands out, isolated, and may have been the 'meeting hut', characterized by a curvilinear layout and equipped with a bench-seat and an entrance vestibule.

The village-sanctuary, as well as two megalithic tombs, has two sacred areas, each with a megaron temple, a cult building typical of the Mycenaean civilization, which presupposes influences from the Aegean. The two small temples, perhaps dedicated to the water cult, have a rectangular layout equipped with a fence, each with an antechamber and a longitudinal cell, bordered by a bench-seat. One of the two areas is set apart from the town by a large circular enclosure; the other, with a well-preserved temple, is located inside the village, separated by a rectangular sacred enclosure.

The millenary life of the village of Serra Orrios began in the late Bronze Age (16th century BC) and ended in the Iron Age (9th to 6th century BC), and was centred around a market place and religious activities. Its most intense period of settlement was between the recent and final Bronze Age, as shown by numerous ceramic artefacts - cylindrical collared rings, bowls and decorated jugs - found in the excavations and preserved in the archaeological museum of Dorgali. These are now on display in the room dedicated to the nuragic civilization, together with frame weights, spindles and spools that demonstrate spinning and weaving activities, and clay stoves, drawers, smoothing stones, pestles, mills and casting matrices that testify an intense productive activity. Metal items found also include chisels, foundry springs, daggers, axes and ornaments (pins, bracelets, earrings, etc.).

From Serra Orrios you can easily reach other interesting nuragic settlements: the nearest are the Oveni and Purgatoriu nuraghes and the Giants' tombs of Biristeddi. The territory of Dorgali, one of the largest of the island (225 square kilometres), inhabited since the Paleolithic, is dotted with more than 200 Bronze Age sites: 45 nuraghes, one hundred settlements and about forty Giants' tombs, among which the most famous is s'Ena e Thomes, six kilometres from Serra Orrios, and a symbol of the nuragic age with its almost four metre-high stele. Among the villages it is impossible not to visit Tiscali, half in the territory of Oliena, which was a pre-nuragic site and later settled by indigenous communities (civitates Barbarie) open to traffic with the Italian peninsula. Regarding the 'towers', the Arvu and Mannu nuraghes stand out, overlooking Cala Fuili, and are both examples of reuse in Roman times. Around the Mannu nuraghe a Roman settlement spread out over two hectares, remaining active until the late imperial age. Some of the most significant pre-nuragic remains, dating back to the Neolithic, include 55 domus de Janas, among which those of Marras, Pirischè and Campu Marinu, as well as the dolmen of Motorra.

The ideal site to discover the 'urban' architectural evolution of the nuragic civilization, with a surrounding natural environment that makes the discovery even more evocative 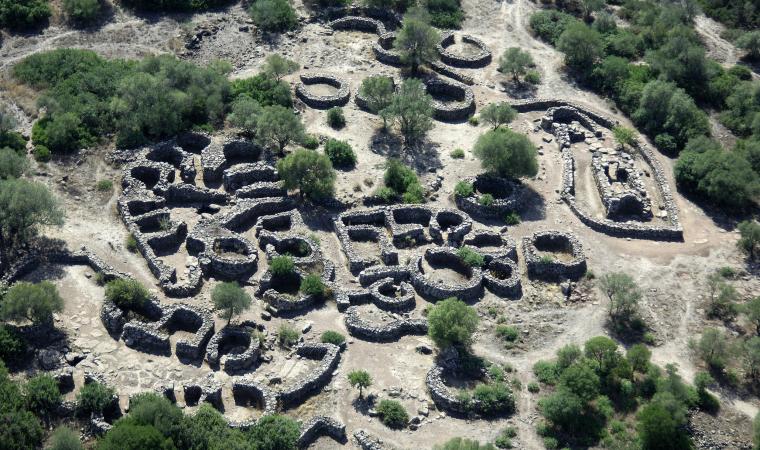 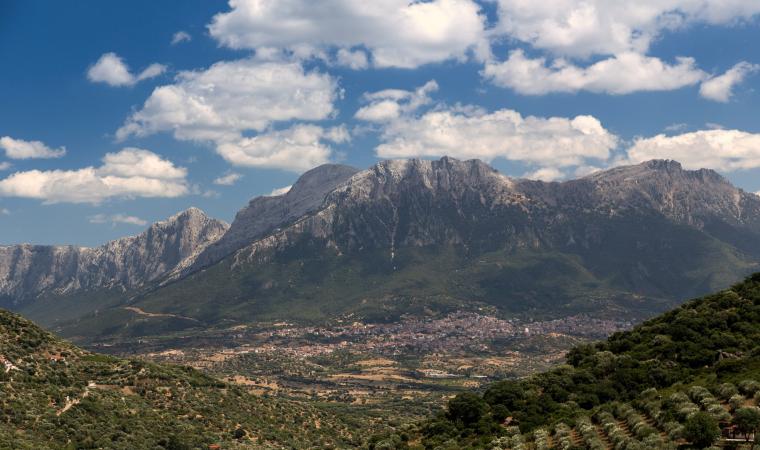 From Nuoro take SS 129 in the direction of Orosei. After 19 km take the turnoff for Dorgali and drive on for a further 3 km until on your left you come to a parking area and the pathway which after about 600 m will take you to the nuraghic village. 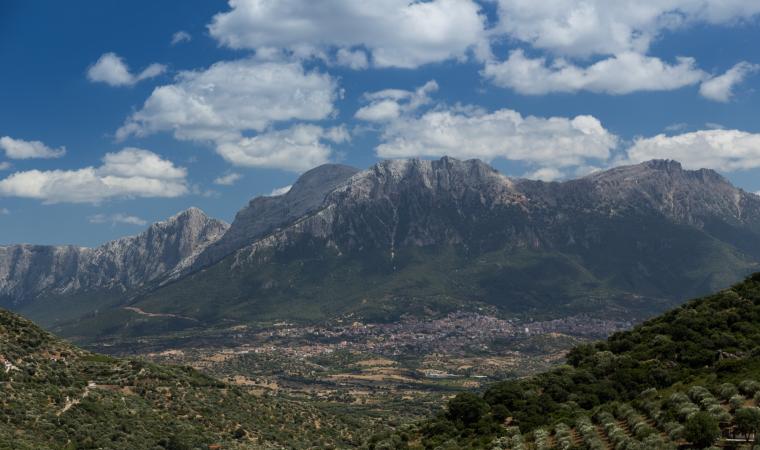