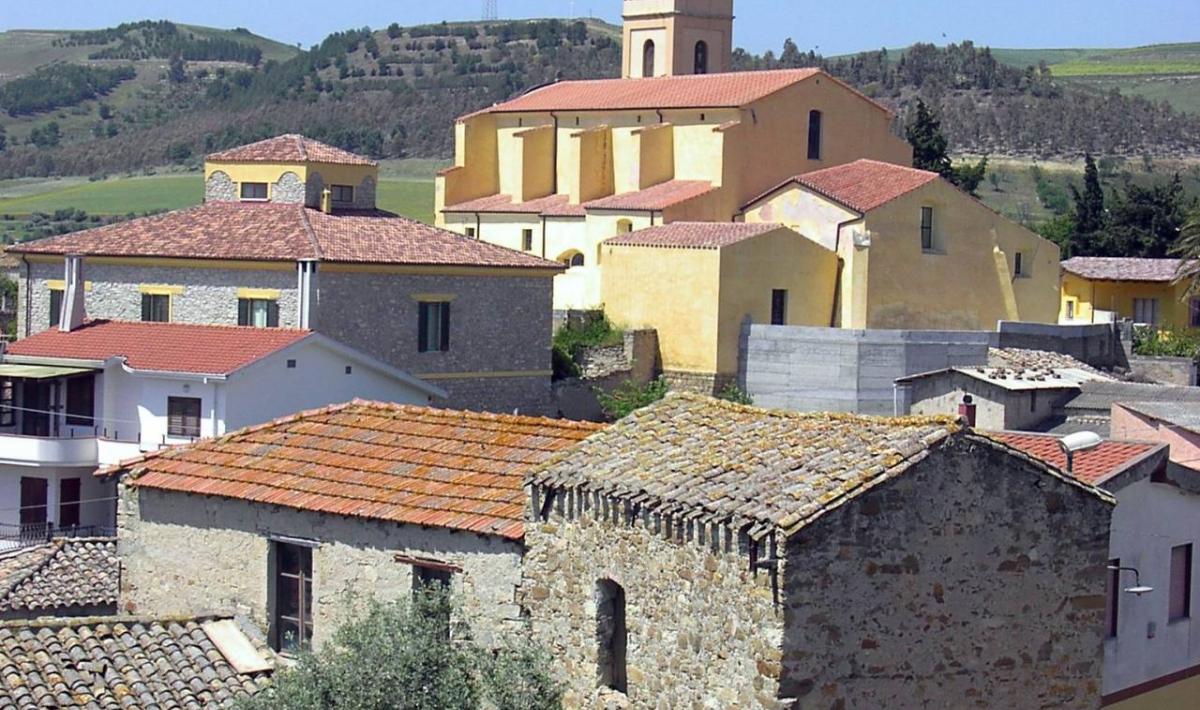 This agricultural town in Trexenta, in central-southern Sardinia, safeguards ancient traditions, with historic churches and important Nuragic and Roman remnants

Selegas is at the heart of the Trexenta subregion, perched between two valleys at the foot of Monte Nuritzi. It is a town with 1,400 inhabitants and an agricultural tradition. The name derives from the abundant cultivations of rye - the ‘black bread’ of the Roman commoners - or from segetes, ‘cereals’, then ‘land of Ceres’, the harvest goddess. Even the urban structure is typically rural, with low-rising houses, their façades embellished with murals that depict the local activities and community and the ‘renaissance subjects’ of painter Liliana Cano. The Sa Domu De Perda event in July is dedicated to these wall paintings. In the ‘heart’ of the town is the parish church of Sant’Anna, in the Gothic-Pisan style of the 12th-13th century, enriched by its marble altar. The bell tower has four bells, the oldest (1608) being engraved with Seligas. The parish museum is connected to the church, which holds statues, liturgical books and sacred furnishings, dated from between the 16th and 19th centuries. The patron saint is celebrated at the end of July with a procession and events that express the deep-rooted customs of the town: an exhibition of garments, traditional music, dances and poetic competitions. Next to the parish is a cave dedicated to Our Lady of Lourdes. At the peak of the village stand the churches of Santa Vitalia, whose patron saint is honoured at the beginning of October, and Sant’Elia, built in 1810 on the ruins of San Pietro, on the possible site of a sacred Nuragic fountain in prehistoric times. Also worth visiting is the 16th-century Oratorio del Rosario and the ruins of Nostra Signora d’Itria, located in the most ‘Romanised’ area, attested by fragments of amphorae, jugs and ceramic crockery along with traces of the Carales-Olbia per Bioram. Another stretch of Roman road emerges in the village of Seuni, two kilometres from the town. An ancient and significant village, it is today populated by 300 inhabitants and preserves the Santuario di Santa Vittoria Martire, dating back to 1581 and rebuilt in the mid-20th century. The saint is celebrated in May, in the same month as the festival of Sant’Isidoro, patron saint of farmers, a much-anticipated event along with the carnival.

The heights of Selegas were inhabited as far back as prehistoric times. In Turriga, a statue of the Mother God in marble limestone was found, being 40 centimetres in height and today exhibited at the National Archaeological Museum of Cagliari. The work is similar to those found in the Aegean. Amongst the Bronze Age ruins stands the Nuraghe Nuritzi complex, of which the fortified tower still stands. The Nuraghe Simieri is connected to the Santu Teru of Senorbì, where a Nuragic masterpiece was found - the bronze of a horned soldier. It arises on the Bruncu Simieri, a clear weathering of ‘Monte dei Sumeri’, where the ziqqurat - temples - where usually erected on the peaks, in contact with the sky. It is not unlikely that in the Eneolithic era, a ziqqurat was knocked down by the Nuragic peoples to extract materials useful for building their settlement. Near the Nuraghe of Bruncu is Olias and Bruncu sa Figu, the remains of a Tomb of Giants and a sacred well emerge.

Discover the ‘heart’ of Trexenta, an ancient granary in Rome, set in a town of deep-rooted traditions, with historic buildings of worship and an evocative prehistoric heritage