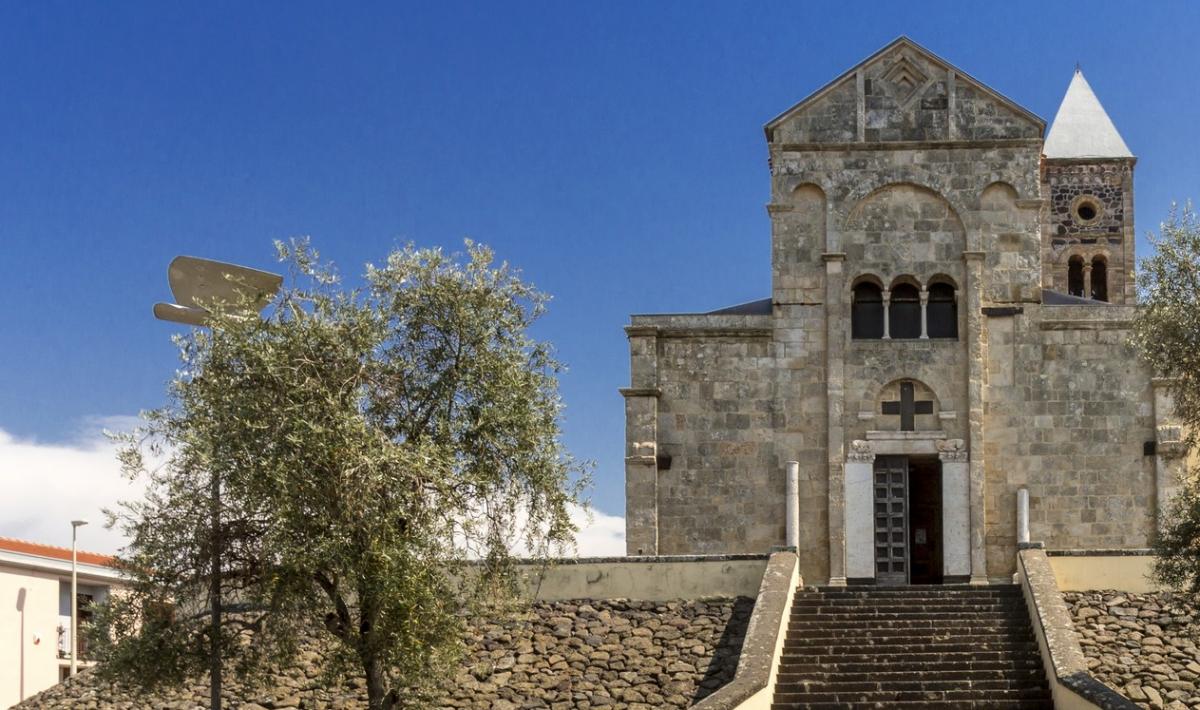 Heir of an ancient city, Santa Giusta is an important town of the upper Campidano area in central-western Sardinia, surrounded by lagoons and characterised by a majestic basilica
© OpenStreetMap contributors

Once a Phoenician colony named Othoca, the ‘ancient city’ in contraposition with Neapolis arose following the work of the Carthaginians. From a promontory, it was dominated by the lagoon - at that time a navigable gulf – with its north-eastern shore lapping the present inhabited area. Santa Giusta rises from the ashes of one of the first cities of the island, founded in the second half of the 8th century BC along with Tharros and Sulky, which later became a Roman municipium, before being abandoned in the Middle Ages when, under the Giudicato of Arborea, the population was concentrated around the Cathedral of Santa Giusta. The majestic basilica, built between 1135 and 1145, was the seat of diocese until 1503. It appears in all its grandeur on a hill on the main street, a Romanesque ‘temple’ named after the martyr who gives the town its name, celebrated in mid-May. Some of the basilica’s columns hail from Tharros and from the same Othoca, of which there are also two arches of the bridge on the Rio Palmas that date back to the Roman era. Here, two arterial roads intersect, the western coastal road and the Karales-Turris road - once a military and commercial junction, as is testified by the Itinerarium Antonini (III AD) and the rich finds discovered within the necropolis (firstly Phoenician-Punic, then Roman). The burial site, with various kinds of tombs, extended within the area of the 17th-century Chiesa di Santa Severa, the saint celebrated at the end of September in conjunction with the food festival, Sagra de Is Malloreddus a Sa Campidanesa. The feast of St. John the Baptist, held at the end of June, is associated with the sheep festival.

Today, Santa Giusta is a town of 5,000 inhabitants, built on agriculture, fishing and industry (thanks to the port), practically joining Oristano, the Municipality of the province with the highest rate of population growth. From the hill of the cathedral, the gaze extends to the Stagno di Santa Giusta, the third Sardinian wetlands in terms of extension (800 hectares), an environmental and economic resource whose low waters are furrowed by Is Fassonis, prehistoric boats and the protagonists (ever since 1978) of a regatta sui generis on 1st August. From the dried mullet eggs fished from the pond, the fisheries prepare the delicious bottarga. Here, the grey heron and the mallard have found their habitat. The pond is connected to the smaller Pauli Figu and Pauli Majori, surrounded by thick reeds, where black-winged stilt, flamingos and western swamphen live. The vegetation of the lagoon has long provided raw materials - asphodelus, chamaerops and wicker used for the homemade baskets. Other precious handmade products are tapestries and carpets, made with horizontal looms and of evident Byzantine influence. Not only lagoons, there is also the sea with the great Santa Giusta beach, mountains, with the Monte Arci park, a splendid natural oasis rich in deposits of obsidian - the ‘black gold’ of prehistory and the raw material of the oldest human remnants of the Santa Giusta territory, dating back to the ancient Neolithic period. The largest haul comes from the tomb of a necropolis dating back to 3700-3300 BC: a statuette of the Mother goddess of just seven centimetres. The heights and lagoons were enriched by increasingly-dense settlements in the recent Neolithic period and then in the Bronze Age, with the Nuraghe Nuracciana, Nuragheddu, Sassu and the basilica’s hillock.

A place with a thousand attractions: lagoons and the sea, cultivated fields and luxuriant elevations, remnants of ancient civilisations and a huge Christian temple, all enriched by the local traditions and delicacies 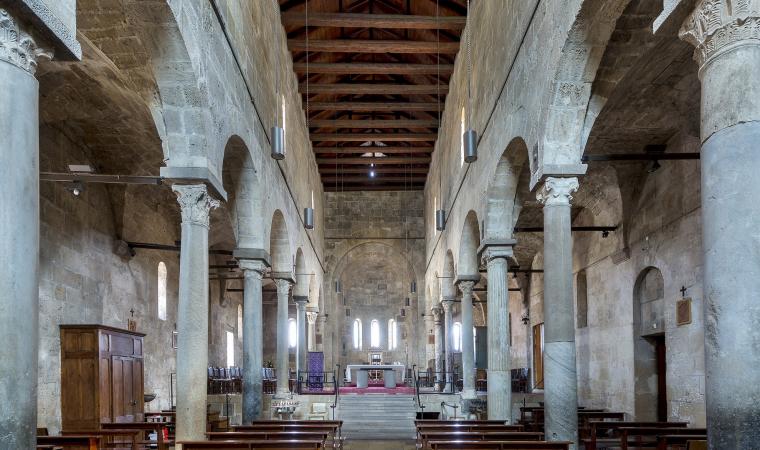 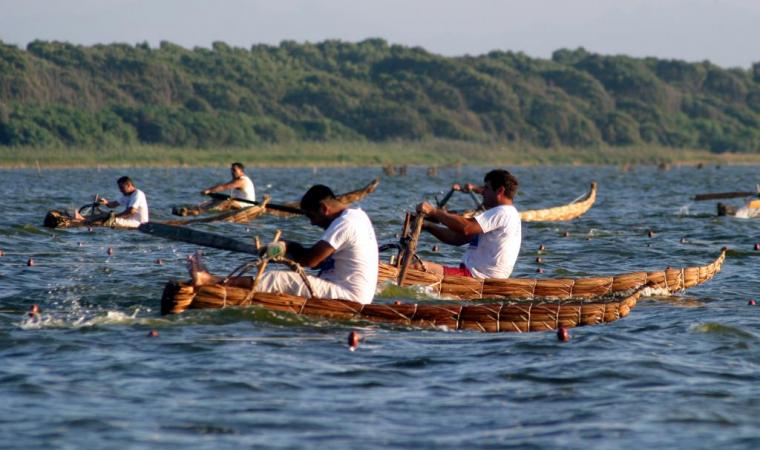 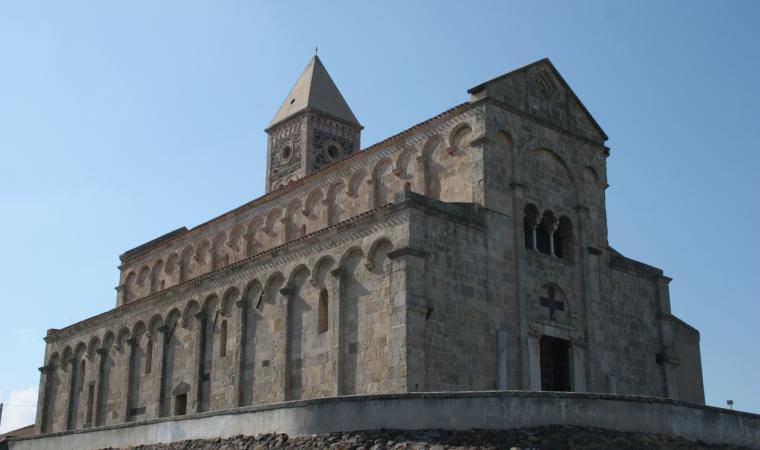 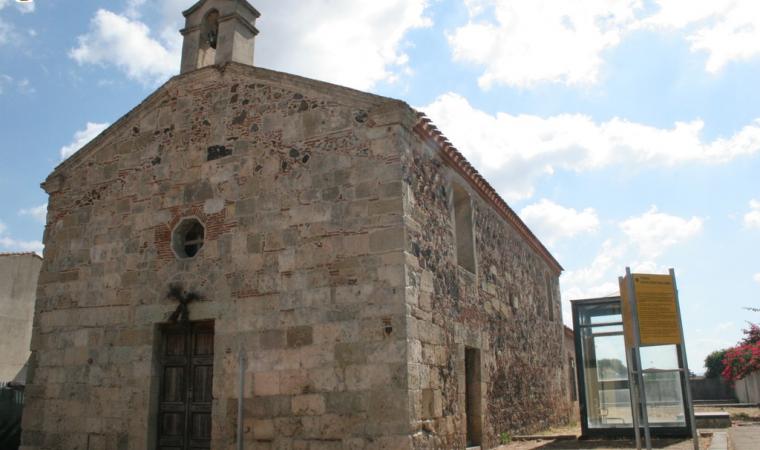