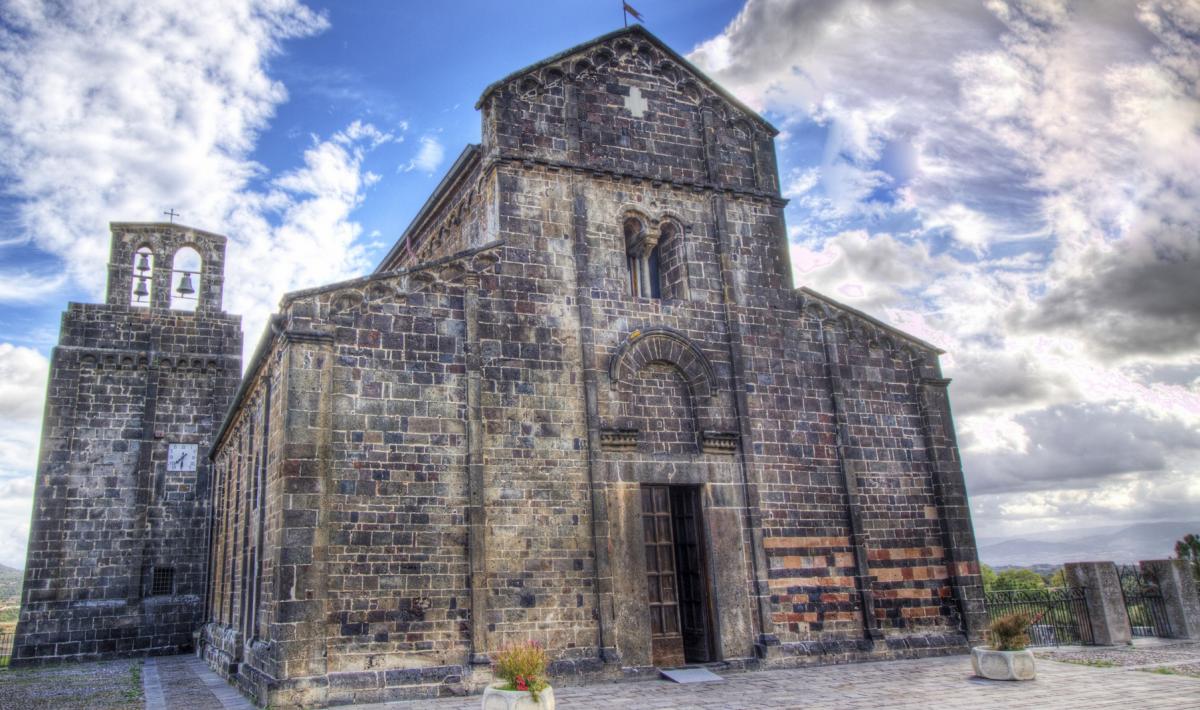 In the north-western part of Sardinia, in the province of Sassari, one of the most distinctive churches appears like a black mark on the greenery of a mountain
© OpenStreetMap contributors

It stands with imposing darkness at the entrance to Ardara, a village in the Lugodoro region, perched on the slopes of Montesanto. The basilica of Nostra Signora del Regno is located near the ruins of a royal palace, a contemporary building that was once the place in which the Giudici (judges) of Torres resided. The Giudici would take oaths at the church altar and it was here that they were buried. It overlooks the plain below from high up on a hillock: its secluded and dominant position adds to the charm of this building made of jet-black ashlars of 'ferrous' trachyte. It was originally just a chapel: Giudice Comita (or perhaps his sister) was responsible for enlarging it in the second half of the 11th century. The expansion of the church was terminated by Pisan workers in 1107, as can be seen on a consecration inscription on the altar. An extraordinary monument was built and it is one of the most important pertaining to Romanesque architecture in Sardinia, characterized by simplicity and grandeur. It will strike you with the contrast between its black basalt stone and the gold sixteenth-century altarpiece.

An arched portal opens up on the façade, which is divided into five segments by pilasters. The bell tower stands against the northern side of the building. There are pillars along the three naves and the two lateral naves have cross vaults, while the central one has a wooden ceiling. The main Retable is in the apse: it is the story of Salvation, told by the images of prophets, patriarchs, saints and the blessed Virgin Mary. The author and date (1515) are indicated on the altar-step. Inside, you can also admire a series of eighteenth-century frescoes, depicting the twelve apostles and the four fathers of the Church, as well as the Smaller Retable, a wooden pulpit that narrates the Passion of Christ. Another valuable work of art, dating back to the early 12th century, is the processional banner: the Virgin Mary with Child is painted on one side, while the Veil of Veronica with the face of Christ is painted on the other. It is the protagonist of the celebration honouring the patron saint of Ardara, which is attended by flocks of worshippers. The celebrations culminate in a procession on 9 May, accompanied by the choir of Sos Gosos, singing praise to the Virgin Mary. Following this, there are songs, dances and folk exhibitions.

On the subject of places of worship, you can visit the nearby extraordinary Nostra Signora di Castro (12th century) and the Basilica of Sant'Antioco di Bisarcio, one of the most important Sardinian Romanesque churches. Also in the surrounding area, don't miss the castle of Monte Acuto, the Grotto of San Michele, which led to the formation of the 'Ozieri culture' (3200-2800 BC), the Nuraghe Burghidu and the Roman bridge on the Rio Mannu river.

You will notice a very dark religious building at the top of a slope, unique in Sardinia for its spectacular position, majesty and type of materials from which it was built 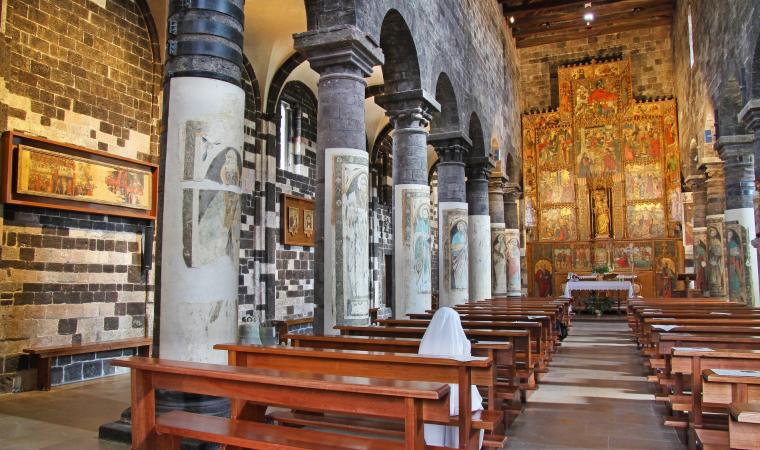 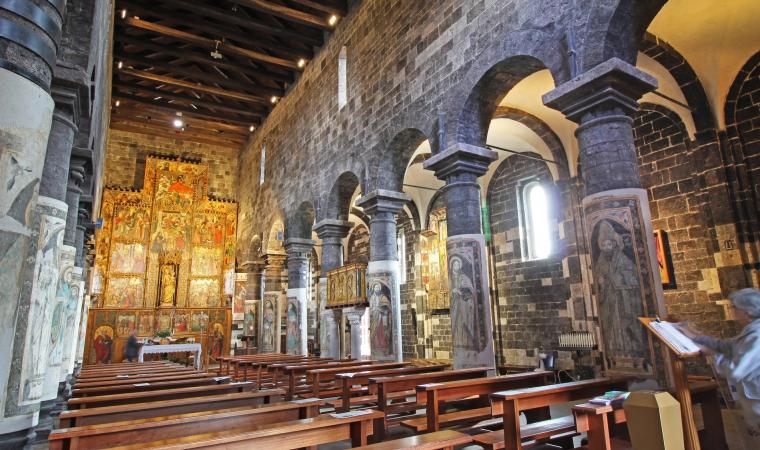 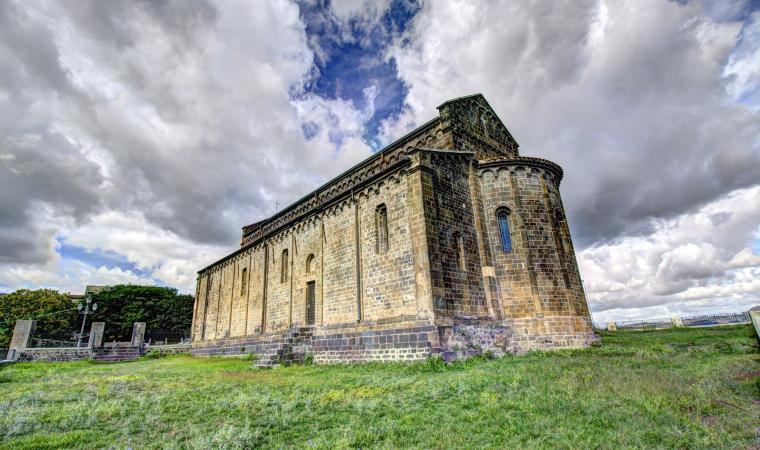