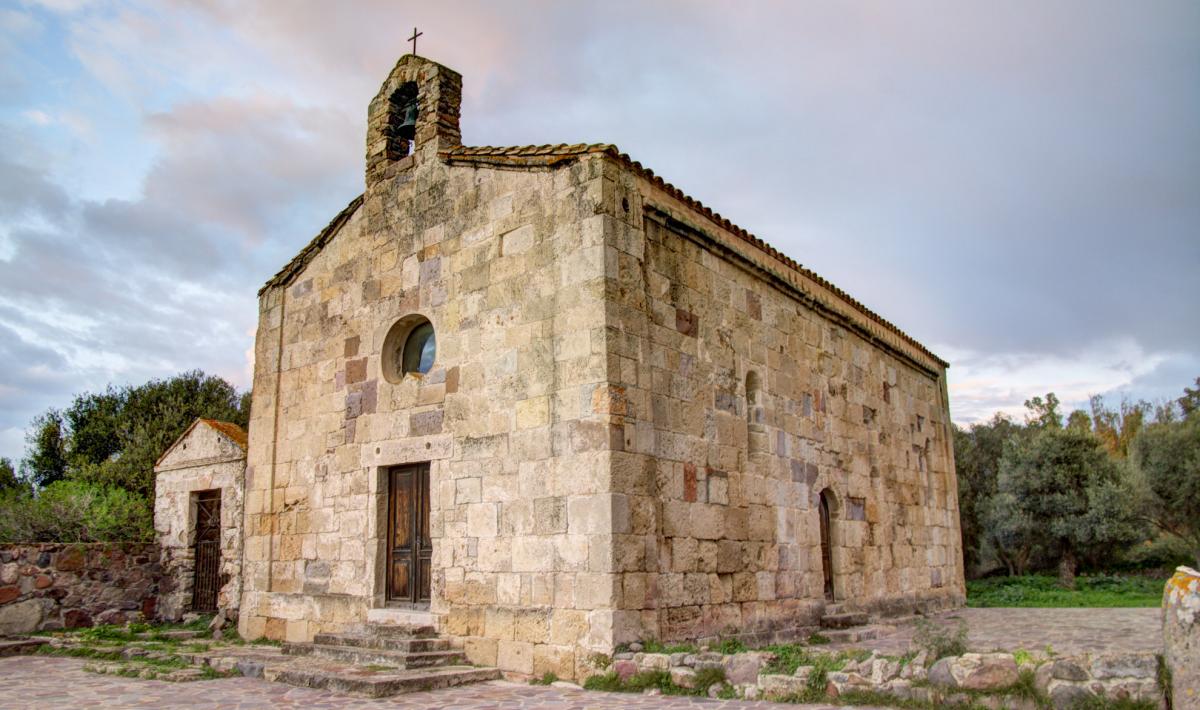 A municipality in the sub-region of Sulcis, five kilometres from Carbonia, in the southwestern part of Sardinia, with Byzantine origins and boasting ancient buildings, beautiful beaches and archaeological sites
© OpenStreetMap contributors

Created out of the progressive joining together of several settlements, it is located on the Sulcis plain, near the lagoons of Porto Botte and Sant'Antioco, where you will observe herons and flamingos. San Giovanni Suergiu is a village with six thousand inhabitants and made up of four main districts (San Giovanni, Palmas, Is Urigus and Matzaccara), as well as a myriad of smaller urban concentrations. Its urban history began in the Byzantine age, in the 9th century, with Villa di Palmas di Sols, a village that developed thanks to the abandonment of the ancient towns of Bithia and Sulci. Still remaining from that flourishing period, you can see the ruins of the Palmas Castle (11th century) and the little church of Santa Maria (12th century), the main place of worship of that period. In the eighteenth century, around the old Palmas di Sols, various Medaus and Furriadroxius, small villages, were formed, including that of Suergiu, which became a nucleus of the future village, known as Palmas Suergiu (1853). It underwent remarkable expansion and, in the first half of the 20th century, rapid industrial development. The Power Plant of Santa Caterina, now an abandoned site that can be visited, and coal and magnesium refineries were established. In 1952, the Municipality took on its current name: the name of the patron saint was added to the name of one of the medaus, around which it developed. In the old town centre, you will see the Late Romanesque ruins (façade and one wall) of the old church of San Giovanni Battista (14th century), a parish church until 1936. The new parish church of San Giovanni was built in 1959. On the façade you can admire a mosaic by Filippo Figari. The most heartfelt festivity in honour of the saint takes place on 24 June. It is also repeated at the end of August, when you can taste the traditional pastries (piricchittus and pistoccus de crobi).

San Giovanni Suergiu boasts a beautiful stretch of coastline and, in particular, you will be able to enjoy the soft sand and the crystal clear sea at the beaches of Porto Botte and Punta Trettu and the coast of S'Aqua Salida and Sa Terredda. The territory was already inhabited in the Pre-Nuragic period, as is confirmed by the necropolis of Is Loccis Santus, made up of 13 Domus de Janas. There are countless traces of the Nuragic age: Tombs of Giants, sacred wells, three complex Nuraghi and numerous other single-towered ones. The maximum expressions are the Nuraghi of Is Meurras and the impressive complex of Craminalana, with nearby Tombs of Giants (and anti-aircraft posts from the Second World War). The territory continued to be frequented later on: in Sa Guardiedda, on the lagoon between Sulki and Monte Sirai, there is a dock from the Phoenician-Punic period, still visible today.

Not far from Carbonia and from the sea, a visit to this village in the Sulcis area will charm you with its long history and evidence of prehistoric times, after which you can relax on its beaches 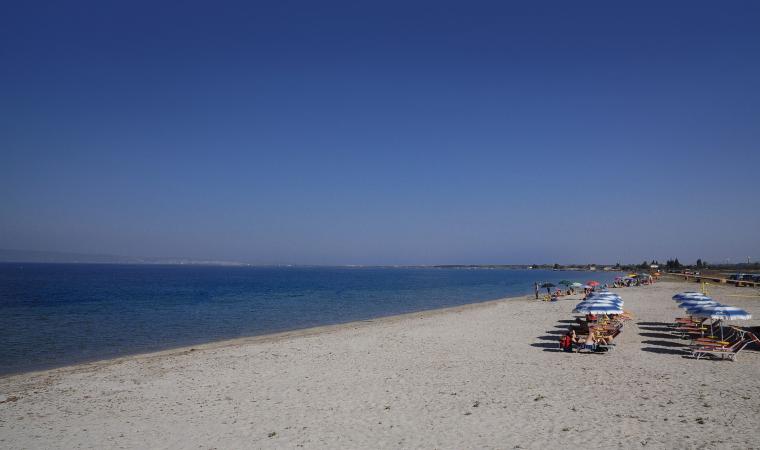 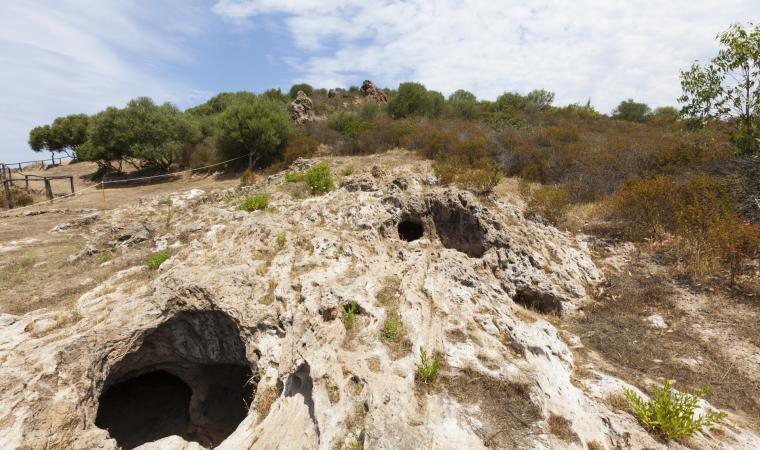 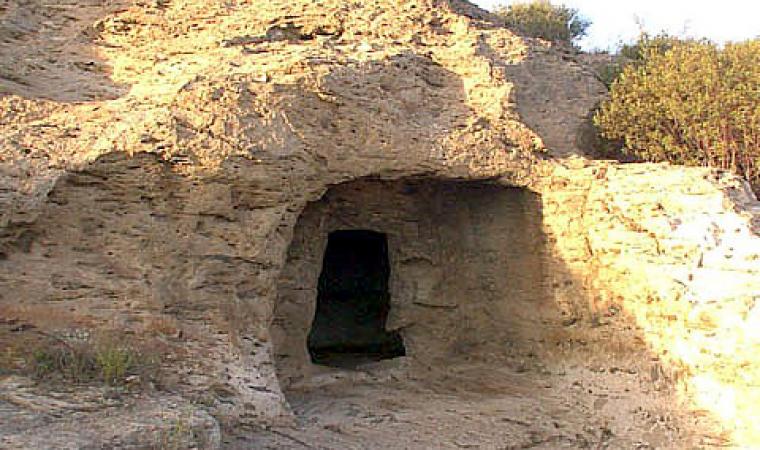 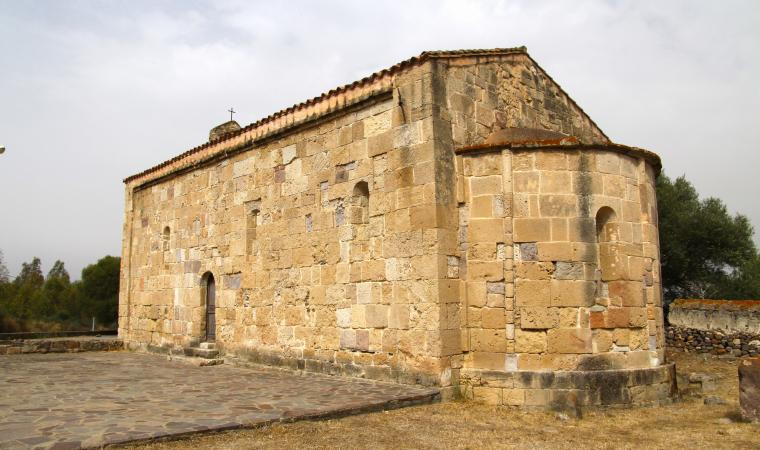